What exactly are artisanal fisheries?

I arrived in Cartagena, Colombia, in mid-September 2016 ready for one of the biggest adventures of my life. Doing research in Colombia, particularly shark research, has been one of my life-long dreams since I left my country as a child in search of greater education opportunities. 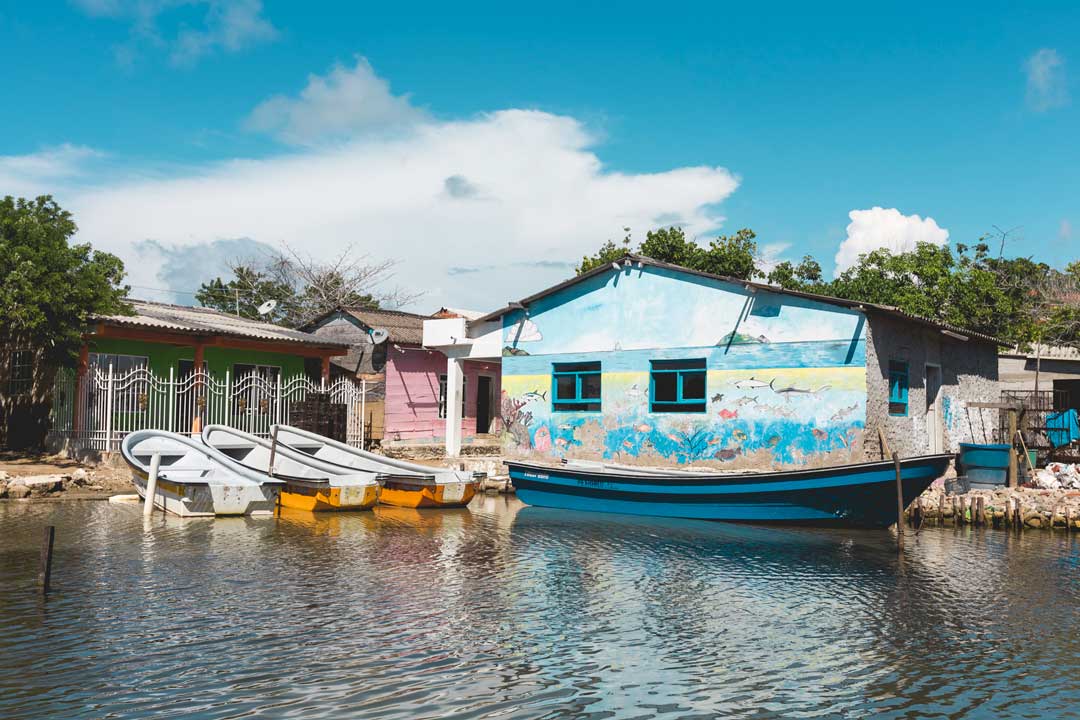 Artisanal boats docked next to the building where a fishing cooperative meets. You can tell by the wall paintings how important the ocean is to the local people’s lives. Photo © Julián Rodríguez

When I was given the opportunity to pursue my doctoral studies in shark research, I made it my goal to design a study that would include my native country. Thanks to the Save Our Seas Foundation, I was granted the opportunity to travel to Cartagena and its surrounding islands to interview artisanal fishers. Although people like to use different terms like small-scale fisheries, artisanal fisheries and sustenance fisheries interchangeably, and although all these definitions might be applied to one single fishery, they have slightly different denotations. 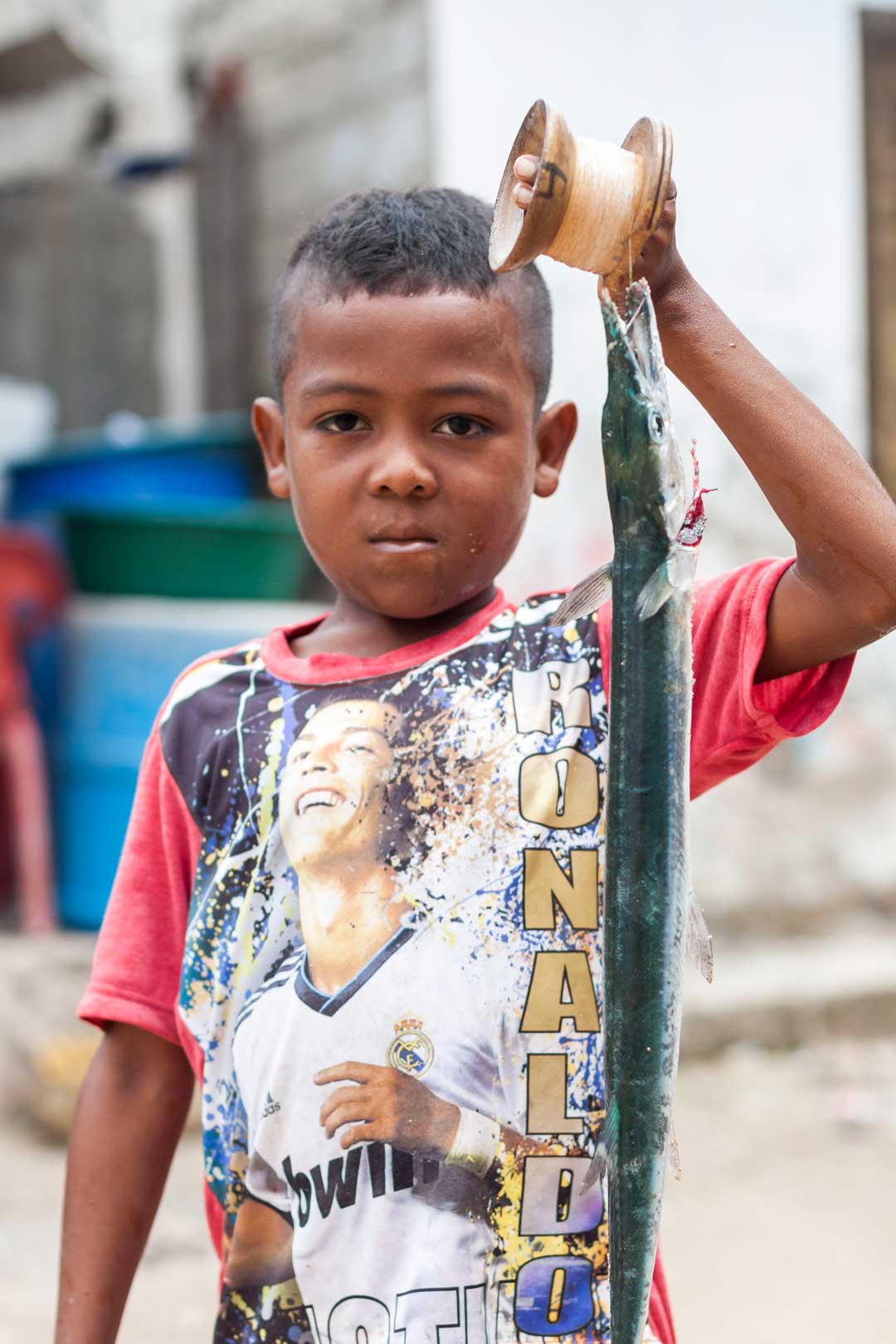 A 10-year-old local shows off the fish he caught by the traditional hand-reel method, which is commonly used by Colombian artisanal fishers. Photo © Julián Rodríguez

Artisanal fisheries are those that use a relatively low level of technology: small canoes or boats instead of larger, more powerful vessels; no engines or very simple low-power engines; and traditional fishing gear such as spears or hand reels. These fisheries represent an important socio-economic and cultural aspect of coastal communities, and their impact on coastal reefs and vulnerable mega-fauna may be significant.
The ‘small’ in small-scale fisheries refers to the size of the fishing boat and the size of the crew on the boat. ‘Small-scale’ can be misleading, however, since although the size of the fishing unit is small, the extent and prevalence of this type of fishery on a global scale is not. In fact, about 95% of fishers worldwide are small-scale fishers and it is estimated that as much as 50% of the global landings come from small-scale fisheries. 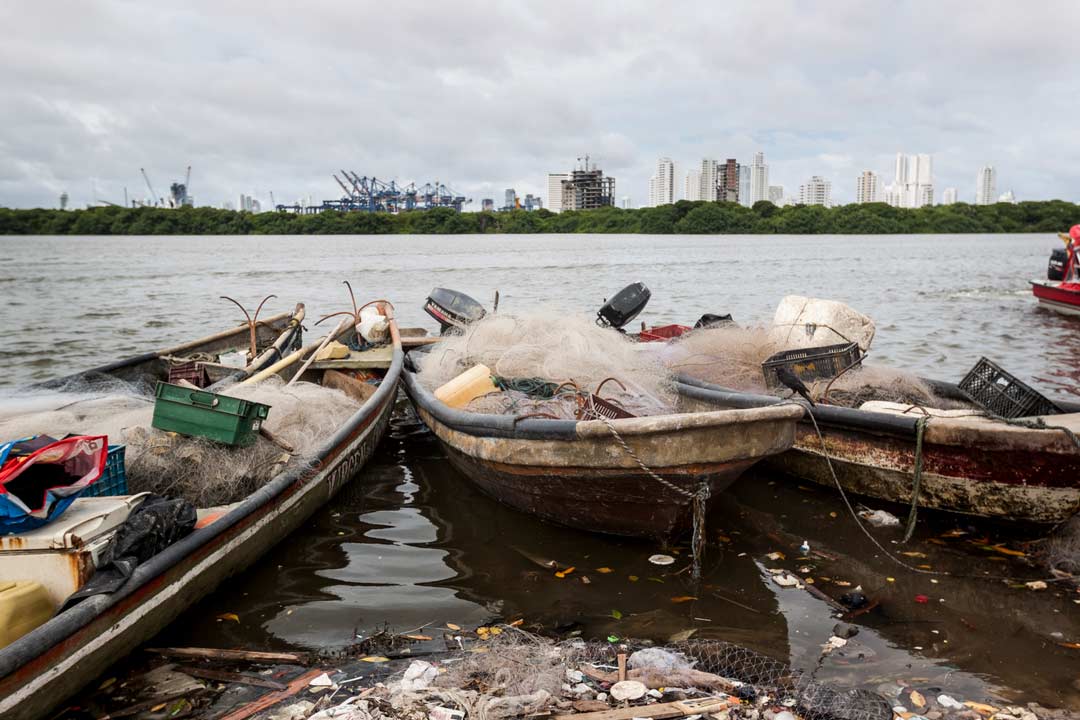 Small-scale boats with various types of gear pulled up on the beach. A characteristic of artisanal fisheries is their use of different types of gear to catch a wide variety of species; the fishers try to catch whatever they can with the gear they have at their disposal. Photo © Julián Rodríguez

If you think about it, recreational fishing (when people go out to fish for sport and fun) is a kind of small-scale fishery, since the boats are usually small (compared to an industrial ship) and only have four or five people fishing on them. This kind of fishing is not considered artisanal, though, because most of the boats have fancy and expensive equipment.
Finally, the term sustenance fishery describes fishing in order to feed the fisher’s family – in other words, to survive. The fishers that I had the privilege of working with in Colombia fall under all three of these definitions, and it was for this reason that I travelled to Cartagena and its nearby islands. 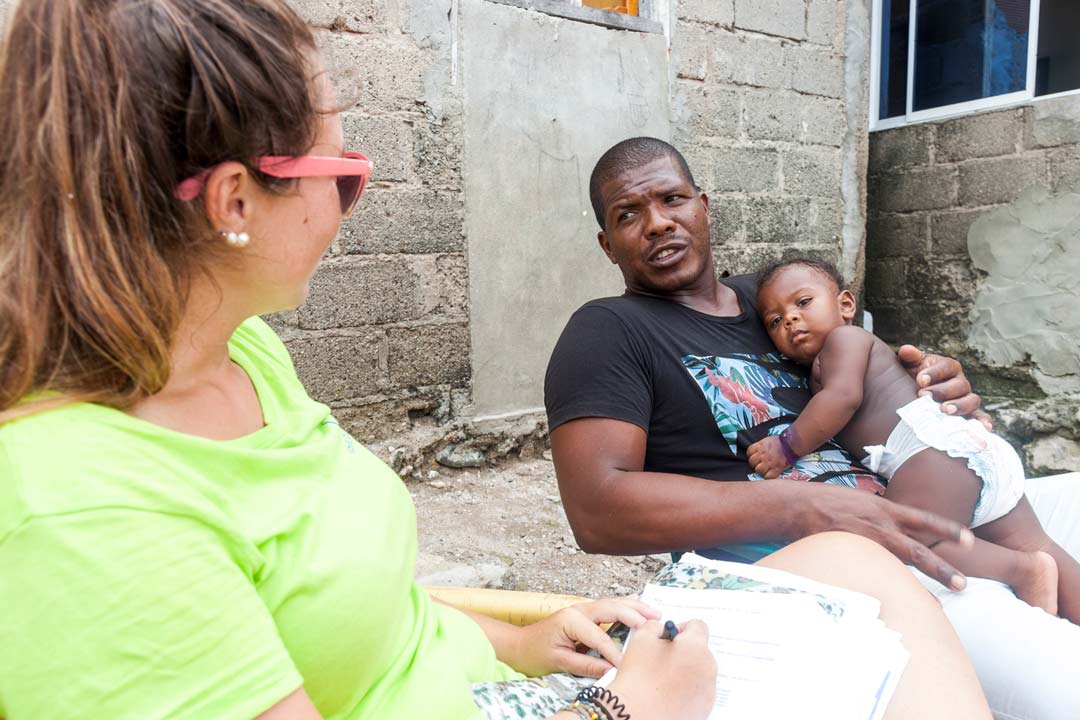 Often when I was interviewing a fisherman, he was surrounded by his family, including his wife, his parents or his children. Reliance on family and the local community is very important for Colombian sustenance fishers. Photo © Julián Rodríguez

When I arrived in Cartagena I spent a few days assembling the personnel and tools I needed before heading out to my first site, Isla Grande. This island forms part of Colombia’s National Natural Park Rosario and San Bernardo Islands (Parque Natural Nacional Islas del Rosario y San Bernardo). The national park is a marine protected area that prohibits industrial fisheries (large-scale commercial fisheries) within it, yet artisanal fisheries are still allowed due to the large number of native islanders that depend on them. This made the Rosario and San Bernardo Islands an ideal place to start my research on the extent and effects of artisanal fisheries on local reef elasmobranch populations. But more of that later… Stay tuned to hear about the beginning of my journey! 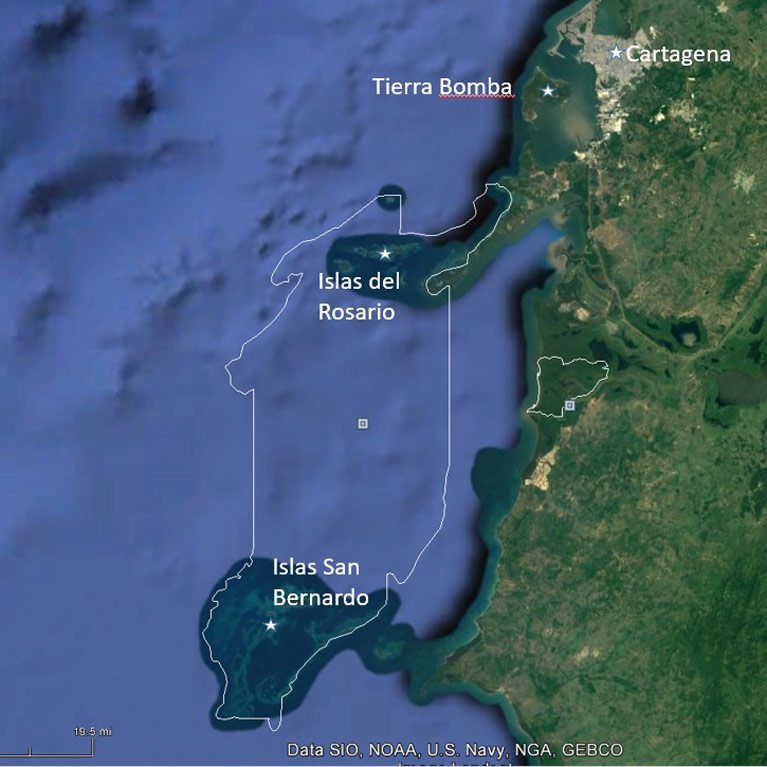 Pictured here is the outline of the Rosario and San Bernardo Islands National Natural Park, which is also a marine protected area. In the northern part lie the Islas del Rosario archipelago, while in the south is the San Bernardo archipelago. Also starred are my two other field sites outside the marine protected area, the city of Cartagena and the island Tierra Bomba.