Whales in the wild and on the web

‘Tons of orcas in Seaforth.’ This is a welcome text on any day, but especially near the opening of a field season dedicated to tracking a marine mammal that so far has remained elusive. After a week of using two remote cameras to survey cetaceans without even the tip of killer whale dorsal fin peeking through the waves, this was exciting news. 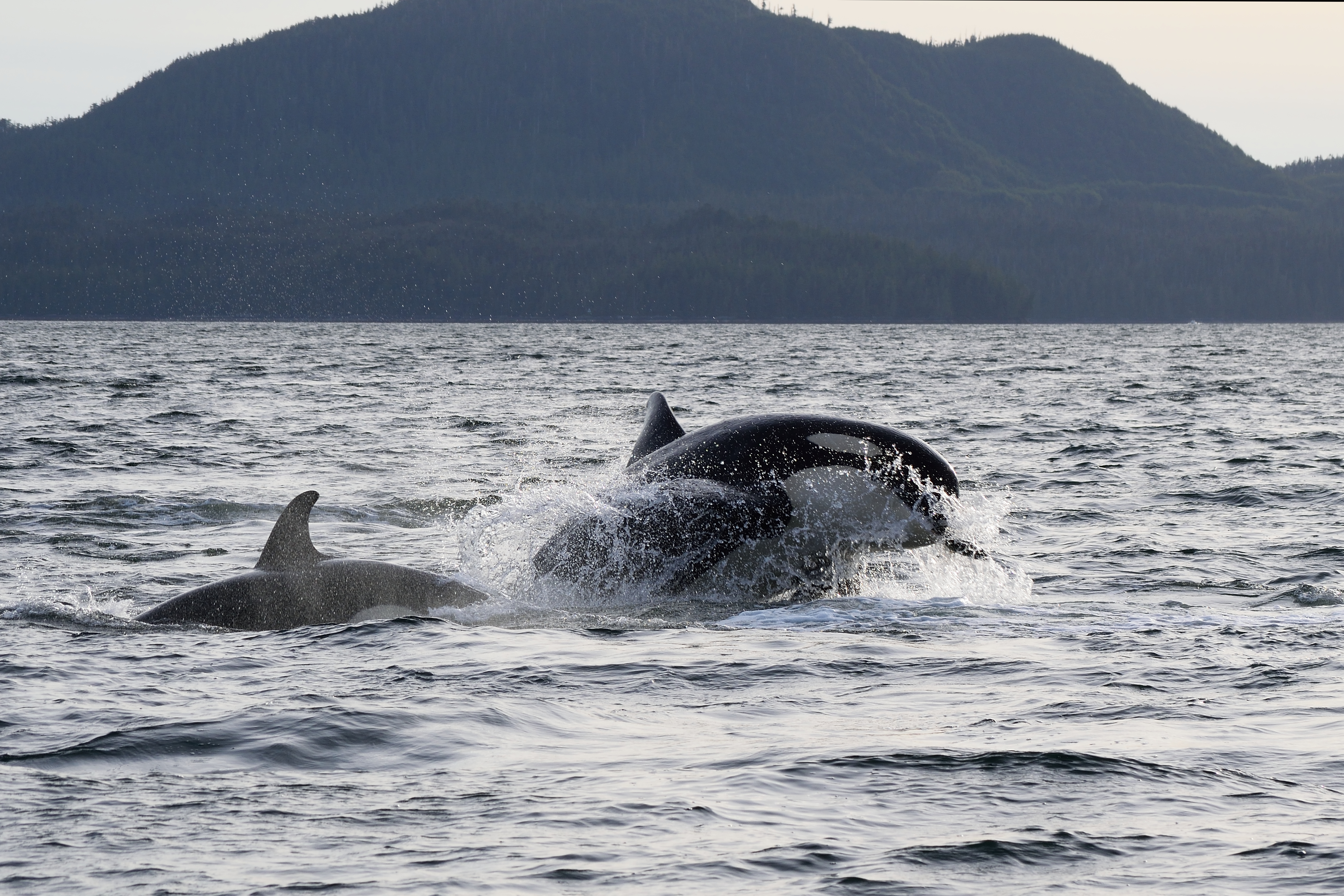 A northern resident killer whale leaps out of the water with a salmon in its mouth. © Photo by Diana Chan.

Together with members of Pacific Wild’s Great Bear LIVE summer team, Arne and Ben, we set off in our speedboat for Seaforth Channel, just around the corner from our headquarters in the heart of Canada’s Great Bear Rainforest. It didn’t take long to realise that the text message hadn’t been an understatement. 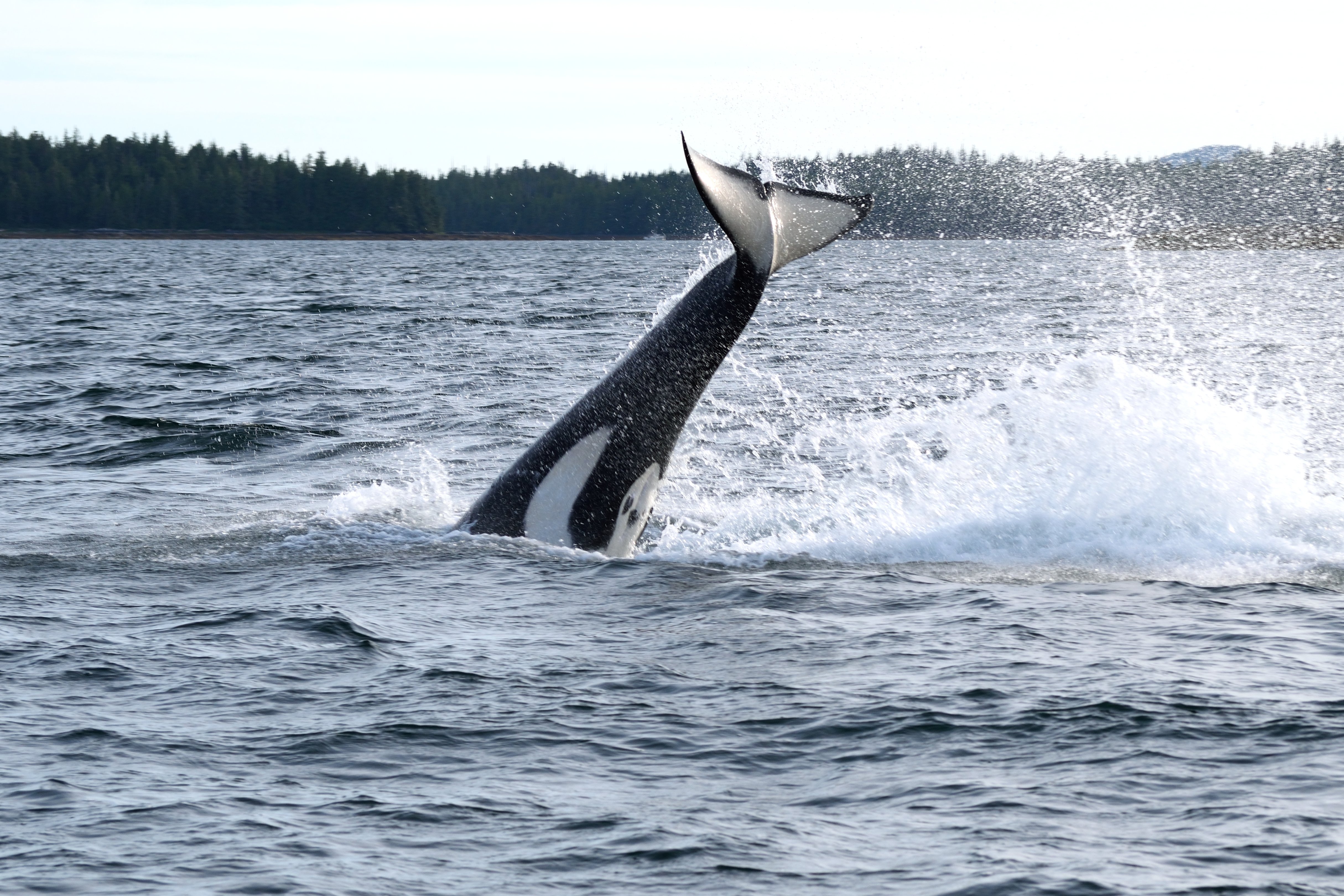 On the hunt, a killer whale dives into the water not far from Pacific Wild headquarters. © Photo by Diana Chan

Forty to 60 killer whales – more than I had ever seen together before – were spread across the channel as far as we could see. We spent the next few hours taking ID photographs of as many individuals as possible. Meanwhile, these northern resident killer whales (Orcinus orca) hunted for salmon and socialised with one another, displaying a wide variety of behaviours that included spy-hopping, tail-lobbing and surface vocalisations. 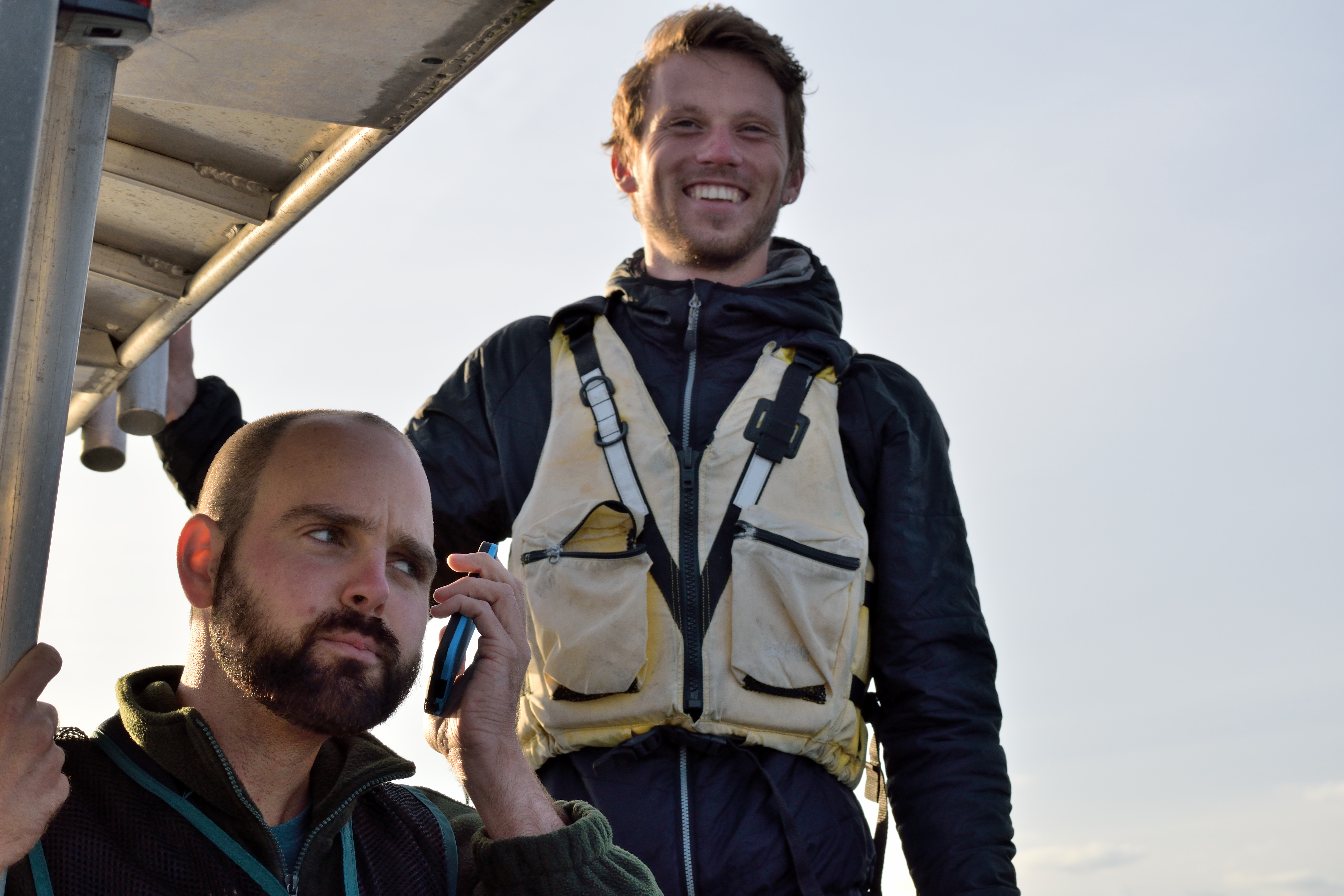 In range of our Dryad Point hydrophone, Arne listens in on his cell phone to the live feed on our website Meanwhile, Ben is all smiles during his first killer whale encounter in the wild. © Photo by Diana Chan

Energised by the experience, we returned to the float lab early the next morning. We resumed monitoring our live feeds, anxious to see (or hear) if any of the matrilines that we had seen the night before would reappear on the Great Bear LIVE cameras or hydrophones.

We were in luck! Later that morning, and again in the afternoon, we caught sight of northern residents on our camera on the outer coast and heard their calls on the corresponding hydrophone. Those of you who are already on the Great Bear LIVE Alert list will have received the message to tune into the live streams on our website, but for those of you who aren’t, or couldn’t make it to the cameras on time, here’s what you missed:

As a top predator, the killer whale can be an indicator of the overall well-being of an ecosystem: a healthy population signals a healthy ocean. Last week was an encouraging reminder that although the species is threatened, it’s not too late to protect it – and the entire integrity of the Great Bear Sea ecosystem.

Diana Chan (@DianaEChan) is a conservation biologist with Pacific Wild, a conservation group based in and advocating for the protection of the Great Bear Rainforest. On behalf of Pacific Wild, Diana would like to acknowledge the support of the Save Our Seas Foundation, which makes this monitoring and research possible.