A group of sawfish saws that are used by the Phillips Lab for outreach. Photo © Annmarie Fearing
By Tonya Wiley, 15th February 2021

Environmental DNA (eDNA) research is more than simply taking water samples and magically finding out if your target species was detected. Being sure your team is using the latest, most sensitive methods and taking steps to avoid false negatives (for example, if you don’t filter enough water) and false positives (for example, if you don’t keep your equipment ultra-clean) is key, especially when conducting research on rare species like sawfish, which require special management and conservation actions. Researchers from Florida Fish and Wildlife Conservation Commission and The University of Southern Mississippi are studying the endangered smalltooth sawfish, which is currently found in less than 20% of its former range with viable populations confined to the United States and The Bahamas. We wanted to explore eDNA as a potential tool for monitoring recovery of this species to aid in prioritizing where to focus future research and education efforts. 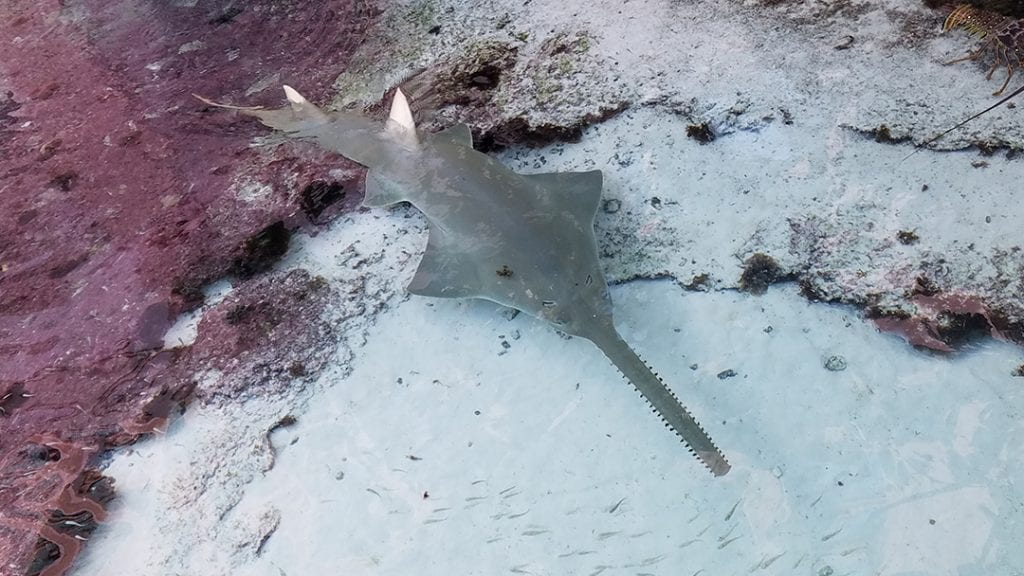 The current U.S. smalltooth sawfish population is restricted to the south and southwest Florida, which is referred to as the core range by recovery planners. Anything outside this core range is considered the non-core range and will be looked at as potential areas for recovery. Therefore, we chose the Indian River Lagoon on Florida’s east coast and Tampa Bay on the west coast to focus our eDNA sampling. Based on what we’ve learned in recent years about habitat use by juveniles and temperature sensitivity of the species, these estuaries are likely candidates for range expansion and new nursery establishment if the species begins recovering.

The Indian River Lagoon stretches along about one-third of the east coast and historical scientific literature suggests that this estuary was once a thriving nursery for the smalltooth sawfish. Currently, the southern portion of the lagoon has the habitats and temperature regime to support the species, so we targeted this area for sampling. Of the 60, three-liter water samples we collected and filtered, five were positive for smalltooth sawfish DNA! Unfortunately, we can’t identify the maturity stage of individuals from the eDNA. However, since the samples were collected well within the estuary, there is a good chance the sawfish were immature since adults tend to be found in the ocean. 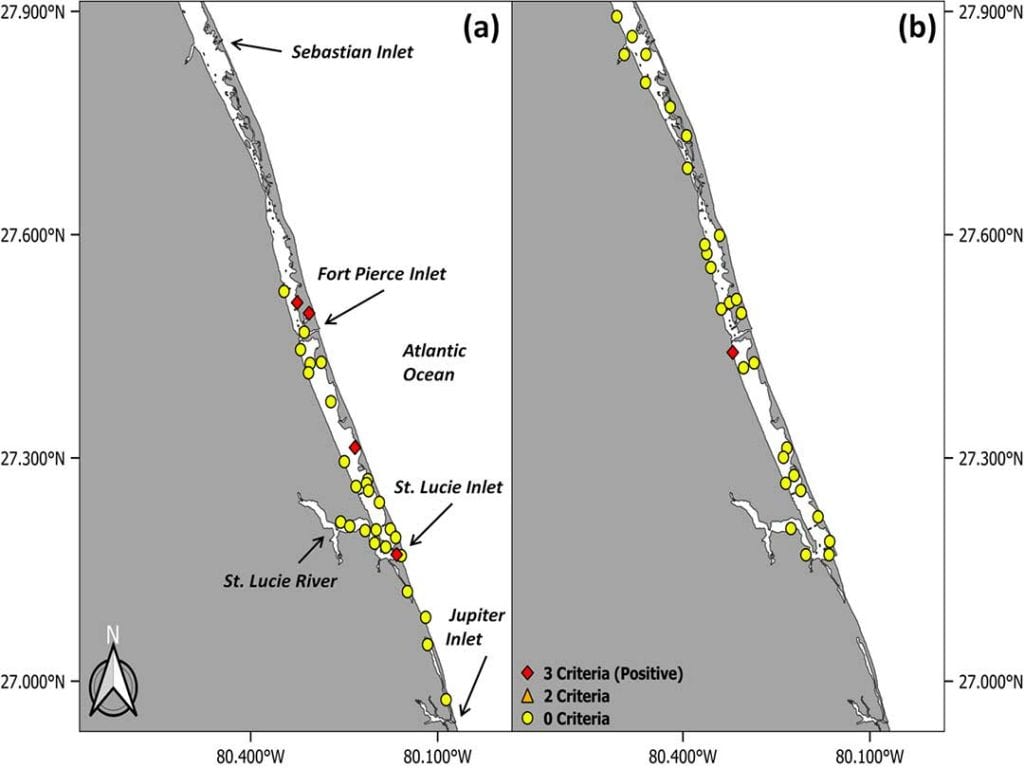 Tampa Bay is at the northern limit of the current core range of the species on the west coast. We targeted portions of this estuary near habitats likely to support juveniles. Of the 50 water samples analyzed, unfortunately, none were positive for smalltooth sawfish, but we do get the occasional sawfish sighting in the estuary, so we know there are at least a few around. These data have already been used by the Tampa Bay sawfish research leader Tonya Wiley (and Sawfish News author), as one line of evidence to help select sample sites for catching and tagging smalltooth sawfish. 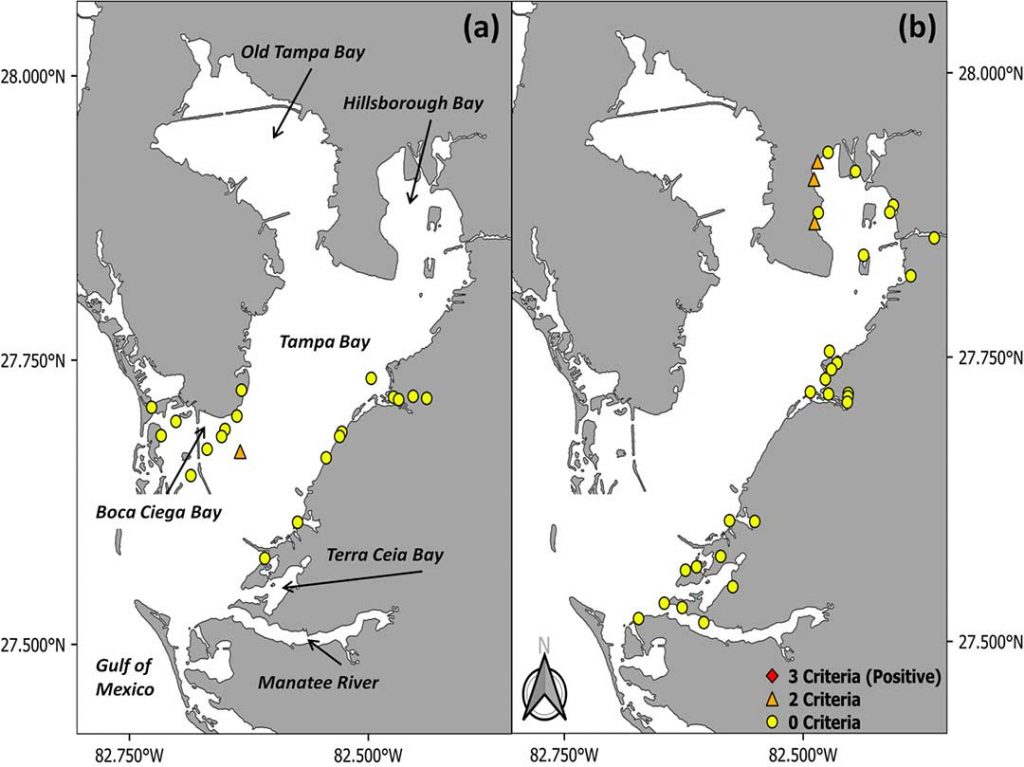 If you want to learn more about sawfish eDNA research click here.

You can also help scientists track recovery of the population and steer research efforts by sharing information about your sawfish encounters by visiting www.SawfishRecovery.org, calling 1-844-4SAWFISH, or emailing sawfish@myfwc.com.