When you buy fish, are you really getting what you are paying for? This is what this project aims to find out. The mislabelling of seafood has never been investigated in Guatemala, nor has any research been conducted on the shark and ray species being sold and consumed. Although it is known that sharks and rays are exploited by artisanal fisheries, it is much harder to trace where those sharks and rays end up once the fisher has sold them to the intermediary. We don’t know which of these species are commercialised and consumed in the country and whether any in the market are vulnerable. 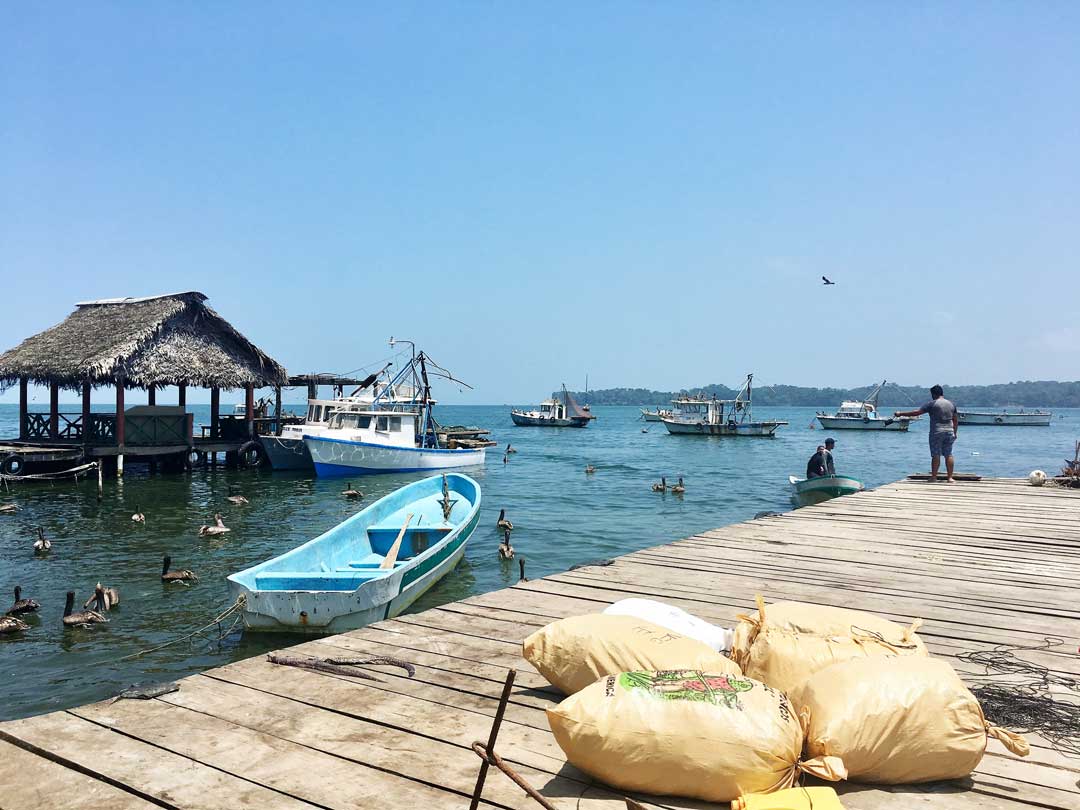 Packets of dried and salted shark and ray fillets on a fishing deck on the Caribbean coast, ready to be transported to Guatemala City. There the fillets will be sold as pescado seco-salado (dried, salted fish). Photo © Ana Hacohen 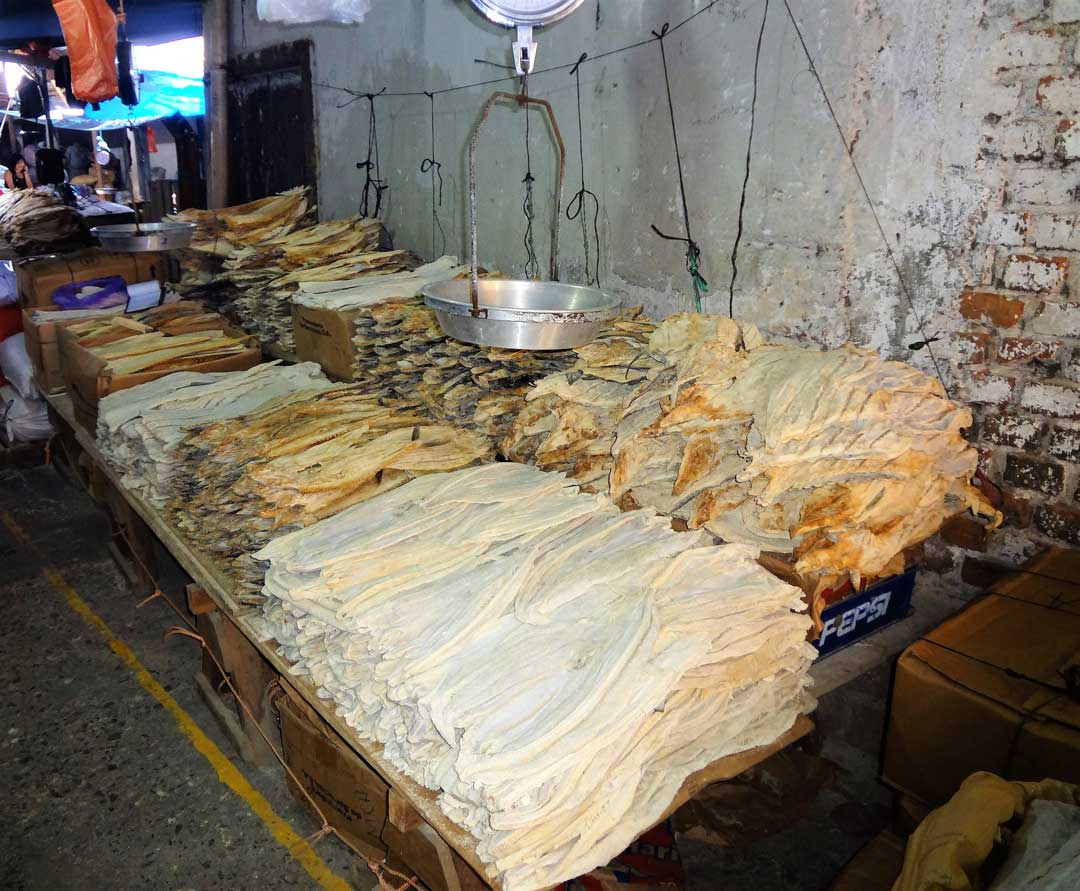 Different kinds of dried, salted fish for sale at a market in Guatemala City. Photo © DIPESCA-MAGA

Over the past couple of months, we (my colleagues from Fundacion Mundo Azul and myself) have been visiting several markets and supermarkets on Guatemala’s Pacific and Caribbean coasts and in its capital, Guatemala City. We have been shopping for seafood to use for DNA testing so that we can find out which elasmobranchs are being sold and consumed and whether or not mislabelling is common in Guatemala. So we have been shopping for different kinds of fish fillets (dried, salted and fresh), some of which come from sharks and rays. 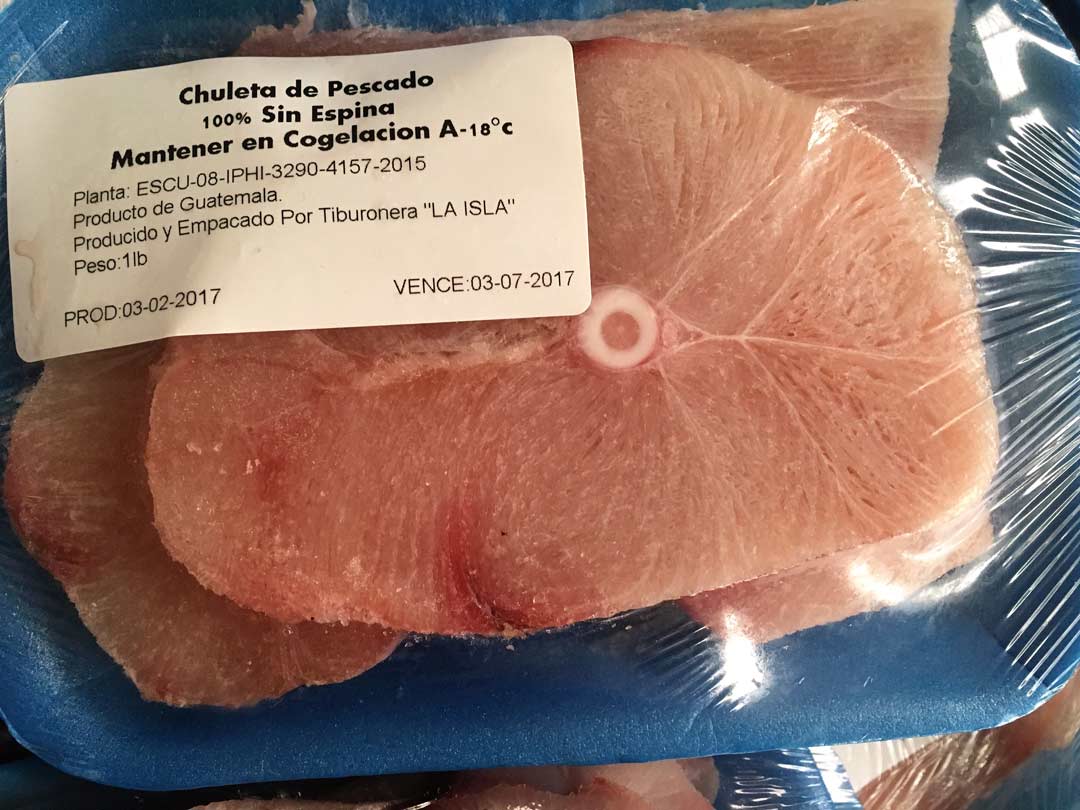 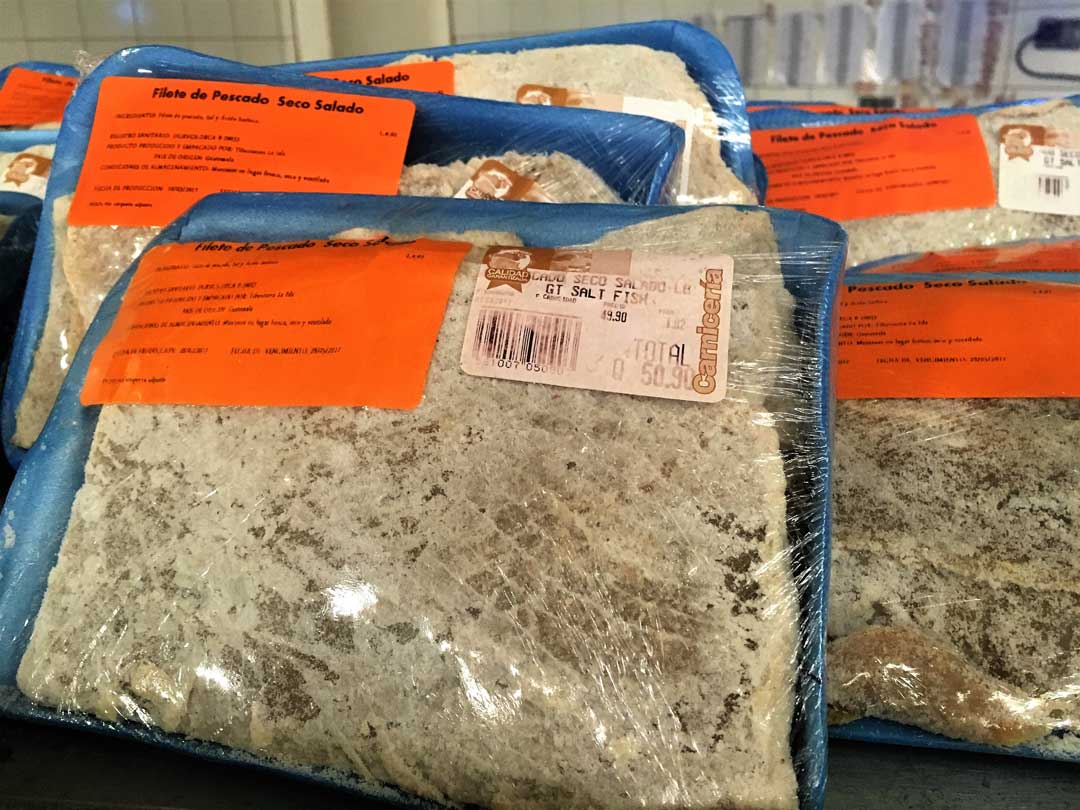 Going to markets and supermarkets has been both fun and exciting. It has been fun because it has felt like we are playing detective, which includes looking for different fish options and discreetly taking photos. For some reason, taking photos with your cell phone or camera in a market always makes the vendors nervous, which in some cases has meant making up stories about why we need a photo of a specific fillet (such as to show our mother and ask if this is the fish she wants to cook). Sometimes we pretending to text someone, but take a quick photo instead. Playing detective has also meant asking questions and trying to play a character who is really curious about the kind of fish they’re buying and eventually eating. 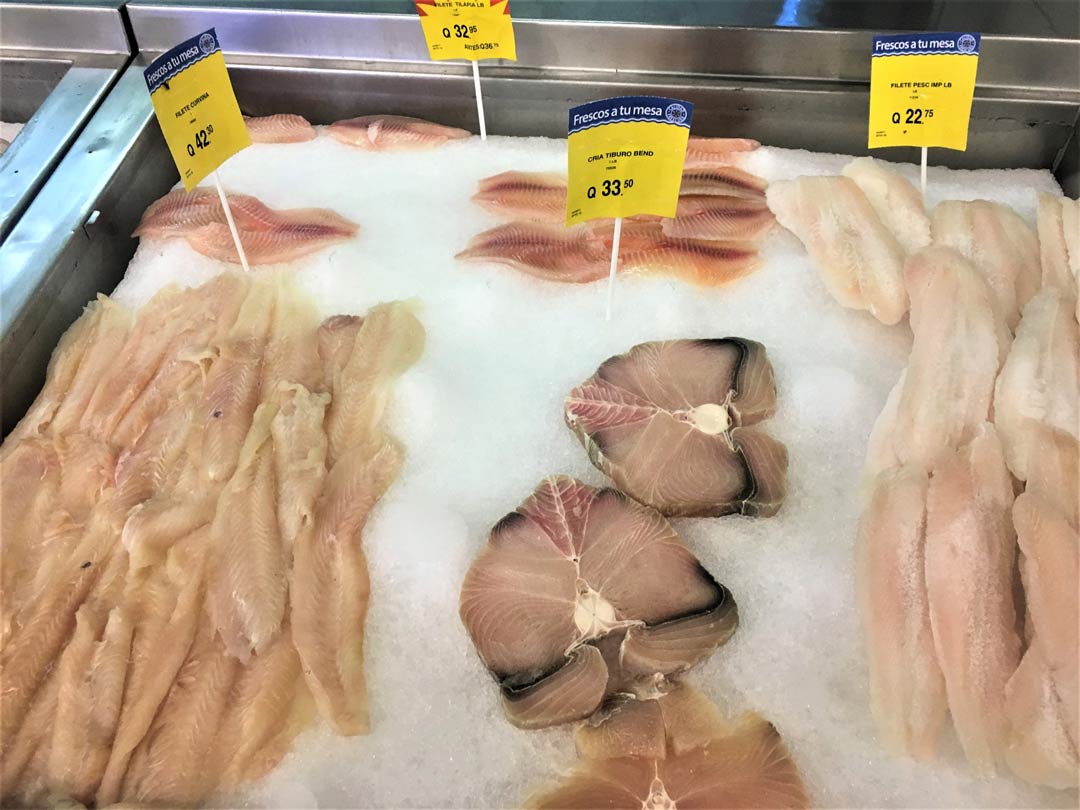 Different types of seafood that can be found for sale in supermarkets, including shark labelled as cría de tiburón (baby shark). Photo © Cristopher Avalos

However, it has also been rather intriguing to find that there is something fishy about those seafood labels, like when I’m told that I’m buying mahi mahi but the fillets look like shark meat. In some cases the information has been surprising: on occasion vendors have told us they have a certain type of fish available that should not be sold, such as sailfish. At other times they don’t have a clue what they’re selling and just make up something quickly or tell you what they think you would like to hear. 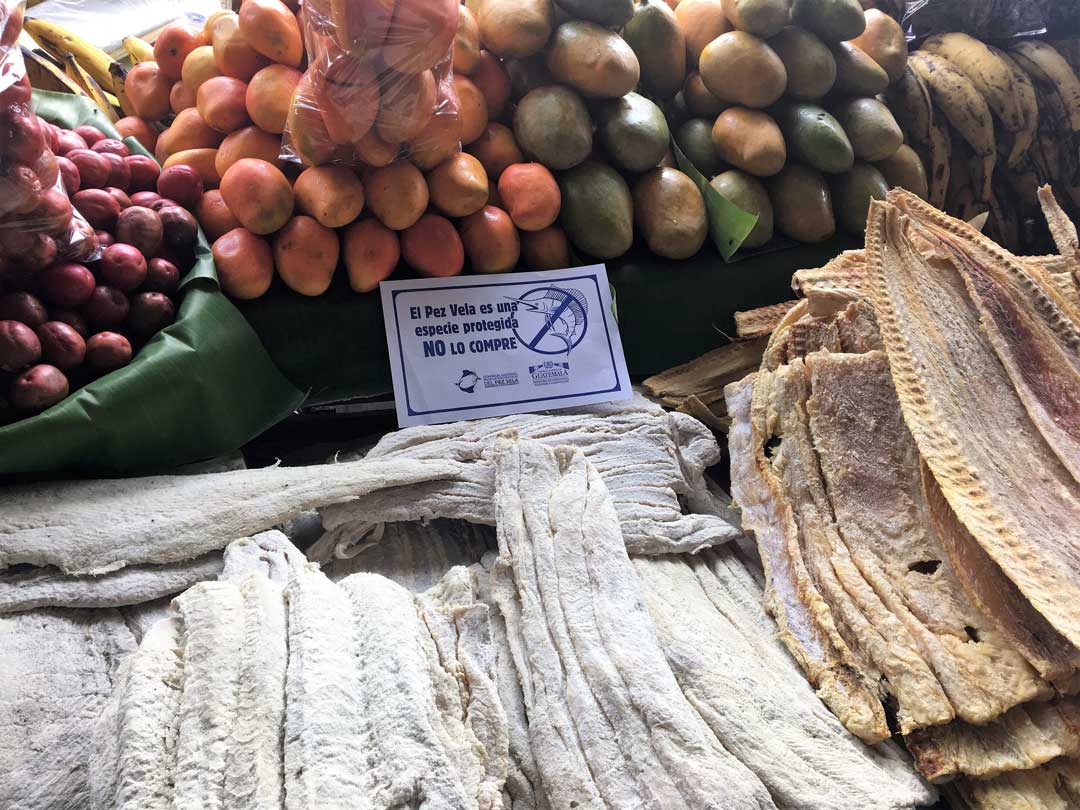 Dried and salted fish fillets sold in a Guatemala City market are decorated with a sign distributed by the Fishery Department asking buyers not to purchase sailfish. Photo © DIPESCA-MAGA 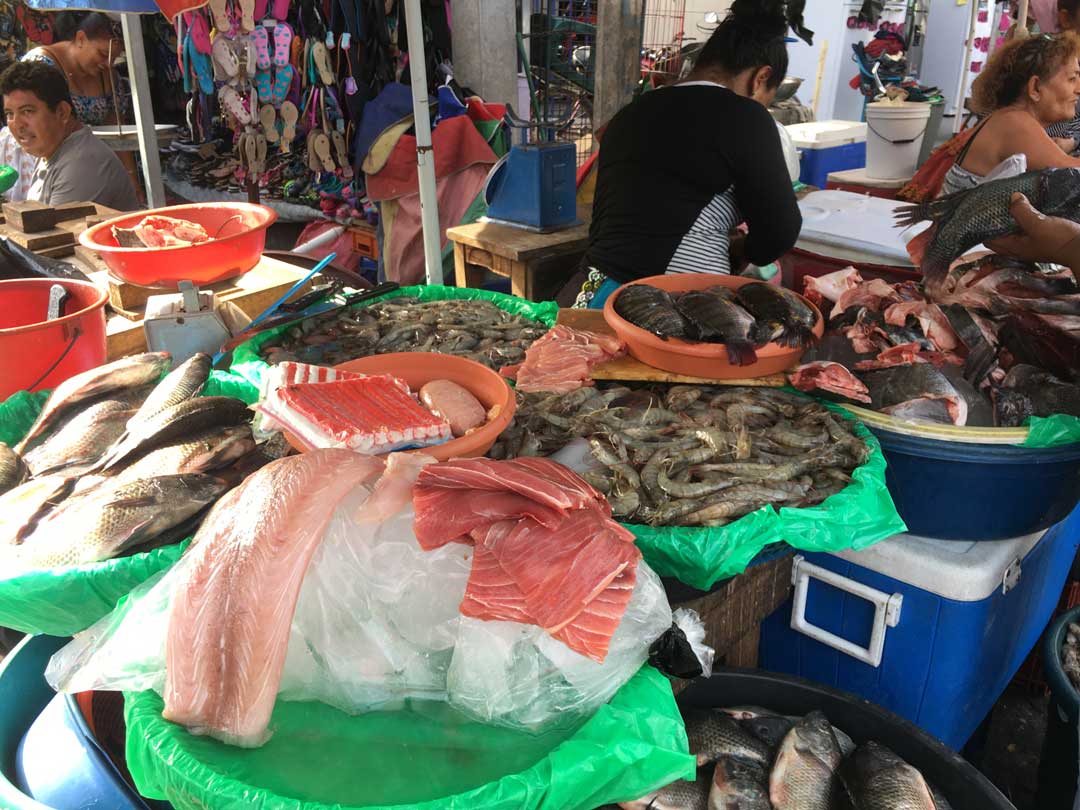 A market on Guatemala’s Pacific coast where seafood, including sailfish, is being sold. Photo © Cristopher Ávalos

Playing undercover in general has been exciting in terms of buying all kinds of fish and wondering whether I’m really getting what the vendors say I’m buying. The DNA of all the seafood products purchased will be analysed, but for this project only a small sample will go to the lab. The rest of the fish fillets will be greatly appreciated by lovers of seafood.