Too hot, too cold, just right: Tracking shark movements in an overwinter site

Imagine a sunny, summer midday… maybe you have an icy drink in one hand, a big floppy hat to shade yourself, and a gentle breeze to keep you at just the right warm-but-enjoyable temperature. Now take away the breeze, the floppy hat, and the icy drink. One response you likely will have is to move towards a more comfortable climate – whether under a shade tree, a jump into the water, or indoors to air conditioning. Each individual tends to have its own preferences of hot and cold, car temperature settings for both the front seat driver and passenger of the vehicle a case in point. Marine animals also have temperature preferences, and rather than adjusting knobs, a fish may make adjustments by generally reducing their activity level at certain times, or follow the temperature patterns to a location that better suits them.

From January through March, tourists and locals alike are witness to the thousands of sharks that have moved south to Florida from the Carolinas, in the Western Atlantic Ocean. Why would these sharks make the effort to move up and down these coastal waters? Seasonal temperature changes and blacktip shark (Carcharhinus limbatus) preferences are thought to be a factor in the massive migration that occurs off of the eastern coast of the US every year. In the warmer summer months, this population moves further north, while in the cooler winter months, they move further south. This mass migration may be in order to keep to the right temperature conditions, benefitting individuals in cellular growth, metabolic functions, or prey availability and capture. As sea temperatures rise, there are indications that the current north-south range may shift to allow the individual blacktips the same temperature ranges they currently follow. 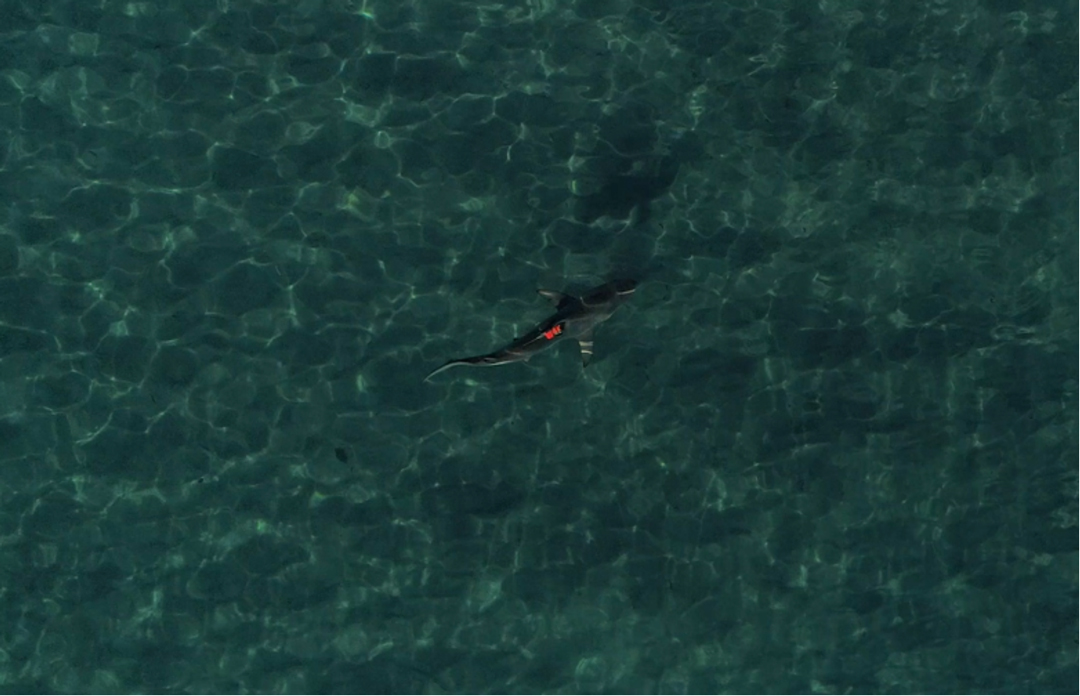 An aerial image of a blacktip shark with the orange float package visible as it is attached to the dorsal fin.

Blacktips may have additional options to keep their bodies in the right temperature range, even if the water around them isn’t exactly ideal. Options may include trying to expend less energy by smoothly swimming (in human terms, it would be like taking a gentle stroll rather than running a few miles for exercise), swimming into the cooler waters of the deeper ocean, or keeping their activity levels higher during the night time than during the day. These options are possible to investigate due to current research using accelerometers, which allow scientists to measure blacktip shark’s movement and activity over multi-day time spans, the same type of technology used in smartphones and fitness trackers. Using data loggers allows researchers to tag a shark, release it, and retrieve the tag after it pops off to download a myriad of data points without having to follow a shark or even be near it – all the better to allow the shark to continue its normal routine. With these data, researchers will have better insight into the daily activity of the blacktip shark aggregation and what temperature trends play a role in its movement. 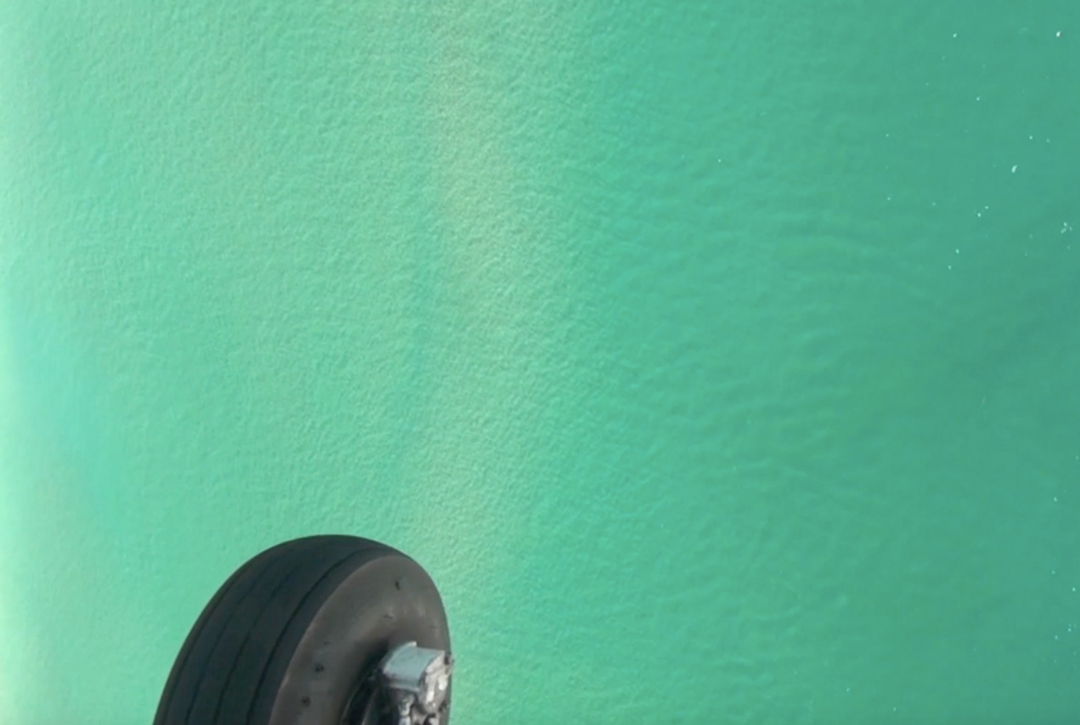 Many fly-overs look like this image taken from the FAU Elasmo Lab aerial surveys throughout the year, when the temperatures are warmer than this blacktip population seems to prefer. Photo © Marianne Porter

This video, however, shows a section of the fly-over with multitudes of sharks during the winter stopover period.