Tiger on the line

Photo by Eugene Kitsios | © Save Our Seas Foundation
By Matt Smukall, 13th July 2017

‘Um, we think there’s a pretty big tiger shark on the line. We may want to tag this one.’ Long-line sampling occurs two or three times a month at the Bimini Shark Lab to assess which shark species are in the vicinity and how many are out there. Typically it’s a fairly routine exercise, though it can be an exciting time for researching large sharks, particularly tigers. Bimini is fortunate in that it has a healthy population of tiger sharks ranging in size from newborns to fully mature individuals. 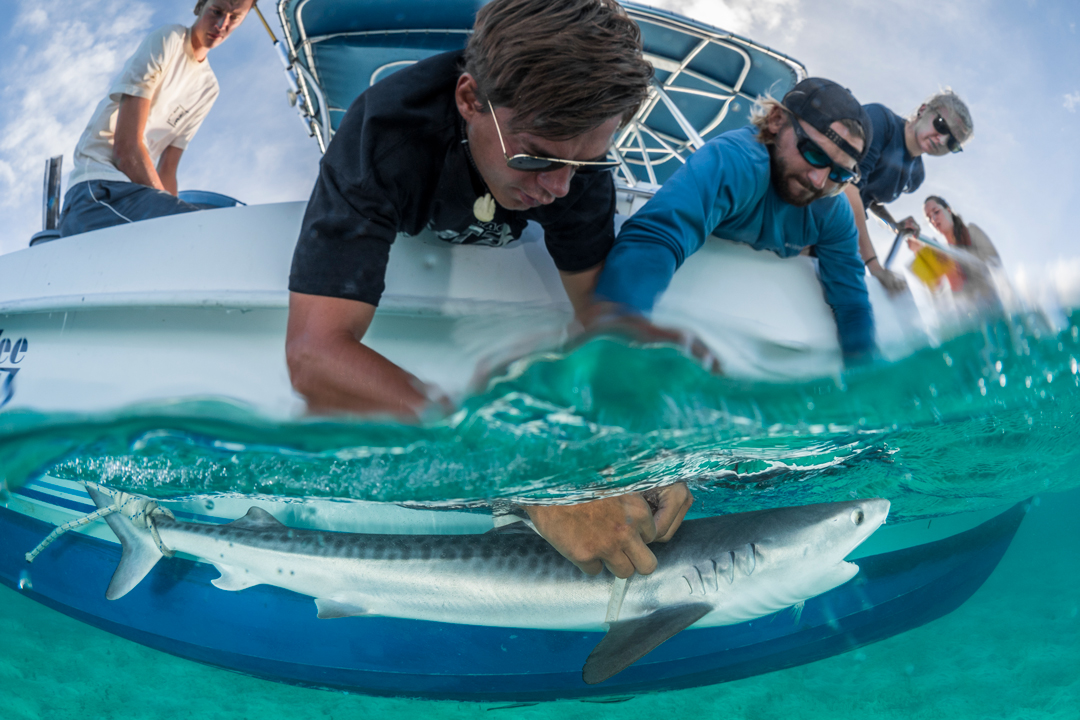 Usually, crew members don’t radio back about large tiger sharks as they are caught relatively often. Listening to the radio call, we knew this shark must be something special. The ‘pretty big’ tiger ended up being a massive female nearly four metres (13 feet) long, the largest accurately measured by the Shark Lab team. She was so big that crew members had to get into the water to measure her girth while she was secured to the side of the research vessel. They implanted a 10-year acoustic transmitter into her so that Shark Lab researchers will now be able to track her movements around Bimini or if she passes any other cooperative receiver arrays in the region. Sharks of this size are relatively rare in the area, so she is a true apex predator. Hopefully over the coming years she will provide extremely valuable data about the movement patterns of her kind. 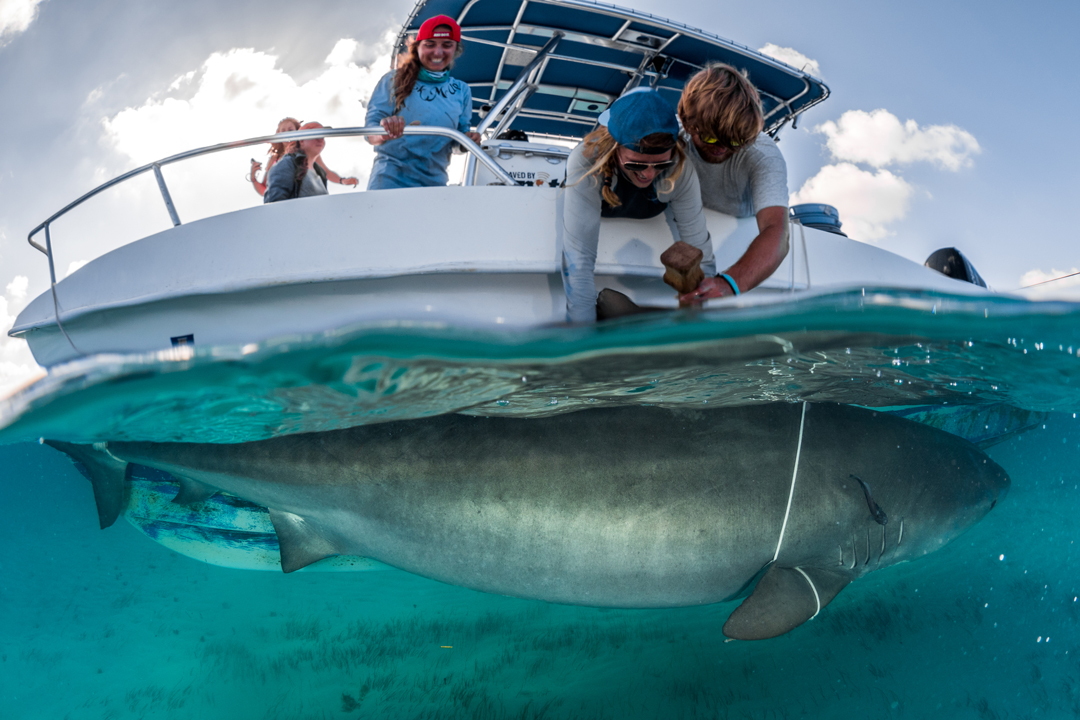 It is hypothesised that Bimini serves as a regional pupping and nursery ground for tiger sharks and that females visit the area to give birth. Tagging and obtaining biological samples from these large females is important for understanding their seasonality, habitat usage and movements. Coupling this with data obtained from newborn and juvenile tiger sharks will enable the Shark Lab team to establish whether the area is indeed a pupping ground and where juveniles disperse to. Bimini is located within the Bahamas Shark Sanctuary, but data suggest that many of the tiger sharks move outside this protected area. An understanding of regional connectivity and the areas important for reproduction is crucial for the monitoring of the population and the establishment of effective conservation management. Over the coming months, Shark Lab crews will be working hard to tag more large females and then will wait anxiously for the pupping season in the hope of catching some of their offspring. 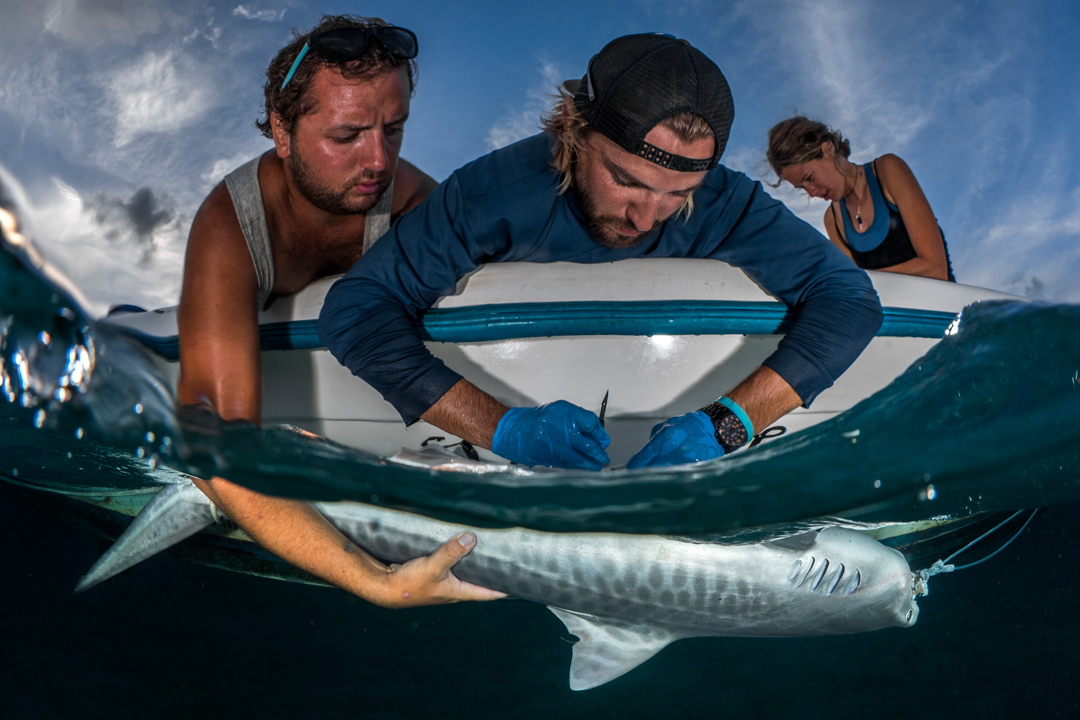