The island of Bimini is in the Bahamas, about 80 km (50 miles) off the east coast of the United States. It’s the site of the Bimini Biological Field Station (aka ‘Shark Lab’), which last year gave outreach presentations to every student enrolled in the island’s public schools. The goal was to teach the students how special their island is and how to conserve the environment. We accomplished it by asking (and answering) the following questions:

1. Why are mangroves important?

Mangroves are ecologically important because they support animals at the base of the food chain. In Bimini, a major resort is being developed that has removed a large number of mangroves, and researchers at the Shark Lab have documented the detrimental effects of this habitat loss. Although the resort offers a short-term economic boost to the island, the removal of mangroves comes at a significant cost to the environment. At the conclusion of the lectures, the students understood that protecting the mangroves is critical to the island’s long-term success.

2. Are sharks important to the environment?

It’s easy to tell students why sharks are important, but allowing them to reach the conclusion on their own is more constructive. To accomplish this, we had every student draw a simplified food chain.

We then discussed what would happen to all the other animals in the food chain if large sharks were removed… The students picked it up immediately! They understood the importance of apex predators and their new-found respect for sharks moved hundreds of them to sign a petition to protect them. 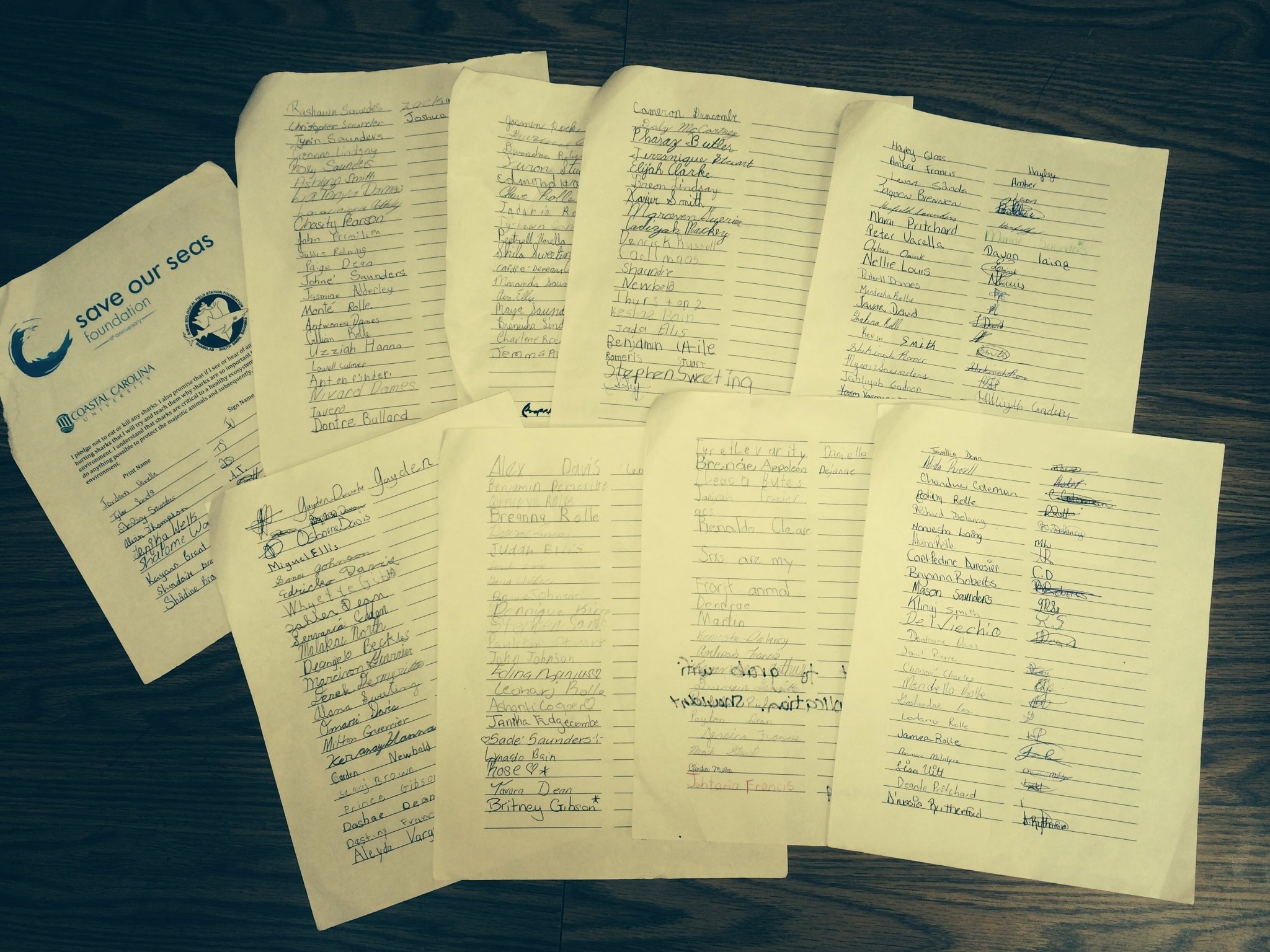 A petition signed by hundreds of students to protect sharks and pass their new found knowledge on to others.

Being on an island surrounded by sharks guarantees that everyone has an opinion and, even though attacks in Bimini are quite rare, the general consensus was that sharks indiscriminately kill people. To combat this, we showed videos of up-close encounters with Bimini’s sharks. The students now understand that sharks aren’t people-eaters. Some children had such a change of heart that they came to the Shark Lab to interact with juvenile lemon sharks. 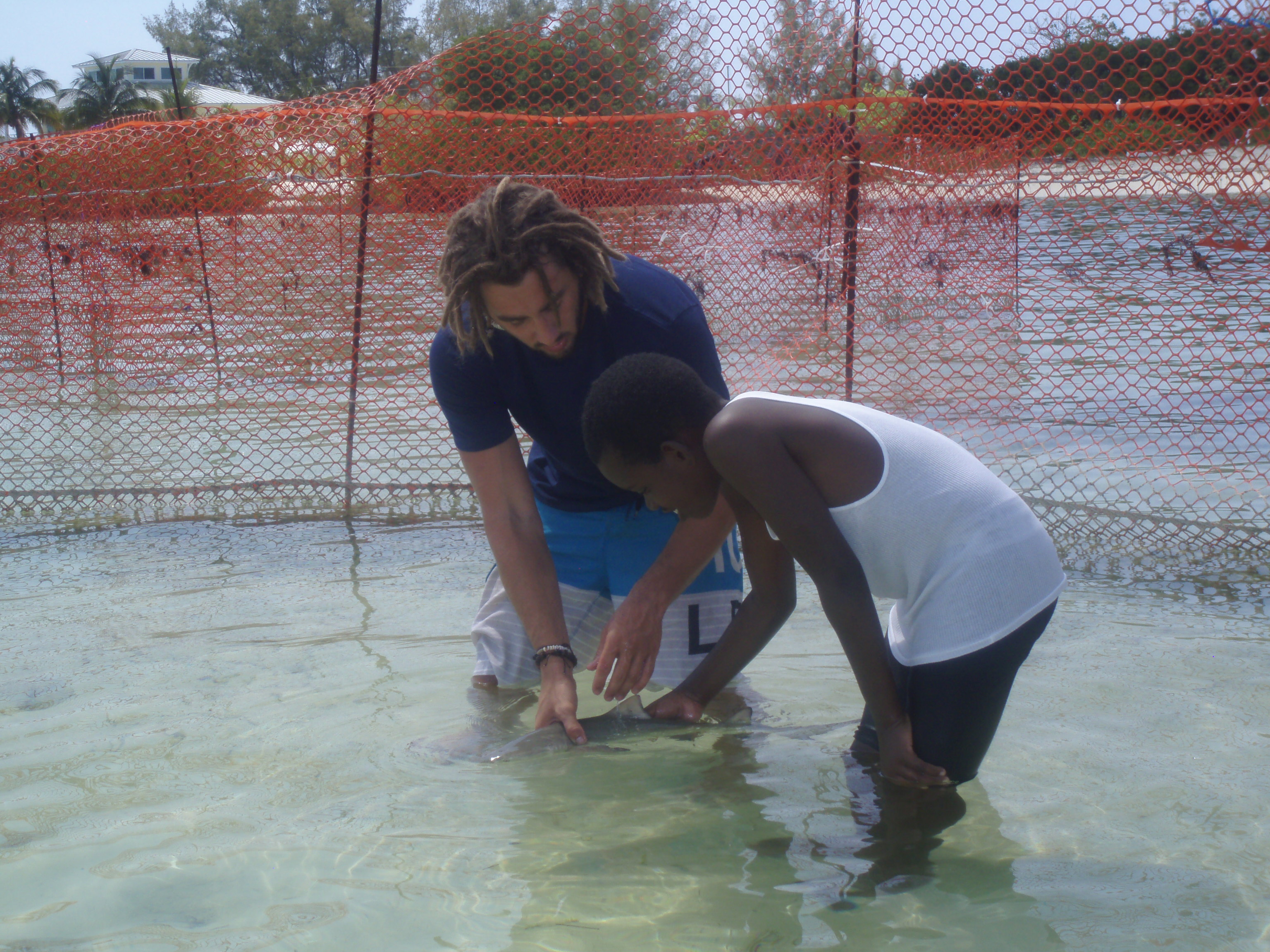 Brian Jr came to the Bimini Biological Field Station for a day to experience life as a marine biologist. Part of his day involved interacting with juvenile lemon sharks as pictured above. Photo by: Christopher Lang

Although the Shark Lab gave these presentations over a relatively short time period, we hope that the impacts will be long-lasting. The presence of the lab in Bimini ensures that any student interested in marine biology can pursue that interest by visiting us. Although the Shark Lab’s main focus on the island is research, raising environmental awareness through our outreach efforts is a pretty great bonus.