While South Florida, USA is known to host our annual black-tipped visitors (Carcharhinus limbatus) in the winter months, there are a multitude of species that inhabit our nearshore waters throughout the year. We have been able to document interesting encounters using our lab’s aerial drone and underwater cameras. We have been able to view exciting interactions between organisms and the environment and with each other.

For example, we saw this sawfish (Pristis pectinata) swim through the video frame and were able to follow it.  At second 4 of video, you can see blacktip sharks swim through the upper right corner. Based on the average blacktip size we catch during this time of year, we guess this sawfish may be about 450 cm long. The video is so clear we can measure the animal’s tailbeat frequency and are we are working to see if we can get other data about sawfish swimming mechanics.

One of the most incredible encounters I have personally observed was during a routine blacktip shark tagging excursion. I spotted a much larger shark swimming while using my aerial drone to look for aggregations of blacktips. It was a Great Hammerhead (Sphyrna mokarran)! I was able to follow this massive elasmobranch with my drone and document it chasing multiple blacktips. The attacks of this great Hammerhead were relentless as it pursued its blacktip prey into the shallows. From the boat, we were able to see its dorsal fin breaking the water’s surface, and the thrashing of blacktips trying to escape. The sheer swimming speed of both the Great Hammerhead, as well as the manoeuvrability of the blacktips to avoid predation inspired awe. Using an underwater camera, we were able to view the hammerhead underneath the water’s surface and we guessed it was an adult 450 cm long. We have documented several of these encounters and are working to analyse the kinematics data for these predator-prey interactions.

Underwater camera footage, we have also observed dolphins, sea turtles, spotted eagle rays, and many other species.  While these clips of charismatic creatures may be visually stunning, we also are able to gain valuable information about the dynamics of this nearshore ecosystem. 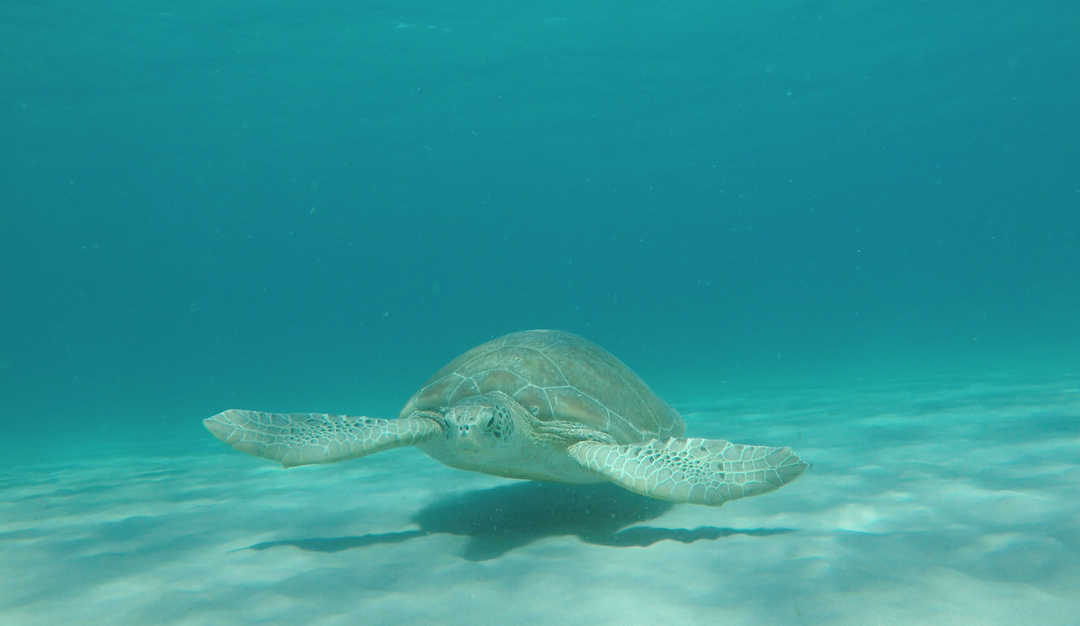 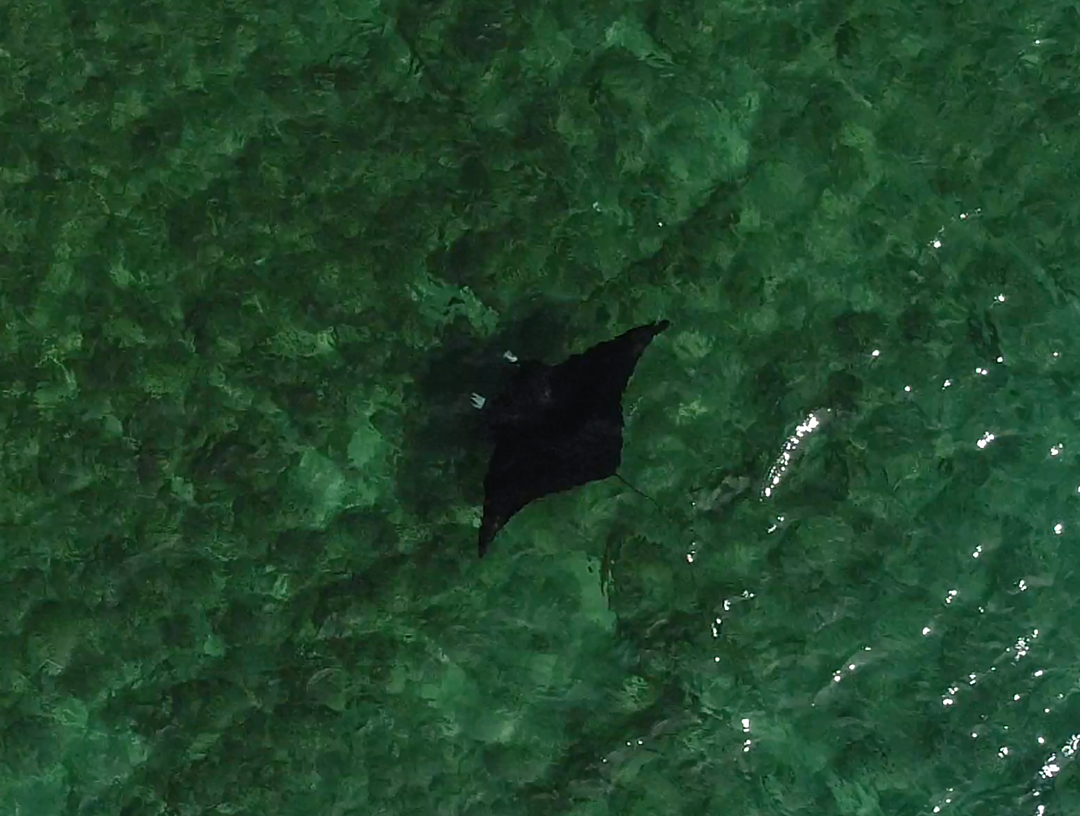 Through our various drone and underwater camera efforts, we have been able to quantify frequency and density of species nearshore. Recently, we have begun to set our underwater cameras year round on a biweekly basis, allowing us to measure relative abundance of species on a temporal scale. This can provide valuable insight into what species could be interacting and what time of year they are here. By increasing our amount of time viewing underwater, we hope to also capture unique interactions such as predator-prey behaviour, schooling, shoaling, and group dynamics. This will enable us to obtain a greater understanding of what species are doing in their day-to-day lives.