The quiet bottom-dwellers of Karimunjawa

It has not been a walk in the park for the Elasmobranch Project Indonesia (EPI)’s team and myself during our exploration across Karimunjawa National Park (KJNP) to look for the elusively critically endangered giant guitarfish (Glaucostegus typus). Located in the middle of the Java Sea, Karimunjawa is one of the seven Marine National Parks in Indonesia, brimming with marine biodiversity just like any other national park. Although the giant guitarfish is known to be distributed across the Java Sea, little information is currently available on the species in KJNP. 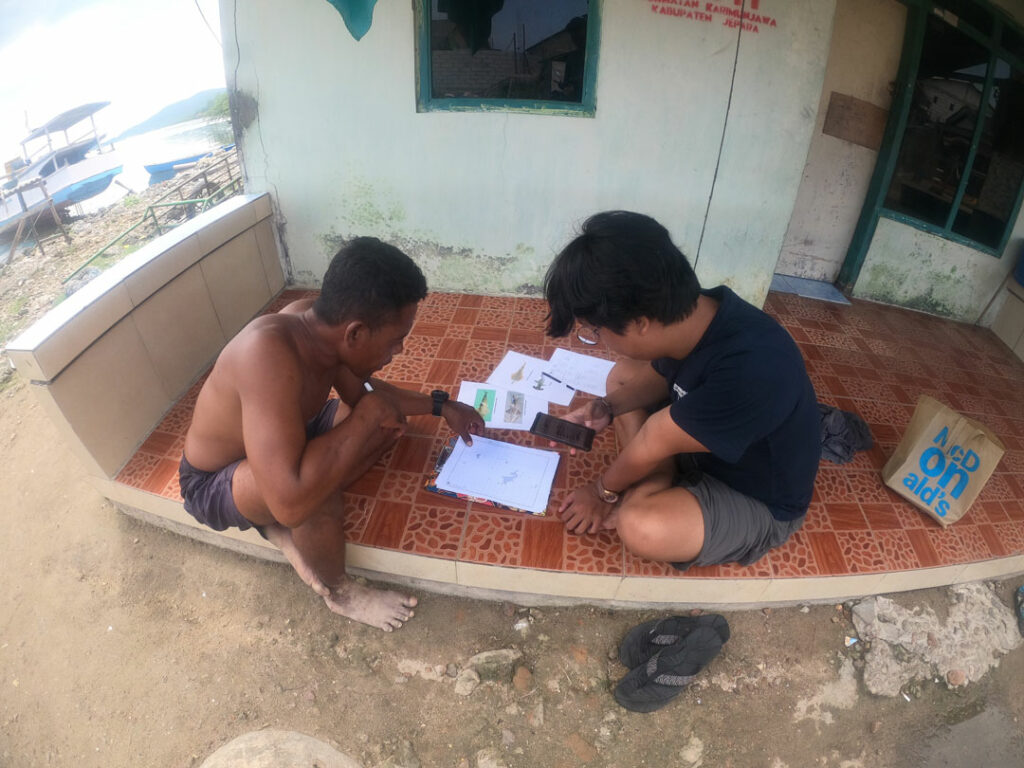 EPI, with support from the KJNP Agency, is initiating the first-ever study to understand the giant guitarfish distribution in the national park, historically and in the present time. After deep conversations with over 170 fishers from 5 inhabited islands, we revealed important information about the species and its interaction with the local communities. Some of the main fishing gears used by the fishers are handline, speargun, fish trap, and gillnet. Surprisingly, there are fewer gillnet users than there are speargun fishers.

The team first suspected gillnets were the main culprit of giant guitarfish catches. However, that is how it was in the past. Currently, spearguns are used to shoot these rays when encountered. These Speargun fishers usually have bigger handmade spearguns with big spears and use a compressor to dive for 2-3 hours at a time. Meanwhile, those with smaller spearguns only target reef fishes with basic freediving sets and are no threats to the giant guitarfish. Furthermore, the former usually uses a specifically-made 80 cm long custom hook attached to a rope on a boat. This tool is made to hook both giant guitarfish and, unfortunately, the critically endangered bottlenose wedgefish (Rhynchobatus australiae) that can also be found in national park waters. When encountering either species, the diver will come up to the surface to get the hook, dive down again, and hook the fish right in one of the spiracles. The fishers stated that once hooked, the fish will not be able to flee. They just have to come up to the surface and then slowly pull the fish to the boat. Aside from the speargun fishers, both species can still be caught as bycatch from handlines and gillnets. Among all the fishing gear, only the fish trap is incapable of catching both species. 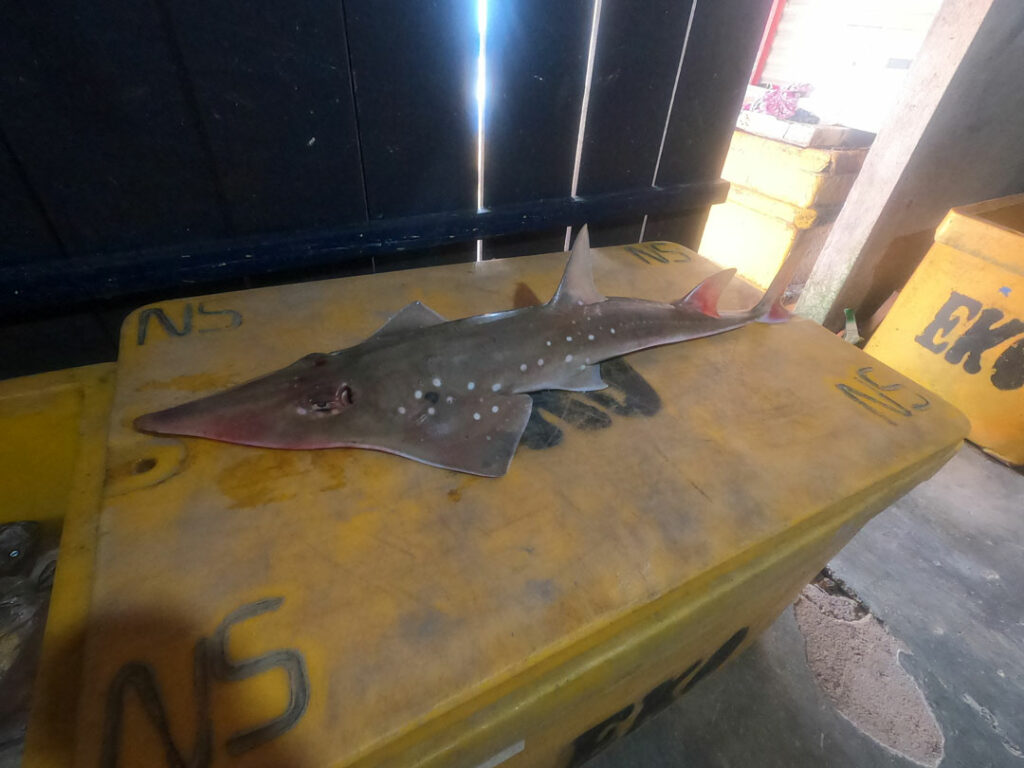 Based on encounters with both species, the fishers said giant guitarfish could be found across Karimunjawa in sand bed areas between 1-20 meters deep. Meanwhile, the bottlenose wedgefish can only be found in the deeper muddy water between 10-40 meters. Both species are not the main targets for the fishers as they are considered rare and difficult to catch. However, the team considers them as secondary valuable catch and they will be retained when caught or encountered. “God has gifted us with this fish as a catch, and we should not waste his gift”, says some fishers when asked whether they would release or keep caught giant guitarfish and bottlenose wedgefish. Retained rays are then sold to local fish collectors in Karimunjawa, where they will then be shipped to Jepara Region.

On the bright side, most fishers usually release smaller giant guitarfish and bottlenose wedgefish, sizing approximately under 40 cm. Both species have never been consumed locally. This is a good sign as they are not a source of protein for the local communities, showing there is relatively no dependency on both species.

The giant guitarfish turns out to possess tourism value as well. In one of the Islands of Karimunjawa, the species can be found in the two captivities used for tourism by the locals. EPI is currently conducting baited remote underwater surveys (BRUVs) across the national park to understand the current distribution of giant guitarfish. Fingers crossed that the team will be able to find them!