The primary goal of my project is to find out how protection from fishing benefits reef shark populations. To do this we use a number of methods to count sharks in different protected areas, including baited (and unbaited) remote underwater video (BRUV) stations. Our BRUV stations are made up of weighted GoPro cameras that are sometimes attached to a bait canister that attracts the sharks. Later, we retrieve the BRUV, review the footage and count all the species seen to assess the abundance and diversity of reef sharks in the area. 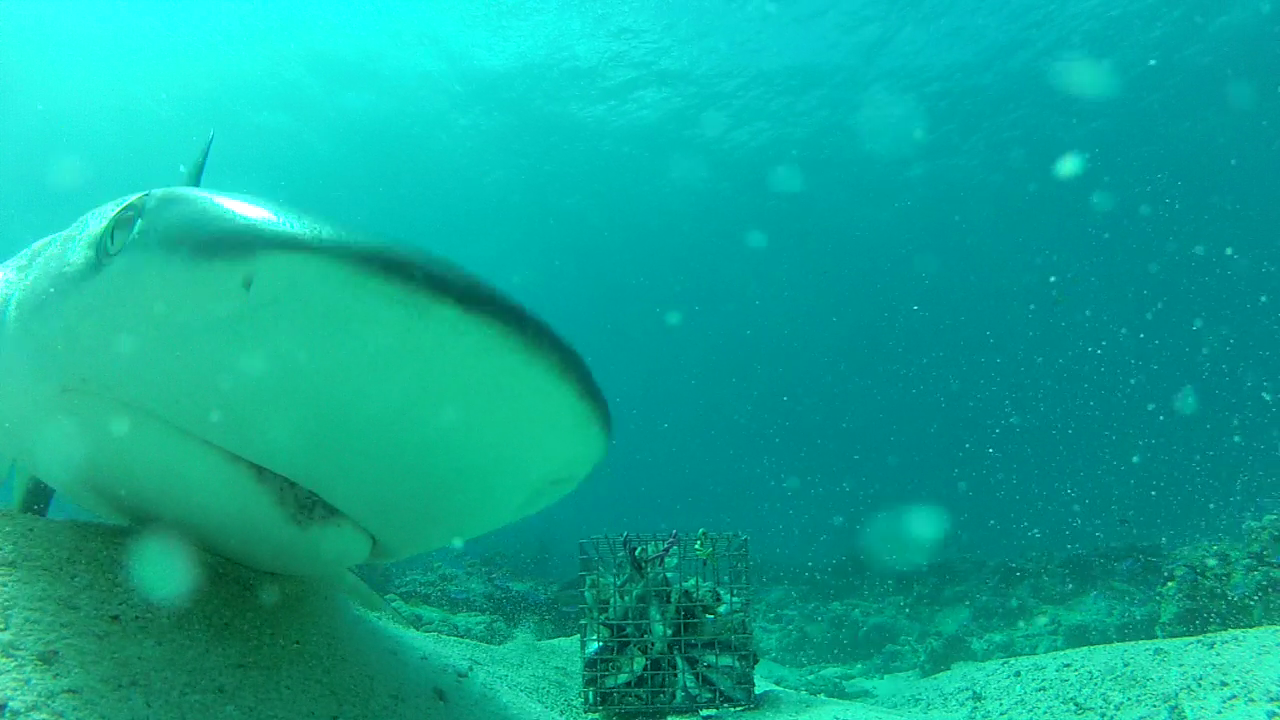 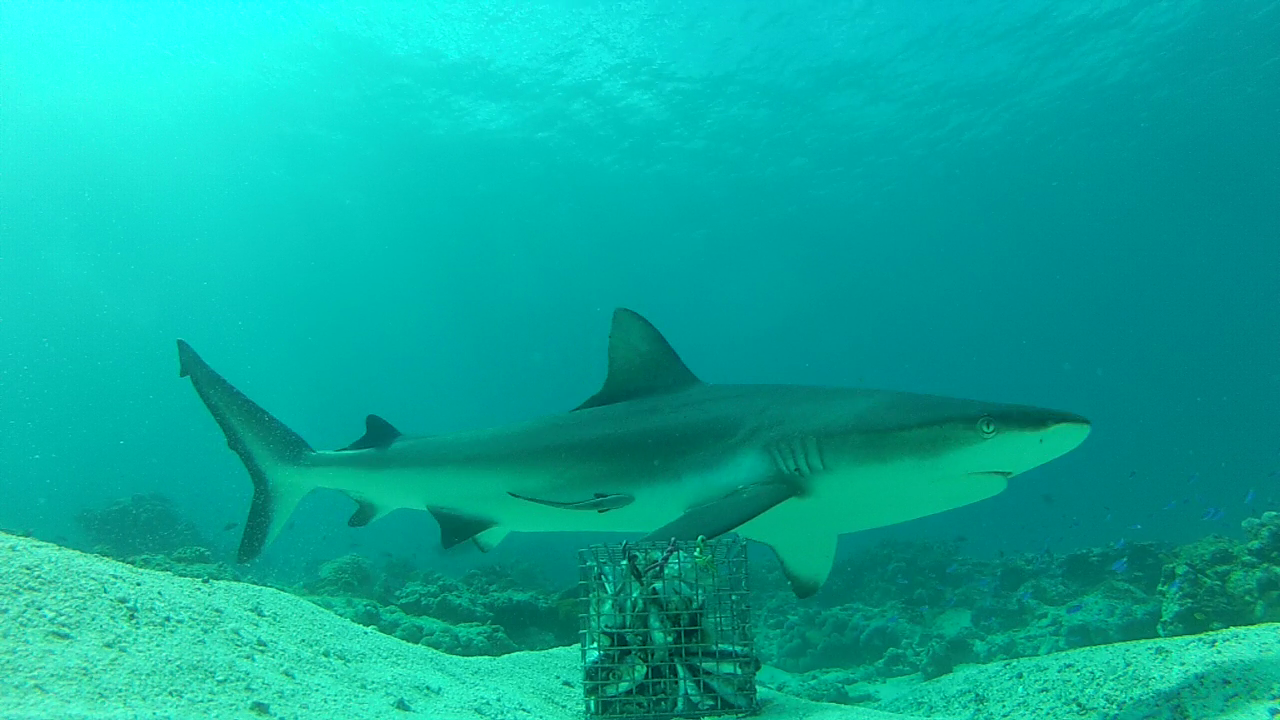 During a recent trip to the northern Great Barrier Reef we were deploying multiple cameras on what we thought would be a very smooth day at sea. But a local resident had other ideas.

We deploy our cameras at a specific GPS location and let them record for approximately 60 minutes at a time. The camera rests on the sea floor and is attached to a buoy at the surface. We dropped our BRUV and remained on the boat, preparing other cameras and eating lunch. After an hour we returned to the buoy to retrieve the camera. It was nowhere to be found.

I dived down to investigate, but could not find the GoPro. We were baffled. There was no one around in the area in which we were working, so it was very improbable that another person could have stolen our camera, but there did not seem to be any other explanation. Later that day we went back to the research station lamenting the loss of not only a camera, but also the data.

The next morning we went about our usual business of deploying cameras, but this time we were more tentative, fearing another burglary. At the end of the day I decided to have another dive at the site where our camera had gone missing. After about five minutes of swimming around I noticed something shiny in a mound of broken coral near the reef. Amazingly, our camera was still intact.

We were ecstatic to have our gear back and very curious to review the footage and see if the crime had been caught on camera. We plugged the GoPro into the computer to investigate…

Lo and behold, we had a highly intelligent, eight-armed thief in our midst. An octopus had not only stolen our camera, but was cunning enough to turn it off, presumably in an attempt to protect its identity (although not before being caught on camera for about 30 seconds). We are not sure why it took the GoPro, but maybe it had a liking for shiny objects. Thankfully, the octopus’s curiosity wore off and it abandoned the camera close to where it had found it, which meant that we could get our equipment back to the lab, along with the data on it – and an interesting story to show.