The basking shark season has begun!

We’ve been eagerly awaiting the year’s first report of fins scything through the water as their owners – basking sharks – feed on plankton masses at the sea surface. The main basking shark ‘hotspots’ in the UK are south-western England (Devon, Cornwall and the Isles of Scilly), the Isle of Man, off Malin Head at the northernmost tip of Ireland and the Hebrides to the west of Scotland, and there has long been rivalry between them to get the first sighting!

Finally, on 5 April, the news came through: many basking sharks had been seen on a trip from the Isle of Coll in the Inner Hebrides. Then, just a few days later, there were two single sightings of sharks in Cornwall, one by the Cornwall Inshore Fisheries and Conservation Authority’s patrol vessel off Land’s End, and the other from the Minack Theatre, Porthcurno. The season appears to be well under way as other sightings trickle in and photos start to emerge on social media.

Encounters with basking sharks at the surface give researchers and members of the public the opportunity to take photographs of the sharks, many of which display significant and recognisable markings (either natural or acquired) on their fins. These images can help to identify an individual again, which makes photo-identification a powerful, non-invasive technique for studying animals in their natural environment. The Shark Trust has collaborated with Marine Conservation International, Manx Basking Shark Watch, Irish Basking Shark Study Group and Wave Action to develop a photo-ID database – effectively a safe repository into which project partners can upload their dorsal fin images and sightings information. With good-quality images, some individual sharks can be matched on the database when they’re photographed again. 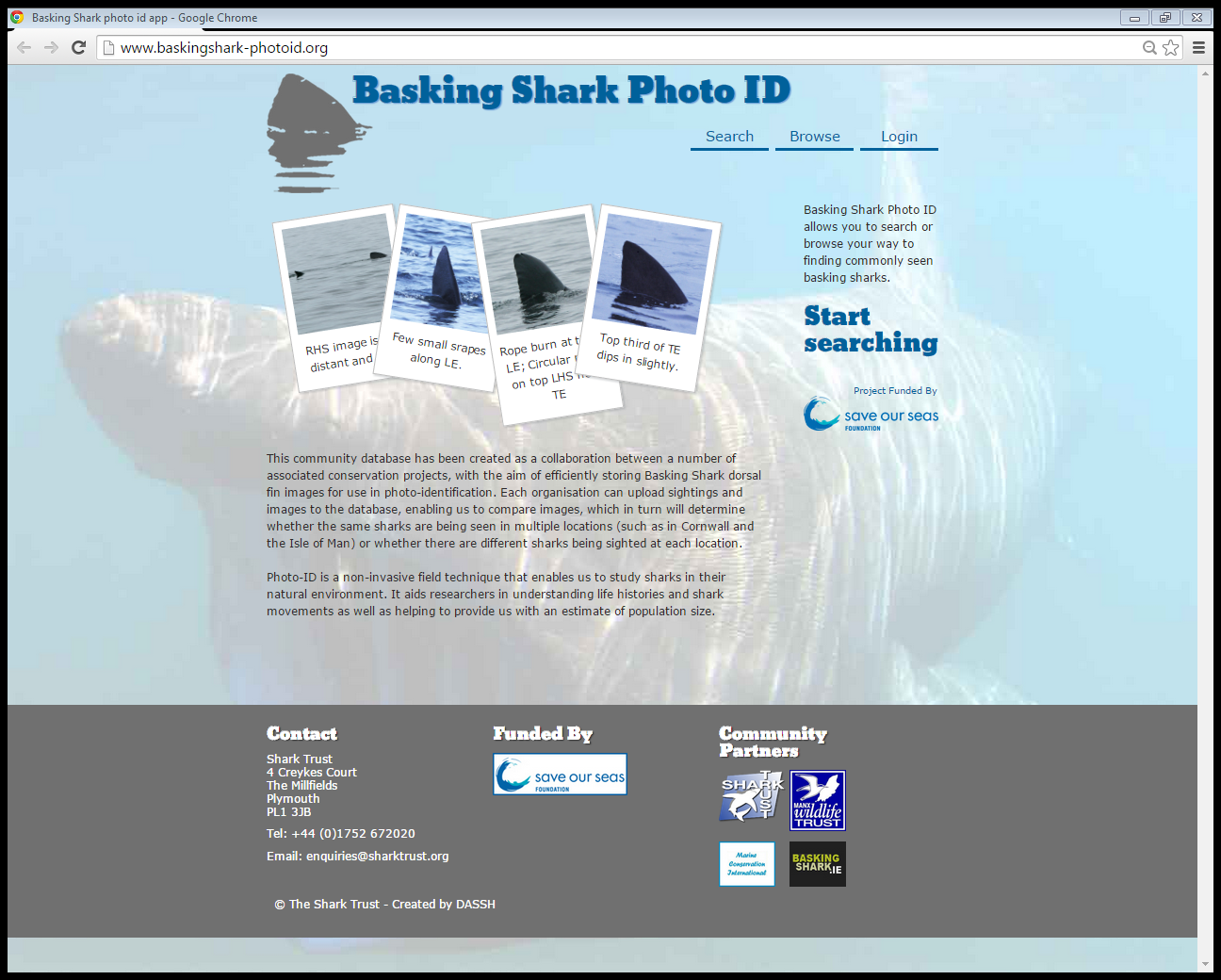 We’re excited to welcome two new project partners on board: Medsharks from Italy will be contributing their Mediterranean sightings, and Association Pour l’Etude et la Conservation des Sélaciens (APECS) will be adding their images and information from French waters. It will be interesting to see whether more matches are found when this additional data has been uploaded and compared!

As sea surface temperatures continue to warm around the UK and as plankton continues to bloom, we are keeping our fingers well and truly crossed that the 2015 basking shark season will be a busy one, bringing lots of sightings and photo-ID images so that we can continue to find out more about this charismatic species.