Truth be told, there is still much to learn about the sea than the eye can see, especially when it comes to the ocean’s great depths, which start at 200m below the surface, better knows as the ‘deep-sea’. The deep sea is the Earth’s largest biome, it is also the least explored and the most unknown part of our ocean, the same can be said of the strange creatures which inhabit it.

We started the DELASMOP project to try to fill the knowledge gaps relating to deep-sea sharks and skates (elasmobranchs). More importantly, to aim to better understand the impacts these deep-sea species suffer from commercial bottom-trawl activities to help with creating solutions to reduce their catch-rate and mortality in this fishery.

In the Algarve, located in the south portion of Portugal, crustacean bottom-trawlers discard amount to an average of 70% (Borges et al. 2001). This includes elasmobranchs, which already have fishing regulations in place, or have low commercial value. According to our previous data from the years 2018 and 2020, a large majority of elasmobranchs were either dead upon arrival at the boat or in a poor condition, with minimal chances of survival after they are discarded.

During our first DELASMOP trip, we were able to identify 15 (!) deep-sea elasmobranchs species including some of the rarest ones, the goblin (Mitsukurina owstoni), the frilled shark (Chlamydoselachus anguineus), and the sailfin roughshark (Oxynotus paradoxus). Here are some pictures of these amazing animals. 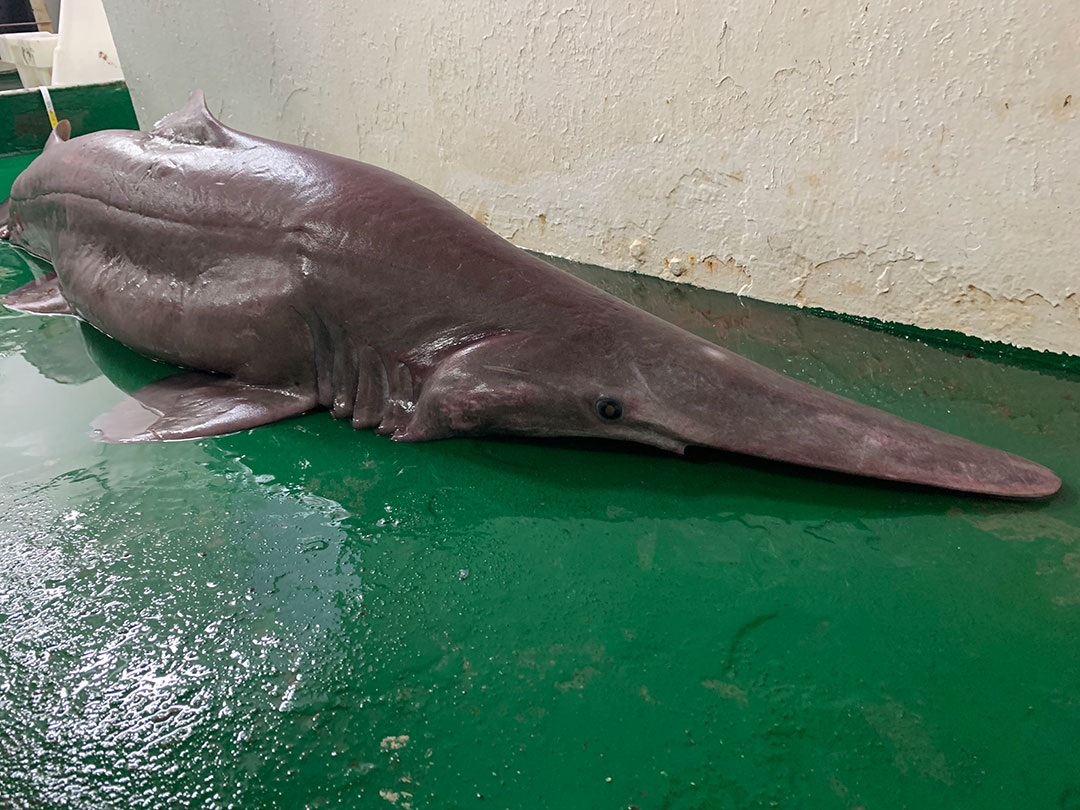 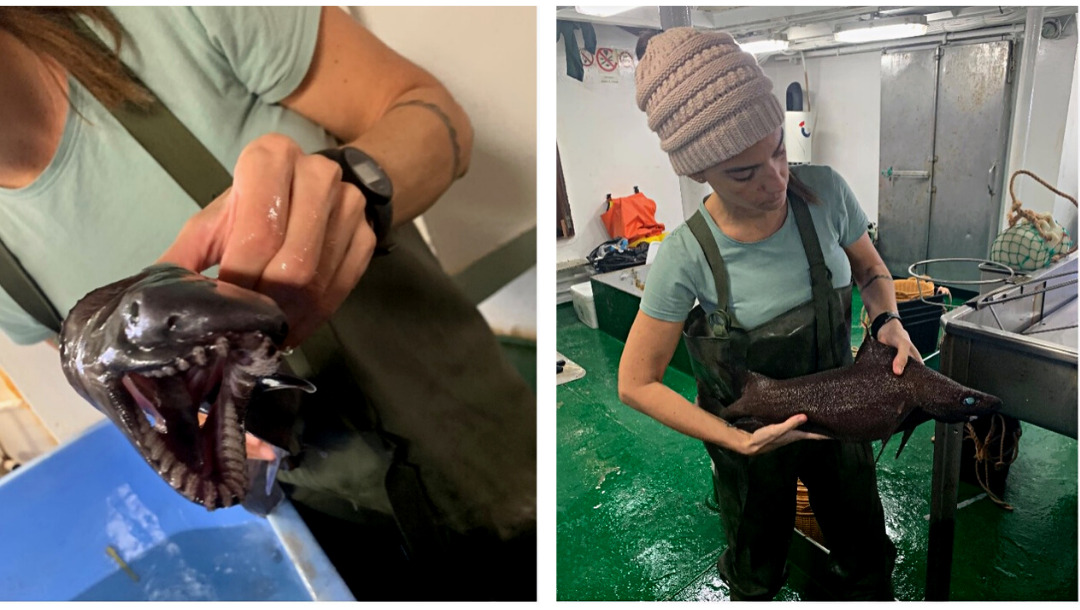 Although we still do not know the fate of released elasmobranchs, we were able to successfully release the frilled shark back to the ocean after collecting some important data for our study. This included morphometric measurements and blood samples for stable isotopes analysis of its diet. The goblin and the sailfin sharks were not that lucky and did not survive. We were able to collect more information from these specimens, including muscle samples and dietary information, which is important for these data deficient species.

While the goblin and frilled sharks are reported as ‘Least Concern’ in the IUCN Red List – because they are rarely caught and might reside outside fisheries range – little is known about these amazing sharks. With fisheries venturing into deeper waters as a result of the scarcity of seafood closer to shore, this might pose an imminent threat to these animals as they present low resilience to exploitation.

Project
Can deep-sea sharks survive – and thrive – in fishing grounds?