Status of the Zambezi shark research on the Breede River, South Africa

Upon the discovery of Zambezi sharks in the Breede River estuary on the southwest coast of South Africa (visit the South African Shark Conservancy (SASC)), a dedicated study to examine genetic structure, fine- and broad-scale movement patterns and abundance was started. The overarching aim of the study was to fill in data gaps for this species to contribute to its national management.

Three Zambezi sharks captured during the initial phase of the project determined these specimens represented the largest documented Zambezi sharks in South Africa. The sharks were tagged with coded and continuous tags and actively tracked using a VR100 and hydrophone system for over 400 collective hours. Movement, behavioural and habitat utilisation patterns were studied and physico-chemical data were recorded.

The data indicate sex-specific differences exist in movement, behaviour and habitat utilisation patterns, although both sexes appear to engage in opportunistic foraging at least some of the time. During times of peak angler activity the sharks remain in areas of greatest angler concentrations where they can easily capture prey off angler’s lines. As far as the research team could determine, this is the first time this foraging behaviour has been recorded for Zambezi sharks.

An additional aim of this project was to determine whether these sharks overwinter in the estuary or undertake long migrations to the warmer waters of KwaZulu Natal. To answer this question our research team spent several cold and blustery winter days on the river this past June, searching for the tagged sharks with our trusty hydrophone and VR100. Unfortunately we did not locate any tagged animals, although as they say in the scientific community: “No answer is still an answer”!

Preliminary results from this ongoing study have identified several questions of scientific and management concern, including the impact of these apex predators on prey populations in an estuarine system and their role in shaping community structure. Depredation of fish captured on anglers’ lines by Zambezi sharks – resulting is ever-increasing user conflicts – was also identified as a key management and conservation concern, as increasing user conflicts (and growing agitation from anglers whose catch is taken by the sharks) may result in the removal – through fishing – of sharks from the Breede River. 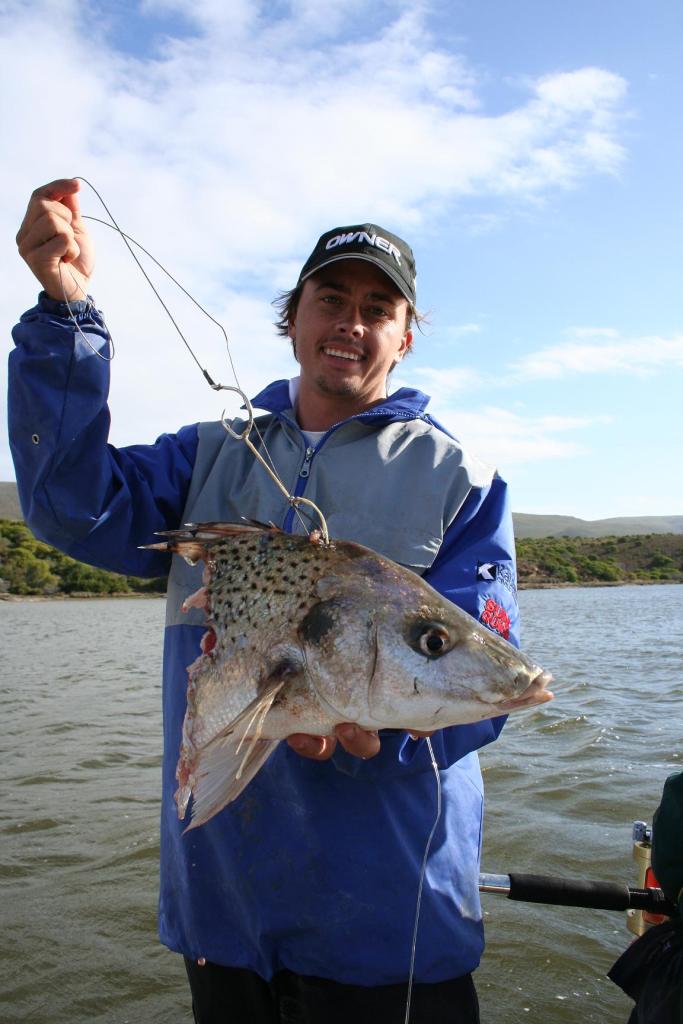 In an earlier attempt to mitigate user conflicts and ensure the conservation of this Near Threatened species, SASC applied to South Africa’s national fishery management organization (Marine and Coastal Management; now the Fisheries Branch of the Department of Agriculture, Forestry and Fisheries) for emergency protection measures using the precautionary principle as the motivation for protection. This was deemed necessary by SASC as many river residents and visitors continue to encourage the removal of sharks from the river using various methods including fishing, continued disturbance and (believe it or not) relocation. To date, no protection measures have been implemented, although we continue to push for this.

Without an extensive study of this species ecological role in the Breede River it is impossible to predict what effects targeting or complete removal may have on the river’s community structure. As scientific research regarding the population, habitat utilisation and predator-prey relationships of Zambezisharks in the river is yet to be quantified, the sharks should be protected until their influence on the Breede River ecosystem can be determined.

With continued funding and additional research we will endeavour to define the role of these sharks in the river, with the intention of promoting their conservation on a national scale.

We are embarking on another tracking expedition from November 26-29, so stay tuned for updates on these amazing sharks and their behaviour in this unique ecosystem.