Should we pay small-scale fishers to protect threatened sharks?

Following the success for sharks at CITES, we’d like to discuss our recent research on incentive-based approaches to reduce catches of threatened and CITES-listed sharks while ensuring coastal communities don’t suffer as a result of conservation.

In a landmark decision, governments from across the world have recently agreed to limit or regulate most of the global shark fin trade under the Convention on International Trade in Endangered Species (CITES). This has been hailed as a ‘game-changer’, as it stipulates that international trade in many threatened species is kept within sustainable limits. However, much work remains for this decision to deliver gains for threatened sharks. 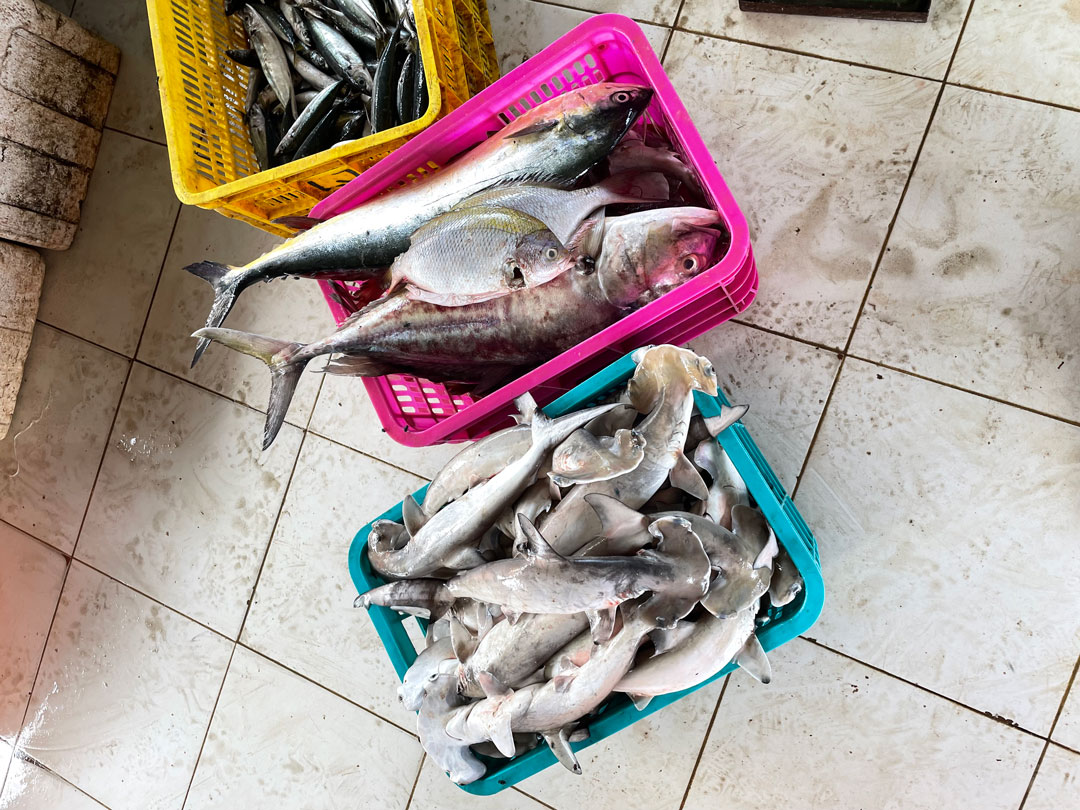 The primary direct threat to sharks is overfishing, and while this fishing pressure is partly driven by the high-value trade in fins for some species, it is only part of the issue. Many sharks are traded and consumed in local markets, which are not covered by CITES regulations. Further, sharks are most frequently caught as valuable but unintentional secondary catch by fishers using unselective nets and lines. Proper enforcement of CITES regulations is also needed, with parallel concerns that enforcement could create unintended consequences such as increasing prices, driving black markets, or impacting the livelihoods of vulnerable coastal communities which depend on sharks for food and income. While conservation efforts are certainly needed to reduce catches of endangered sharks, we also have a moral duty to support the rights and well-being of the world’s poorest people, and ensure they do not bare the majority of the costs of conservation.

Given all this complexity, what can be done to implement CITES and halt overfishing of sharks, whilst doing no harm to coastal communities? 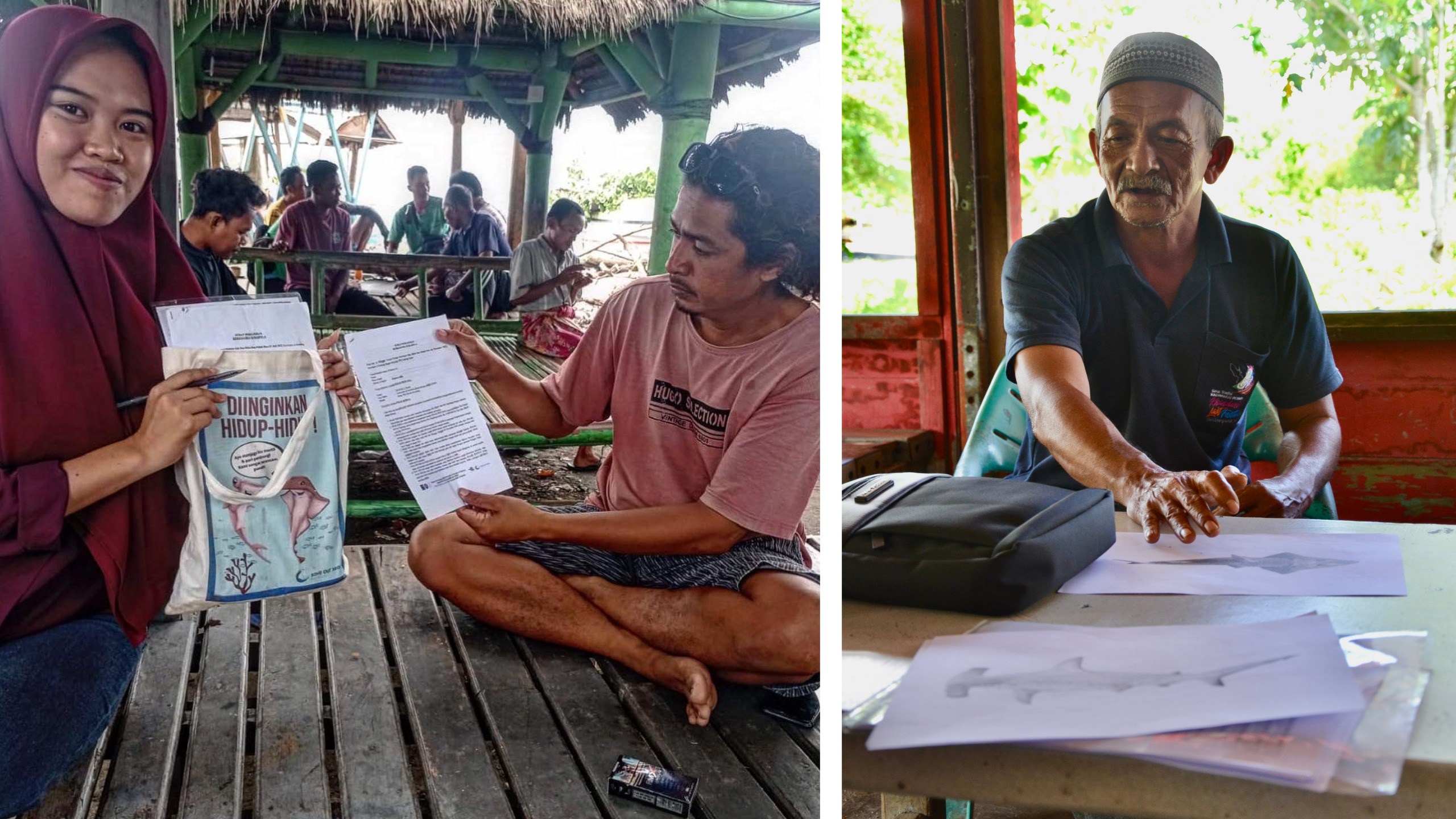 In our latest research article, we share a local perspective from the people’s whose voices are often neglected but should matter the most: small-scale fishers who catch threatened sharks in the world’s largest shark fishing nation; Indonesia.

We worked with local researchers in Aceh and Lombok – two of Indonesia’s shark fishing hotspots – to apply methods from behavioural and economic sciences, with the aim of predicting which types of approaches could be most effective for incentivizing fishers to reduce catches of critically endangered sharks. We focused on particular on hammerheads and wedegefish. 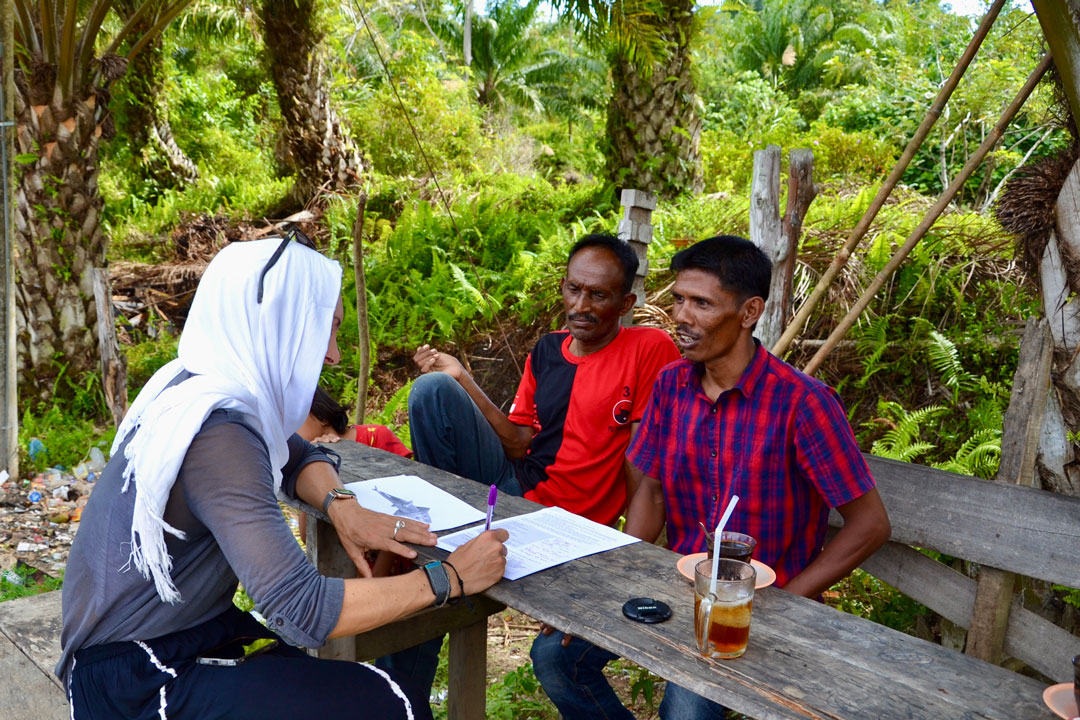 Our survey presented a range of plausible scenarios to fishers and asked them how their fishing behaviour would change (or not) under each scenario. These included: a new rule to protect the species, with a fine for fishers who catch them; a voluntary program to protect the species, which fishers could choose to join; and a compensation-based program, where fishers would be financially compensated for income lost from reducing catches. 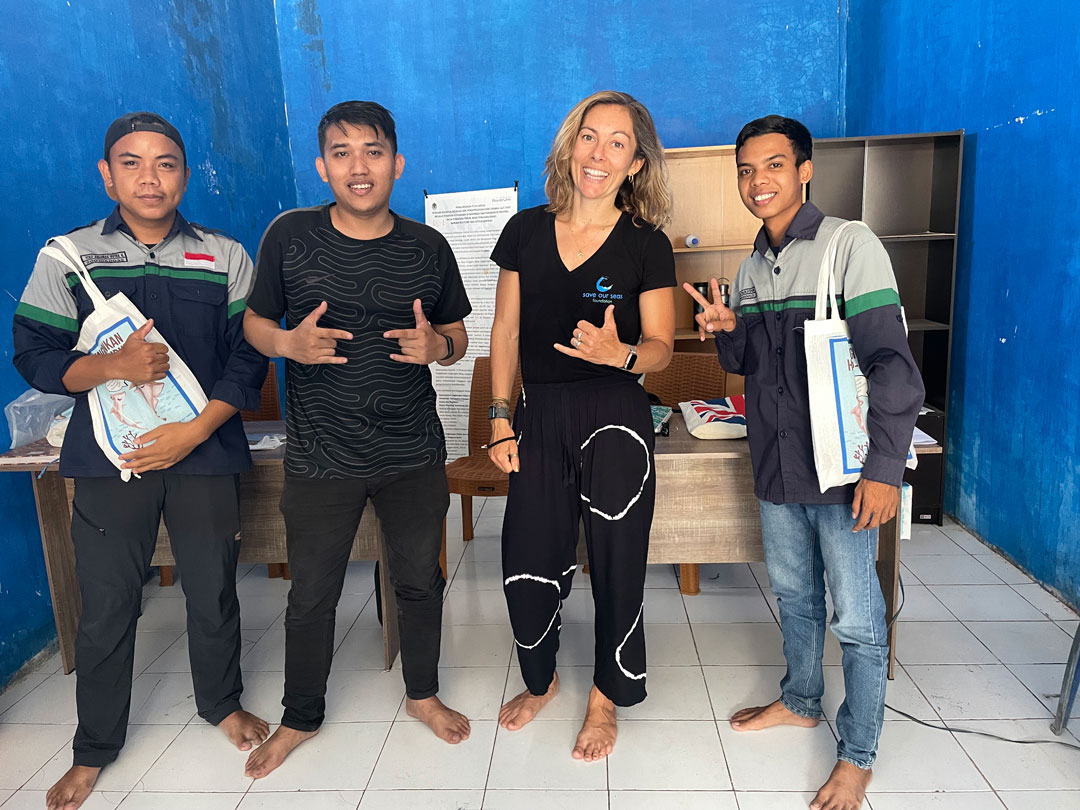 We found the rule and fine scenario to be very unpopular, and it was predicted to be the least effective. Only roughly 50% of the fishers interviewed in Lombok and 20% of the fishers interviewed in Aceh said they would reduce catches in response to a rule and fine. It was widely believed to be unfair with negative impacts on their wellbeing. Interestingly, a voluntary program – with no financial incentive, but wherein fishers themselves could choose rather than have a rule imposed on them – was more popular and effective, with 30-50% of fishers stating they would reduce catches. Finally, the compensation-based program was predicted to be the most effective, with 90 – 100% of fishers agreeing to reduce their catches to zero if they were compensated for the lost income. Fishers felt this was the fairest approach, and would have positive or neutral impacts on their livelihoods. In Aceh fishers were willing to accept less that $2 per individual hammerhead, and $4-7 per individual wedgefish. Based on these figures it could cost as little as $12,000 per year to save up to 20,000 hammerheads and wedegefish in Aceh. 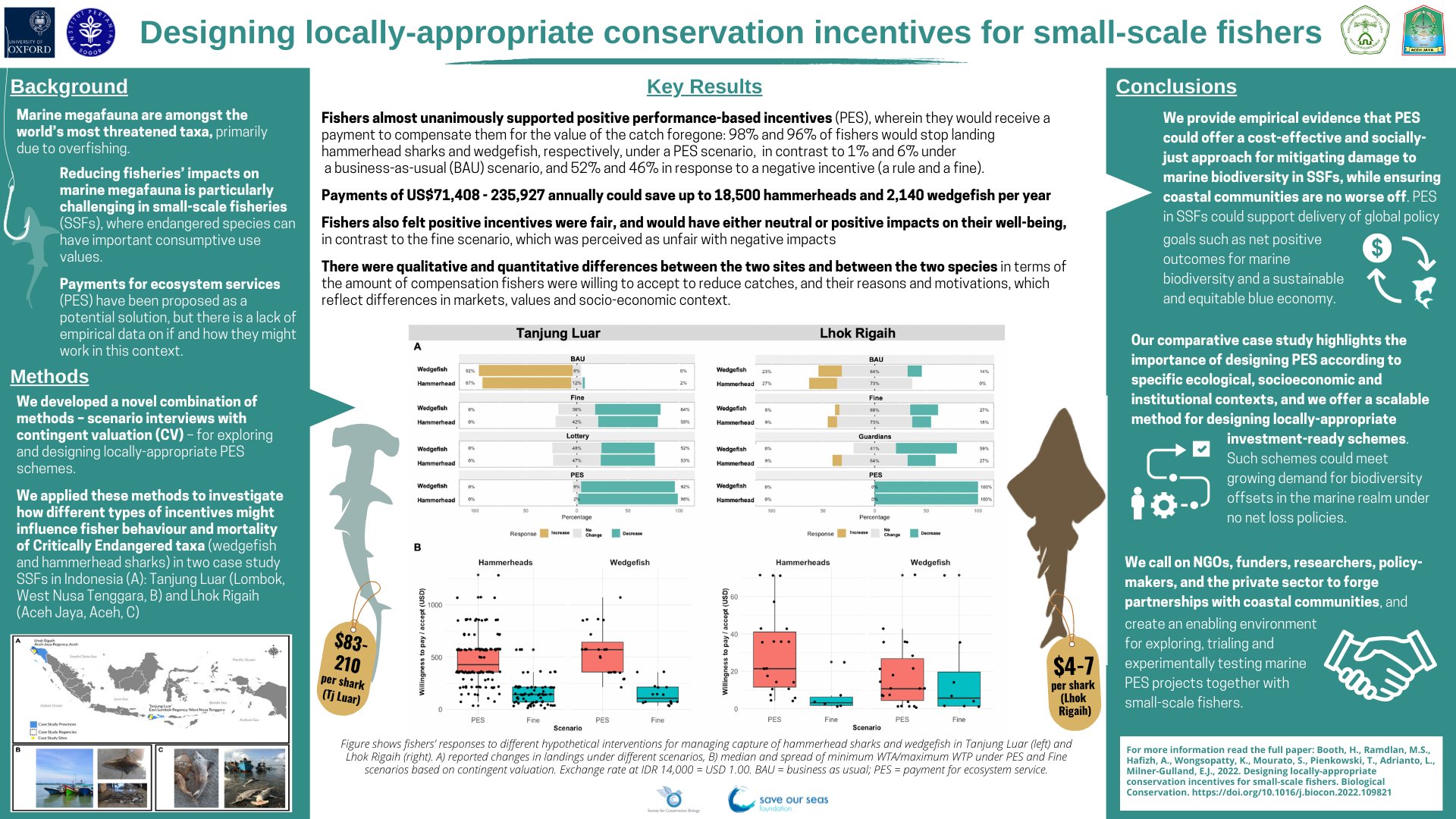 While we don’t know exact figures for the estimated cost of enforcing and rule and a fine in our study sites, the compensation-based approach is likely to be cheaper and more cost-effective. For example, the estimated cost of a single public safety patrol boat in terms of staffing, maintenance and fuel in the USA is $40,000 – 100,000 per year. Moreover, the compensation-based approach also delivers better social outcomes in terms of being fairer and maintaining or improving well-being of fishers.

Based on these results we have already begin trialing a compensation-based approach in these sites, where fishers receive compensatory payments if they share a video of hammerheads or wedegefish being safely released. Already more than 150 individuals have been safely released, and fishers anecdotally report that they are happy with the program and are using the funds to cover their families’ daily needs and their children’s’ schooling.

In the long run, the cost of such programs could be covered by tourism levies, or by commercial seafood companies to counterbalance their negative impacts on marine biodiversity.

With the UN biodiversity conference also taking place in December – during which country governments are expected to agree on a new global framework to protect and restore biodiversity – our study offers a scalable method for designing locally-appropriate conservation interventions. Most importantly, our method supports co-development of local solutions to global problems, together with people who are most important for implementing conservation and who will be most impacted by it, rather than imposing solutions. This is essential for identifying fair and feasible approaches, and creating a just world in which nature and people can thrive together.

Project
Solutions for shark fisheries in a Surfer’s Paradise