Searching for sawfishes in Panama

We travelled half the length of Panama to arrive at a hot and wet Chiriquí in the far west. As new researchers undertaking a Panama-wide survey for critical marine habitats, we found the plan to visit a different coastal community every day both daunting and exciting. We are undertaking a rapid assessment of these relatively unknown stretches of coastline to evaluate areas that are – or were – critical for elasmobranchs at various stages in their life cycle. 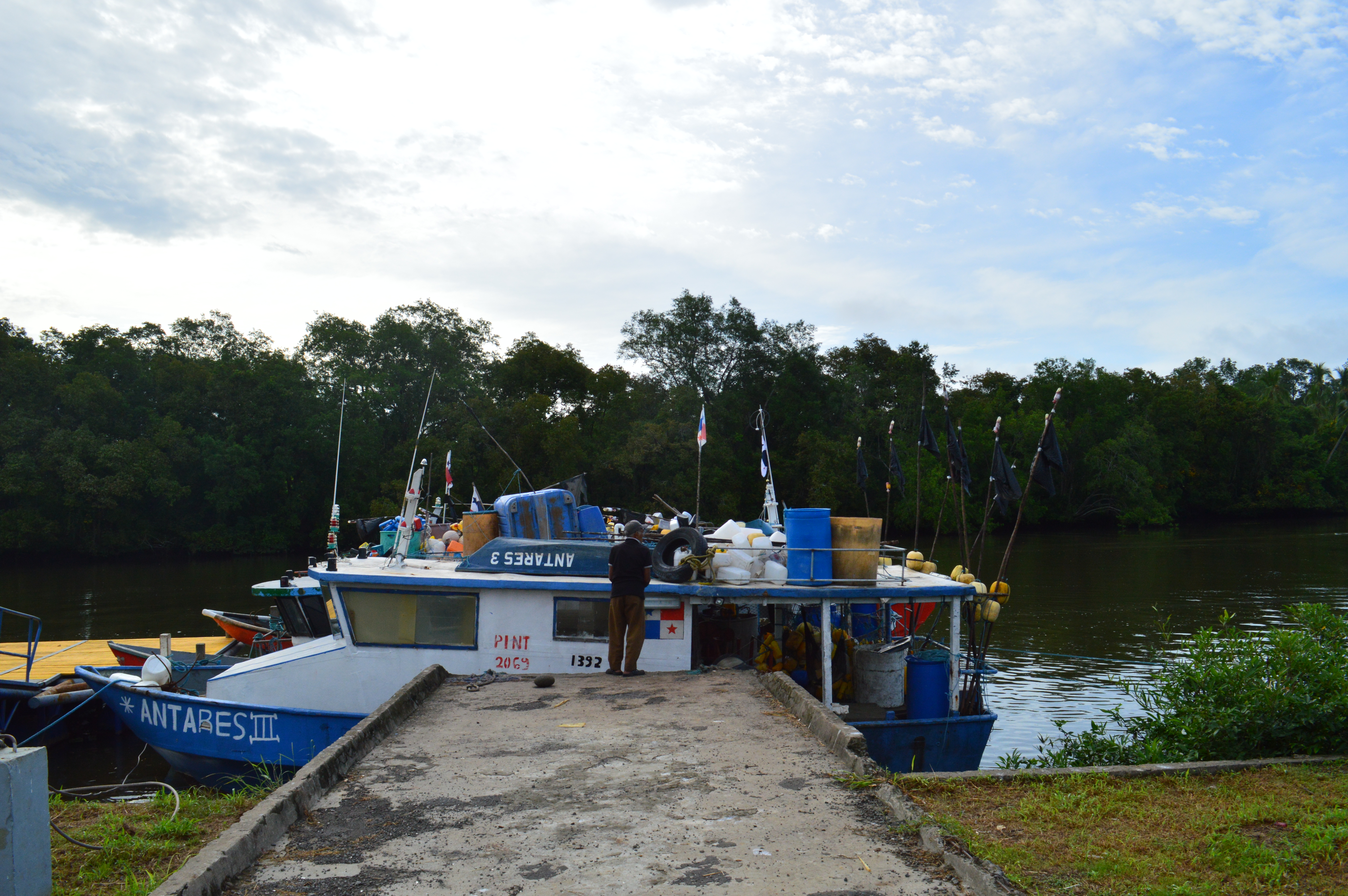 A gill net boat getting ready to sail Gulf of Chiriqui, Panama. © Photo by Alex Tilley

Very early during our time in the Gulf of Chiriquí it was evident how beautiful and how crucial mangroves are, and how they play an important role in the lives of local fishers. We visited various harbours and docks where we observed fishers prepare for an entire day at sea in very small boats – and then the happiness in their faces when they returned with a ‘cooler’ full of fish.
Standing among the mangroves or paddling through their myriad creeks and channels, we wonder if there are any sawfishes left here. If the most endangered fish in the world were to be hiding somewhere, surely this ever-changing labyrinth would be the perfect place? However, in most of our surveys so far the fishers have stated they have not seen a sawfish for the past 10 to 20 years. In Chiriquí long ago, the fishermen told us, sawfishes were frequently found in gill nets and lobster nets, but more recently there has been no sign of them. The snook (seen here held by the fisher) is a faithful inhabitant of the mangroves, and a very important commercial species for the mangrove communities of Panama. © Photo by Alex Tilley

Many fishermen think the increase in near-shore shrimp trawling is the culprit and that sawfishes declined in number because they became so easily entangled in the trawl nets, as well as in the gill nets of artisanal fishers. The greater tragedy is that all the sawfishes were regarded as by-catch and discarded. There was no market for the species then, so these gigantic, magnificent creatures would be brought back to land and left to rot. In those days it was not uncommon to find individuals of 5–6 metres long. In the Gulf of Chiriquí not even their rostra (the ‘saws’) remain. Although fishers commonly kept rostra as decoration in their houses, given the recent increase in interest they have sold them all to buyers. A busy fish landing dock amongst the mangroves of Pacific Panama. © Photo by Alex Tilley

Next stop the Gulf of Montijo…