Searching for Fish in the Sahara!

Last month Daniel Fernando and Isabel Ender carried out a research trip to Western Africa to learn more about its mobulid fishery. After being diverted from southern West Africa (read previous blog), they headed further north along the coast to Western Sahara and Morocco. Here Isabel explains what she discovered:

If I tell you we’ve spent the last week looking for fish markets in Western Sahara, you would probably think that we have lost our marbles! – but guess what, Western Sahara does have a coastline and we did find some markets!! It’s been four long weeks in the field by now and we have traveled over 1,700 km just from Dahkla to Casablanca to find out more about the mobulid fishery in West Africa. 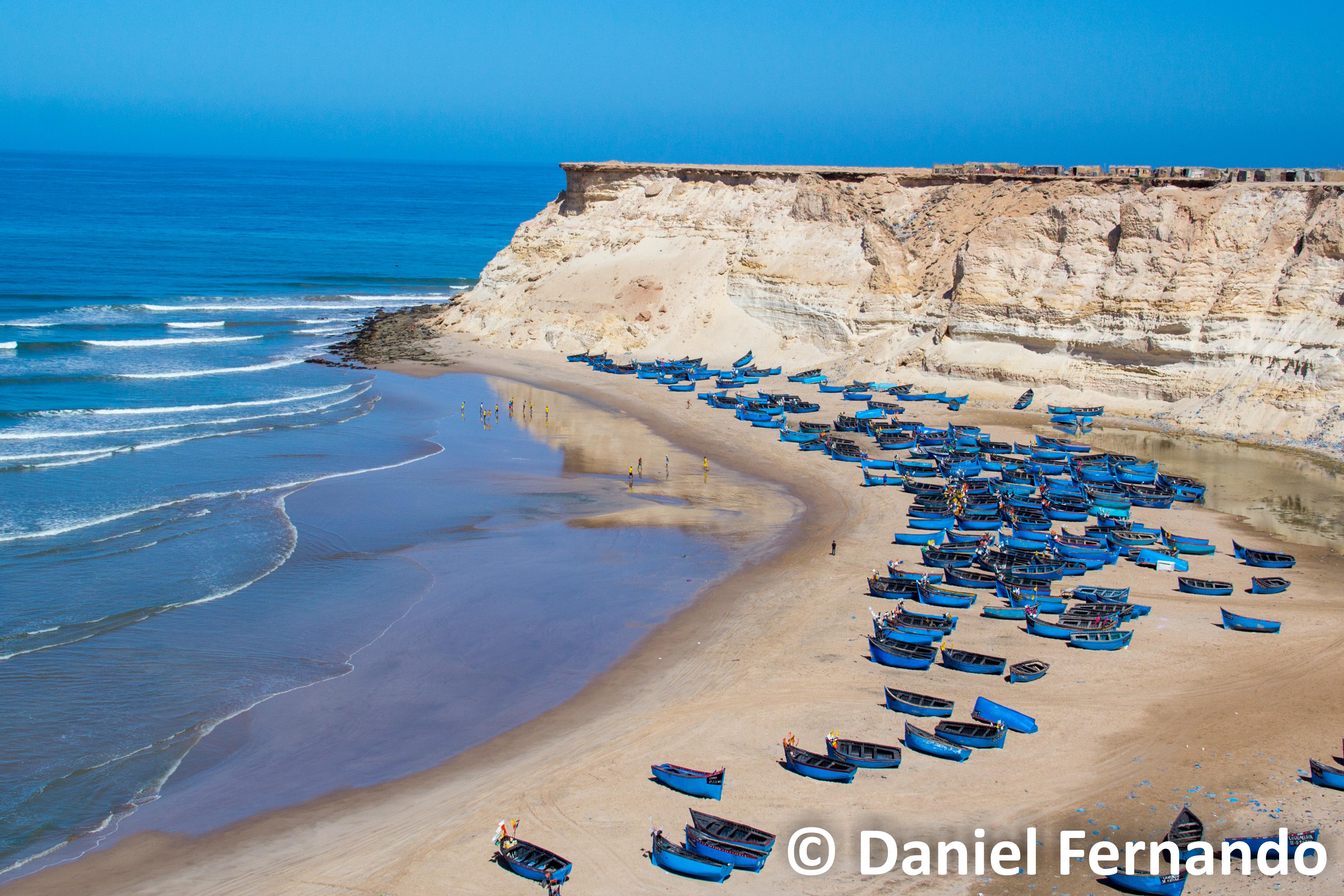 Dakhla, a little windswept town situated a few hours north of the Mauretanian border has a massive harbour with numerous bottom trawling vessels and other boats landing fish on a daily basis. Surrounded completely by the desert, it’s a little oasis in the middle of nowhere and the road driving down towards it was unbelievably beautiful. Unfortunately, security levels in this region are extremely high as it is still considered a conflict zone, so we could not receive as much information about the fishery as we did in Senegal. However, we can say with confidence that it does not look like there is a targeted or any large scale bycatch fishery for mobulids in Dhakla or Laayoune, the other border town in Western Sahara. 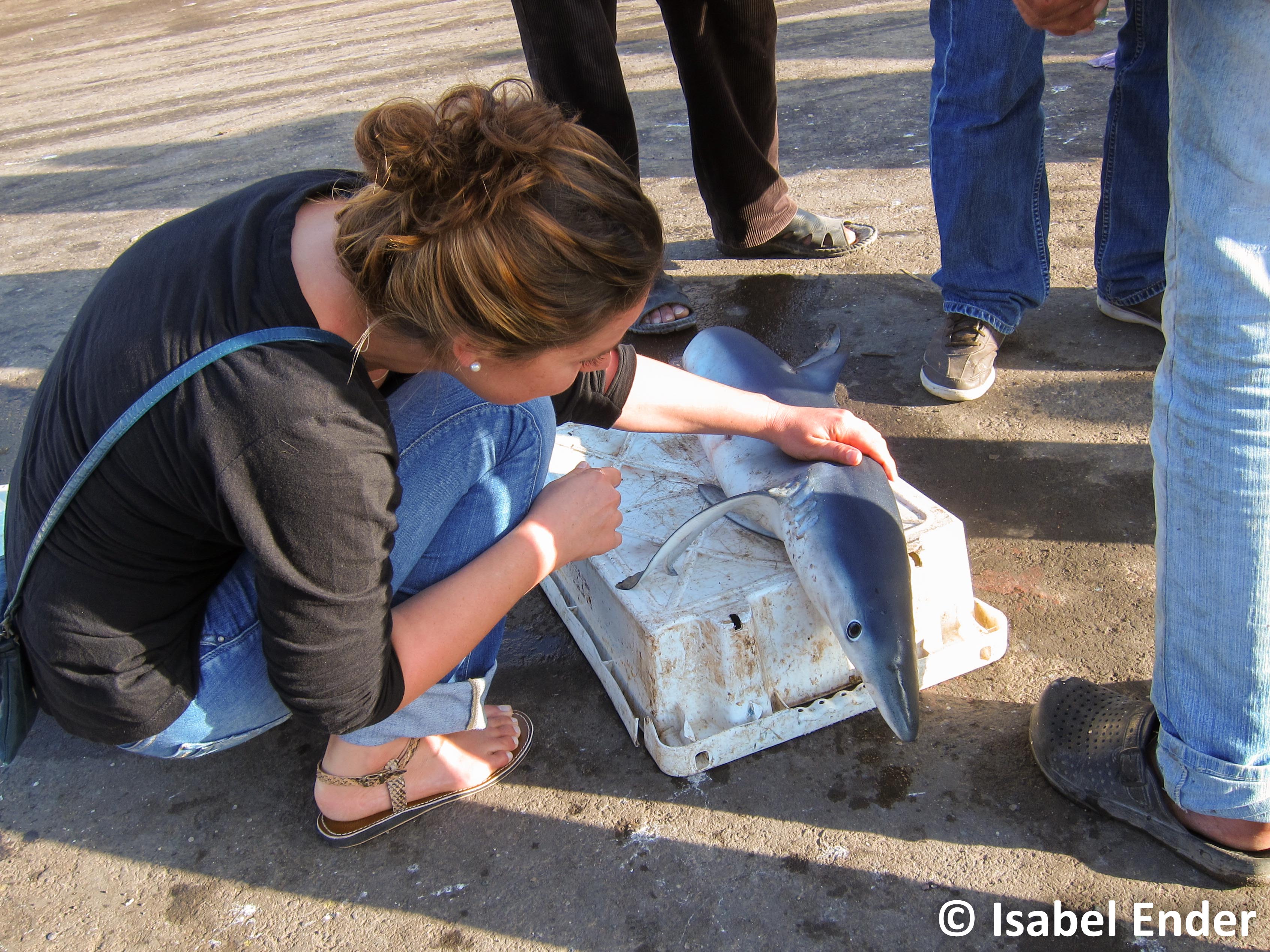 As we entered Morocco, the climate relaxed; there were less police checks along the road and we could walk through the fishmarkets and let our curiosity run free again. Similar to the south there was a lot of trawling takinng place along the Atlantic coast of Morocco, particularly in the big harbours of Agadir and Casablanca. However, it was often the smaller boats, which used a different fishing technique and net size than the large vessels, that landed the species we were interested in. While these boats do catch rays occasionally, again it does not seem like there is a targeted mobulid fishery. For sharks however it’s a completely different story! One market in particular blew my mind; outside, there were hundreds of fishermen preparing their longlines to head out as they do every night, and as we got a glimpse inside the market hall, we saw piles and piles of sharks of all sizes, up to 4m large threshers and several smaller blue sharks – shocking, yet for these fishers just another day in the office. 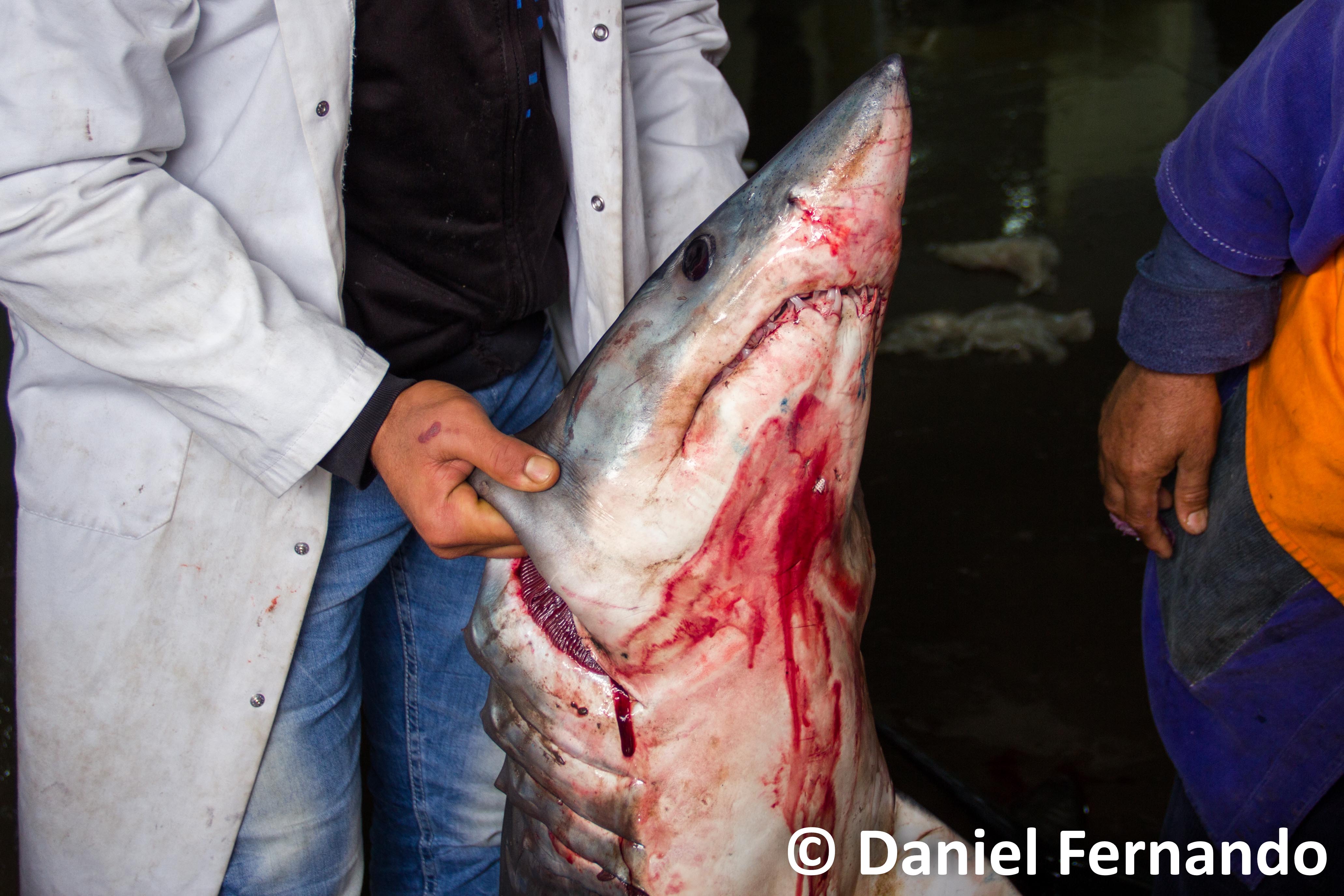 Our expedition has now ended and it’s been five incredibly enriching weeks. One really gets to know a country in a very different way through these surveys, connect with people you’ve never imagined you would meet or talk to. While of course there were some scary and unwelcoming experiences too, it has been one of the most interesting trips I have had in a long time. The full report will be out shortly and we’ll make sure to share the link with you.