Our team was very excited about deploying longlines in the Miskito Cays, given the information from artisanal fishers and the previous landings we knew surely, we would catch some sharks. This field trip was a rough one for us since there were no breaks in the trade winds which made for choppy seas, therefore making it very difficult to access all our sites.  We stayed mostly in the backreef and lagoons, with some occasional sets on the forereef in the early mornings. The days at Dayton Cay started quite early around 5 am to cut our bait and get all our gangions and gear neatly on board. Once at our site, deploying the longline was very rhythmic and methodical, with everyone in their positions focused on baiting hooks, clipping gangions and throwing the line with the occasional joke on the person “slowing” the chain. 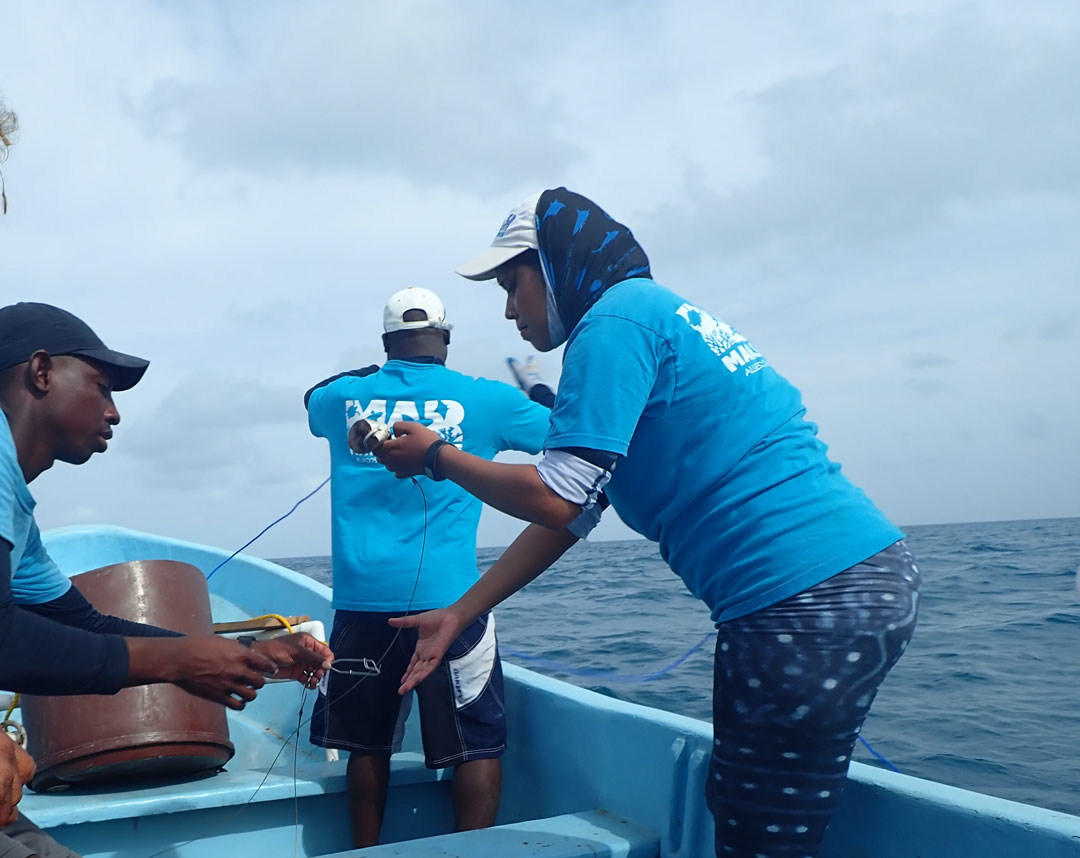 On our third day when the wind dropped slightly, we managed to get to some of the eastern cays. While we were dropping the first line, we could see in the distance a small cay being circled by hundreds of boobies and frigate birds.  Even at a significant distance, we could smell a foul odour coming from the cay. After setting the line, we slowly approached the cay, which was covered with mountains of lobster traps and canoes. We walked around the cay following the smell, the more we walked the stronger it became. When we reached the origin of the smell, we found a massive pile of rotten shark carcasses! It was difficult to estimate how many sharks must have been taken in the season since they were all matted together with the remains of liver oil and some decomposing rapidly. The team bravely probed through the remains and identified seven different species of sharks, many of them great and scalloped hammerheads. When we checked our line, we had only empty gangions. Over the following days, we found four other cays with a similar story. 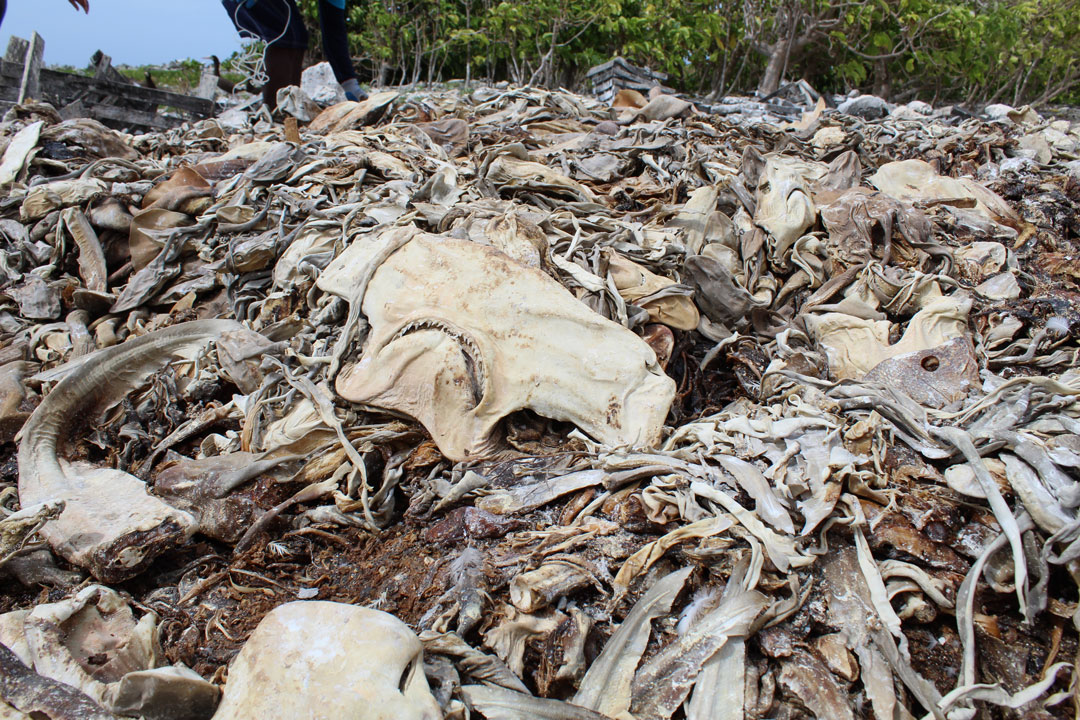 Remains of several sharks in the first fishing camp we found. Photo by Gabriela Ochoa | © MarAlliance 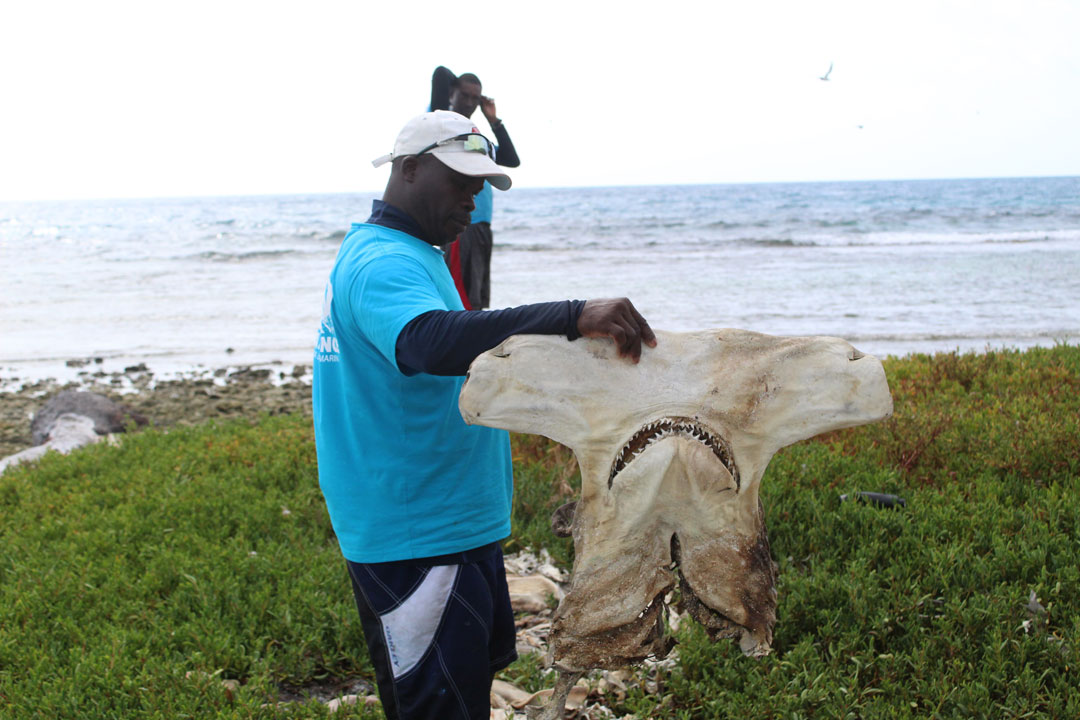 Exson holding the head of a great hammerhead. Photo by Gabriela Ochoa | © MarAlliance

We also had many productive and successful days with several sharks on our longline, we deployed 24 sets and caught, tagged and released three species of sharks: nurse sharks, Caribbean reef sharks and Caribbean sharpnose sharks. Most of the sharks we tagged were juvenile reef sharks. There was an evident absence of large predatory sharks like tiger sharks and hammerheads, which might suggest overfishing.  Overall, it was a successful trip and the team was very satisfied with the results. However, many questions where revolving in my mind, where were all the hammerheads? Where they all in the cays we visited? How were they utilizing these areas? There is much more work to do in the cays and we hope to keep monitoring this area long-term. We hope our fisher surveys can elucidate more details on this complex fishery and their target species. 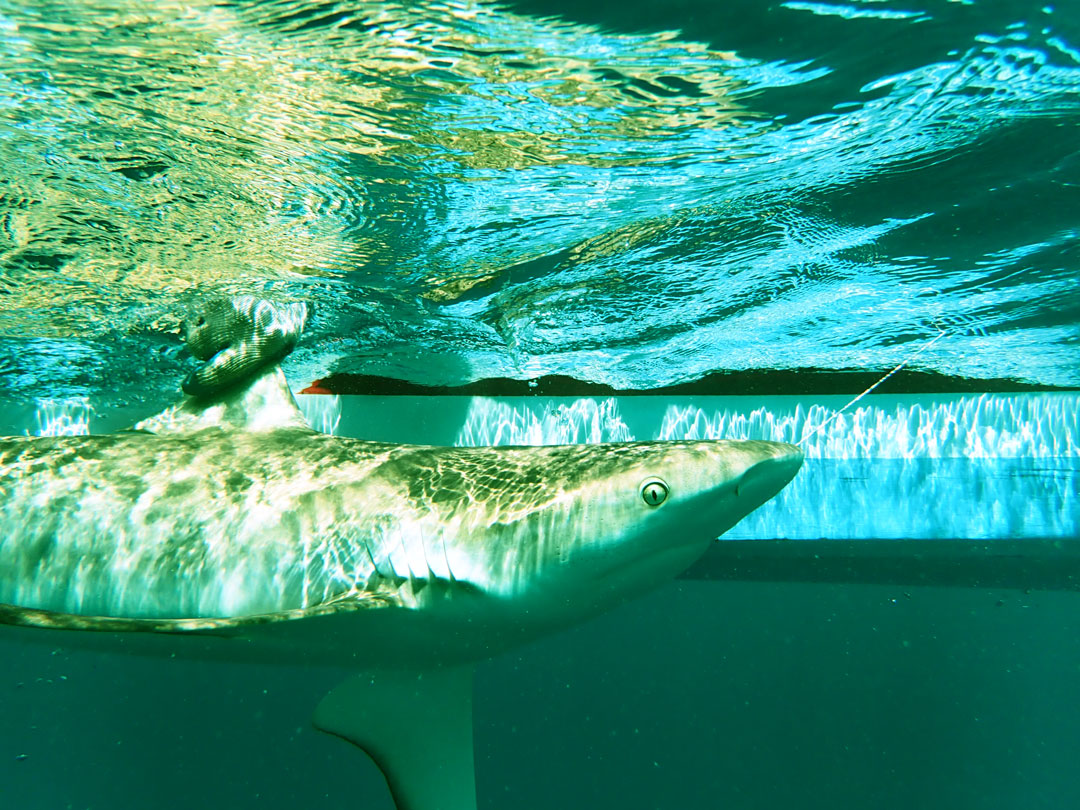 Caribbean reef shark captured in one of our longline sets. Photo © MarAlliance 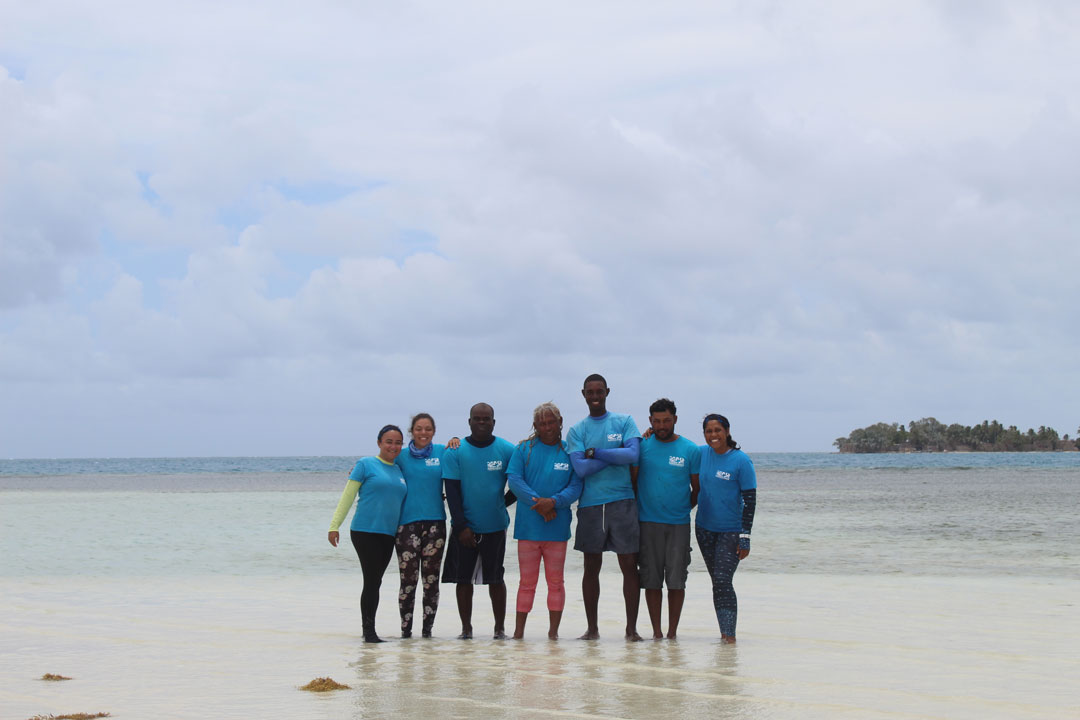