Saving the pincushion ray from danger of extinction

In 2021, I applied for an SOSF grant to gather the first data for the pincushion ray, one of only two freshwater stingrays in Africa. To establish and train citizen science fishers to survey the distribution and possible threats against the continued existence of this stingray by getting data and driving awareness campaigns with communities across Nigeria. This critically endangered stingray was hardly caught by the local fishermen due to the present population decline observed over decades. One of the threats against this species is the fact that they take a longer period to mature, and they are being harvested mostly during breeding seasons, thereby causing both mature adults and pups to be exploited. These factors combined make it difficult for the rays to survive till adulthood as humans contribute massively to their decline. However, other areas known for the abundance of fish diversity, such as River Niger in Jebba and Lokoja, were also explored in search of this rare species. Good observations were recorded in these areas to show the wider geographical distribution of the pincushion ray in Nigeria with the limited rate of occurrence. 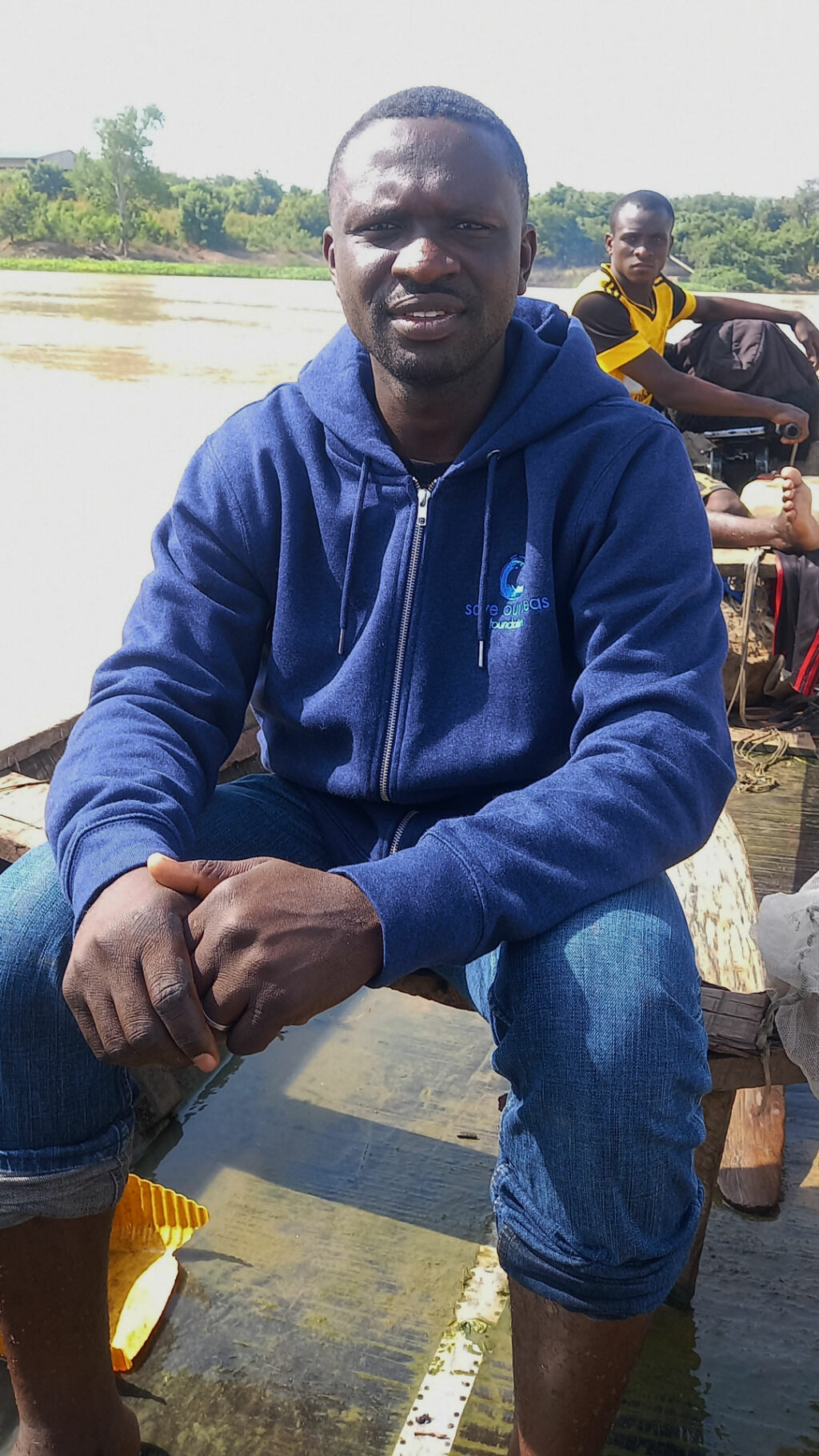 For decades, information about pincushion rays has only been passed informally among locals. This information was useful in getting valuable and reasonable data from the fishers and mongers. The information gathered was vital in confirming the ecological knowledge useful in the historical status of the fish assessment. This socio-ecological study of pincushion ray and knowledge from the experiences of the fishers and mongers in Jebba, Lokoja, Lagos and Cross River, Nigeria, shows the rare occurrence of the species for decades as it continues to decline. 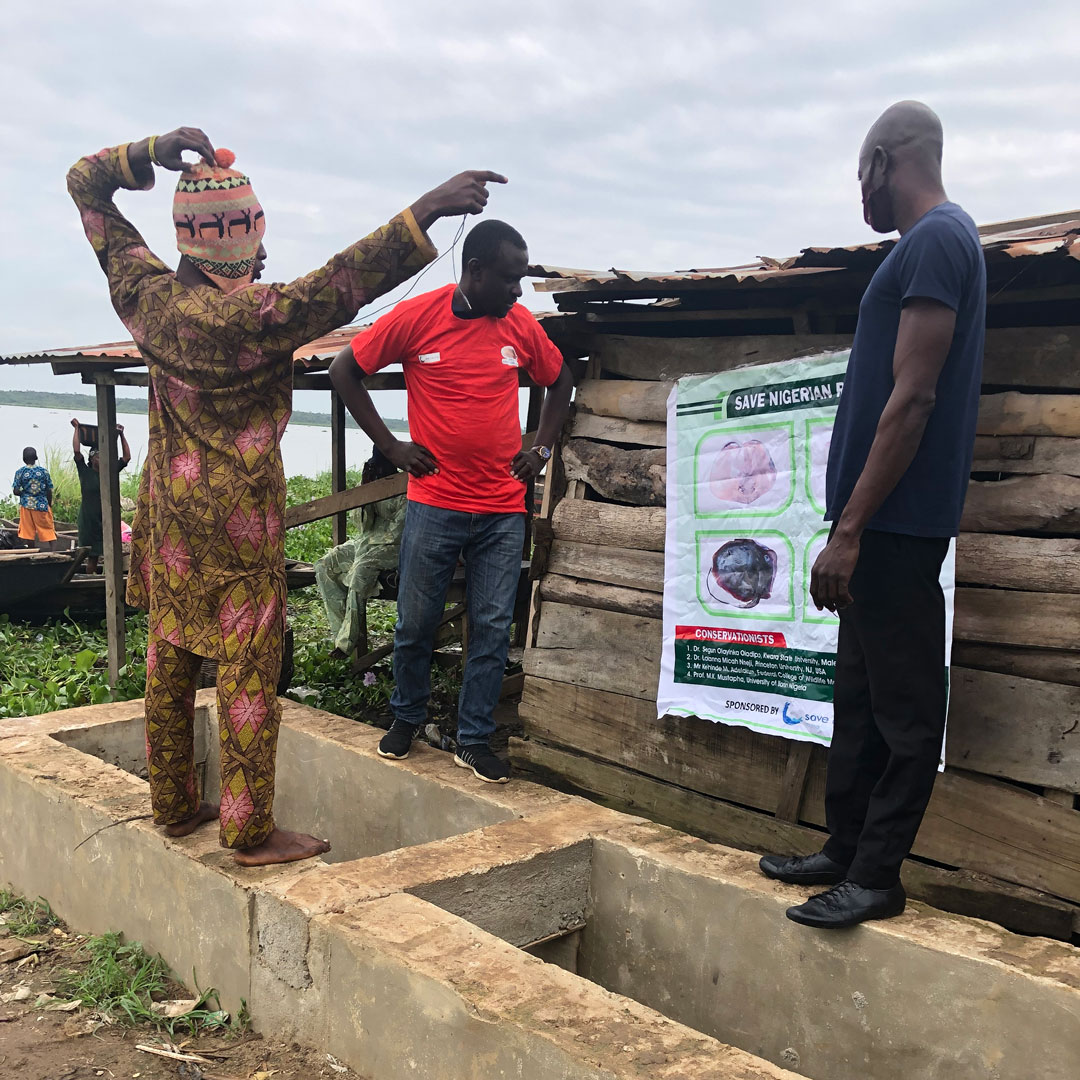 The socio-ecological study of pincushion ray and knowledge of the fishers and mongers in Nigeria. Photo © Ajayi Bolanle

During the first visit phase, personal interviews were conducted with the heads of the fishers and mongers in the communities to create the citizen science group toward conservation. Questionnaires were distributed among the social groups (children, market women and fishermen) located along the landing site where pincushion rays occur to document the indigenous knowledge about the focal species. This was done at intervals in April, June and October 2022.

Conservation education activities within the landsite and community for pincushion ray involving the school children, the market women and the fishers. Photo © Roseline Adeshike Aderinto

We also engaged in conservation education activities within the landing site and communities for pincushion rays involving the school children, the market women and the fishers (involving conservation sensitization and awareness programmes). Enlightenment on the importance of sustainability of stingrays in the ecosystem and the need for their conservation. In addition to the conservation of the focal species, media awareness in the local language and English was set out within the locality where the extension of the distribution range of occurrence was noted. This was done every day for three months on the radio immediately after local news to attract a good audience.

Segun is gathering the first data for the pincushion ray, one of only two freshwater stingrays in Africa. By establishing and training the first Nigerian Stingray Conservation Team (NSCT) to collect citizen science fishery data, surveying the distribution and threats of this stingray, and driving awareness campaigns with communities, Segun’s project will bring new understanding for a little-known species. Increasing what is known about the ecology and conservation status of this freshwater ray can help drive suitable conservation policies in Nigeria and identify the habitats that most need protection.