In July 1974, while in West Africa, I had the chance to join a short expedition up the River Gambia with a Dutch FAO scientist, Wim Scheffers. He was sampling for plankton; I was searching for sawfish. Each night we stopped off at a village or small town, and I laid nets and lines. Although I caught bull sharks in the river, the sawfish eluded me. On the last day, Wim woke me at 5.30 am on the jetty at Tankular, where I was sleeping. We boarded our boat, and with the sun rising into a hazy African dawn above the dark green line of trees, Wim pulled in his last plankton net and I,  my shark line, which was a tangled mess. We had coffee and the boat went to sleep, mostly. Even the captain managed to doze at the wheel, waking every few minutes to put the boat through yet another huge arc that formed our endless meander downstream towards the river mouth. Fortunately, the banks were far apart. 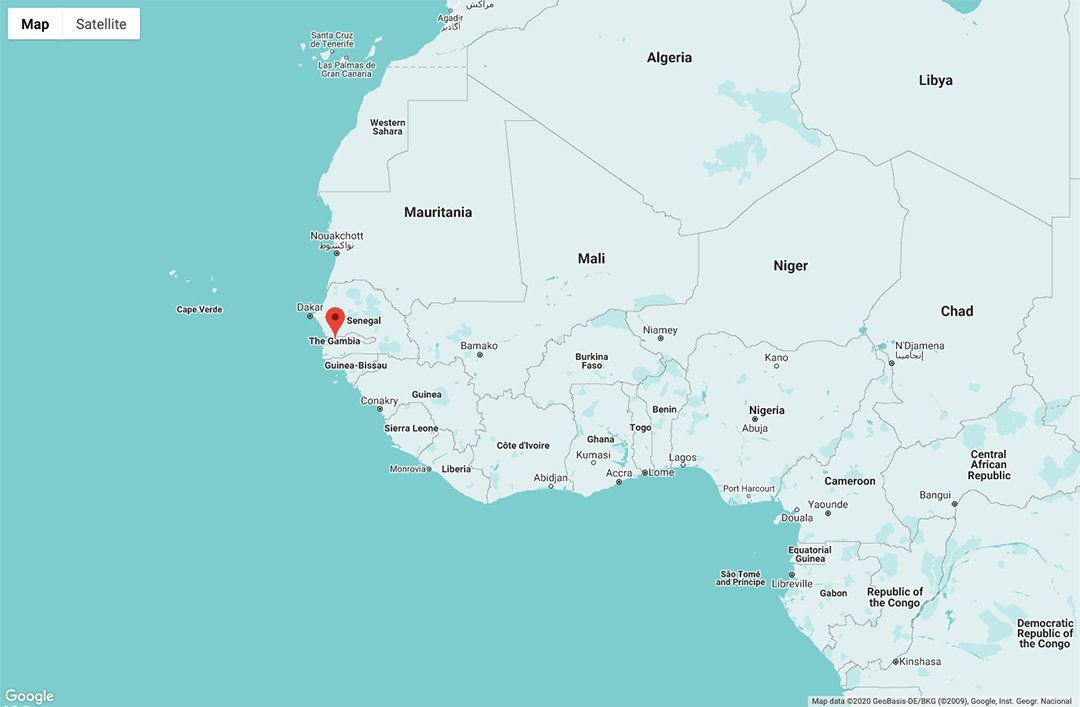 I sat forward, to begin with, groaning inwardly as we lost precious hours by taking such a winding course. At about 8.45 am I moved aft to start untangling my line. I was about halfway through when someone came to look for Leity, the cook. Leity was not in the galley, nor in the bow, nor anywhere to be seen. The realisation hit me: man overboard! The standard procedure for a man overboard is to head on a reciprocal bearing for at least the same amount of time elapsed since the person was last seen. But our course had been all over the place, and the river was very wide. It took me a while to stop what I was doing and to think. I knew I had last seen Leity when we were having coffee, an hour and a half ago. The current had been with us then but had changed within the last half hour with the change in tide.

Everyone dithered. I got bossy. Wim got stroppy (with me). After all, I was a mere student, he the chief scientist, and as he reminded me, I was the guest. Onboard we had six people, six pairs of eyes. I tried to post each person evenly around the boat and rushed below to fetch my 300mm camera lens. There were no binoculars on board. I was so scared. We did not know if Leity could swim nor whether the sharks were hungry. Wim was taking notes and asking when Leity had last been seen. No one seemed to know, except Moses, who was certain that he had seen Leity washing rice only a short while back. “Yes, Scheffers,” he said. “He fell over at that point”, indicating vaguely behind him. The captain swung the wheel for another 180-degree sweep.

I intervened. According to my estimate, we had to continue half an hour more, despite Moses’s forcefulness, and Wim’s desire to keep me out of it. I persisted in my stubbornness and insisted we turn around and continue upstream.

By now 20 minutes of the search had passed. The chief engineer was staring at the water four feet in front of him. The rest of the crew had turned their backs to the sun and were looking from whence we came or had disappeared into the wheelhouse. Wim was relying entirely on what the crew were telling him. I clapped my hands in disbelief. “Hey, LOOK! Look hard! He may be dead!”

Fortunately, two of us were praying, me and Leity. At 9.20 am I saw a black object dead ahead, and with the camera I confirmed it was Leity, splashing occasionally at the surface. Instant chaos. The captain could not see him until he was 100 yards off. Moses was taking off his clothes, and Wim shouting at the captain to go faster, half expecting Leity to sink without a trace at the last moment. 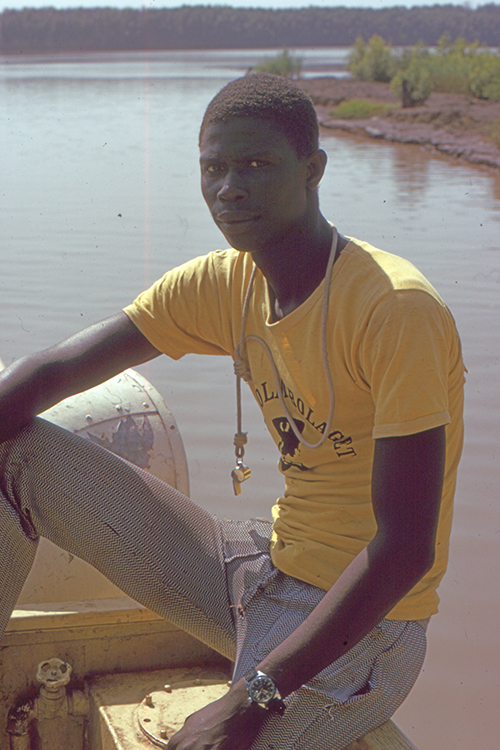 I jumped in and held him up. There was no panic. Leity was dead calm, but not dead, thank God, not dead. What joy there was on the boat! I felt this huge sense of relief and happiness as I supported him in my hand. Alive! “Allah has been good to you”, I said. He nodded.

A few weeks later, a cheerful voice greeted me at the trans-Gambia ferry at Balingho. I was waiting in that interminable queue, trying to get across. It was Leity! He had a job on the ferry, and from that day on whenever he was there, I queued no more.