Rostrums stored in every alley

The Coastal Area of Lampu Satu: there are rostrums stored in every alley

Before starting the expedition in Asmat regency, Sawfish Indonesia first provided training in the identification, measurement and tissue sampling of sawfish rostrum to 11 selected students from Musamus University, Merauke. At the end of the training, these students formed a group called ‘Sawfish Trackers’. This group was tasked with helping Sawfish Indonesia collect data on sawfish by examining rostrum in the South Papua region. 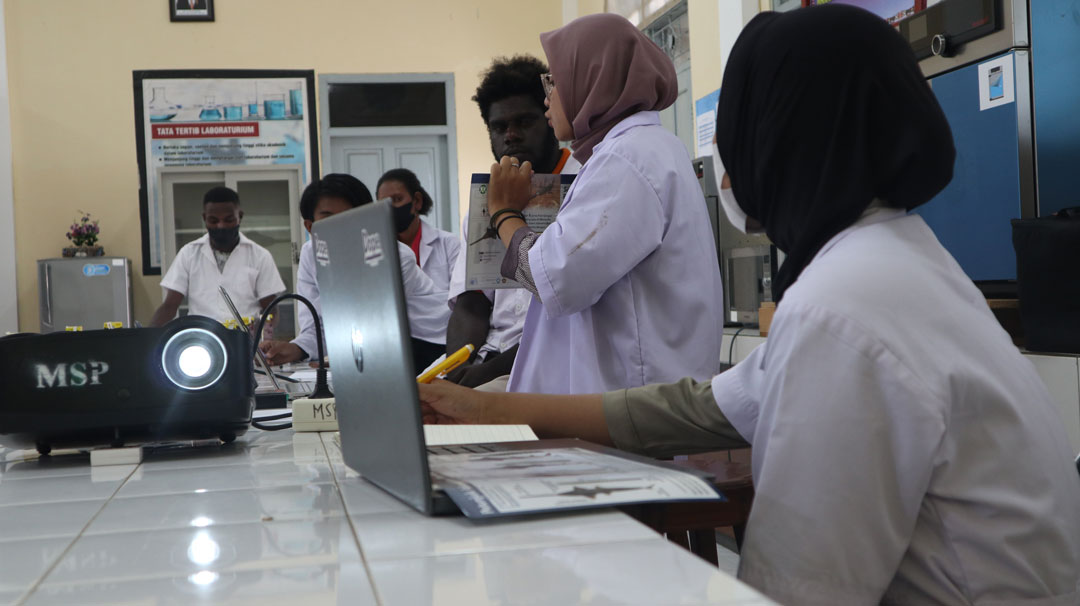 Merauke, or rather along the coast of Lampu Satu, is one of many densely populated housings, almost all inhabited by fishermen and their families. Around the shoreline, hundreds of fishing boats operating in the Arafura and Aru seas area line up neatly, waiting for sufficient supplies to return to the sea. Based on our brief survey, we found information that some residents keep sawfish rostrums in their homes. Therefore, Sawfish Indonesia and Sawfish Trackers combed residents’ houses in each alley at Lampu Satu to find and record the rostrum. 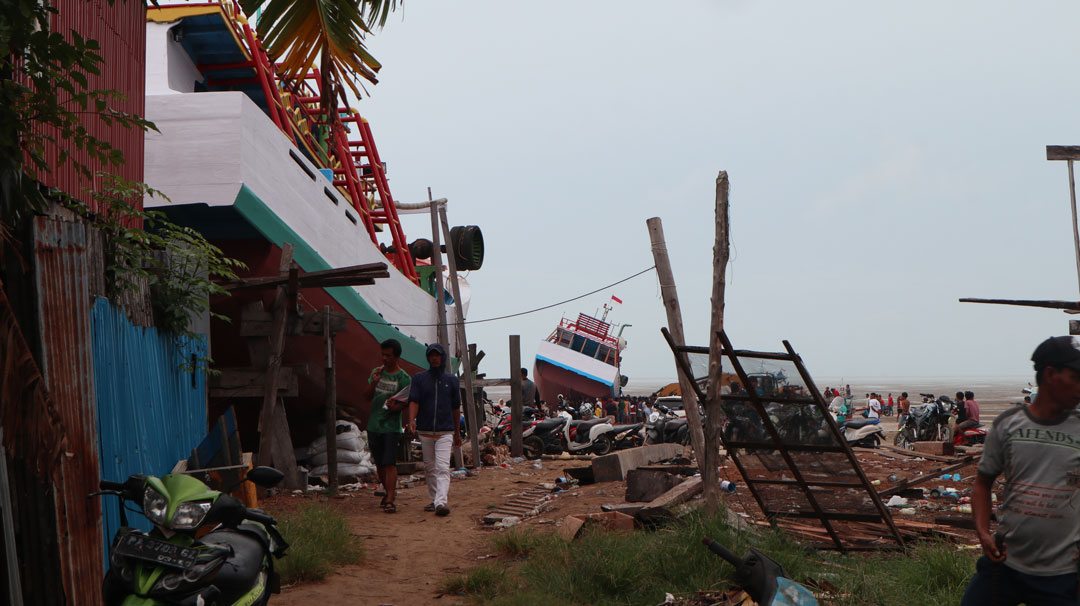 The coastal area of Lampu Satu, which is the survey location for sawfish rostrum. Photo © Yunita Wakhida

Our trip started in the afternoon when the sun was not too hot. We patiently walked along the narrow streets around the alley. It wasn’t long before we finally found the first house, which held two rostrums. The rostrum comes from the species of narrow sawfish (Anoxypristis cuspidata). Unfortunately, at that time, the house owner was out at sea, so we did not get further information. However, we received clarification from the homeowner’s son that the rostrum was caught at the end of 2021. We immediately conducted an examination and took tissue samples after obtaining permission. 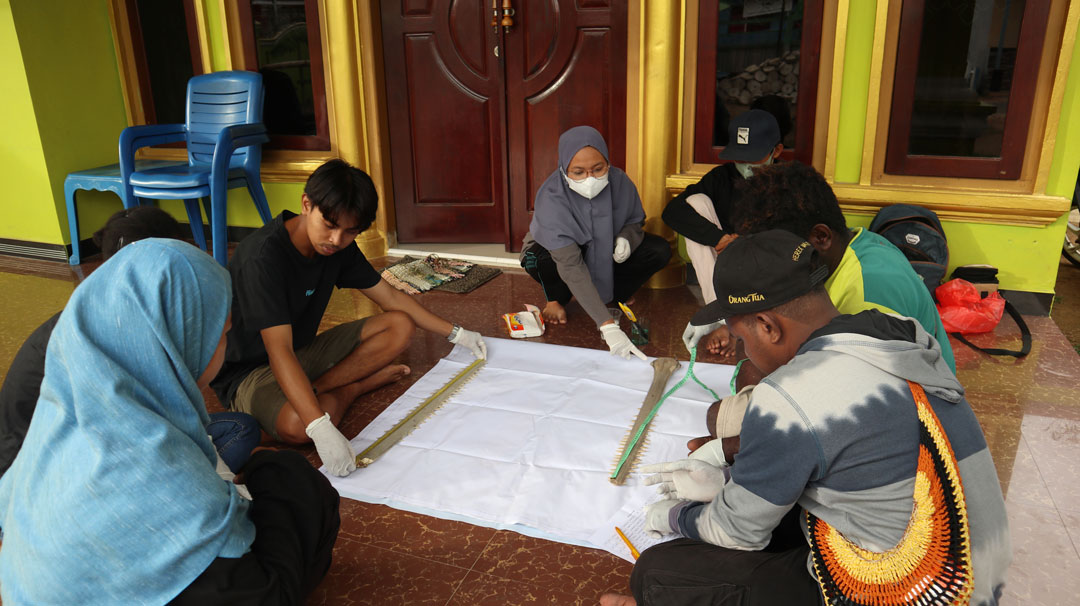 Our inspection continues to the next alley. Even though this alley is smaller than the previous one, we are happy with the enthusiastic people informing us that their house has a rostrum stored in it. From that alley, at least seven rostrums were examined, one of which surprised us. How could not? A rostrum from largetooth sawfish (Pristis pristis) had been caught at the Indonesia-Australia border a few weeks before being handed over to us. I don’t know how I felt at that time. Should I be sad or salute the fisher who finally handed over that rostrum? 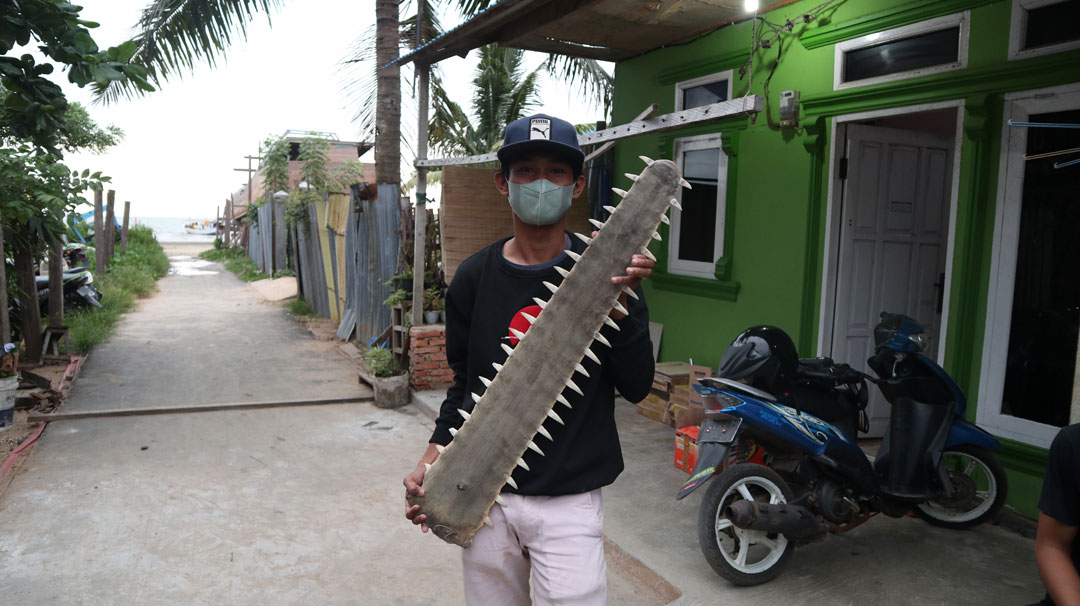 At the end of the trip on the Lampu Satu coast, there were at least 14 rostrums that we had identified. But I firmly believe there are still a lot of stored rostrums that we haven’t had the chance to check. What we got was just like the iceberg phenomenon. But from this fact, we have realized that our work as a conservation organization is still very much. The sawfish threat is real, and we need various parties to help us protect and preserve this incredible water creature.