We awoke to a group of 2 humpback whales sleeping just meters from shore. It was the sound of their soft blows that nudged us one by one from our sleeping bags. At first glance, you would have thought this was one whale as they lay on the surface, side by side, gentle movements suggesting companionship between them, as the ebbing tide slowly moved their buoyant bodies effortlessly past the station. By the time I had the camera in my hand and was standing on the deck the early morning sun was rising over the mountains that surround these fjords of old and weathered forests. The whales were just beginning to show signs of waking up. We are fortunate to observe this type of resting behaviour of humpback whales in this region as it has not been observed along the south coast of BC.  In northern waters, they will float on the surface,  with only small a portion of their body visible, which can easily be mistaken for a large log, until movement occurs and slowly their head, and lastly, their blowholes rise to the surface and a large breath is exhaled. Whales sleep much differently than we do. The theory is that half their brain will go into a state of rest, while the other half is still conscious of its surrounding, quite like having one eye open while the other is closed. This phenomenon is known as unihemispheric slow-wave sleeping. When we sleep, we are able to do so for many hours at a time since we rely on our ability to breathe involuntarily. Whales on the other hand have to think about every breath they take. 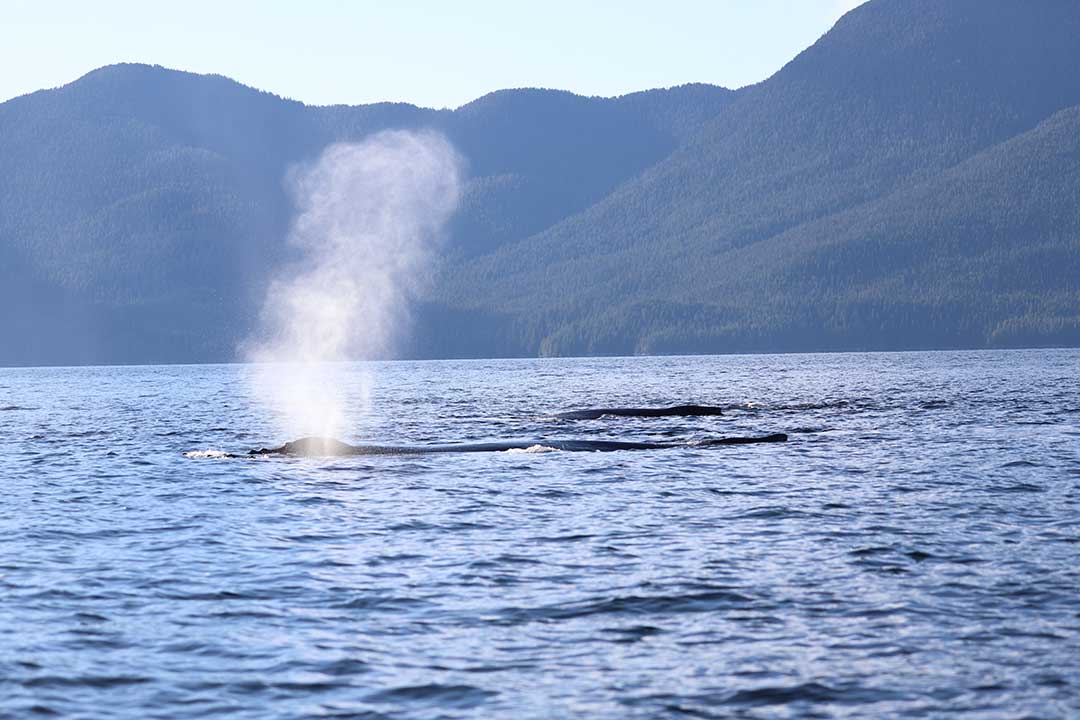 A pair of humpback whales resting. Photo by Janie Wray | © BC Whales.

These two were definitely waking up, the blows were more frequent and with much more force. A deep inhale indicated to me that the larger of the two was about to take a dive. Her back arched, and as her muscles rippled, we could see the movement between her vertebra as her fluke stood tall before vanishing into the sea. It was Yoda!! It was such a relief to see her. Last year she had her second calf, this can be quite a struggle on young humpback mother. Pacific humpback whales do not feed during the winter months when they migrate south to either Hawaii or Mexico to give birth to their calves. I used to question why they would travel such a distance to waters that did not provide the essential nutrients they require during pregnancy. Then, seeing the number of calves arriving year after year with rake marks from transient killer whale teeth it became clear this may play a role in this decision. By the time the mothers would arrive back in early spring in waters known for this transient type orca, the calf would at least be large enough to have a chance during such an attack. I imagine 100’s of years ago when these waters were filled with so many populations of whale that transient orca had taken great advantage of such a large food source. As these baleen whales were hunted to the brink of extinction by humans, the transient orca most likely foraged more often on smaller marine mammals such as seals, dolphins and porpoises. We have certainly noticed that as the humpback population has increased to historic numbers, so have the number of times we have seen a calf with the long tooth marks along their growing fluke indicating such an encounter. 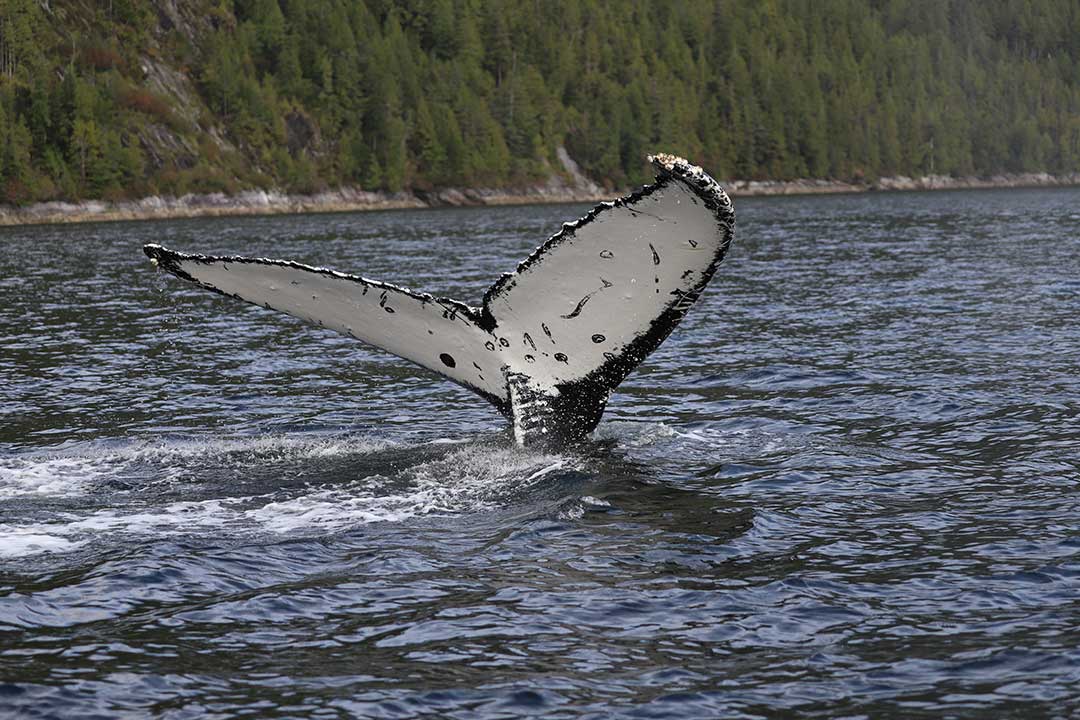 Photo by Janie Wray | © BC Whales.

I hoped that Yoda’s calf from last year was doing well during its first year of life without its mother. Mothers and calves only spend one year together, in this short time the learning curve is intense before instinct settles in and they will travel their separate ways. On their own, they would need to explore new habitats and develop bonds within their own humpback community.  I wondered when we would next see Yoda with a new calf. For now, I was just relieved to see her looking so healthy and with a companion by her side.