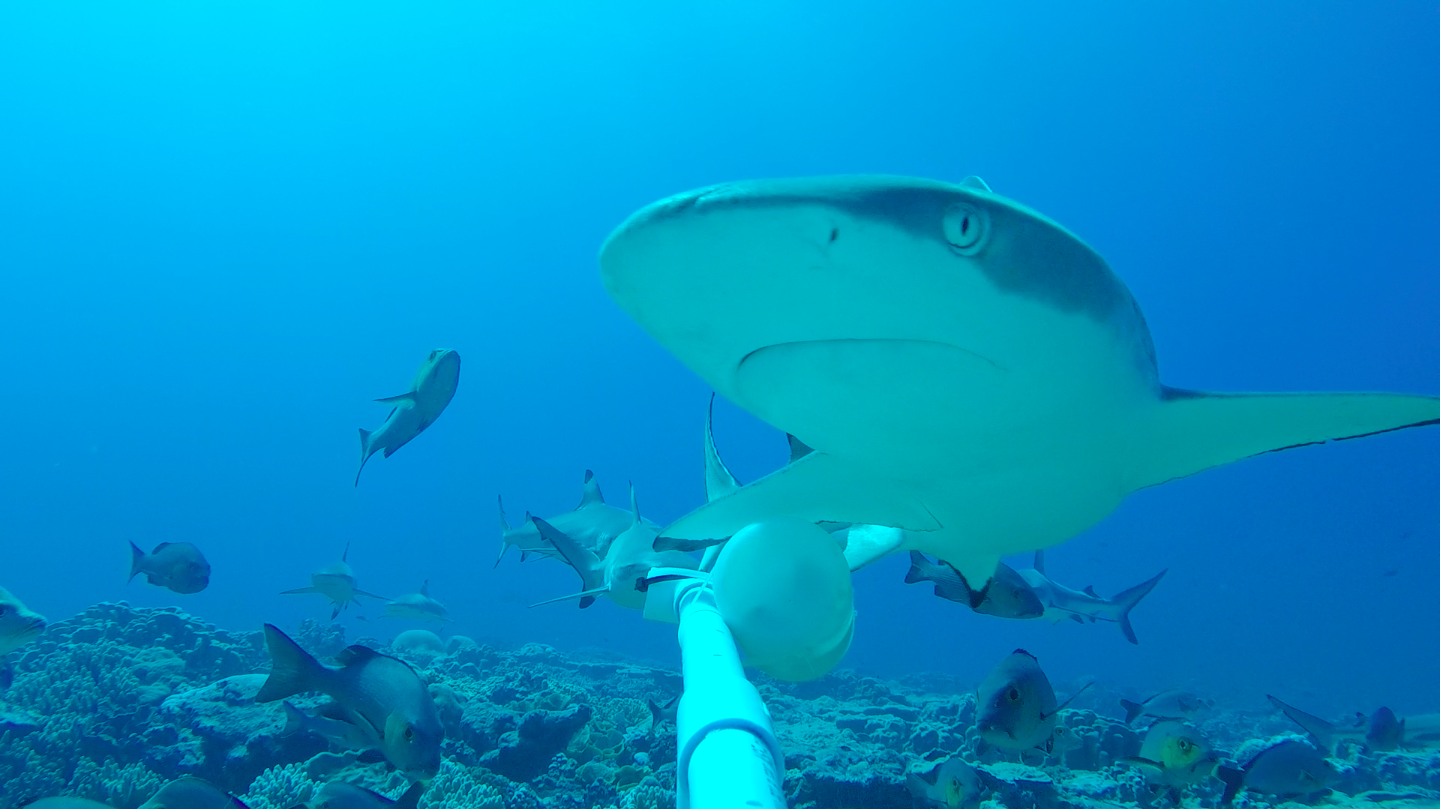 Not only were we looking at differences in shark abundance and behaviour at heavily dived and undived sites on Palmyra Atoll in the Central Pacific (see previous post), but we were also surveying the community abundance of Palmyra’s diverse habitats. In locations that ranged from one-metre sand flats to 30-metre sloping coral reefs, our video surveys recorded three species of reef shark at most of the sites: grey, blacktip and whitetip reef sharks. And that’s just from an initial inspection. Wish us luck as we scan through the 130 hours of video footage we’ll be analysing in the coming months. With videos like the one posted here, we might end up being hypnotised by sharks.