Outreach with the generation of future marine conservationists The team from the Endangered Marine Species Research Unit (UEMS), Borneo Marine Research Institute of the Universiti Malaysia Sabah (UMS) continued with its awareness programme in marine conservation, in its sustained effort to highlight the importance of protecting sharks. 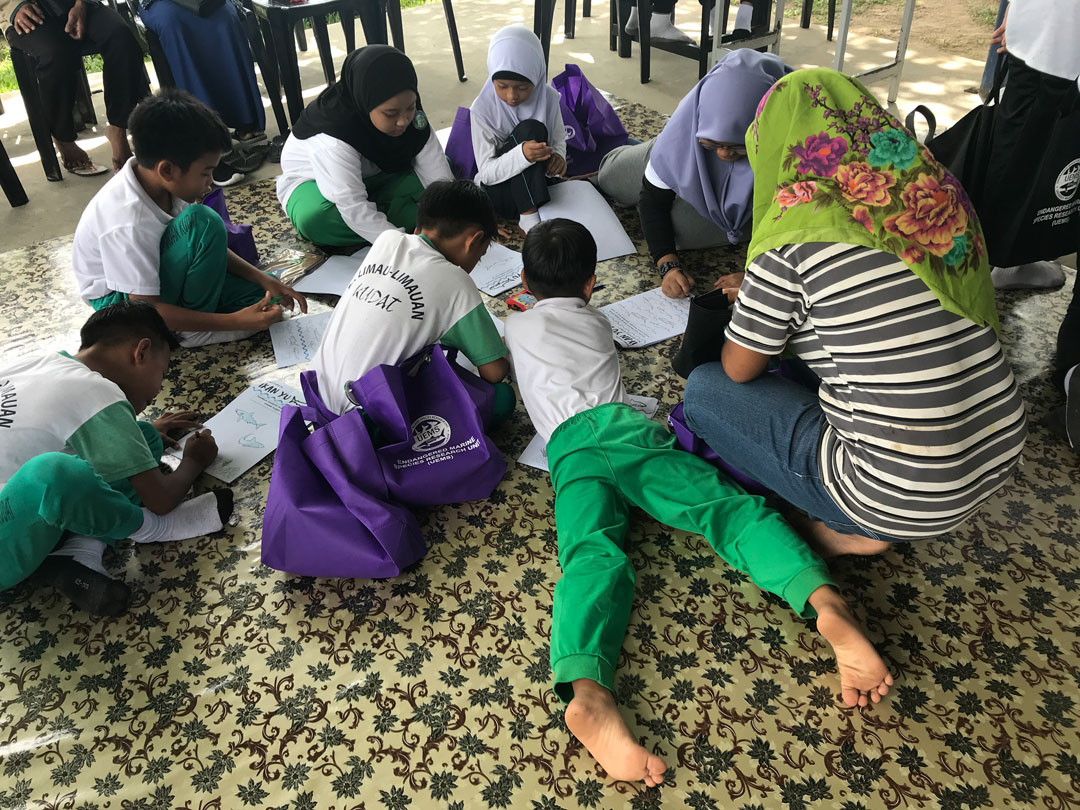 Young minds at work. Photo shows some of the school children deeply engrossed in one of the hands-on educational activities during the Program, facilitated by a volunteer team member (dark long sleeve) and cheered on by a parent (in flowery headscarf). 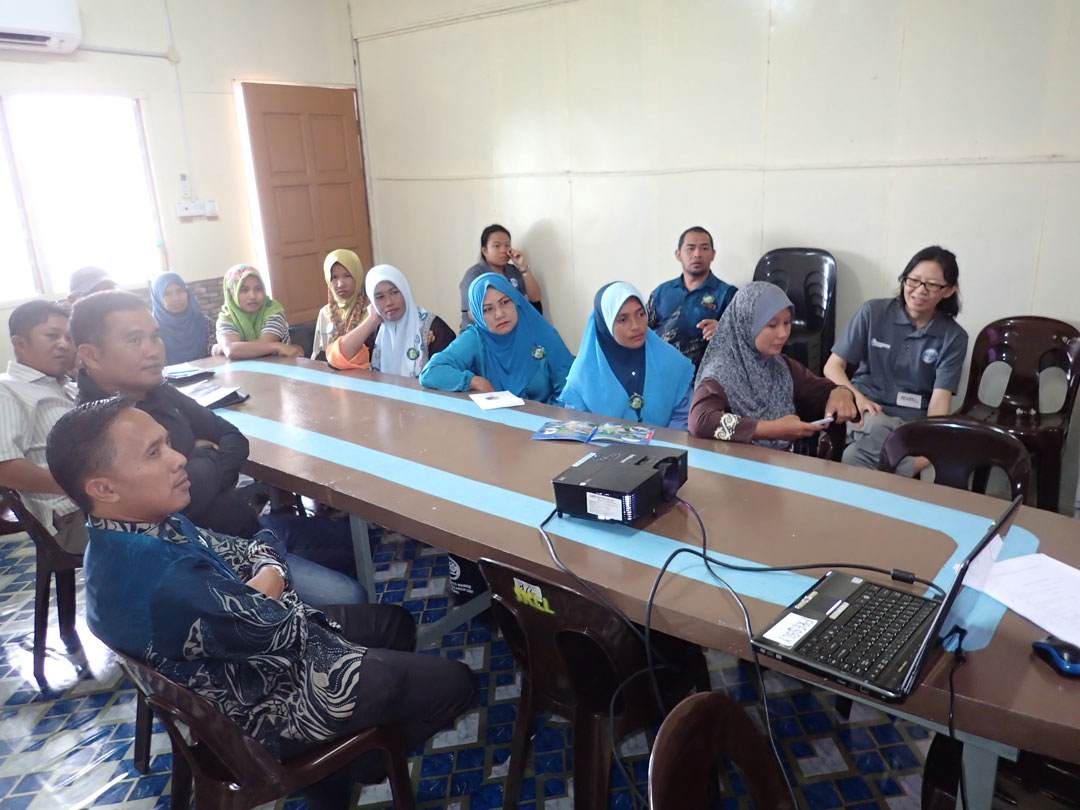 Parents and teachers listening to a presentation on the ecological importance of sharks in keeping the seas and oceans healthy and productive, and the importance of sustainable fisheries. Questionnaires were later handed out to record the fisheries information of this village, in order to gauge the level of knowledge about sharks as a fisheries resource.

In August 2018, the team reached out to students, parents and teachers of Sekolah Kebangsaan Limau-limauan, a remote primary school along the coast of the 60-km-long Marudu Bay within the Tun Mustapha Park. Due to the proximity of the school and the village (Kampung Limau Limauan) to the sea, families have a long and close relationship with the seas.

A session with the parents, facilitated by volunteer team members (Nadine and Pressly in grey tees). Questionnaires were later handed out to record the fisheries information from this village, and gauge the level of knowledge about sharks as a fisheries resource. 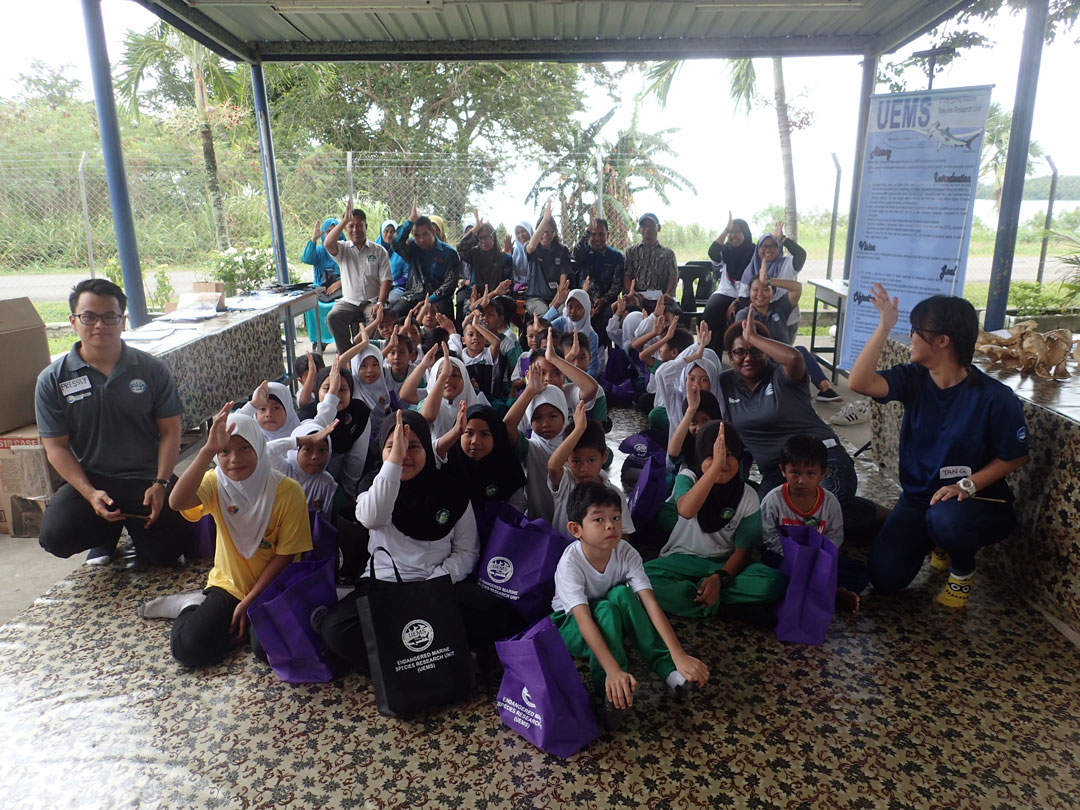 A total of forty students, 11 parents and 13 teachers, including the school headmaster, Matsaleh Muhammad participated in the half-day Shark Awareness Program. In his speech supporting the program, Matsaleh lauded the Program as an important extracurricular activity for his school. Sharing the knowledge of endangered shark species. These young “shark heroes” are future leaders of the future generations in conservation of endangered marine species. Group photo with students and one of the volunteer team members, Sera.

“This program not only benefit our students but also to parents and teachers in this school. Therefore, I would like to express my sincere gratitude to UMS for choosing our school for this shark and marine awareness event” 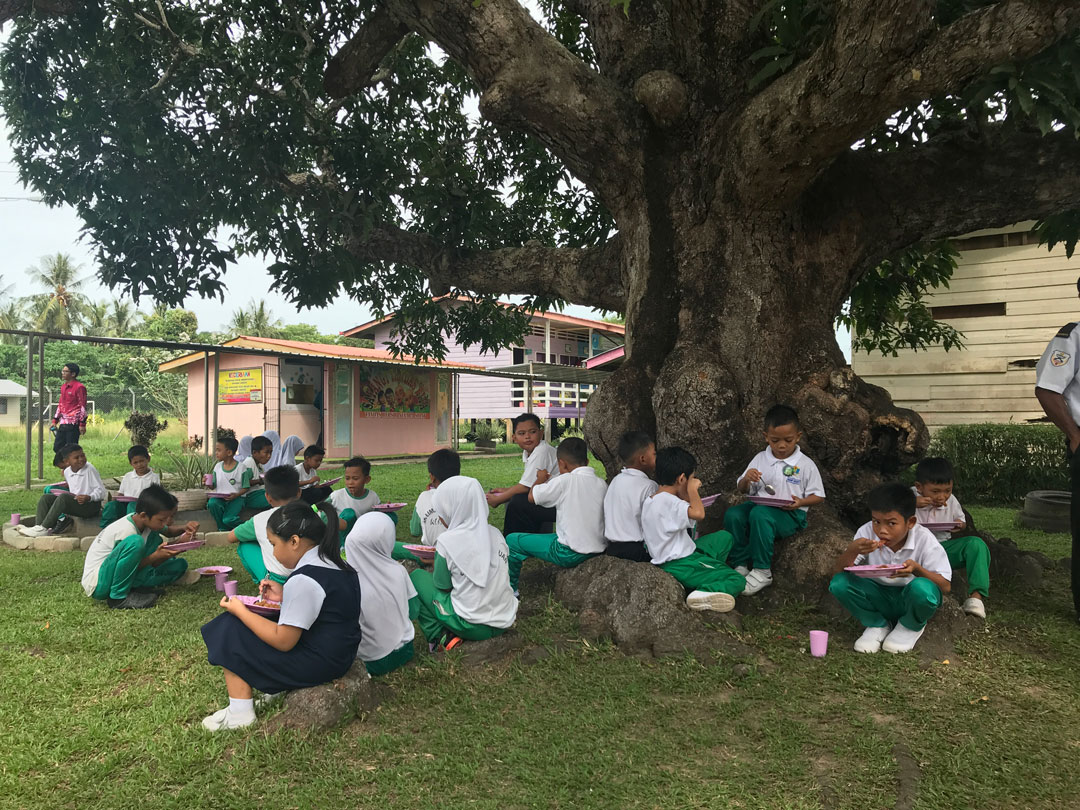 Students taking a break under a stocky mango tree in the school grounds. A memorial monument erected on the grounds of this primary school indicates that this school was established in January 1969 and inspired by the Late Tun Datu Hj. Mustapha Datu Harun. The revered elder statesman was also the namesake of Tun Mustapha Park, Malaysia’s largest marine protected area in northern Sabah*. This old mango tree is thus about half a century old, and must have held plenty of memories for the students, teachers and residents of Kampung Limau-limauan.

The program was made possible with funding from the Save Our Seas Foundation (SOSF) awarded to Dr. Mabel Manjaji Matsumoto, Project Leader of the Sabah Elasmobranch Biodiversity project (2017-2019), and Head of UEMS.

Note:
*Until September 2018 only; whereafter the title of biggest MPA in Malaysia went to Luconia Shoals in Sarawak after being gazetted by the State.

Newspaper clipping of the story in Daily Express Sabah, 29 August 2018.

Newspaper clipping of the story in New Sabah Times, 30 August 2018.