It’s 4.45 on the morning of 18 September and I join Jean, the skipper of a 10-metre inshore gill-netter in La Rochelle harbour on France’s Atlantic coast. I quickly make my preparations for the field trip, the last we’re planning for the undulate ray project, and the boat leaves the harbour promptly at 5 am. The sea is calm and I take the opportunity to chat to Jean. The 60-year-old fisherman is very involved in this project, which aims to contribute to a better understanding of the undulate ray Raja undulata, one of the lesser-known skates occurring along the continental shelf of the north-east Atlantic Ocean and Mediterranean Sea. The species’ distribution within this relatively broad geographical range seems to be quite fragmented, and in some localised areas the ray is even abundant. However, further studies are needed if we are to improve our knowledge of the undulate ray’s population structure and status so that appropriate management measures can be taken to protect it. We plan to conduct these studies by means of conventional tagging and genetic analysis. 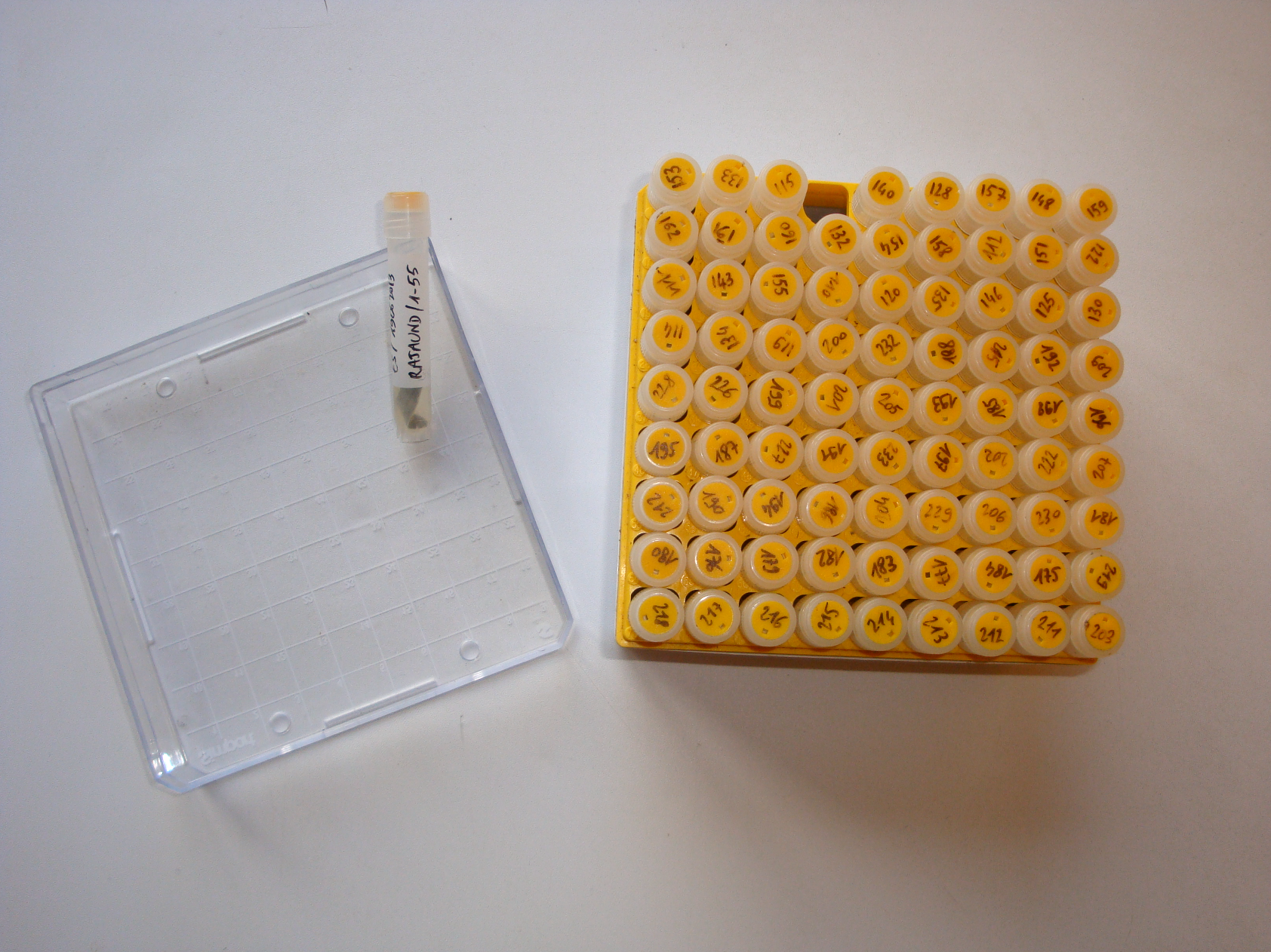 After travelling for two hours we see the flag of the first net, which was deployed 24 hours earlier. As the net is hauled in, the skates are untangled and placed in a tank of sea water. They are measured and sexed as quickly as possible, and a small piece of fin is collected for genetic analysis. They are then tagged with a numbered Petersen disc on a pectoral fin and returned to the tank until they have recovered sufficiently to be released.
Five hours later we have sampled 150 undulate rays and released most of them with tags. The new tissue samples will be added to those already collected from this area, as well as from other parts of the French coast. Together they will contribute to the analysis of the undulate ray’s population structure.

The undulate ray is a beautifully patterned skate species. These animals only start to breed at about eight years old, making them vulnerable to overfishing. Eric is using genetics to determine their population size off France’s Atlantic coast.