Just what is an isotope? And how can we use it to unlock the secrets of deep-water sharks?

In my previous blog, I wrote about how our team captured sharks from the deep waters off the Great Barrier Reef and brought them back to our lab for analysis. Using small pieces of muscle, we are using a technique called stable isotope analysis to learn about the diet and behaviour of these species. But what exactly is an isotope and how can we use it to study elusive deep-water sharks? To answer these questions, let’s revisit some old chemistry classes.

All matter is made of elements from the periodic table. For example, water is made up of two Hydrogens and one Oxygen, while the greenhouse gas methane is made up of one Carbon and four Hydrogens. The properties of different elements are determined by their sub-atomic particles. Atoms, the smallest form of an element, are made up of three different sub-atomic particles: electrons, protons and neutrons. Electrons are negatively charged particles that revolve around the positively charged protons and neutrally charged neutrons at the centre of an atom. The centre of the atom is called the nucleus. For our purposes, you might imagine electrons revolving around the nucleus in the same way that the earth revolves around the sun. 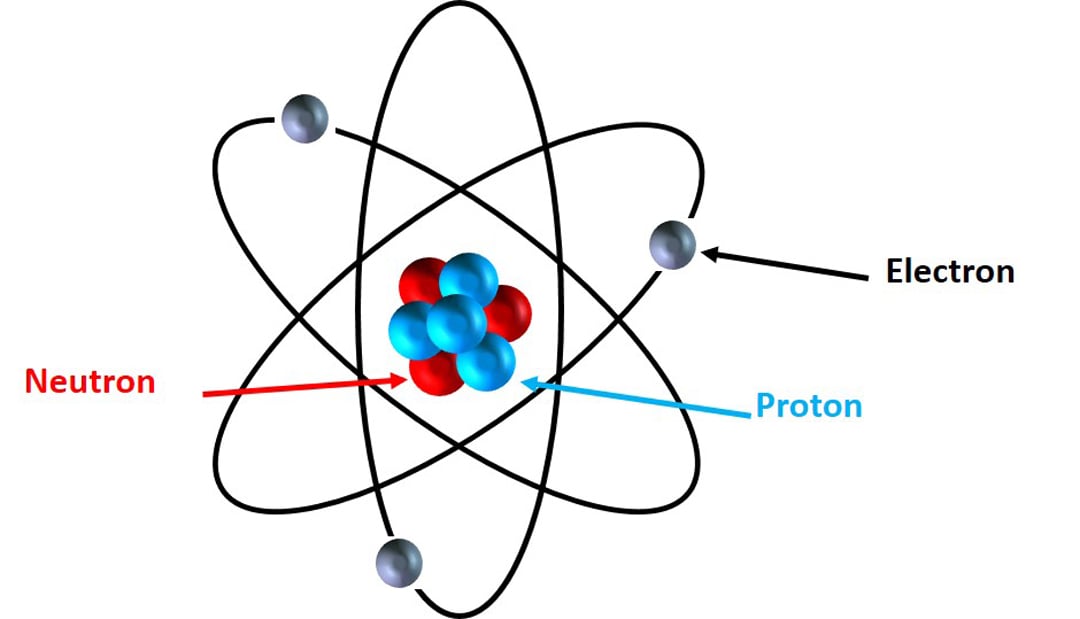 Depiction of an atom, with neutrons and protons in the centre forming the nucleus, and electrons ‘orbiting’ the centre. Image © Samantha Munroe

So why are isotopes important? Research has shown us that isotopes are not evenly distributed throughout the ocean, that isotope concentrations vary between different habitats. Sharks integrate the isotopes in the environment into their bodies, usually through the food they eat. Therefore, if we measure isotopes in shark tissue, we can tell where that shark lives and what it eats. For example, δ13C in shark tissue changes based on the shark’s depth and its proximity to shore. Species that eat prey high on the food chain typically have much higher levels of δ15N. Using isotopes to compare the diet of deep-water sharks is incredibly valuable. Because these sharks live deep beneath the waves, we cannot observe their behaviour directly. We have to use techniques like isotope analysis to see what they are up to! To help illustrate this idea, let’s compare the muscle δ15N and δ13C of two sharks we caught off the Great Barrier Reef: the argus skate Dipturus polyommata and the piked spurdog Squalus megalops. 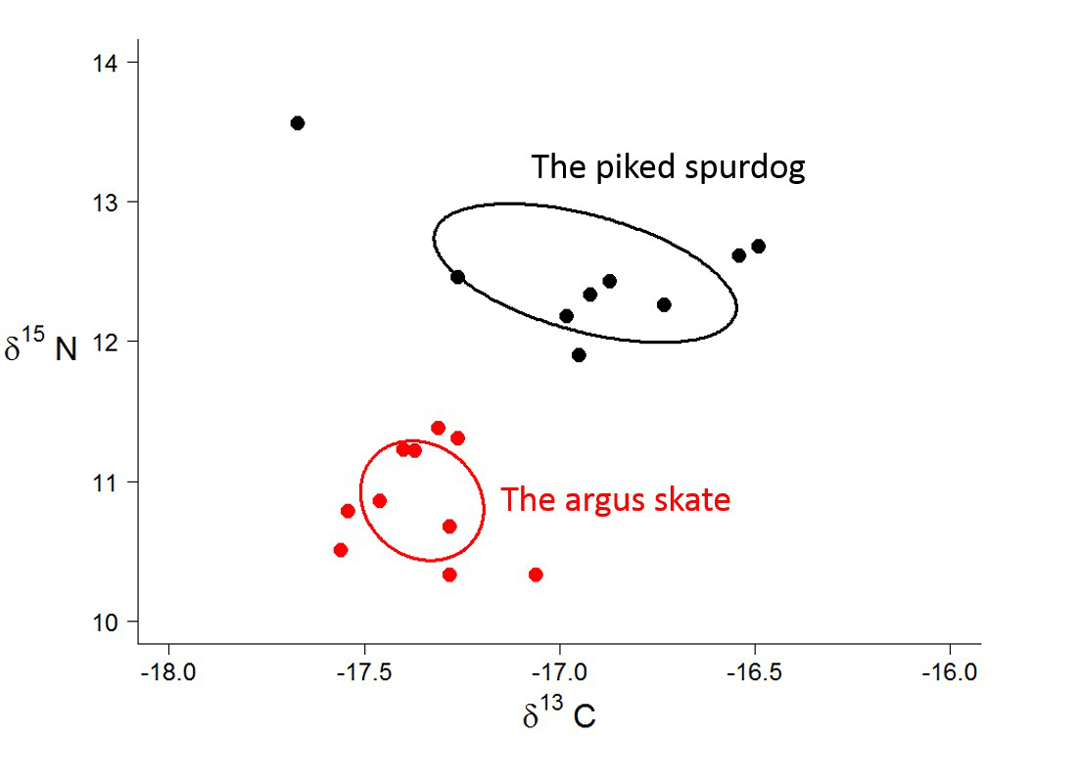 So what do these data tell us? Right away we can see the argus skate has a more narrow range of isotope values, which suggests it uses a more narrow range of habitats, depths or prey than the piked spurdog. In contrast, the piked spurdog has a wider range of values, which suggests it may eat a wider range of prey and that it uses a greater depth range. The piked spurdog also has higher δ15N, which suggests it feeds higher on the food chain. We can also see that isotope values don’t overlap between species, which means these species are not competing for the same resources. All this information from just two isotopes in only a few muscle samples! In the months to come, we will be expanding our analysis to more species and individuals. This will increase our understanding of how these amazing creatures survive together at the bottom of the sea.