Journey to the Faraway Cays

The Miskito Cays or as our field partner calls them the Faraway Cays are the most remote marine site in Honduras. This archipelago is made up of approximately 49 small cays (some so small you could walk around them in 5 mins) located about 90km from the mainland of Honduras. Many do not even have names and the ones that do might have three to four different names including the ones in Miskito dialect. The average Honduran is probably unaware they even exist or are part of our territory, but the local Miskito fishers have known about them for a very long time. These cays and adjacent banks are very important habitats for lobster and conch and are used by both artisanal and industrial fleets. They represent the economic livelihoods of the Moskitia region and their indigenous communities.

Getting to the cays is not an easy feat, and the journey there is usually about three days depending on the weather or unforeseen events as you will find out later in this blog. The closest port is Puerto Lempira; however, this port is only accessible by boat or aeroplane as it is nestled deep in the Moskitia jungle, and there is no road access. The port is also part of the largest lagoon system in the country, so travelling by boat or canoe is your best bet.

Our journey began on the Island of Roatan, where most of the MarAlliance team lives. The preparation for our fieldwork is the most important step in our project and no one or nothing can be left behind because even getting batteries in the Moskitia can be a nightmare to find. Our equipment, due to its weight and bulk, travelled by cargo boat from Roatan directly to Puerto Lempira, our last stop before the Miskito Cays. The cargo boat only travels once a week, so our gear was one week ahead of us! 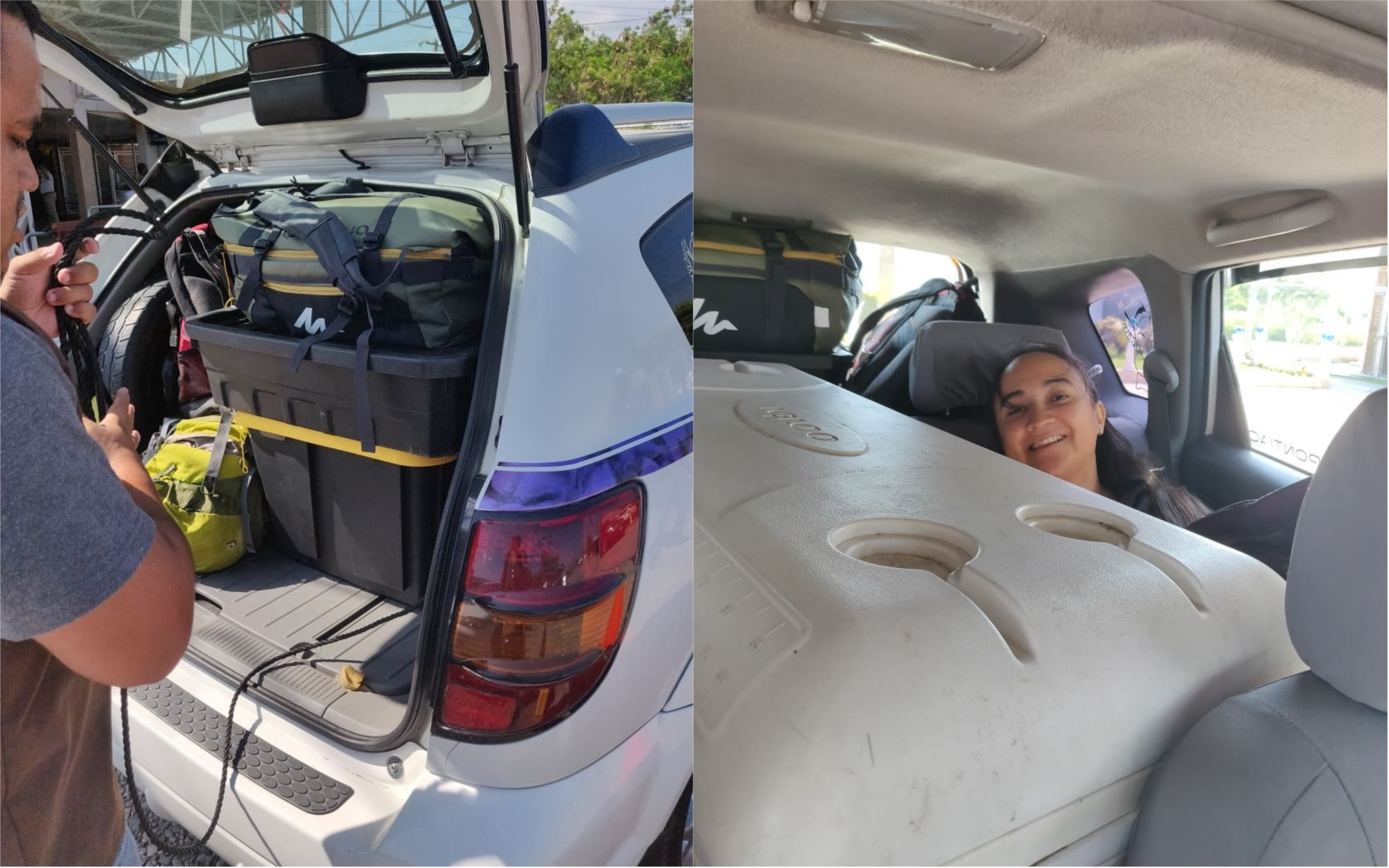 Packing the essentials in a cab after flying from Roatan to Ceiba. Photo © Gabriela Ochoa

Unfortunately, the cargo boat does not have a cold room, so our bait had to follow a different route. Bait (usually Bonito), which is essential for our longline work, is very hard to obtain in Lempira or the Miskito Cays. Recent sargassum blooms have made trawling for bonito very difficult in the Cays. Our bait for this trip was sourced from the mainland of Honduras by our traditional fisher Exson. Due to the weight of the bait, it could not travel by air with the team, so it travelled via pick-up truck and then by boat to meet us in Puerto Lempira.

The team and the more sensitive gear travelled by ferry and then by air to Puerto Lempira where we met again with the rest of our gear and the next day with the bait. The next day we woke up ready to prepare for the last leg of the trip. We spent the day checking and making gangions, re-packing, getting fuel and our Zarpe (permit by the Port Authority to go to the Cays). In the afternoon, we anxiously awaited by the municipal dock to see the white cooler with the bait appear. To our dismay, we were told our bait was stuck in a remote village halfway to its destination. We were worried, but luckily due to all our friends and contacts, we managed to get the bait safely and still frozen the next day!

Map of Honduras, highlighting the different routes our team, gear and bait had to take to arrive to Puerto Lempira and ultimately the Miskito Cays.

Once reunited with our bait and gear we prepared to depart to the Cays. We had two boats, one for most of the team and one for most of the gear and some fuel. Our team sat quietly as our Captain Carlos manoeuvred through the river bar and off, we were! The journey on a panga (traditional fishing boats) never disappoints; we saw dolphins and swarms of flying fish on our way. As we kept moving, we could slowly make out the silhouettes of the Cays and palm trees. We finally reached our destination, Dayton Cay where a small fly fish operation is set and our home for the next days of fieldwork!

Our accommodations in Dayton Cay in the Miskito Cays. We slept in the yurts pictured in the right. Photo © MarAlliance