Human impacts on rays in paradise

The massive impacts that humans have on marine species is well known. The causes of these impacts take many forms, from gill nets drifting in mid-ocean that become prisons or eventual tombs for species such as sharks and turtles to the huge amount of plastics and microplastics in the marine environment that end up in the stomachs of various sea creatures.

Unfortunately, it is no different in the Canary Islands. The species that live around these islands are threatened by innumerable anthropogenic impacts, and the butterfly ray in particular is no exception. During the field work carried out by the Rays of Paradise project each month, on the beaches where we do our sampling we see the plastic rubbish and the remnants of fishing gear, including hooks and nylon line and nets, that no doubt have a harmful effect on the area’s marine ecosystem. 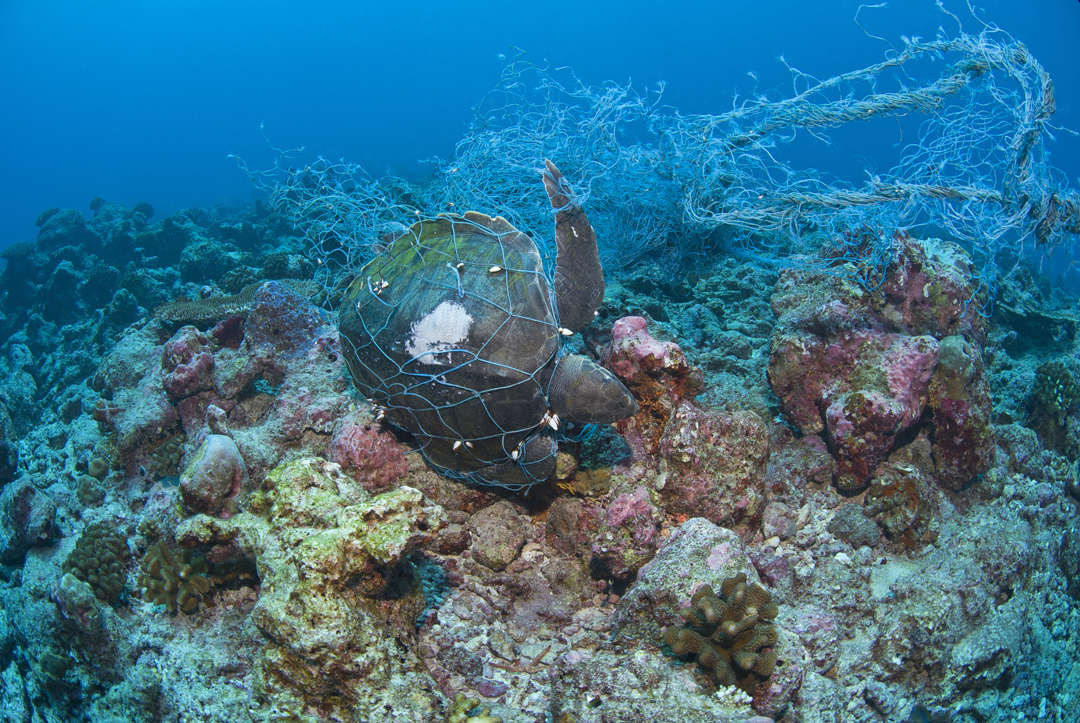 Just one example highlights to what extent man can affect a harmless species like the butterfly ray. While working off Salinetas beach at Telde on Gran Canaria last September, we encountered a female butterfly ray of about one metre total length that had some fishing gear stuck to her tail. After we’d tried several times to remove it, without success, the ray swam off, leaving us with a bad taste in our mouths at not having been able to fix the damage caused by others. 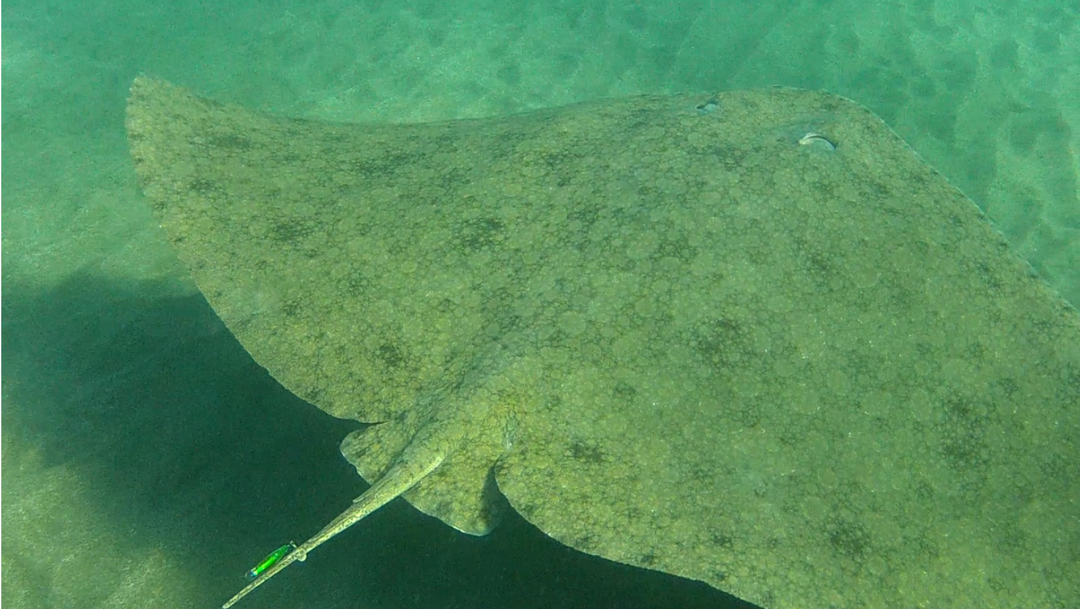 The female butterfly ray with a piece of fishing gear stuck to her tail. Photo © Rays of Paradise

We still hope that, in time, the device will fall off and do no real damage to the ray, beyond the visual impact of it and the shock it gave us.