How to make a stingray vomit

I suppose the first question to ask is, why would you want to make a stingray vomit? Well, stingrays are really important to the ecosystem in which they live, preying on – and thus affecting – the communities of worms, crabs, prawns and suchlike that live in the sand at the bottom of the ocean. This is particularly significant in places like the North Carolina bays on the east coast of the United States, where an increase in the population of cownose rays has led to a decline in the commercially important scallops that occur there.
So figuring out what a stingray eats is important not only for commercial shellfish industries, but also for the stingrays themselves, as a better understanding of their biology will help us to conserve their declining populations.
So how do we determine what stingrays eat? Generally by analysing their stomach contents – or, in less scientific terms, their vomit. The traditional way to get your hands on a stingray’s stomach contents is to euthanise the creature and remove its stomach. Recently, however, a new non-lethal approach has entered the scientific scene: you force the stingray to regurgitate its food.
Although it involves more work, we opted for this new approach when trying to determine the diet of the porcupine ray Urogymnus aperrimus at St Joseph Atoll in the Seychelles. The species is listed as Vulnerable by the IUCN and we didn’t want to add pressure to its declining populations by killing any individuals.
So, how do you make a stingray vomit? We used a technique called gastric lavage, which goes something like this: 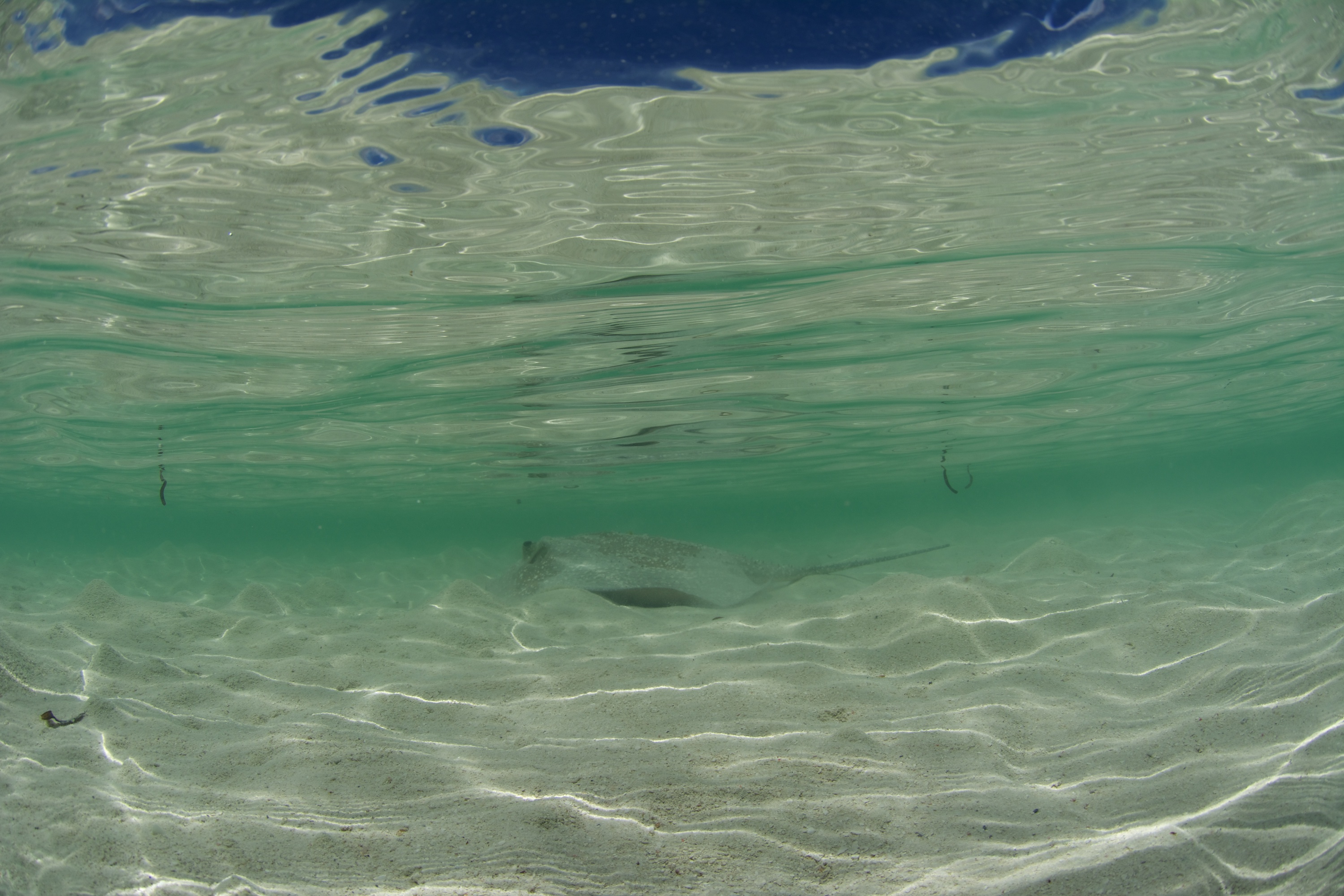 Step 2: Catch it while wearing a pair of thick gloves to avoid cutting your hands on its spiny back. 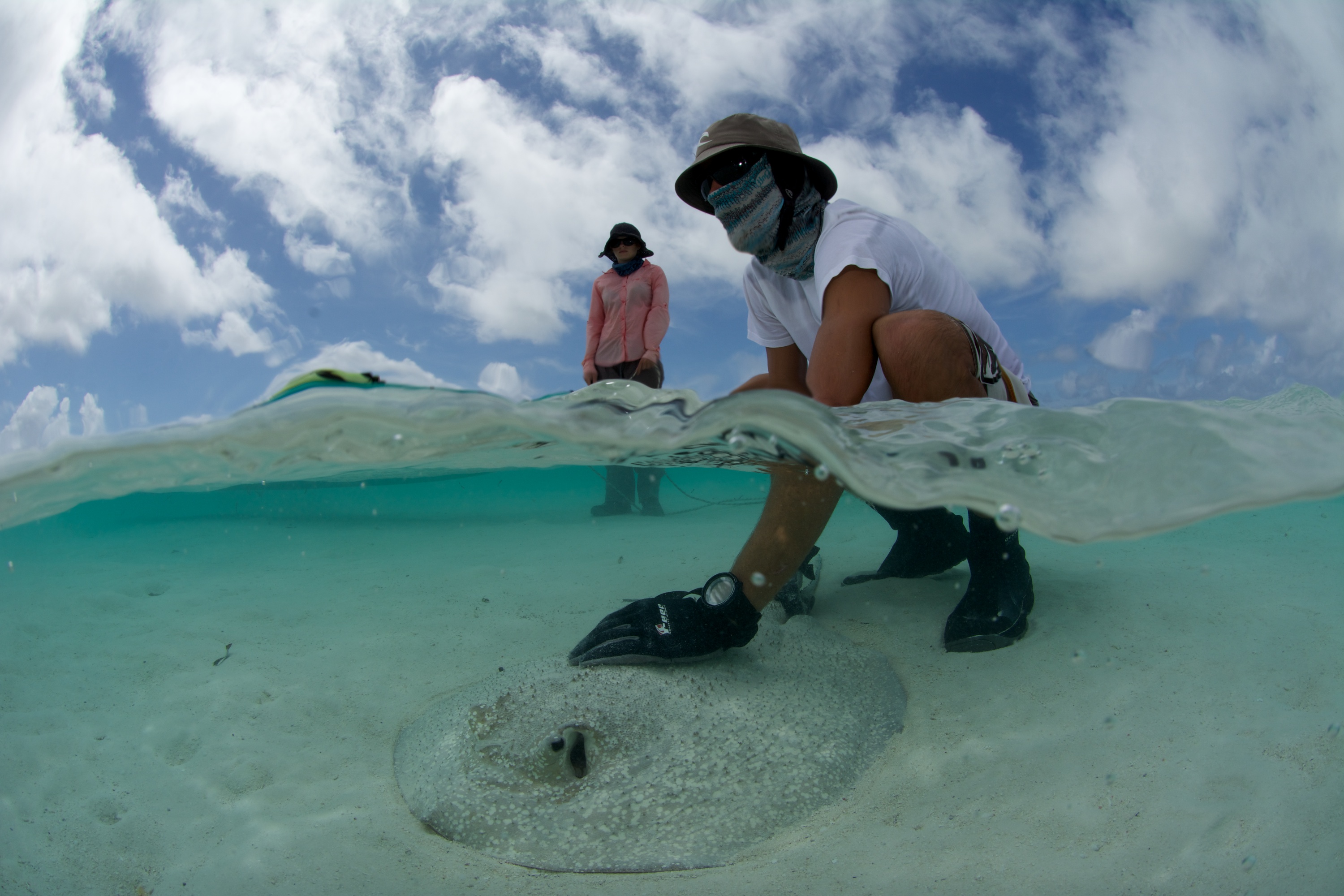 Step 3: Lift the porcupine ray onto a kayak, making sure that you place it stomach side up (it enters a state of tonic immobility and can’t move). 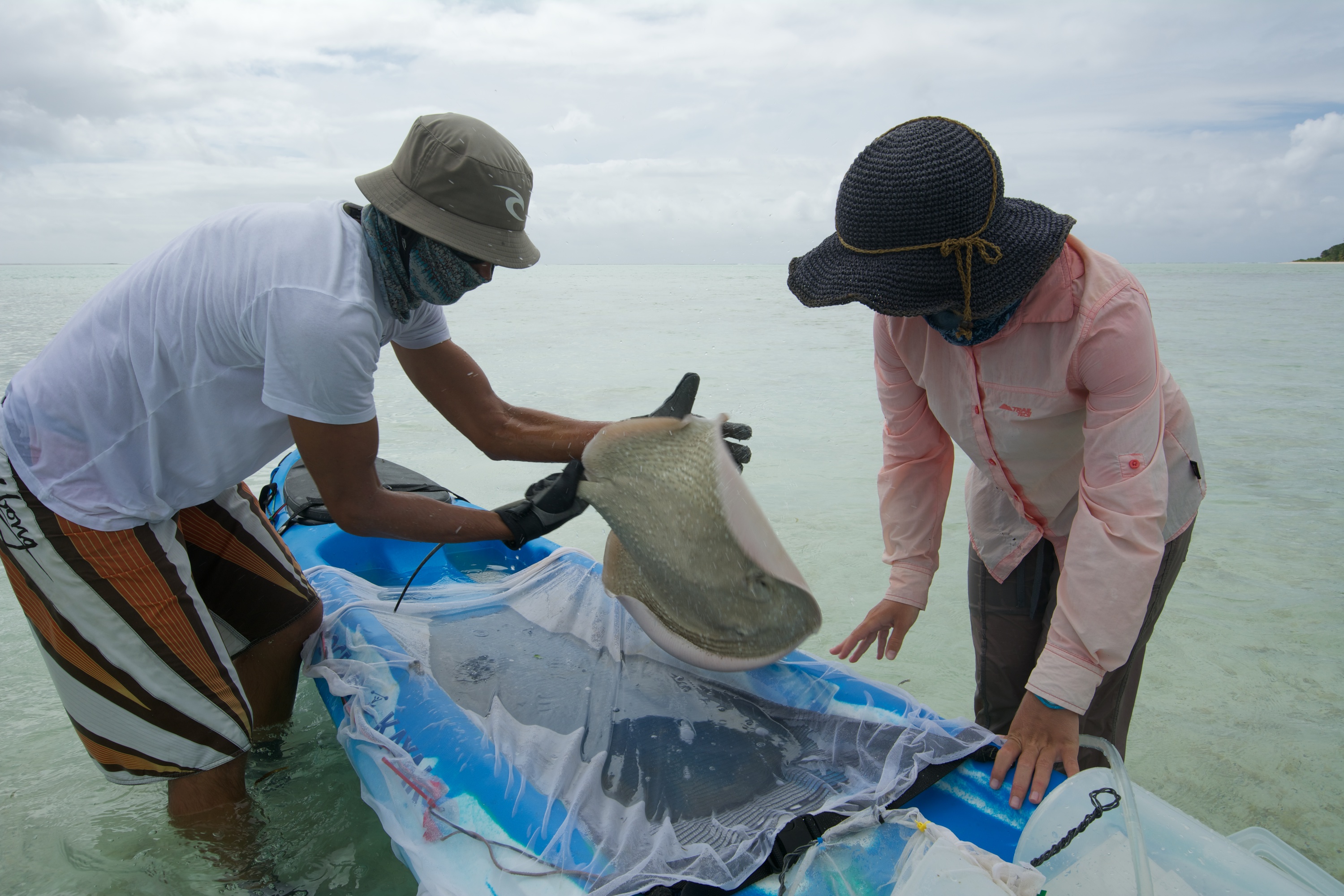 Step 4: Place its head in a vomit-collecting basket. 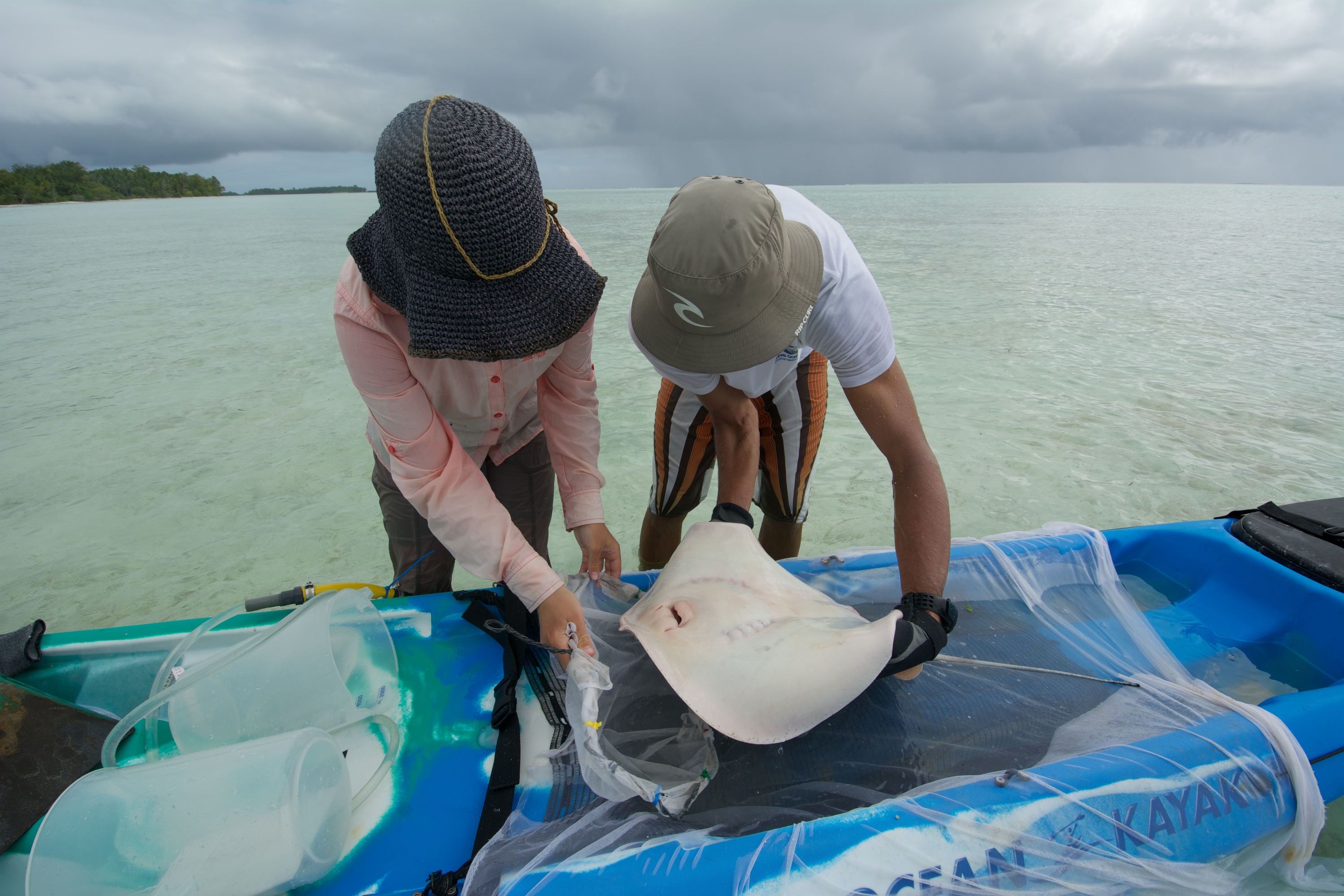 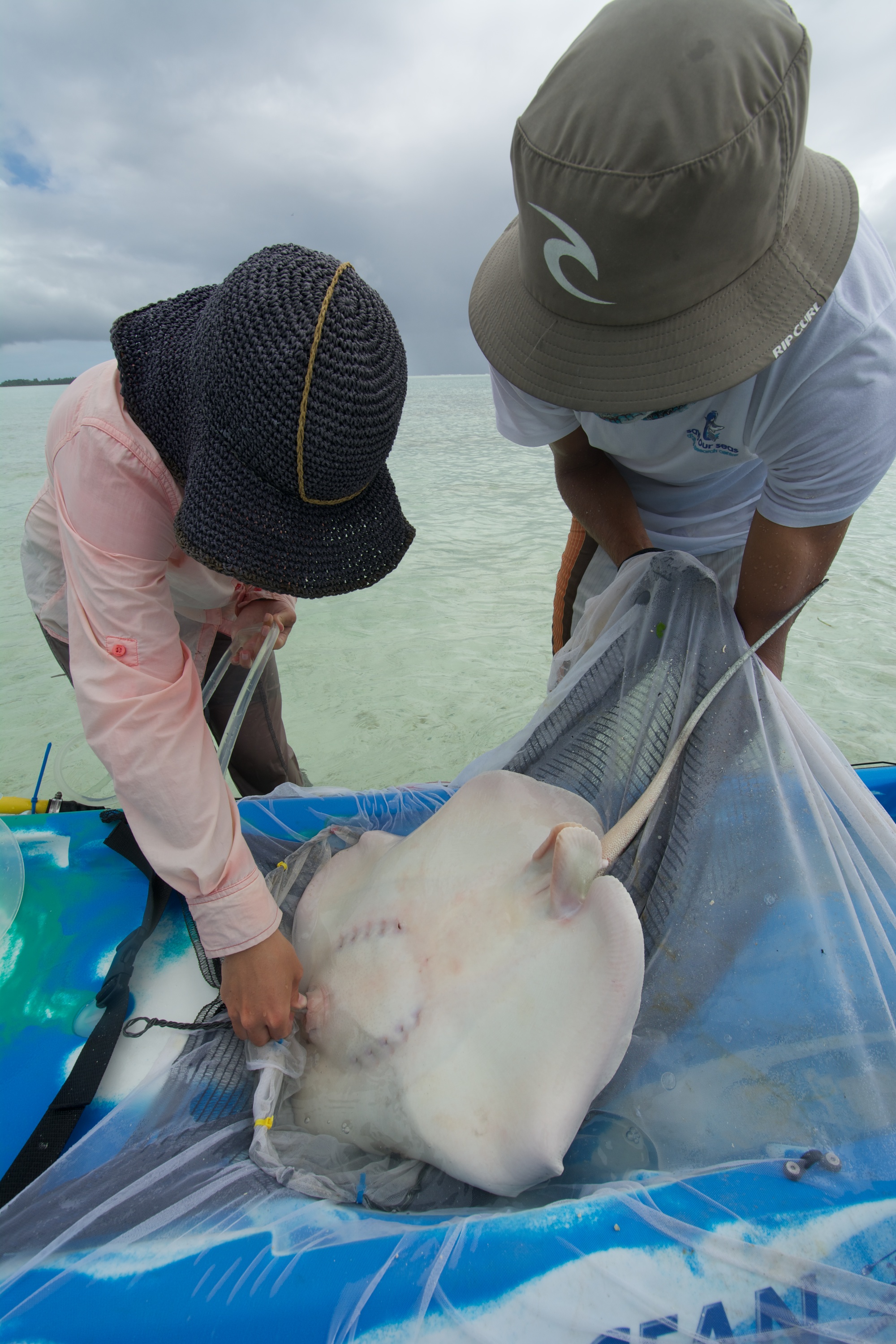 Step 6: Take a plastic hose that is connected to a bilge pump and gently ease it into the porcupine ray’s mouth and down into its stomach. 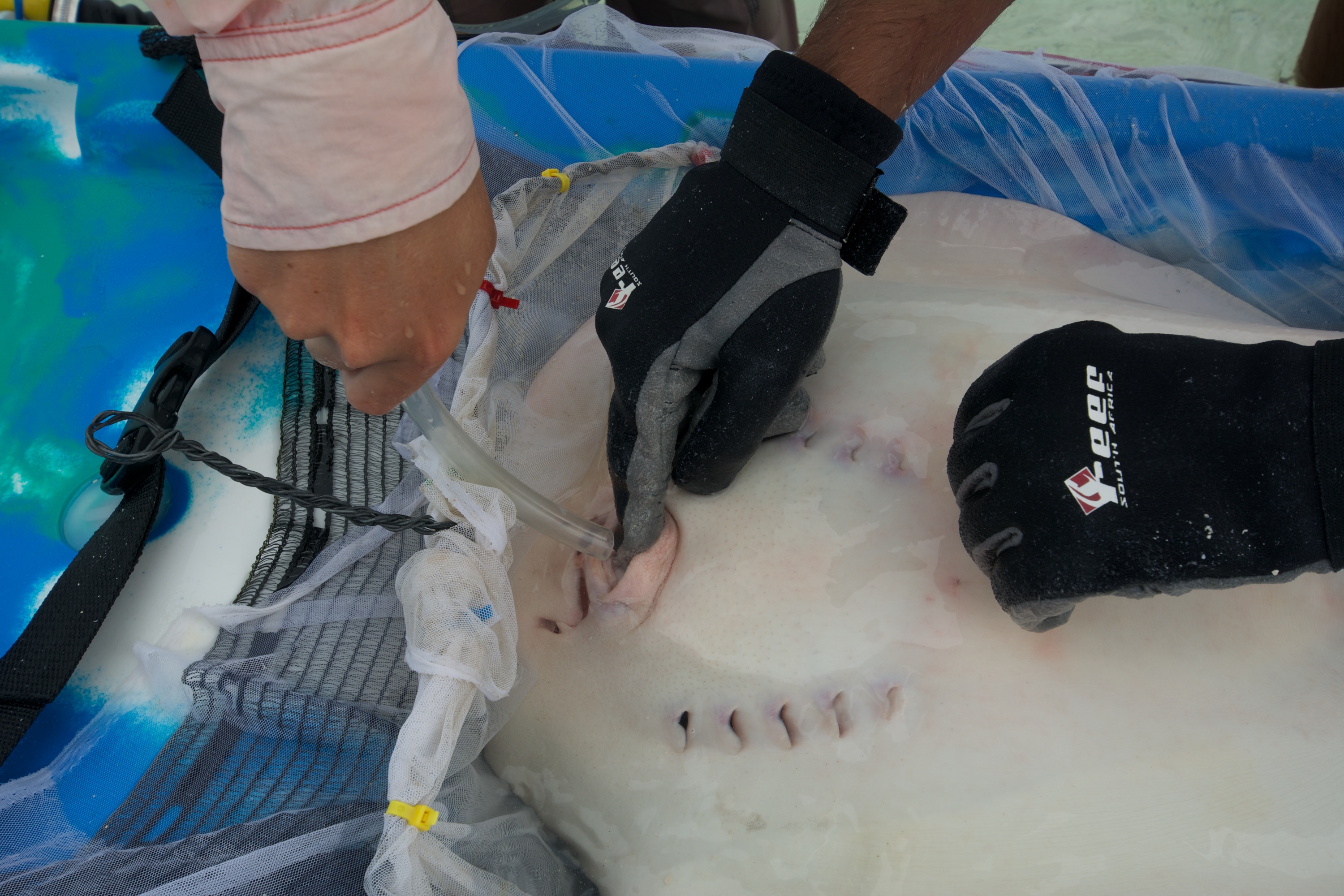 Step 7: Flush the stomach with sea water, which induces the porcupine ray to vomit. 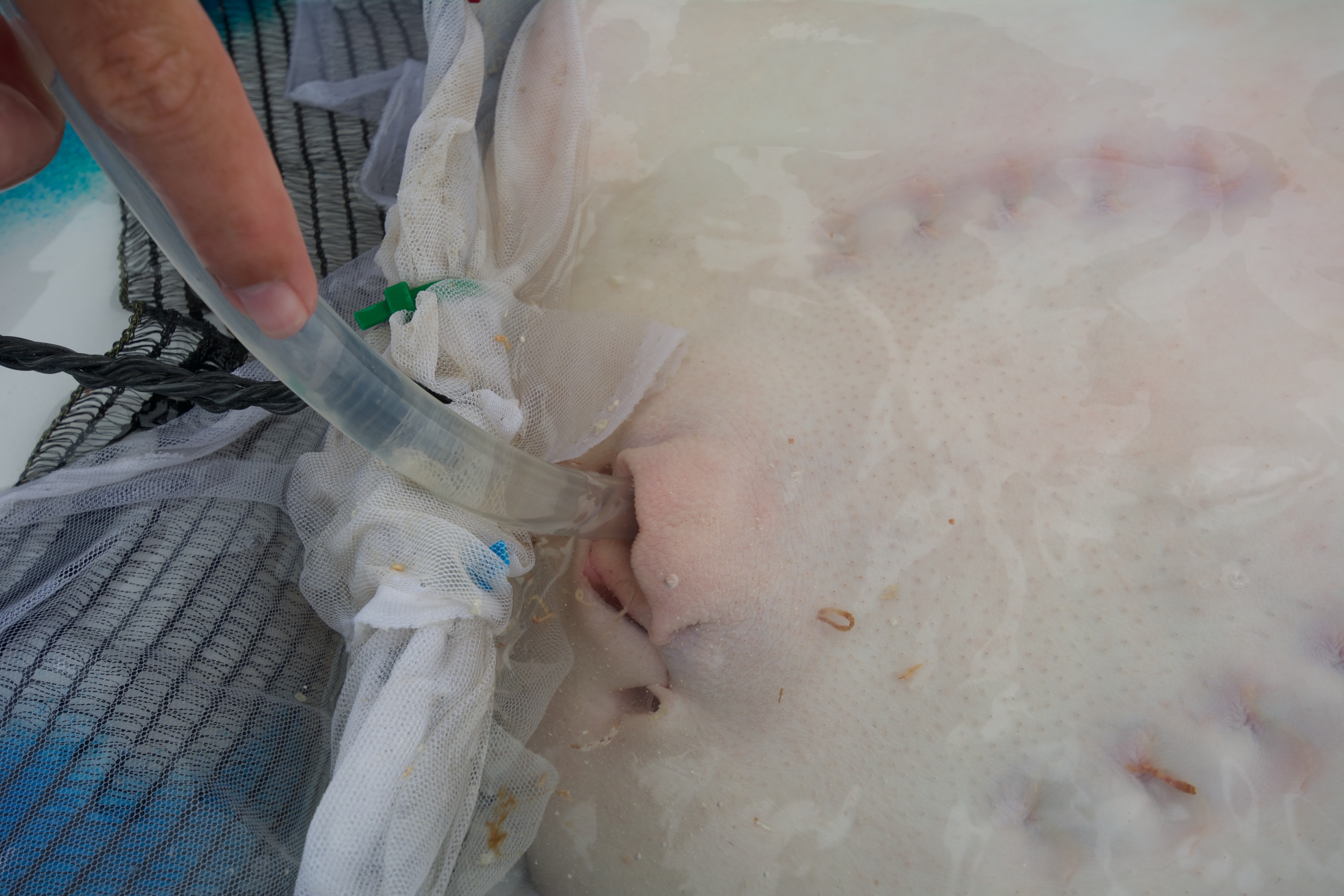 Step 8: Resist saying ‘Eeuw’ in front of your supervisors as you transfer the vomit into collecting vials containing ethanol.

It’s as simple as that. And just in case you were wondering what porcupine ray vomit contains – a lot of half-digested worms with the occasional prawn or shrimp. 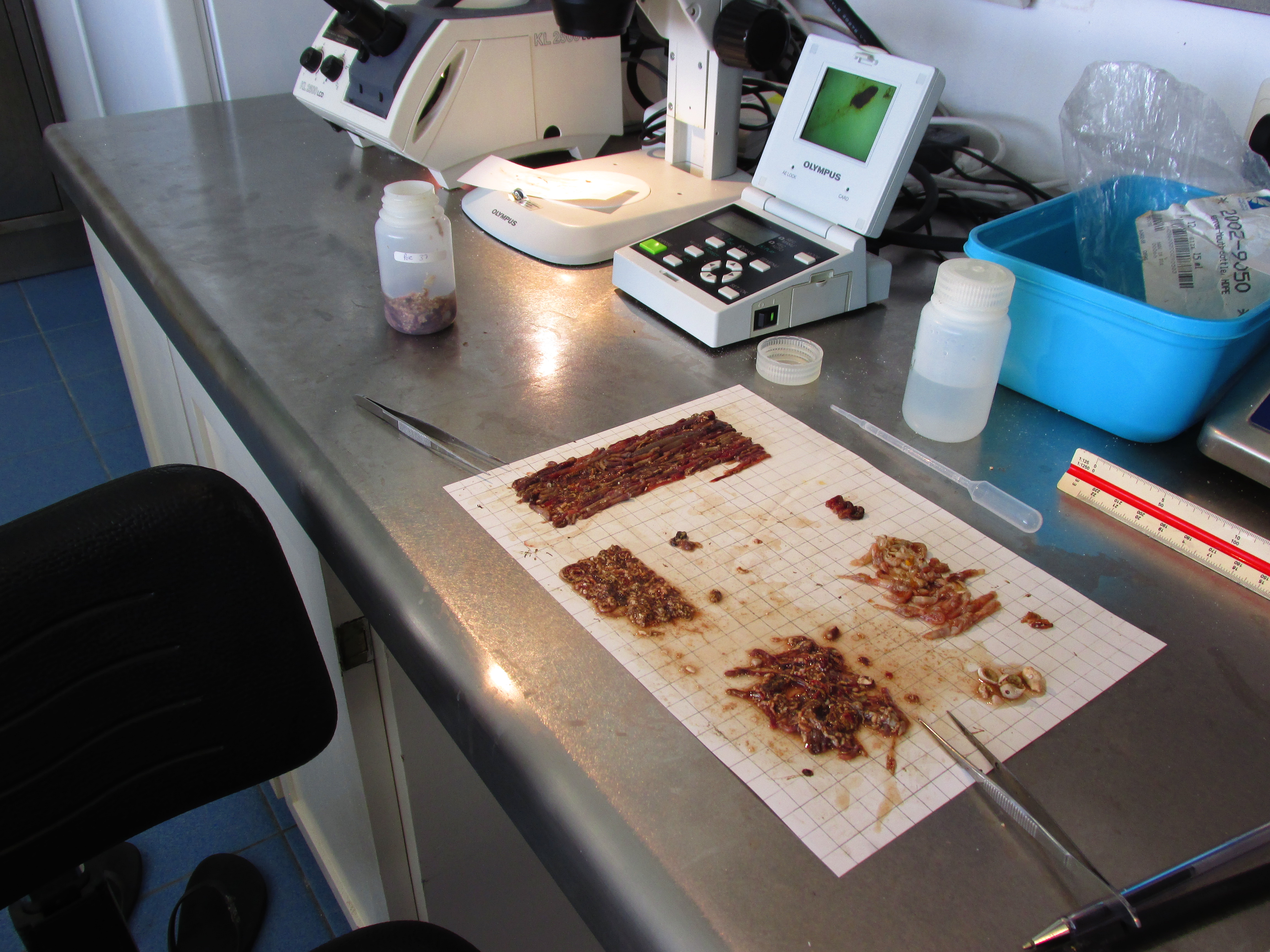