How do sharks get to where they want to go?

I study the migration, sensory and cognitive ecology of sharks and rays, which means that I want to find out how migrating sharks and rays know where they are and how they know what direction to swim in to reach a desired foraging or pupping habitat. The migratory routes of shark and ray species are typically understood through studies that capture and tag the animals and track their movements over space and time. Sensory biology is concerned with how the sharks and rays detect and perceive cues about their environment, while cognition focuses on how they use these cues to decide on appropriate behavioural responses to stimuli. However, uncovering the sensory and cognitive capabilities of migratory animals requires working in a lab. 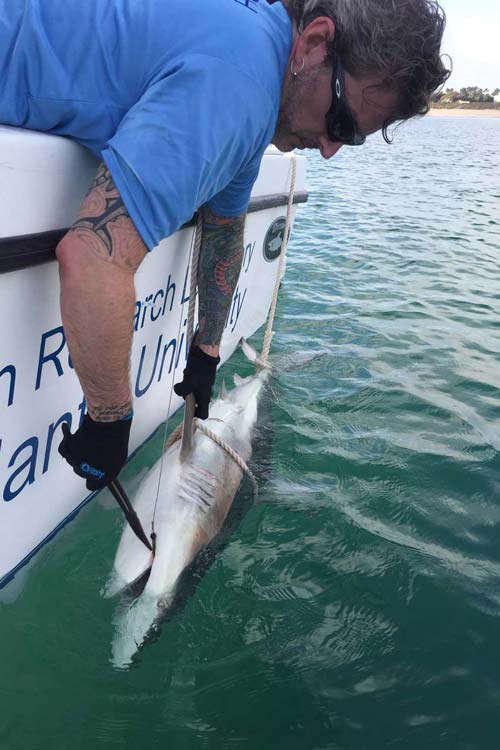 For the long-line fishing project we tag and surgically implant acoustic transmitters into blacktip sharks during their annual northward migration along the south-eastern coast of Florida. During the migration these sharks are found within 200 metres of the beach in less than three metres of water. Sometimes they occur in densities of more than 1,000 sharks per square kilometre. Photo © Stephen Kajiura

Basic research on the magnetic sensitivity of animals is relatively rare and conducted mostly on terrestrial species, such as birds, because they are easier to observe in the wild and can be housed in laboratories. Highly migratory elasmobranchs such as the blacktip shark Carcharhinus limbatus are difficult to study in captivity because they are obligate swimmers and thus need large holding tanks. Additionally, behavioural studies designed to demonstrate magneto-reception require the animals to move several body lengths in space. The yellow stingray Urobatis jamaicensis is a small benthic species that thrives in captivity and is a suitable proxy for understanding the magneto-sensory and cognitive abilities of highly migratory sharks and rays. 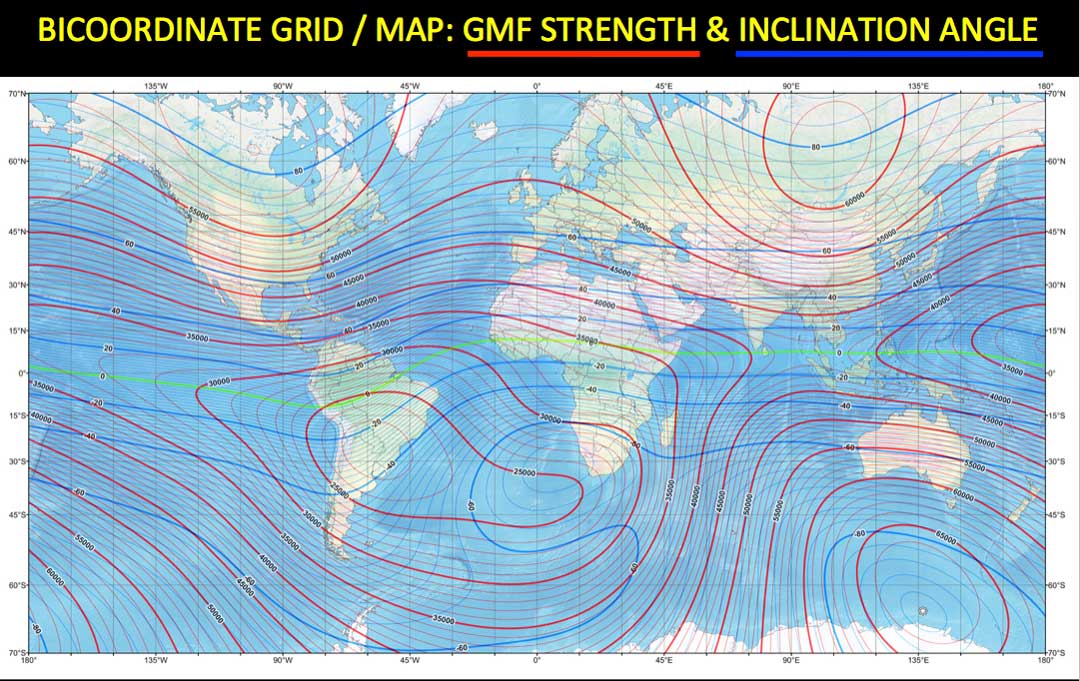 Magneto-reception is widespread throughout the animal kingdom and is thought to provide species with the ability to use the geomagnetic field as a navigational cue. In order to do so, an animal must first be able to detect the magnetic cues necessary to derive a sense of location. Once it knows its current location with respect to its goal, it can then determine a bearing, or the correct direction to swim in, to reach its final destination. During migration the animal maintains the correct heading by orienting itself with respect to an external cue, such as the position of the sun or the poles of the geomagnetic field. 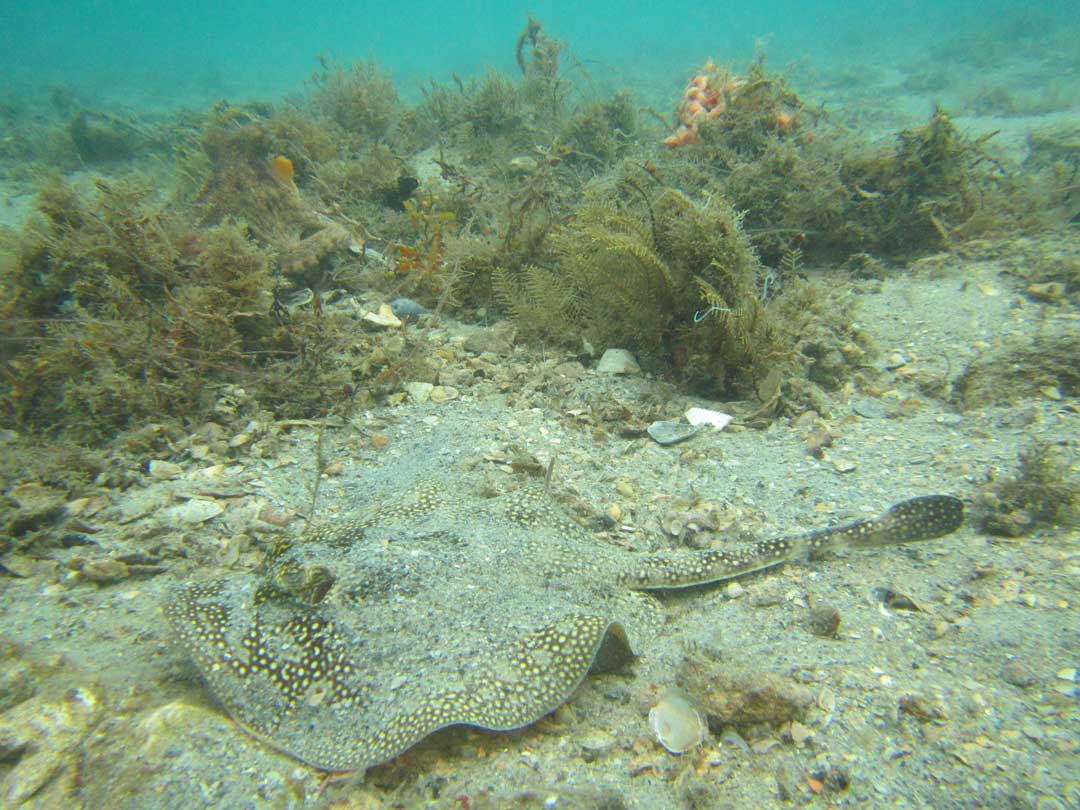 The yellow stingray is found in shallow water along the Florida coast and spends much of the daylight period buried in sand or foraging near reefs. Photo © Kyle Newton

Project
Do stingrays have superpowers?

How do sharks navigate their way around the planet during long migrations? Scientists think they might be using the earth’s electro-magnetic field. By studying how captive stingrays (sharks cousins) respond to magnetic stimuli, Kyle aims to find out if the hypothesis is true.