Home is where the shark is! 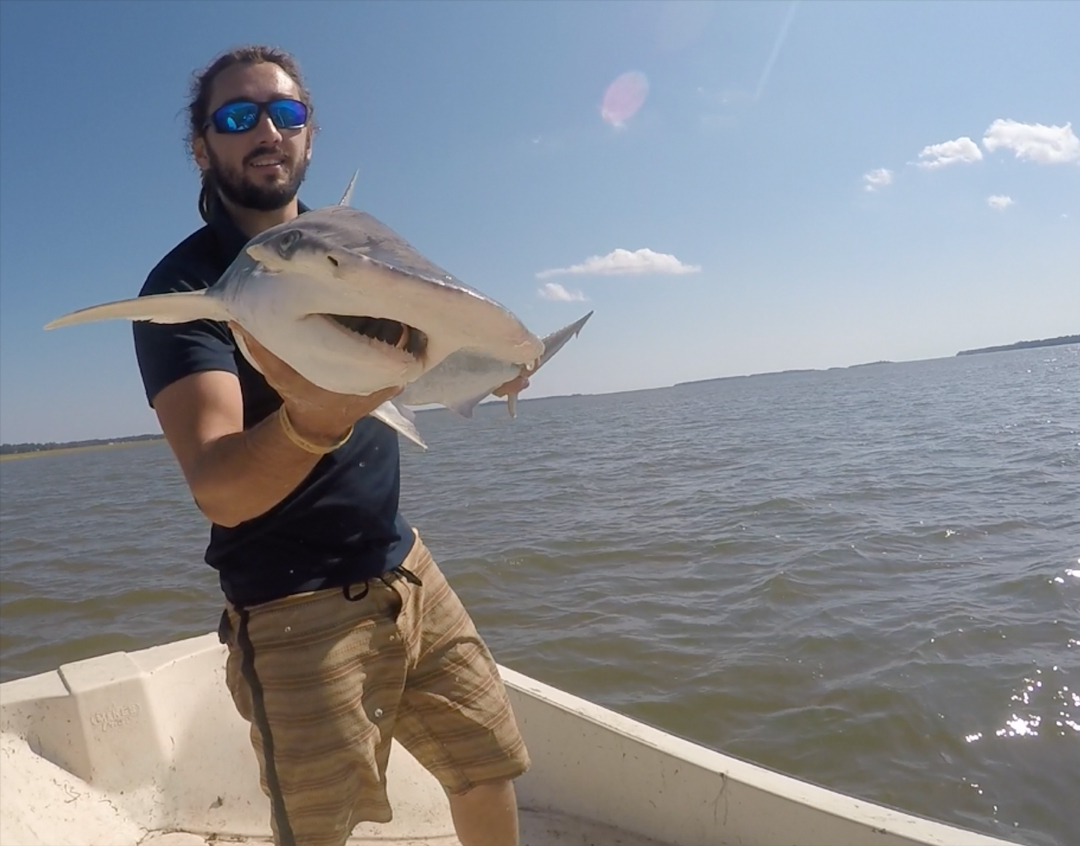 Bryan Keller with a tagged-bonnethead shark prior to being released. Photo © Colby Griffiths

One of the primary goals of my research is to determine if bonnethead sharks use the earth’s magnetic field as a compass during navigation. While swimming along the coast, sharks cannot ask

Despite the lack of technology that we rely on daily, sharks are still able to navigate with incredible success. Some species, like lemon sharks, return to the same nursery to give birth as where they were born! In order to achieve this navigational success, sharks must have some mechanism to assist with navigation. Most scientists believe sharks use the earth’s magnetic field as an aid during navigation, but little research has supported this. 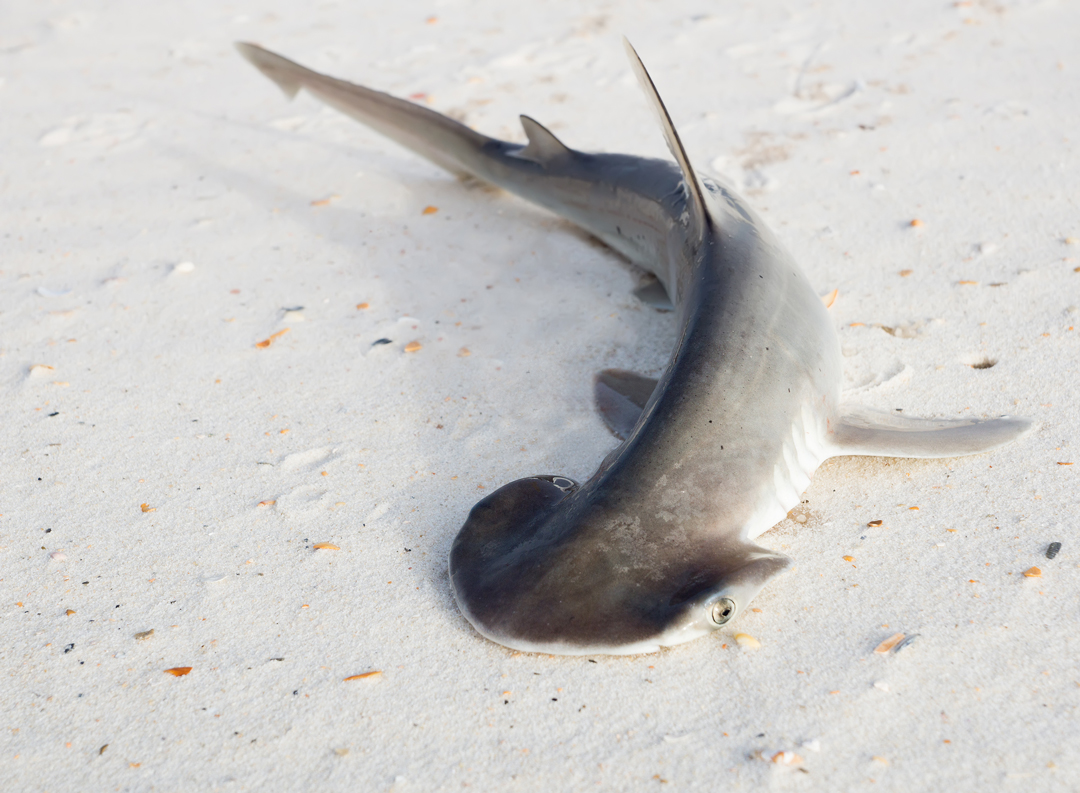 One technique we are using to address this question is the use of homing trials. Homing trials involve capturing an animal and displacing it far from its “home” and observing their success with navigating back to where they were captured. We when conduct homing trials, we will monitor geomagnetic cues encountered by the bonnethead sharks to determine if the sharks may use these cues to assist with navigation. The key assumption of these trials is understanding where the shark’s “home” actually is. While these animals do not pay rent, they do have preferred areas of habitat use. To identify these areas, we are using active tracking. 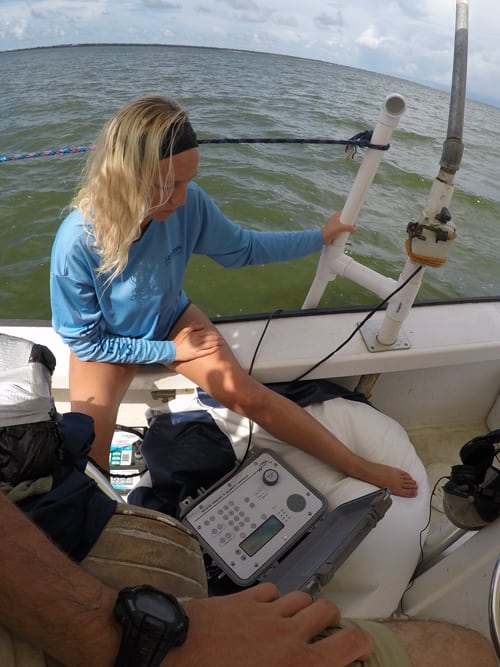 Ashely is shown tracking a bonnethead with an acoustic receiver, which looks like a laptop. This is connected to a hydrophone, which she is controlling by hand, that listens for the tag inside of the shark. This process allows us to stay within 200m of the animal! Photo © Brian Keller

Active tracking involves catching an animal and tagging them with an active acoustic transmitter. We can then track and follow the shark with the use of an acoustic receiver and hydrophone. By following bonnetheads for 52 hours in a row (two tidal cycles and some recovery time), we are able to identify their preferred habitat. So far our research team (Ashley Dawdy, Cheston Peterson, and myself) have successfully conducted 3 active tracks. We now have a better understanding of the preferred habitat of the bonnethead and soon, we will begin trials displacing the sharks from this area. In our next blog, we will discuss the exciting tagging package that will allow us to monitor the geomagnetic cues encountered by the bonnethead during these homing trials.