Accordingly, to the last (2021) global assessment of 1,199 species of sharks, rays, and chimaeras, at least 1/3 of them are threatened with extinction. Overfishing is a universal threat, followed by the loss and degradation of habitat, climate change, and pollution.

In the Eastern Pacific Tropical Pacific, we can find some of the few places on earth where it is still possible to find large concentrations of sharks. The most important ones are Galapagos, Cocos and Malpelo Island. These three biodiversity spots comprise some of the shakiest waters on earth and are collectively recognized as “The Golden Triangle”. 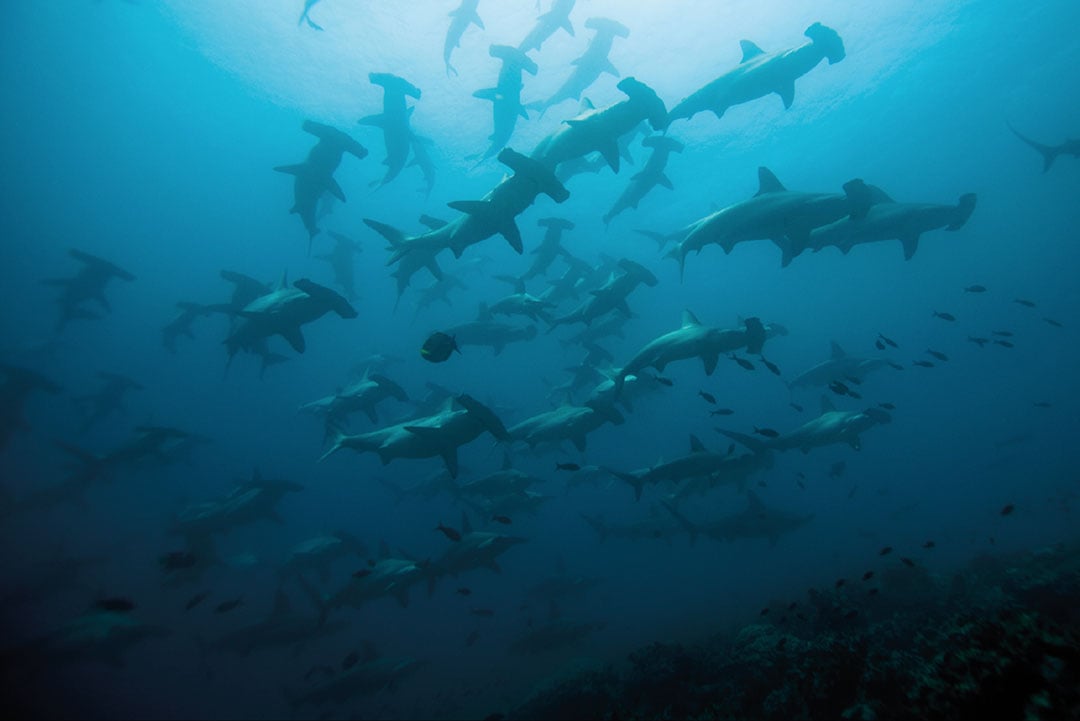 At Malpelo Island, Fundación Malpelo y Otros Ecosistemas Marinos has been studying the spatial ecology and population tendencies of different shark species, such as whale sharks, scalloped hammerhead sharks, silky sharks and Galapagos Shark. We combine multiple techniques. For example, we use telemetry acoustics to track the horizontal movements of highly mobile species, carry out underwater visual censuses and deploy baited remote underwater videos (BRUVs). Using satellite telemetry, we found that hammerhead sharks move large distances, visiting other islands and the Colombian Pacific Coast to give birth to their pups. Unfortunately, pups are heavily caught as bycatch by industrial and artisanal fisheries.

Also, through underwater visual censuses, we have tracked population tendencies over the years. Using this methodology, we found out hammerhead sharks are in great danger outside the Marine Protected Area, decreasing by 73% in 10 years.

Overall, these results highlight the urgent need to study highly mobile species, such as the scalloped hammerhead shark, and implement effective management plans to protect these species at the national and international levels. 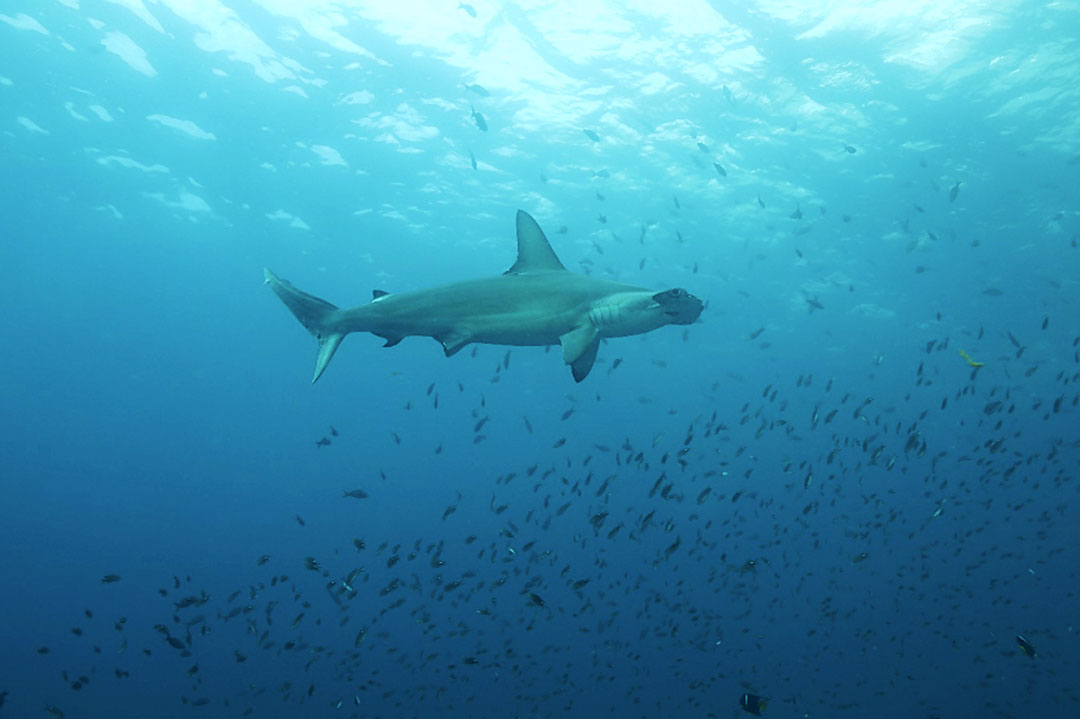