Getting ready for whales

So it beings once again. We have arrived back on Fin Island, our most remote whale research station that BC Whales operates in partnership with the Gitga’at First Nation of Hartley Bay and WWF-Canada along the north coast of BC. Similar with many, we had to delay our arrival date and travel plans due to Covid19.

We were surprised to even get permission to conduct research this year in Gitga’at territory. All coastal First Nation communities along the west coast of BC are closed to all visitors and tourists for the season, only band members are given access. It was quite an honour when we were asked to carry on with our research and invited in, though with limited contact within the community. Their concern with Covid19 and the possibility of the virus spreading is a genuine concern. Most of these communities are small, with many elders who would be at high risk. Their culture and way of life does not fare well with the notion of being isolated from each other. At the moment, since we are so remote and the only 8 people living on the island we are as safe as one can be – for now! 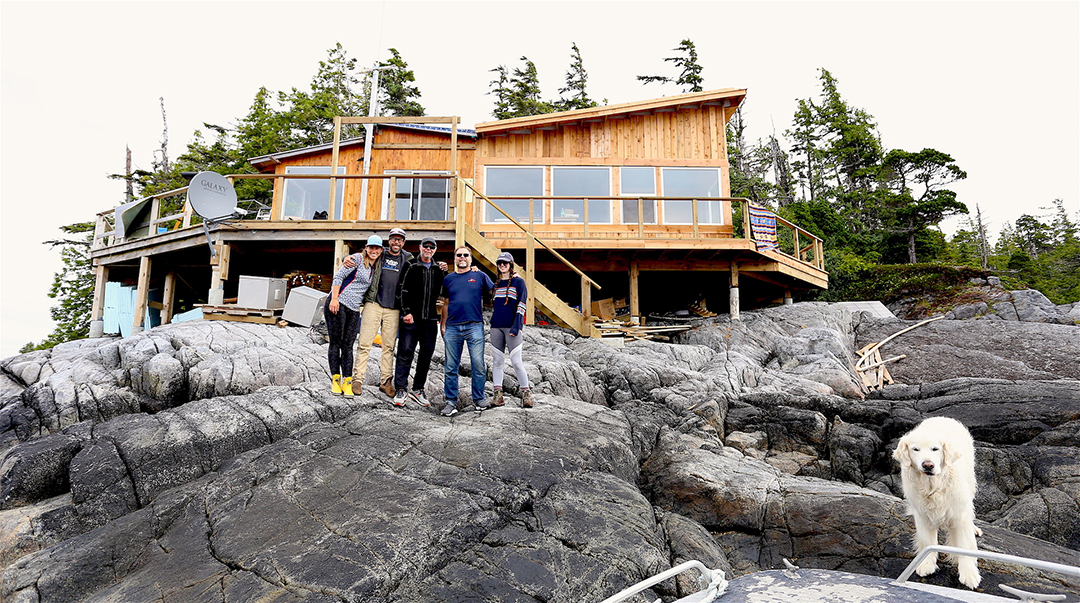 The first to arrive on Fin were Steve and Casey. They are builders and constructing a welcomed and necessary extension to the east end of the research station. We have survived a 16×16 tiny shelter for too long, now, thanks to their remarkable carpentry ability we finally have a true sized whale research station.

Fortunately, at the end of last season, I had decided to leave our boat the Elemiah, in Prince Rupert for the winter. Since we can no longer take the ferry to Hartley Bay, they were able to use her to get to Fin Island with all of their tools and supplies for the next month. There is no other way in or out but by boat, no stores, no cell or internet. Fin Island is as isolated as you can get these days.

We had arranged for a 50-foot front loader to deliver all of the building materials a few days after they arrived. They would need to move 28 tons of wood off the vessel by hand, on slippery, steep rocks and a falling tide, a rather stressful experience! By the time we had arrived a month later, in early August the framing was complete. I was shocked as we rounded the corner of the island and the vision of this beautiful building was standing tall in the sunshine of the day. 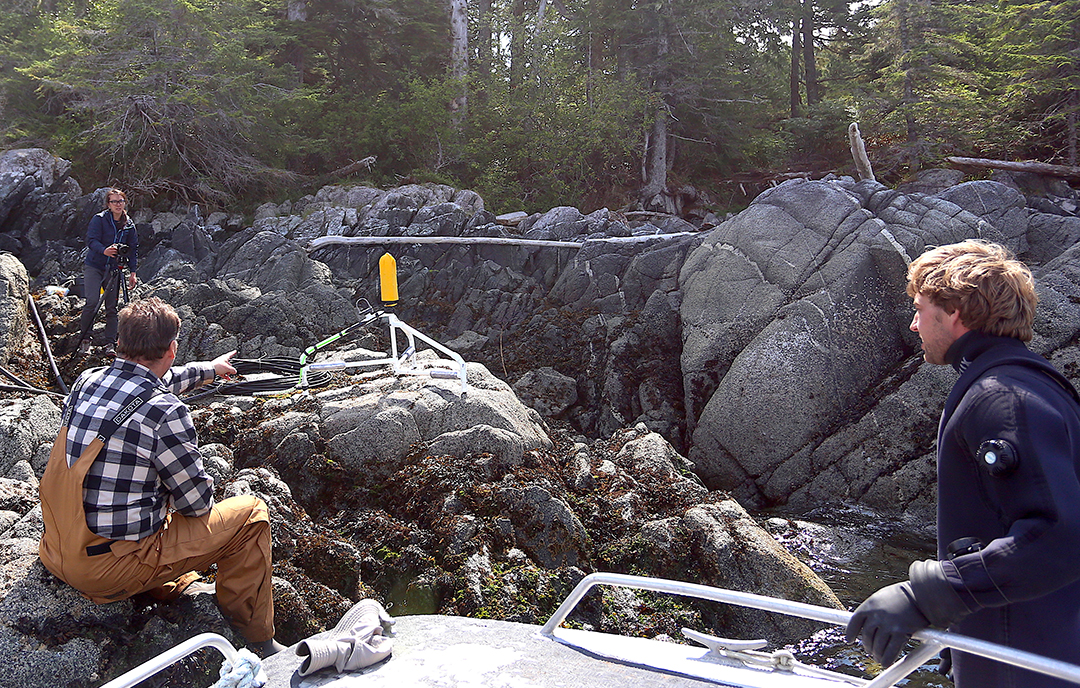 We had arrived with the second part of our 2020 team by floatplane. This included Tom and Jeff our hydrophone and acoustic engineers. Our ability to listen to the underwater world of whales would not be possible without their unique set of skills. It did not take long before every inch of the station was filled with parts and pieces of equipment. We had to hire a second vessel to transport all the new hydrophone and power equipment (another 12 tons of materials that would need to be carried by hand from the boat to land).

Fortunately, Tavish, a young man I have known for years and his partner Dierdra were looking for work and recently purchased a 40 foot refurbished Gil Netter, they were thrilled for the opportunity, as was I as they would also be able to help with all the new installs and keen to do any of the diving necessary to place our new hydrophones. 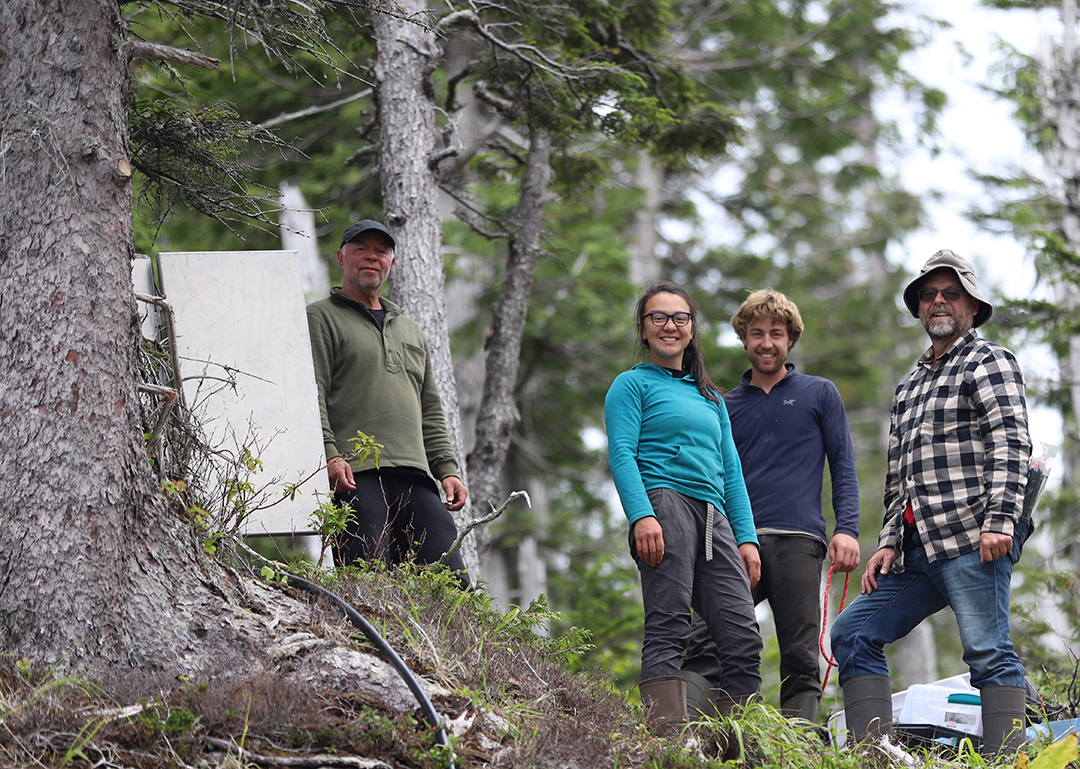 For the next weeks, the sounds of hammers and drills was our background music, Jeff soldering up our new cables, Tom working away on our new solar power installations and Tavish and Deirdra on the new moorings that would keep the hydrophones in place. Grace and I were on whale duty, which for the morning at least had kept us very busy.

An older female humpback named Triangle and a very young whale were breaching and head lobbing just a few hundred meters from shore. Cohen, our faithful dog, who is getting a bit older now was fast asleep on his bed. Oh yes – it feels very good to back home, surrounded by great people, the sound of the ocean and of course the whales. More of this story will unfold over the next days, weeks and months as we explore the behaviour of whales both below and above the surface of the sea. 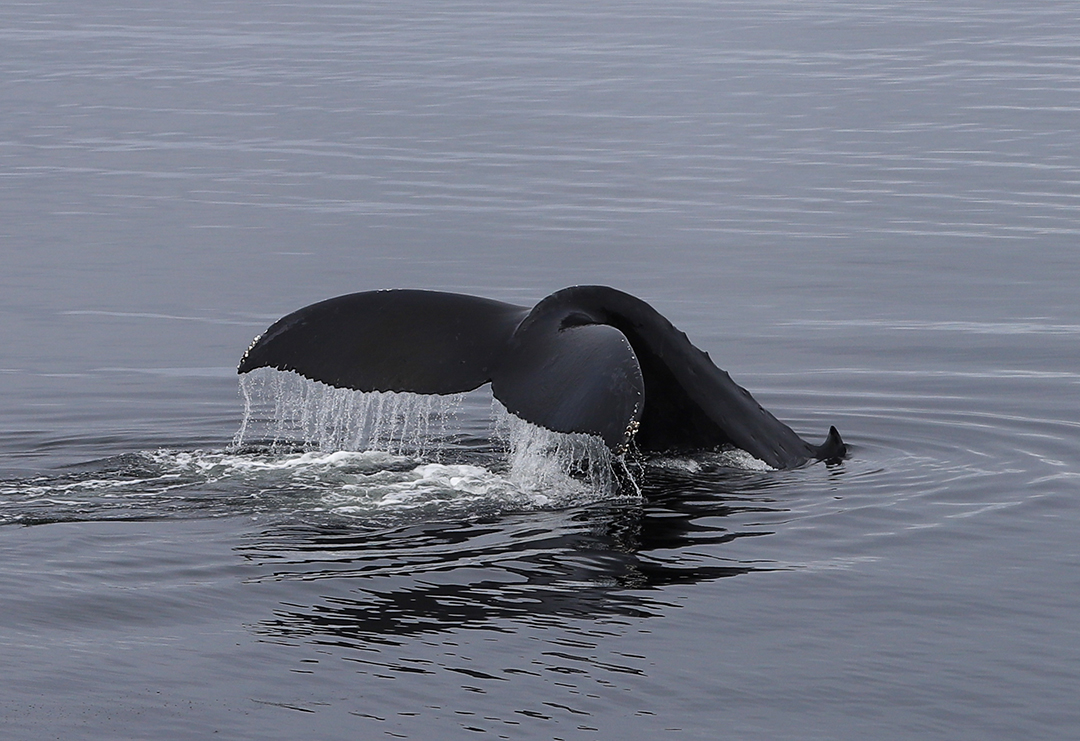