For my Master’s thesis, conducted at the Bimini Biological Field Station in The Bahamas, I spent a great deal of time observing social interactions between lemon sharks. The goal of the study was to determine whether sharks prefer spending time with individuals they live with or with strangers they have never met before. Here are four lessons I learned:

1. Look up!
Looking down from an observation tower, I would often find myself trying so hard to make sense of the social interactions occurring below that I sometimes forgot to look up. When I remembered to take a step back and raise my head, I saw the beautiful coastline of Bimini. Is this lesson a commentary on life or just a reminder to enjoy beautiful scenery? I have no clue, but I’ll let you know when I figure it out.

2. Lemon sharks are a great teaching tool
While on Bimini, I gave outreach presentations to every student enrolled in public school on the island. At the end of my stay, a class came out to the lab where we let the students interact with the sharks. I learned that the animals we study for scientific purposes could be used to pass knowledge on to people outside the field. 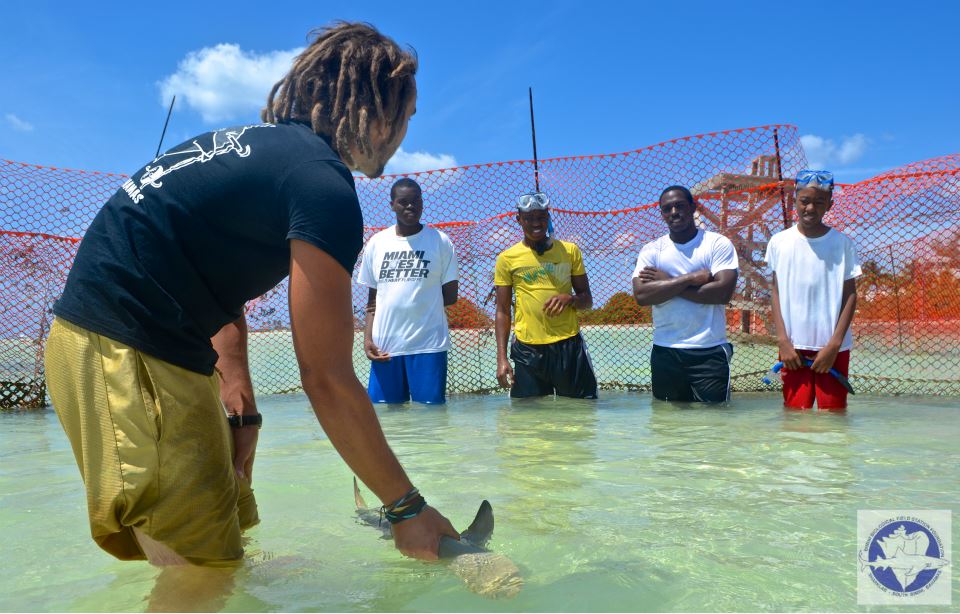 3. Real-life applications of science
Our research team found that sharks do prefer to spend significantly more time with sharks they live with than with strangers. Imagine this: two classes of young children are introduced to each other on the last day of school. After the introduction the scholars would show a marked preference for staying with their classmates rather than mingling with kids from the other class. People love familiar things; so do sharks.
All the sharks were released when the behavioural trials ended. Two sharks stuck together and wouldn’t leave one another’s side. Based on our findings, I can say with statistical certainty that these two sharks were more likely to be known to each other than strangers. I think that is pretty neat.

4. Keep your friends close!
One day we were watching the sharks swim around and all of a sudden there was a shiny flash. A shark was chasing down a mojarra for an afternoon snack but it couldn’t catch it. After about an hour the other sharks joined in – and eventually they got it! Don’t believe me? Just watch.