When I tell people I’m doing my Master’s research on stingrays, the usual response is a warning about the unfortunate incident that befell Steve Irwin. And true, if you want to catch a stingray alive, perform the necessary protocols to collect the data you need and then release it, there are certain risks involved. However, after spending three months in the Seychelles working with these beautiful animals and confronting the risks, I’ve learned a couple of lessons along the way.

1. Be careful when playing with fire

This project taught me that welding gloves are multi-functional and that despite their protective strength, they will come off second best in a contest with a stingray’s stinger. A stingray has a stinger – or sometimes two – on its tail (hence the name) and it uses it for self-defence. Most of the time the stinger doesn’t cause a lethal injury, but it can cause a serious ‘ouch!’ 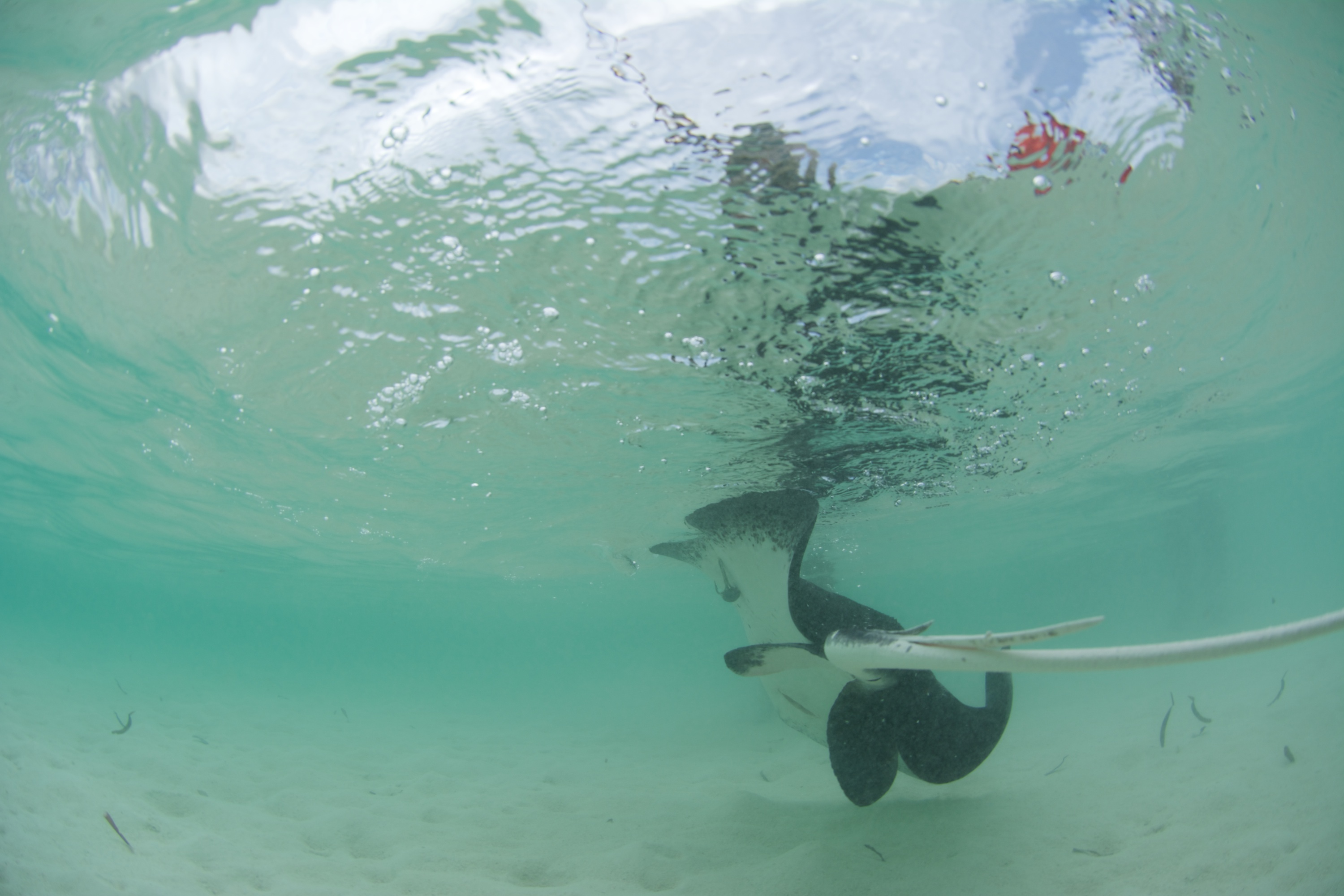 Photo by Rainer von Bradis | © Save Our Seas Foundation

So we invested in a pair of welding gloves for handling the stingrays. The person wearing the gloves would hold the stinger flat against the tail while the rest of the team worked on the stingray. The gloves saved us from injury, but at the end of the day they left the field looking like colanders, draining water through the numerous holes they had accumulated. Photo by Kyle Gordon | © Save Our Seas Foundation

2. Sometimes you have to take the road less perilous

As weather-beaten marine biologists we obviously weren’t scared AT ALL when we worked with mangrove stingrays (a species that usually has two stingers) for the movement part of this project. (Ignore the spike in heart rate and adrenalin at the moment Chris Boyes grabbed the tail to stabilise the stinger.) 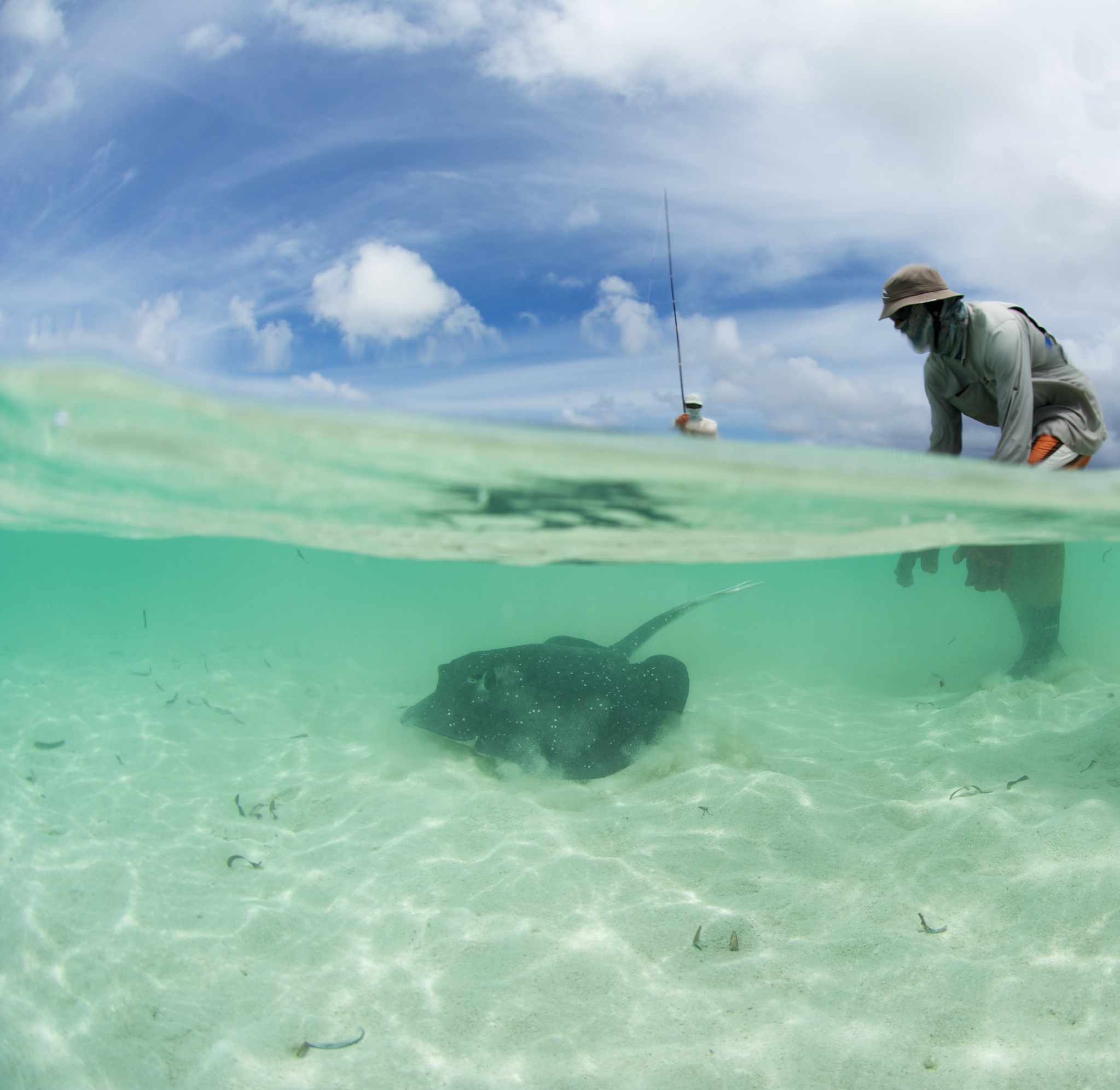 However, sometimes it is wise to choose safety first, and we elected to perform the diet component of our project on the porcupine ray, the only stingray species that doesn’t have a stinger. This meant we could perform gastric lavage on the animals a lot more quickly because we didn’t have to worry about getting jabbed. We still kept the welding gloves on, though, because porcupine rays have their own ingenious defence system: a back covered with sharp spikes just like rose thorns. Photo by Chris Boyes | © Save Our Seas Foundation

3. Enlist the help of an expert

Most people would be able to chuck a net over the side of a boat, catch a stingray and kill it. But what do you do if you need individuals of a certain size and you need them alive? You enlist the help of an expert fisherman who can figure out how to catch the stingray you need. Paul Cowley was our expert and he managed to foul-hook 17 mangrove stingrays within the space of a couple of days. This is by no means an easy feat. These animals are incredibly fast and surprisingly agile, and our largest individual was just short of a metre wide. Thanks to Paul’s expertise, though, the gentle plop of the treble hook in the water would inevitably be followed by a shout of ‘It’s on!’, a 10-minute session of letting the stingray ‘guide’ the boat and grow tired, and the delicate procedure of stabilising the animal in shallow water for the subsequent data collection. 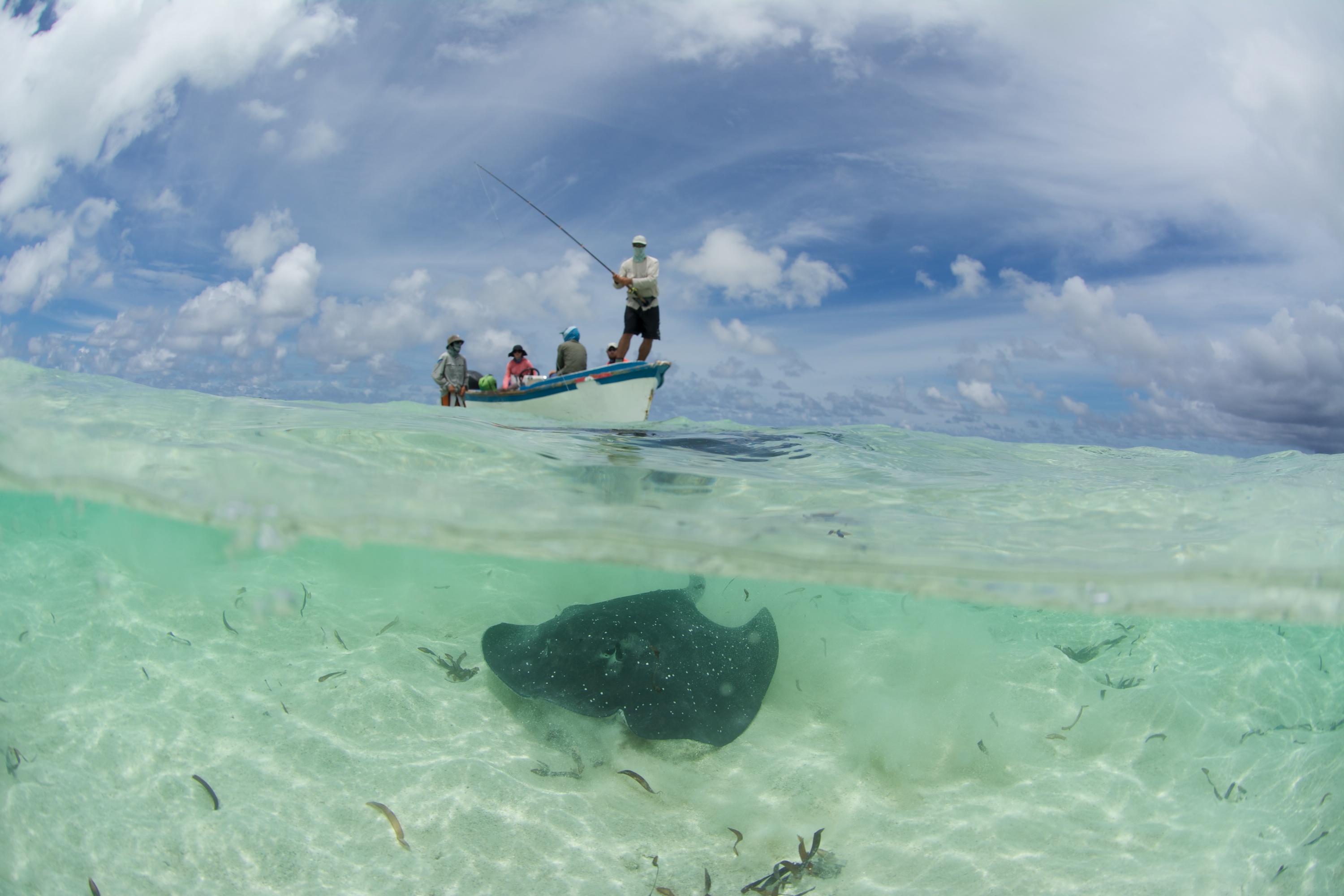 4. Don’t look for the obvious

Even though we were trying to catch porcupine rays, we didn’t specifically look for them when trying to catch them. This is because porcupine rays are well camouflaged, being basically the same colour as the sand. This made spotting them from the surface a challenge, particularly in cloudy or windy conditions. Photo by Chantel Elston | © Save Our Seas Foundation

So we didn’t look for the obvious. Instead of trying to see their bodies, we looked for the characteristic sand plume they create when feeding. When they hunt for food, they undulate their ‘wings’ up and down, displacing sand as they do so. The current then picks up this sand, creating sand trails that will inevitably lead to a porcupine ray scoffing down its lunch. Photo by Chantel Elston | © Save Our Seas Foundation

5. Sometimes in life you just have to leap for it!

The above video shows the procedure we followed when trying to catch a porcupine ray which, you’ll remember, is the only species without a stinger. And, because this species relies on camouflage for defence, you can sneak up very close to an individual before it starts to swim away. These two factors combined mean that porcupine rays can be caught by hand. As you can see, catching it involves a highly advanced method of chasing and pouncing that can take moments to perfect. On that occasion I learned that sometimes you don’t need fancy equipment or complicated protocols; you just have to leap.