Festival Cinemar: building a love of the ocean in the Andean Cordillera

Hey! What do you know about sharks? And by the way… do you like brownies?
Test your shark knowledge and win a brownie. This was our hook for Colombians to come and learn about sharks at our stall during the Bogotá Museum of Science’s annual ‘Science Carnival’. Be it for the sharks or the brownies, our stand was a great success and more than 250 people (including about 70 children) participated in our quiz. They not only enthusiastically answered our questions, but they also flooded us with stories of their own experience with sharks (many of them confined to the TV screen). We were pleasantly surprised by the fascination people have with these creatures, even though they have never been close to a shark in real life! 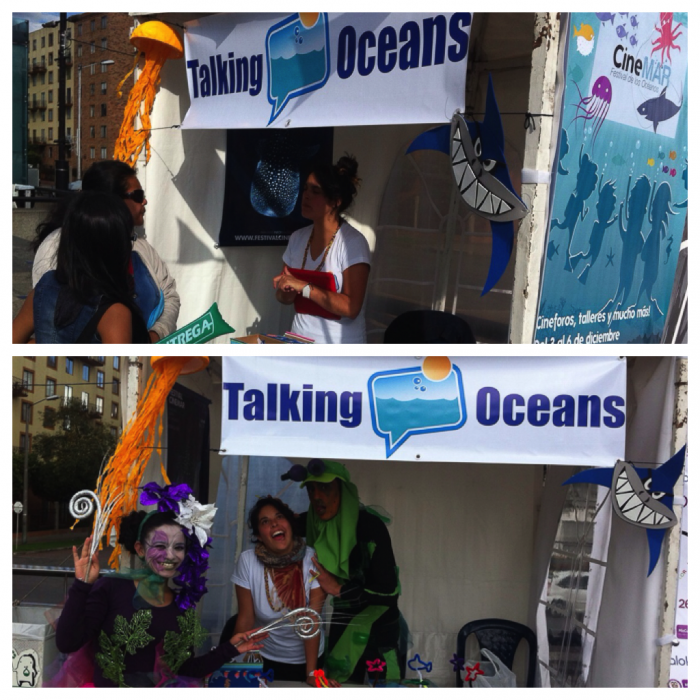 This activity is part of our communication strategy leading up to the launch of Festival Cinemar (we are three weeks away!), a festival to bring the oceans to Bogotá, Colombia’s capital city located 2,600 metres above sea level in the central plateau of the Andean Cordillera. Despite a combined Caribbean and Pacific coastline of about 2,900 kilometres, Bogotanos (people from the capital) have little contact or interaction with their oceans, and hence they are not armed with any information to make sustainable choices with regards to the ocean, from the seafood they eat to the policies they vote for.

At Talking Oceans we strive to conduct crucial marine conservation research in Latin America, but more importantly to communicate our findings and the science of others, pushing the boundaries of knowledge about our oceans and the most imminent threats they face. The popularity and frequency of environmental festivals is growing in the region, but there is little focus on the sea or marine issues, so Festival Cinemar is our first major communication initiative and the first of its kind in Colombia and Bogotá. 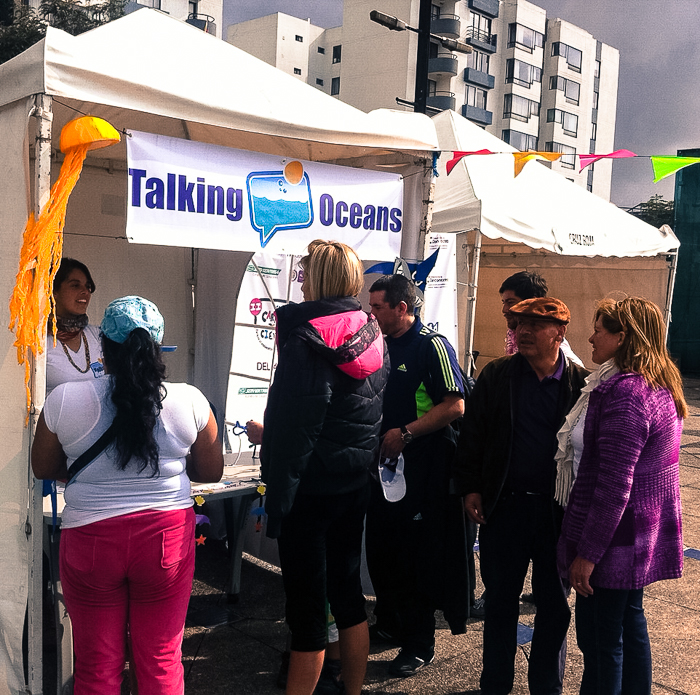 With the support of partners and funders such as the Save Our Seas Foundation, Oak Foundation, Santander and USAID, our aim in launching the new festival is to incite and ignite a love and passion for the ocean in the capital city so far from the ocean. To use a much-overused phrase, we conserve what we love, so the creation of a voting public in the capital, capable of making informed environmental decisions will support further environmental efforts by the government and our partner NGOs in the country.

The main festival events are cinefora, where we screen short films according to themes and have a panel of ocean experts on hand to discuss the films and answer questions from the audience. A children’s workshop focusing on sharks, mangroves and nursery areas (building on results from fieldwork from the SOSF-funded project ‘Elasmobranch Critical Habitat Assessment’) is also on the schedule, as is a ‘coffee with scientists’ geared towards young and aspiring conservation scientists, encouraging them to come and have a chat with our panel of experts in typical Colombian style – over coffee!

Festival Cinemar has been an incredible journey so far, full of new experiences and learning, and yet the most encouraging aspect is the sense of community and partnership that it has built amongst conservation organisations here in Colombia. They are all keen to join in and help out with a tangible cause they can relate to and support. 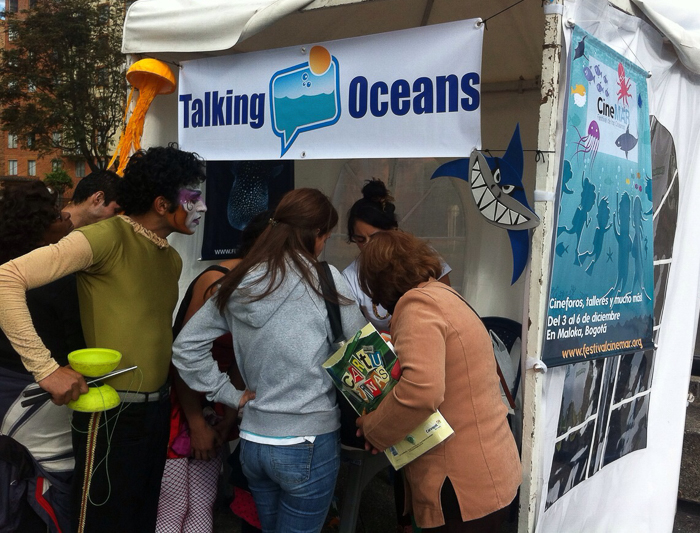