Do you think that sharks are always aggressive?

What has been happening in wonderful Mauritania lately?

Working in Africa can sometimes be challenging, although it is equally rewarding. So, although the organizational aspect of things may not be what we are used to, as a scientist, it teaches you valuable lessons on patience and adaptability. However, my recent trip to Mauritania was surprising because everything that needed to be accomplished was accomplished! Miracles do happen. 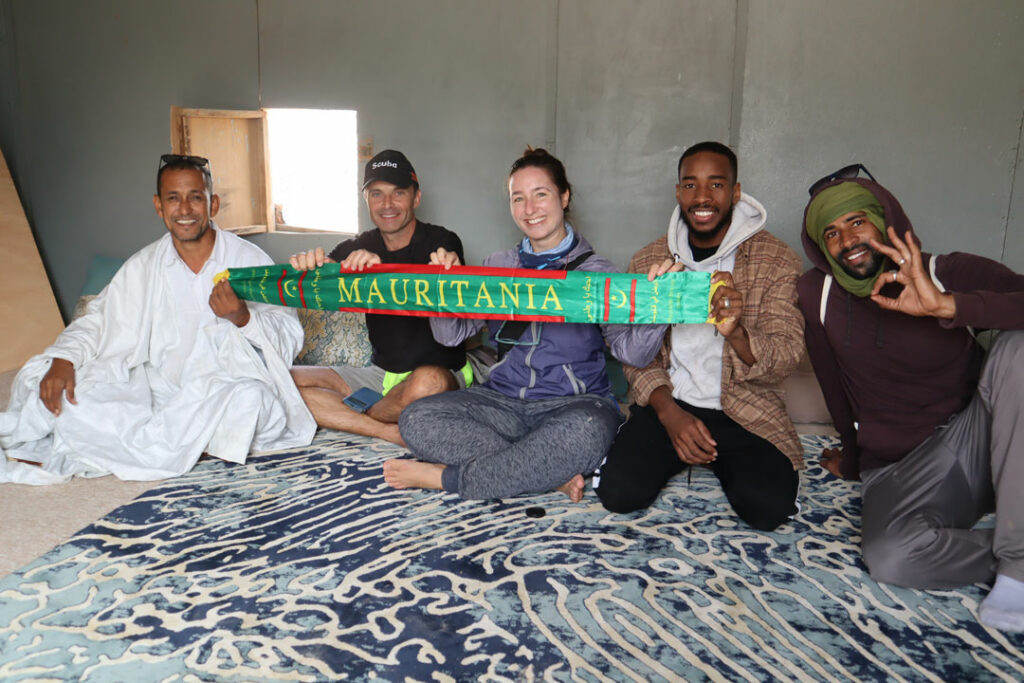 Mauritanians are truly hospitable and generous people – here, I was gifted a banner in the Mauritanian colours by some fishermen as a sign of appreciation. Photo © Carolina de la Hoz Schilling.

Fortunately, I was able to add quite a few more samples to my Mauritania sample collection, including some rarities such as the Western African torpedo ray! Although I am always saddened at the sight of dead sharks and rays (more so when they are not even used, like in the case of Torpedo rays), I get excited when I can confirm another species record for the country. 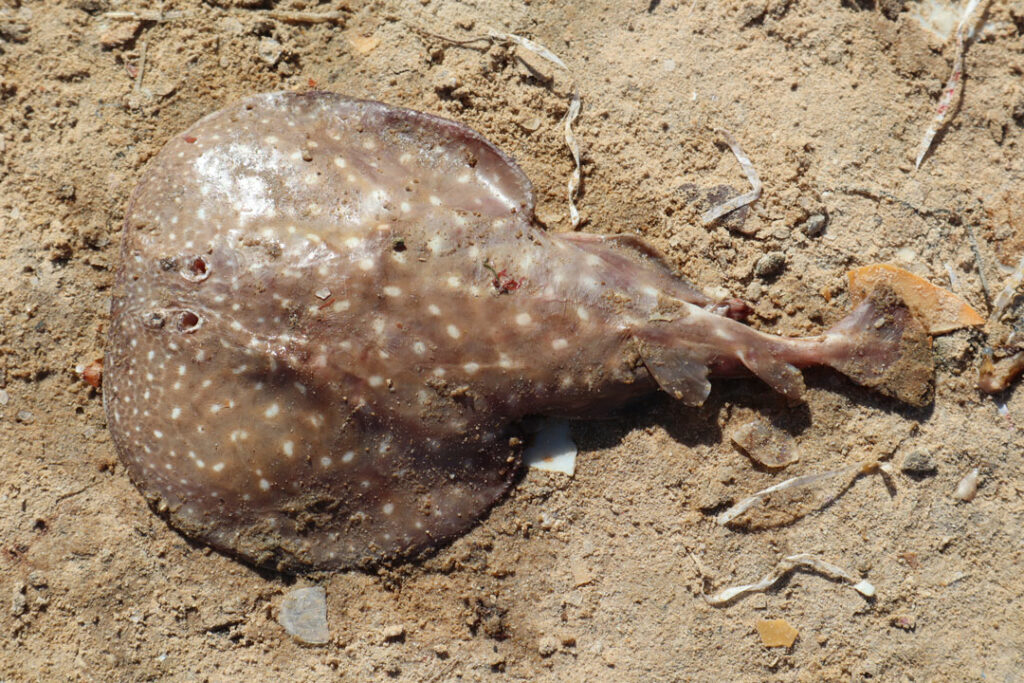 Apart from sampling, one of the things that caught my attention early on when I started working with the National Park of the Banc d’Arguin (PNBA) was the need for scientific education on sharks and rays for the field agents working for the Park. Many are used to working on sea birds, turtles, and seagrass – the three main study objects in the PNBA in the last decade – but do not have any experience with sharks and rays. But how can they, the people in charge of monitoring the Park, understand the importance of their protection if they do not have any basic knowledge of them? 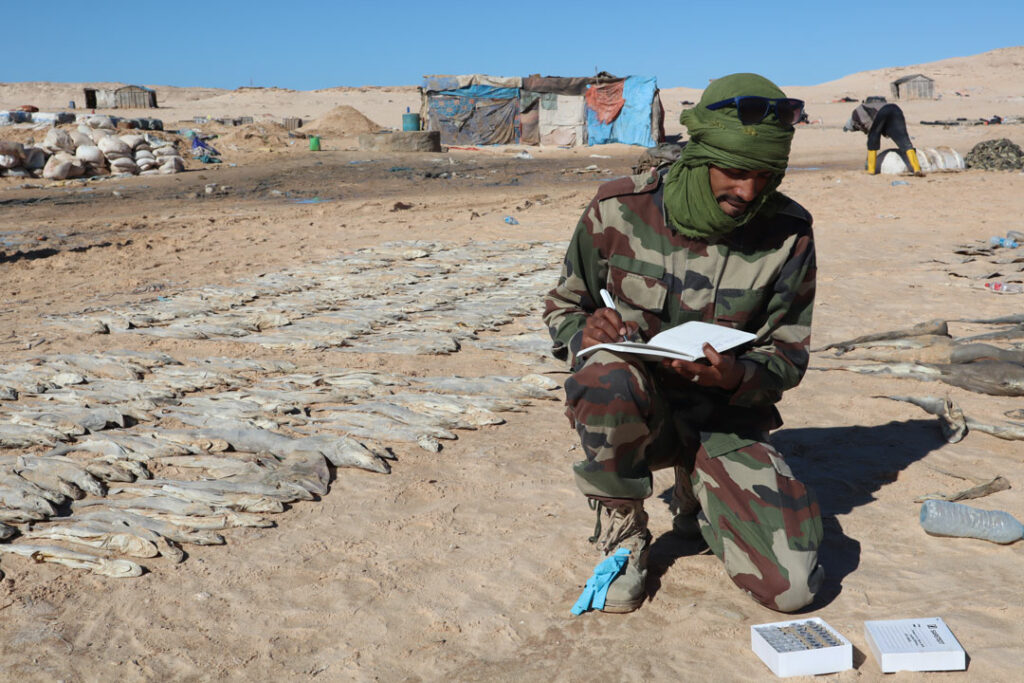 For this purpose, I recently organized a training workshop for PNBA field agents where they learned about shark and ray biology, ecology, and threats. They were also introduced to the wonderful shark and ray world right at their doorstep: the Banc d’Arguin. They learned about their local species diversity, the changes it has gone through over time and the challenges faced by local shark and ray populations. Finally, they were encouraged to report any sightings of sharks and rays, particularly of rare species, where presence in the Banc d’Arguin is pending visual confirmation. They were instructed on the correct and safe handling and release procedures of live sharks and rays encountered in nets during routine monitoring and surveillance activities in the Park. 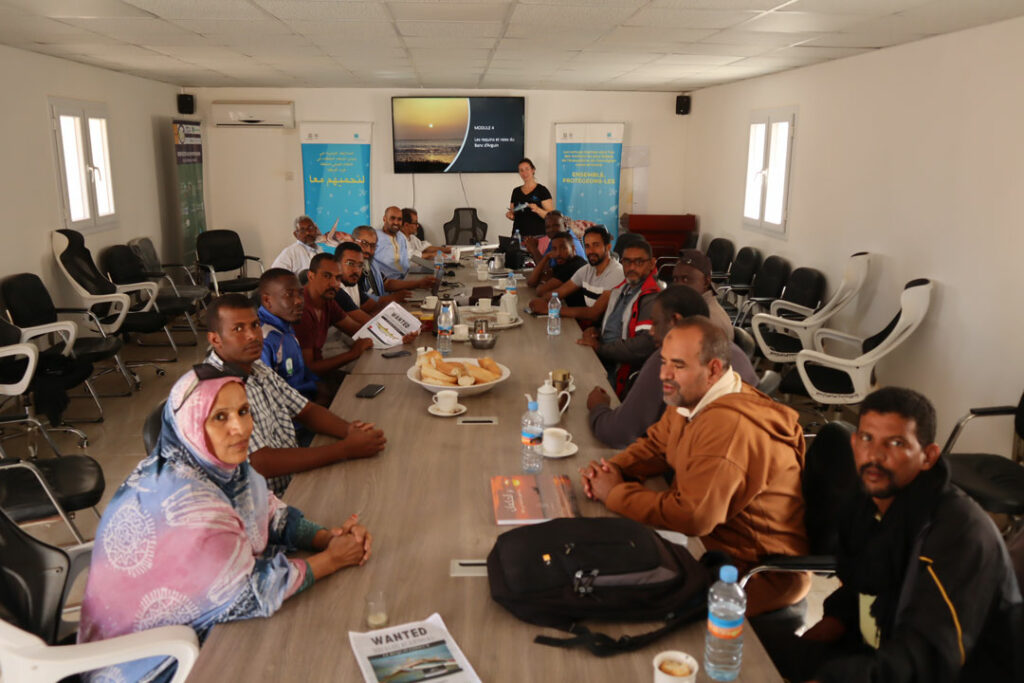 Hopefully, this will be the first of many more training workshops… At the very least, by the end of the workshop, when asked whether they thought that sharks were always aggressive, they had all changed their initial answers to a NO. Success!