Just weeks after receiving the news that South Africa’s Minister of Fisheries, Tina Joemat Pettersson, had signed documentation approving the ban on elasmobranch fishing in the Breede River the emergency regulations were officially gazetted in terms of subsections 2(e) and 2(n) of section 77 of the Marine Living Resources Act, 1998 (Act 18 of 1998) on February 15th. This means it is now illegal to catch or attempt to catch any elasmobranch (shark, skate or ray) within the tidal portion of the river, with transgressions punishable by South African National law.

Although there are many mixed feelings about these new regulations, we believe this is an excellent step forward for the protection and conservation of sharks in South African waters. 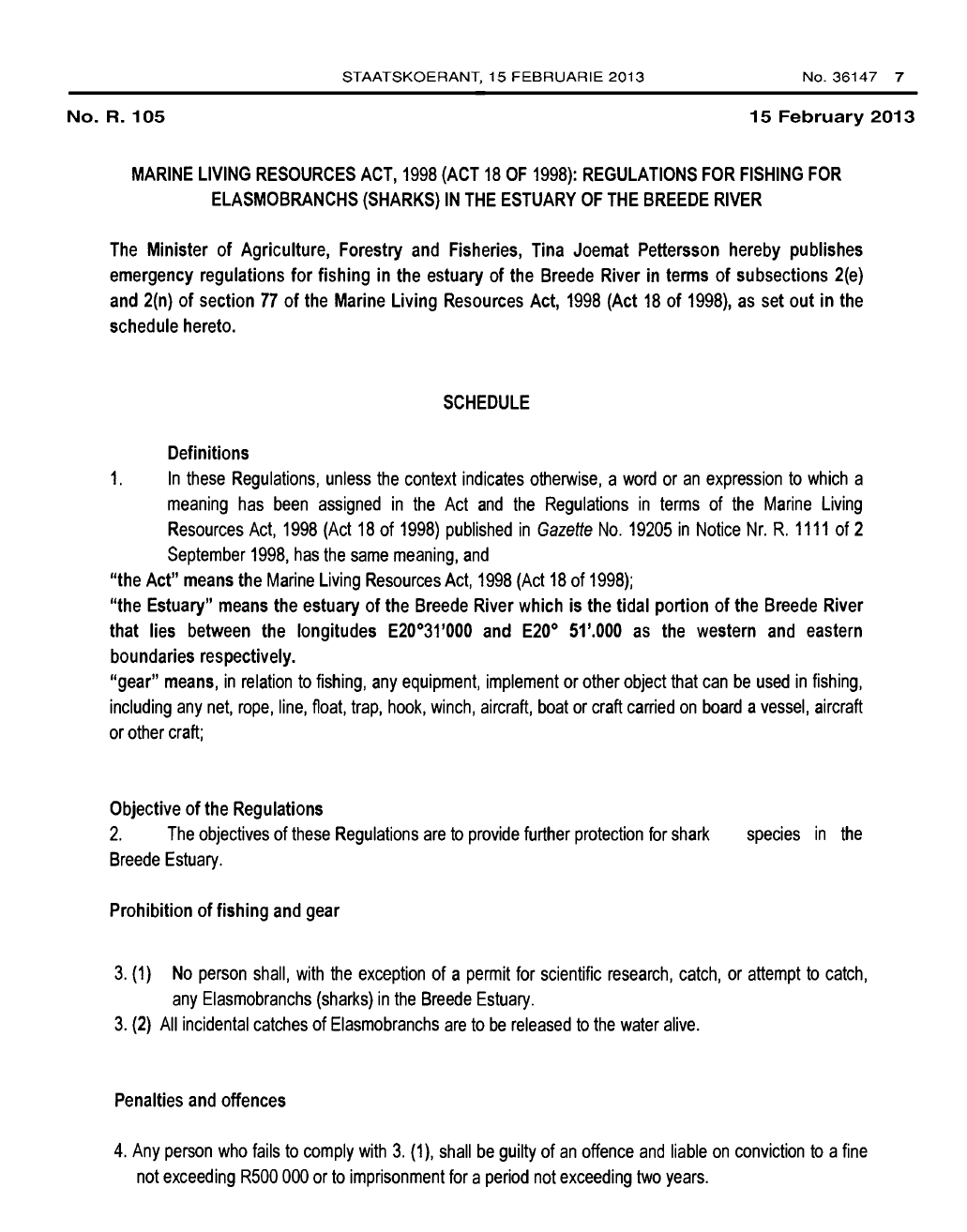