For a sea turtle, life is both complex and risky. The first major challenge occurs immediately after birth, when the hatchlings are forced to run a gauntlet of hungry crabs and birds on the beach. The lucky ones that make it to the sea are pummelled by waves and find themselves facing another frightening gauntlet of predators, including fish, sharks, eels and seabirds. Then comes the most challenging part of the entire life cycle: surviving adrift on the open ocean for as long as 15 years.

When they eventually reach a length of 30–40 centimetres, the young turtles head for land and take up residence in a suitable coastal habitat where they can eat and grow safely to maturity. If they’re unlucky, they might arrive in disturbed areas subject to fishing, pollution or other harmful human activities. However, those lucky enough to arrive at St Joseph Atoll will be rewarded with an undisturbed paradise that abounds with food and teems with other turtles. We estimate that more than 700 hawksbills and 1,500 green turtles are currently living in the atoll. 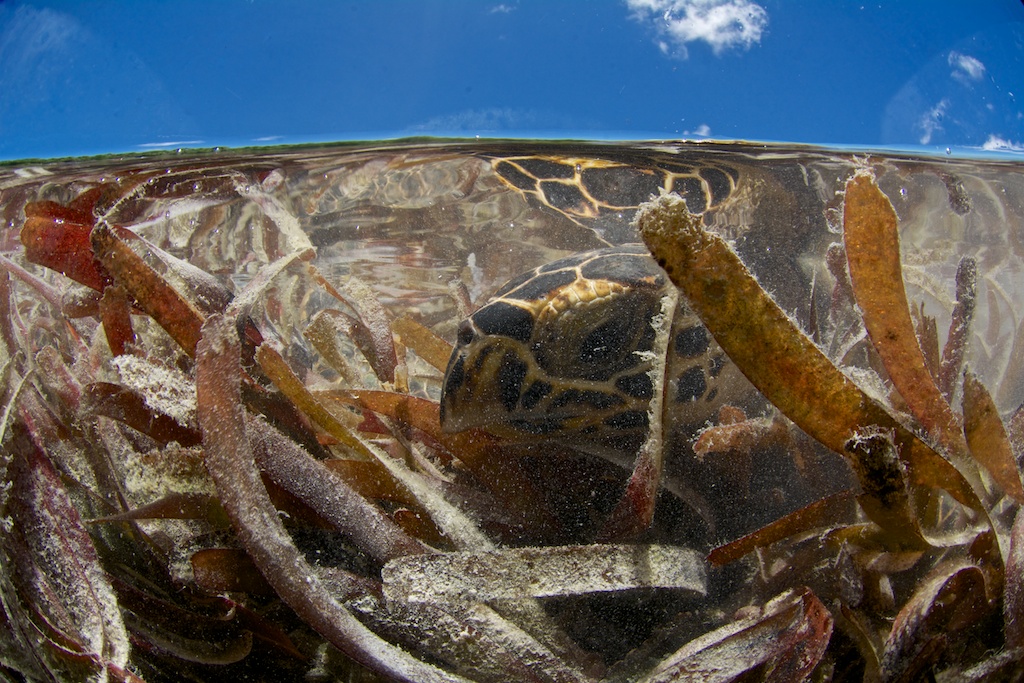 A hawksbill turtle feeding in the shallow seagrass beds of the Syt Joseph Atoll. © Photo by Rainer von Brandis | Save Our Seas Foundation

To better understand their habitat requirements and movements within the atoll, we fitted 25 juvenile hawksbills with acoustic transmitters. When one of these turtles passes near one of our acoustic receivers, its tag emits a signal indicating its unique code and the time at which it passed by. The data from the receiver array enable us to map the turtles’ movements and identify hotspots of activity. We found that most of the turtles feed in the shallow reaches of the atoll, where they maintain very small home ranges. On closer inspection, we discovered that they were feeding on sponges growing among the sea grasses in this area.

The data also show that some adventurous turtles take to the open ocean again in search of even greener pastures. Recently, one of our turtles was located just north of Malindi in Kenya! Its journey constitutes the longest migration for such a small hawksbill turtle (40 centimetres) ever recorded. In addition, this is the longest period that an external acoustic tag has been retained, proving the value of our innovative and ground-breaking tag attachment method. 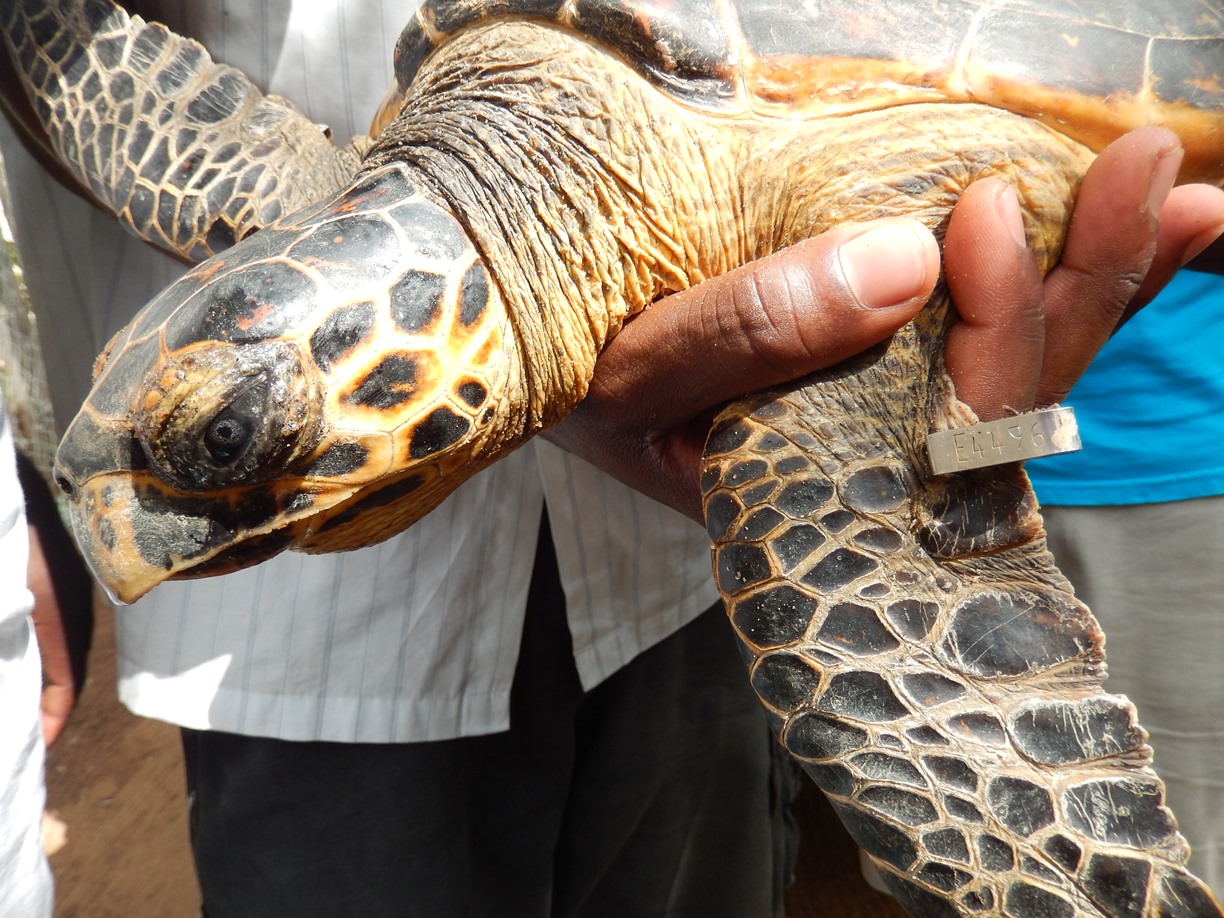 The adventurous turtle holding the record for the longest migration for its size. © Photo by Casper van de Geer | Local Ocean Trust

Fishermen accidentally caught the turtle and delivered it to the Local Ocean Trust: Watamu Turtle Watch, who reported the flipper tag numbers to turtle biologists in the region. Naturally, we were surprised and excited to hear about our turtle! It has now been released unharmed in the Watamu Marine National Park, where it will certainly enjoy a good life.