An interview with the Shark Ambassador

In 2011, The Bahamas became, at the time, the fourth and largest shark sanctuary covering over 250,000 square miles of waters that prohibits commercial fishing of sharks and promotes a catch-and-release recreational shark fishing. This a proactive step forward for shark conservation and as part of my work for ‘Drone diaries of The Bahamas’ I have been interviewing several people on their thoughts about this recent ‘shark ban’.
I had the pleasure of interviewing Cristina Zenato, a personality well known for her work on behalf of sharks, about her thoughts on shark conservation throughout The Bahamas. Having lived and worked as a dive instructor and shark advocate here since 1994, she has been honoured with the title of Shark Ambassador by Wild Aid and Sharks Savers. As part of sharing her vision, she also volunteers her time to host foreign students and teach local schoolchildren to dive. Below I have her thoughts and opinions on a few of the questions I have been asking.

Tell me a little about yourself.

My name is Cristina Zenato, I am originally from Italy but I grew up in Central Africa, and I have been living in The Bahamas for the past 21 years. I started as an open-water scuba instructor and am now a dive operations manager on Grand Bahama, a course director and a cave diving instructor and explorer. 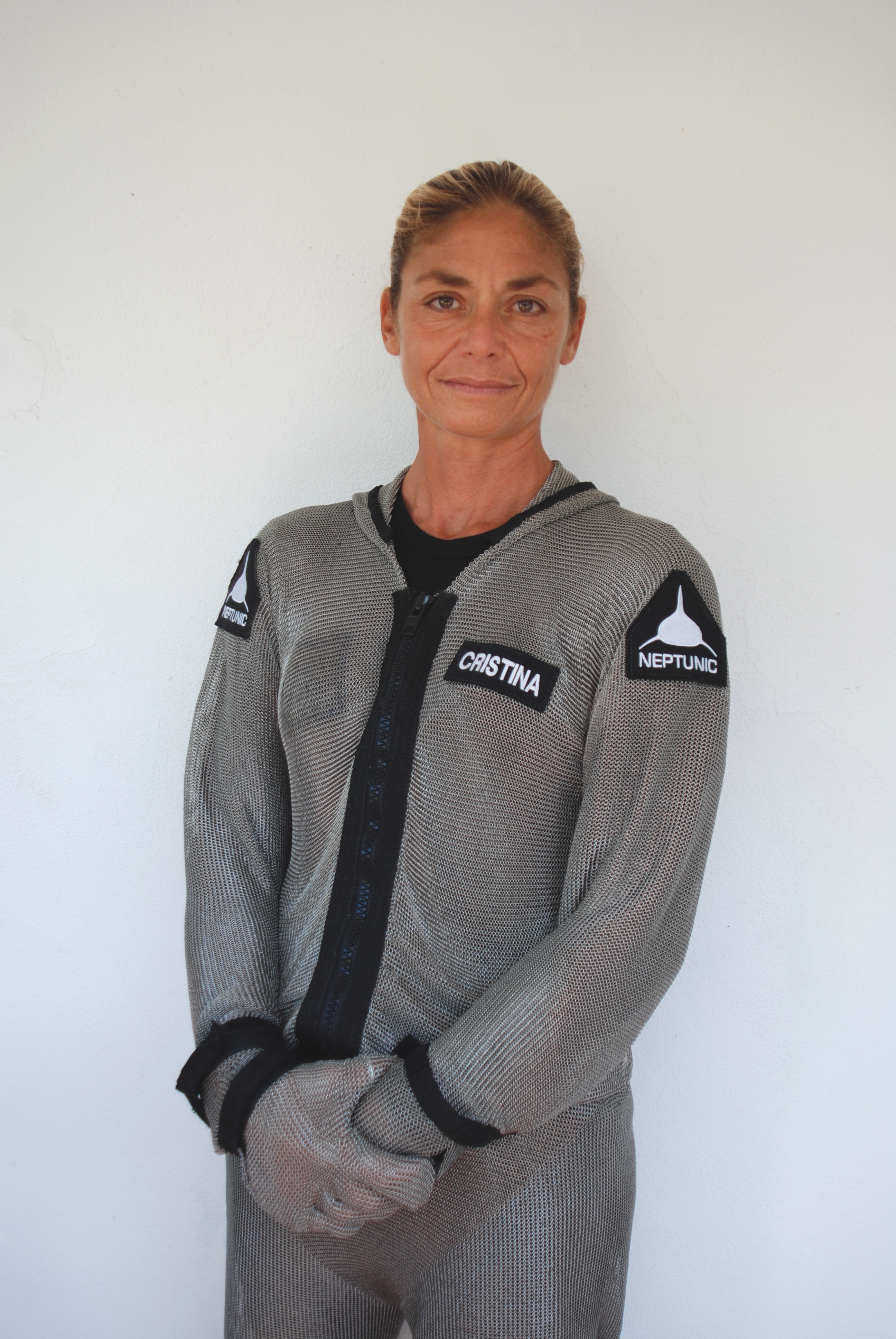 How important is fishing for you and what kind of fishing?

Fishing, or the regulation of fishing, and its relationship to the marine ecosystem are very important factors in what I do. I work in the ocean and the health of this environment relates directly to the presence of people who want to see and experience it. But there is more to it than that. Being so close to this marine ecosystem and having seen it change in just the past 20 years has made me realise that fishing is not just about sustaining jobs, but about sustaining the lives of everybody involved, including the people and animals that live far away and have no direct contact with this environment. It’s a delicate balance and it is important to understand the impact we all have and to change the way we think about the issues and approach them.

What comes to mind when you hear the word ‘shark’?

Do they bother you?

What bothers me is that we tend to interpret their presence and behaviour in anthropomorphic terms. It bothers me that people think the oceans would be ‘safe’ without sharks. We are creatures who, unaided, could not survive more than mere minutes in the water, never mind under it. Yet we want to dominate the oceans and remove what we feel is not safe, instead of trying to understand why sharks are in the ocean and what their role is in the various ecosystems. It bothers me that we put all ‘sharks’ into one pigeon hole and ascribe the same basic behaviours to them all, seldom realising that there are more than 400 species of different sizes, living in different environments and showing different behaviours.

Do you know about The Bahamas’ 2011 shark ban? What do you think about it?

Yes, I do know. I initiated the petition to protect sharks in The Bahamas and it gathered more than 25,000 signatures. That’s the same petition that the Pew Charitable Trusts and Bahamas National Trust used to continue the local campaign and obtain the final ban in 2011. What do I think? It’s not enough. We still need more enforcement and more education. And the ban should not be limited to sharks; it should extend to full ecosystems.

To find out more about Cristina, check out her website.

Project
Drone diaries of The Bahamas