The month of May was an exciting one for the team from SASC and the Department of Fisheries. It marked the first time we downloaded data from the array of 18 acoustic receivers in South Africa’s Breede River, and the first time we got a glimpse into the secret lives of a Zambezi shark and its preferred prey using this passive tracking system.

Armed with a team of divers and fish telemetry specialists, we spent 11 days in the field retrieving receivers, servicing equipment and conducting underwater searches for a few receivers which had already – in the space of three short months – been covered with sediment by the turbulent river system. To ensure the integrity of the data and make certain there were no “holes” in the array – where fish and sharks could “sneak through” without our knowledge – several days were also spent sifting through over 130 000 data points on fish movement. As a “first-timer” with this type of data I found the process incredibly interesting and, admittedly, slightly overwhelming. 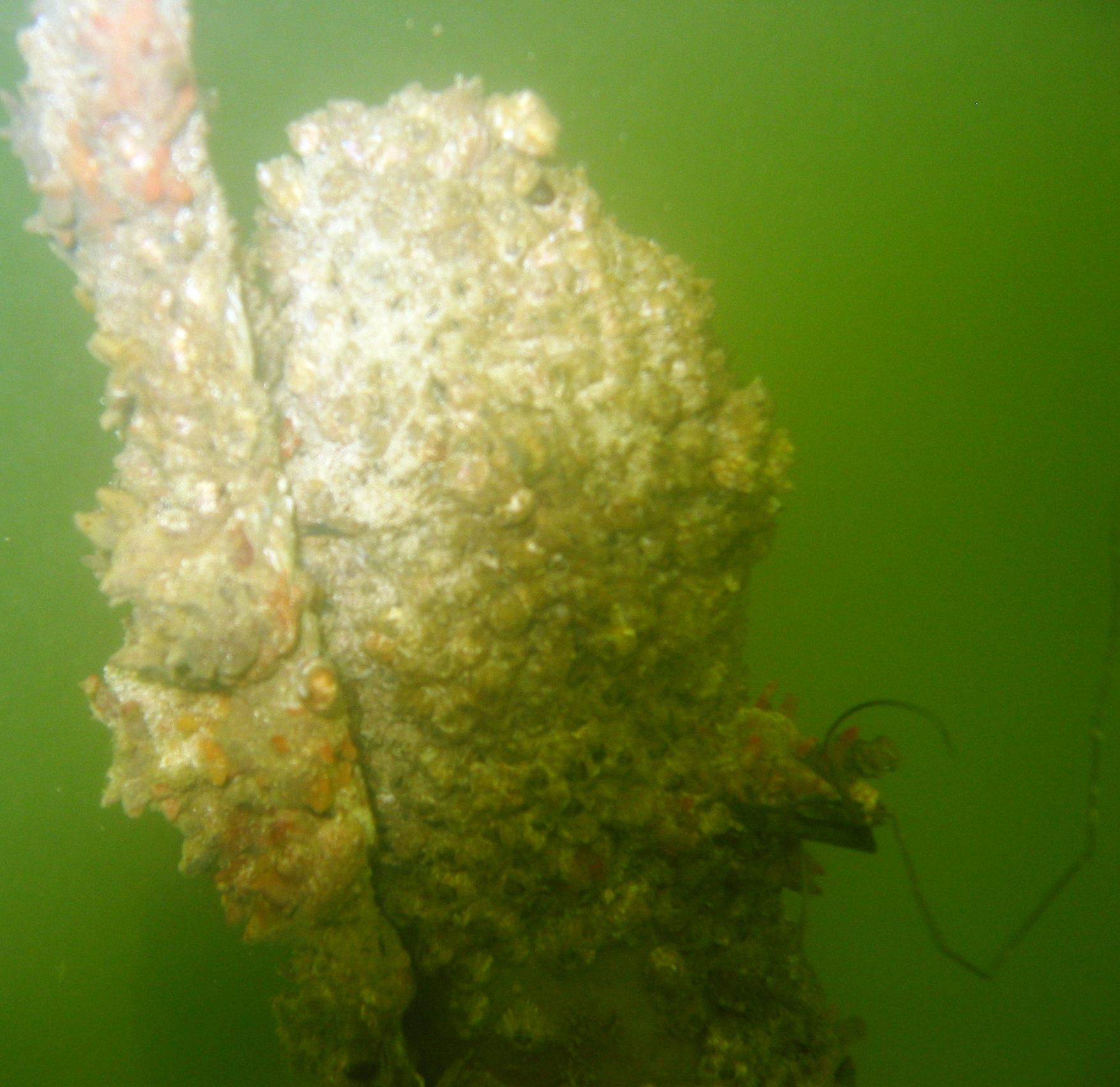 Biofouling on some of the receivers after a 3-month deployment period (Image courtesy Corne Erasmus (DAFF)).

By simply looking at the data it was determined our array required limited alterations, although we decided to purchase additional receivers to deploy in the upper reaches of the river – at the estuary-riverine interface – to maximise information on fish movement in this dynamic area. Although we have been examining the movement and behaviour of Zambezi sharks in the Breede River since 2009, this first download expedition marked the beginning of a 5-year study on predator-prey interactions and multi-species management/conservation strategies in the river. Our entire team is looking forward to upcoming expeditions and gaining further insight into the ecological role of Zambezi sharks in and estuarine environment. 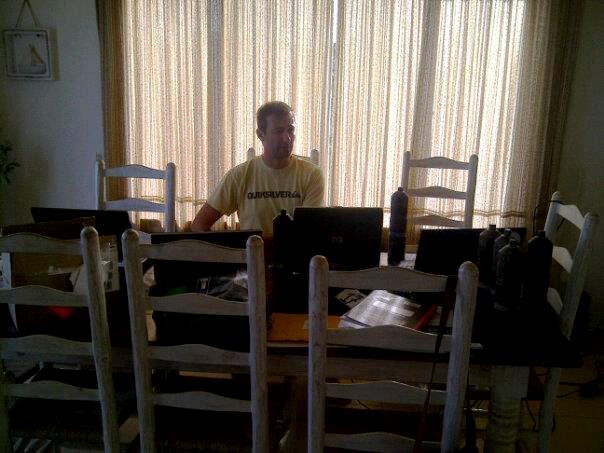 A team of computers (plus a team of scientists) was required for the data download.