Situated at the southern tip of Africa in Cape Town’s V&A Waterfront, the Two Oceans Aquarium is ideally positioned to showcase the incredible diversity of marine life found in the Indian and Atlantic oceans. The aquarium’s exhibits and displays have an educational focus, providing access to this unique natural world for more than 500,000 visitors per year from near and far.
Since opening in 1995, the aquarium has established itself as a leader and key player in raising environmental awareness through its high-quality exhibits, its conservation and education programmes and its sustainability initiatives. Its history is one of inspiring people to care about the ocean and it will continue to develop and drive scientifically and socially impactful education, conservation and research programmes and campaigns that contribute to the protection and well-being of the oceans.
Over the years the Two Oceans Aquarium has contributed to shark awareness, conservation and research initiatives through various exhibits, by tagging and releasing sharks and by supporting the efforts of scientists with ex situ research. In 2018 it established the Two Oceans Aquarium Education Foundation, a registered Public Benefit Organisation, to expand its education, conservation and research programmes.

The SOSF Shark Exhibit is the new name given to the aquarium’s largest exhibit, which hosts five ragged-tooth sharks and several other large fish species. The re-naming is one of several collaborative ventures that stem from the partnership between the SOSF and the Two Oceans Aquarium. Shark Alley, a new development in progress behind the SOSF Shark Exhibit, will boost learning opportunities for visitors who have a special interest in charismatic sharks, shark biology, threats to sharks, and human–shark interactions. The partnership is another step towards highlighting the diversity and ecological role of sharks, rays and skates in the ocean. Fostering curiosity, awe and compassion for the conservation of and research into sharks is the joint goal of these two organisations. 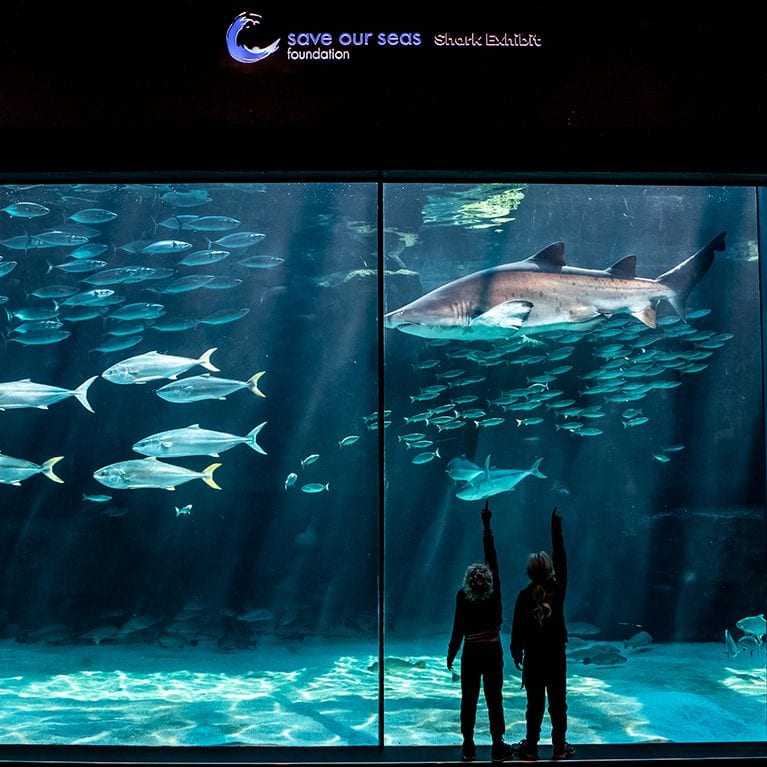 The power of partnerships
When the Save Our Seas Foundation established the SOSF Shark Education Centre in Cape Town, South Africa, in 2008, it aimed to connect people of all ages from the local communities – as well as visitors from distant lands – with the unique marine environment…