Did you know that some sharks and rays lay eggs? The Great Eggcase Hunt app turns people into citizen scientists by helping them to collect and share data when they find eggcases on the beach.

My keen interest in nature and the environment developed when I was young, although living in central England, well away from the coast, meant that my curiosity about the underwater world took longer to emerge. It was learning to scuba-dive at the age of 14 that led me to fall in love with the ocean and appreciate its inhabitants. Faced with choosing a career, I jumped at the opportunity to study for a BSc in marine biology and coastal ecology and then an MSc in conservation biology with a view to working in the marine conservation sector. I had a... 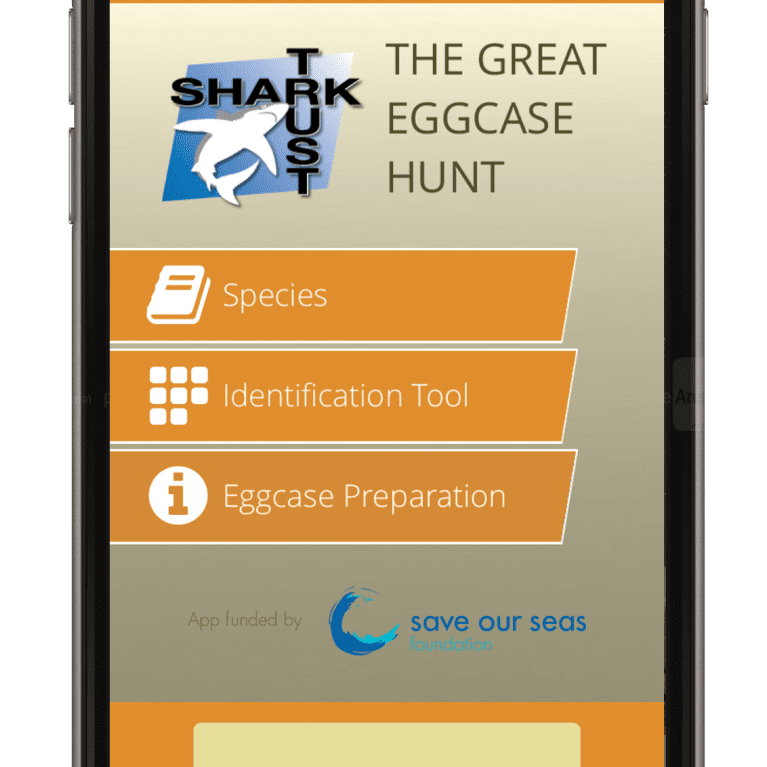 The Great Eggcase Hunt at your fingertips!
Whether you’re a lover of Android or of Apple, if you’re strolling along the beach and you discover a mermaid’s purse (the eggcase of a shark, skate or ray), you can use the new Shark Trust app to identify what you’ve found, learn more about…
Project details

The key objective of this project is to create a smartphone app encouraging more people to engage in the Great Eggcase Hunt and contribute their findings to the project.

A dedicated Great Eggcase Hunt smartphone app will contribute information to help identify marine areas important to species of skates and egg-laying sharks through more accurate, verifiable data collected by citizen scientists. The app will allow the user to hunt for, identify and submit their eggcase finds on their mobile phone. They will be able to upload GPS coordinates and submit photographs for verification, thus improving the quality of information submitted.

Established in 2003, the Great Eggcase Hunt was initially conceived as a means of raising public awareness about the presence and diversity of sharks, skates and rays in British waters. However, it quickly became apparent than the project could also help to collate knowledge on the broad distribution and abundance of egg-laying elasmobranchs. Driven by evidence of declining populations and the lack of species-specific recording (particularly in fisheries landing data), the ability to increase our understanding of all aspects of elasmobranch life history became essential.

While this citizen-science project provides easily accessible information, it must be recognised it does not offer a comprehensive dataset, as it relies on occasional finds rather than scientific surveys. Nevertheless, once records have been verified, information becomes data, and once collated this data represents a vast source of information on the diversity of egg-laying elasmobranchs and the possible whereabouts of nursery grounds.