Heidi trains volunteer sea-anglers to tag sharks, skates and rays around Northern Ireland. She also communicates the data collected by these anglers with government departments to inform more conservation measures for endangered Irish sharks. The flapper skate is a protected species that is especially vulnerable to damage during catch-and-release angling. Special training is vital if these skates are to be returned safely to the sea with a chance of survival. Heidi is using a 3D, life-sized, weighted model of a flapper skate to host training sessions with anglers so that they train to handle and release this Critically Endangered skate. 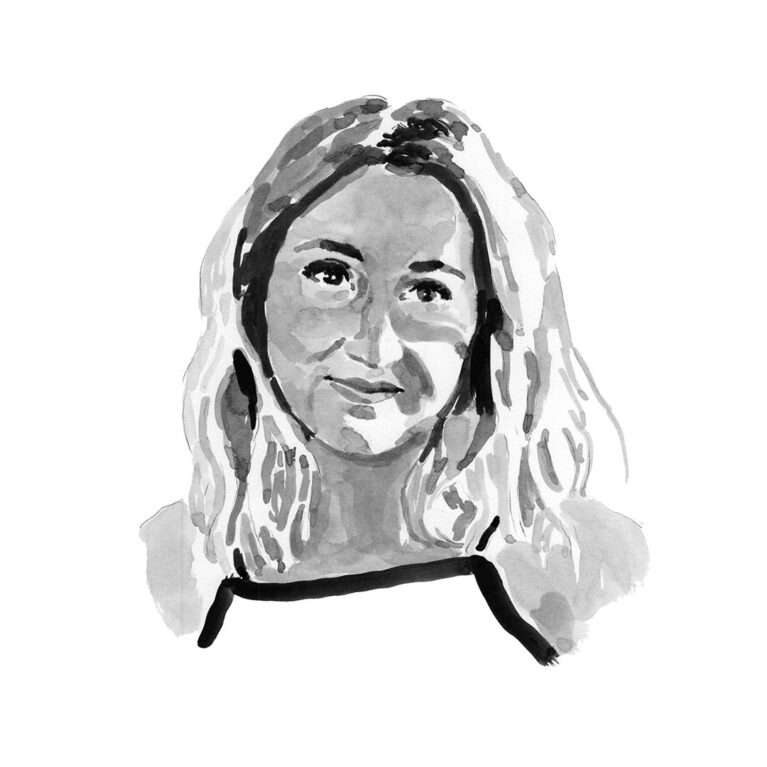 A shark lover may not be the first thing that comes to mind when meeting someone born and raised on the island of Ireland, but the cold water never froze my ambition to be a marine biologist. As a child I could always be found on or near the water; I basically learned to swim before I could walk! At the age of 14, I learned to scuba dive and by 21 I was a qualified professional PADI divemaster with eight specialty diving qualifications. I spent some time as a divemaster on a Honduran island called Roatan, where my favourite...

Raise public awareness of the critically endangered flapper skate and garner public support for the designation of the first marine protected area for the species in Northern Ireland, as well as training sea-anglers in safe release techniques when angling for, and tagging this large and vulnerable skate.

NI is one of the last remaining refuges for the critically endangered flapper skate. Sea-anglers are currently collecting data through a tagging programme; however, angling for such a large and vulnerable species is challenging. Using a 3D, life-size flapper skate model to train anglers in best-practice techniques will ensure the safety of both the skate and the angler. It will also bring to life a species that many people will not have seen before.

Northern Ireland is one of the last remaining refuges for the flapper skate. The species is listed as critically endangered meaning there are very few left in our seas. They are especially vulnerable to extinction because females have a small number of young which means it takes a long time for population numbers to increase. Also, they are easily caught in fishing nets.  Efforts to protect the flapper skate have been challenging because we know so little about the species, apart from in one specific area in Scotland; Loch Sunart to the Sound of Jura Marine Protected Area (MPA). Anglers in this area were successful in using tag data as evidence to secure the designation of the first MPA for flapper skate. A similar project, Sea Deep, launched in 2018, is collecting data on flapper skate in Northern Ireland and hopes to replicate the successes in Scotland. In Northern Ireland, flapper skate are protected under the law making it a criminal offence to target the species. A license granted by the government is required to angle for, and tag flapper skate, however, they can be accidentally caught as well. Flapper skate do not have a rib cage to protect their internal organs, and their skeleton is made from soft cartilage providing little protection when out of the water. Therefore, all sea-anglers must know how to quickly and safely release such a large and vulnerable species. The flapper skate was once a well-known species but as its populations dwindled so too did its place in our cultural memory. We hope to rediscover the historical connection between the flapper skate and Northern Ireland by gathering sea-anglers stories and memories into a celebratory film showcasing the importance of the species.

We will use the 3D, life-size flapper skate model to deliver practical training to sea-anglers teaching them to safely and quickly releasing flapper skate when caught. This training will increase knowledge and application of best-practice techniques within the Northern Ireland sea-angling community. We will raise public awareness of the flapper skate by bringing the life-size model on the first-ever Flapper Skate Roadshow across Northern Ireland. At each event, we will deliver a talk to the public to increase public knowledge of the species and its conservation status. The events will also provide an opportunity to ask people face to face to sign our digital petition supporting the designation of a marine protected area for flapper skate in Northern Ireland. We will collect memories, stories, photos, logbooks and articles from sea-anglers and other members of the public about the flapper skate. The flapper skate memorabilia will be used to create a celebration film that will showcase the brilliance of the species, and it’s importance to Northern Ireland’s coastal heritage. The film will be premiered at the final roadshow event and will also be freely available to watch from the Ulster Wildlife and Sea Deep websites.