Populations of sharks and their cousins – the rays, skates and chimaeras we call chondrichthyans – have suffered declines as a result of overfishing, habitat degradation and pollution, and will continue to do so as our climate changes. But what about sharks that get sick? Fabiana is investigating the most prevalent kind of viral infection in chondrichthyans: RNA viruses. The other threats that have driven sharks into decline may also affect their genetic diversity and resilience, so understanding the diversity of viruses that infect them could help us understand even more about shark immune systems. 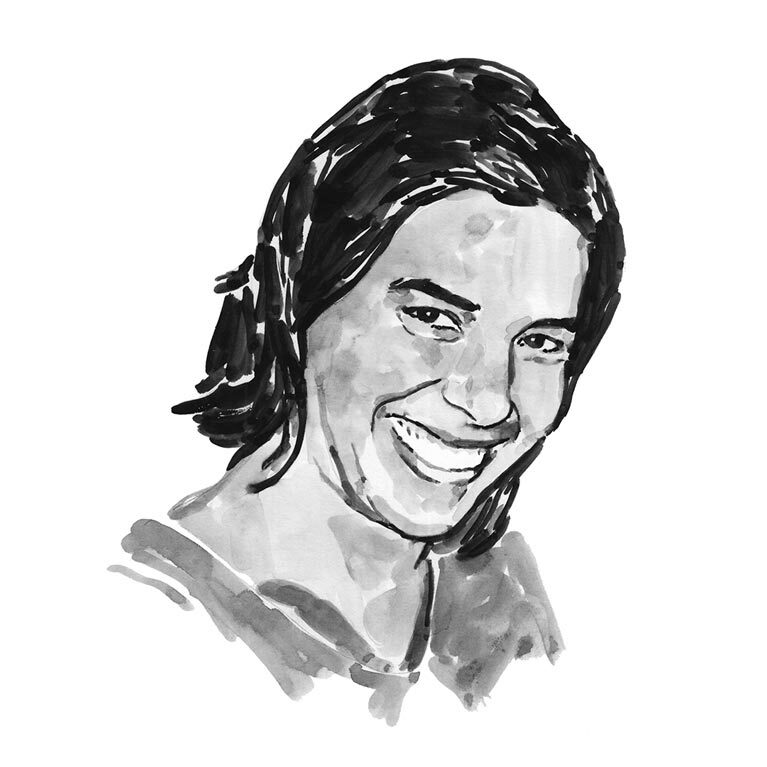 Having obtained my PhD in pathology and molecular genetics, I am now working as a post-doc researcher focusing on elasmobranch immunobiology, with a particular interest in understanding how pathogens shape a host’s immune diversity.

Viruses are disease-causing agents that have direct and indirect effects on hosts. The arms race between viral infections and a host’s defences has consequences for the evolutionary trajectories of both the host and the pathogen. However, screening for pathogen communities in chondrichthyan hosts in the past has been mostly opportunistic and descriptive and has missed representation of the taxonomic and ecological diversity in the group. This project will provide a baseline of RNA virome composition spanning endangered sharks, rays and chimaeras with different ecologies. This baseline will make it possible to monitor in future the differences in host–pathogen dynamics, especially in endangered populations.

At approximately 450 million years old, chondrichthyans (sharks, rays and chimaeras) are the oldest living jawed vertebrates with innate and adaptive immune systems. They exploit marine, estuarine and freshwater systems from high latitudes to the tropics, occupy a variety of habitats, such as coastal, open ocean or deep water, and exhibit a range of feeding strategies, from top predators to filter feeders. They are thus exposed to different environmental stressors and pathogens, which might result in variable selective pressures on hosts’ immune response mechanisms. During the past few decades, many shark and ray populations have suffered critical declines, mainly as a result of their vulnerability to overfishing, habitat destruction and climate change. These dramatic declines have driven some populations to the brink of extinction and may have affected their genetic diversity levels and resilience to further pressures and ever-faster climate change.
Indeed, in the past two decades studies on chondrichthyan immunobiology have shown a high variability in immune gene copy numbers across species. Despite the importance of the immune system for the host’s defence against the invasion and spread of pathogens, little information is available regarding baseline data of pathogens associated with chondrichthyans. Since the majority of studies on aquatic animals show that RNA viruses are the most predominant type of viruses, we propose to study the viral RNA composition and diversity in chondrichthyan hosts spanning all of the three major lineages – sharks, rays and chimaeras – so that a baseline of the viral RNA pathogens in this group can be defined across highly distinct habitats. I expect that this information will encourage further studies to be carried out on the susceptibility of the target species to different viruses.