Brandon is applying novel and state-of-the-art techniques to assess the age of sharks, and determine their migratory patterns. Knowing how sharks age is critical to properly managing their populations in fisheries, ensuring that their harvest is sustainable and that they can recover. In fish science, researchers use the ear bones called “otoliths” to count growth rings laid down over time. In sharks, growth rings in the vertebrae have traditionally been used. However, there are accuracy issues with this technique – and this project aims to refine this process to make sure the way we age sharks is more accurate, to better inform their management. 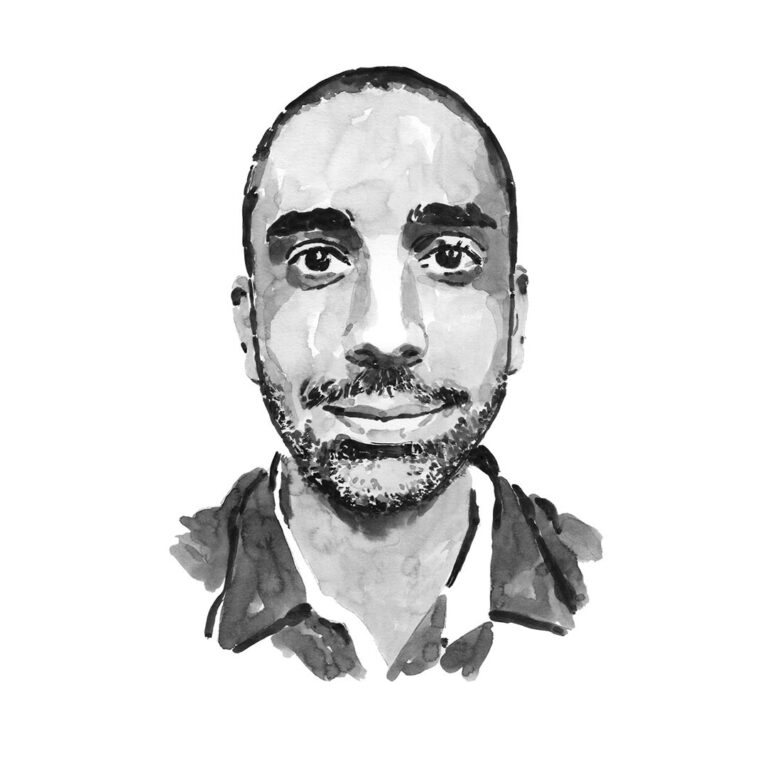 I began my career at Indiana State University in the USA, focusing on macro-structural geology and on biogeochemical research into the wind-blown iron and phosphorus flux record of the Southern Ocean over roughly the past 20 million years. From there, I carried on at Washington University in St. Louis, Missouri, then at l’Institut de Physique du Globe de Paris before proceeding to Macquarie University in Sydney, Australia. Along the way I picked up further skills and expertise in structural geology, experimental petrology, planetary chemistry and cosmochemistry, all largely examined through the lens of trace elements and isotopes. During this time...

To explore state-of-the-art in situ measurements of elemental and strontium isotope ratios as a complementary means to determine elasmobranch age and migratory patterns.

The accurate ageing of sharks is critical to sustainable harvesting and population recovery, but significant issues are linked to conventional techniques (counting growth bands): age is often underestimated and for older individuals there is a lack of resolution, so population metrics used for understanding conservatorship are skewed. Element-to-element ratios and strontium isotopes are excellent fingerprinting tools for annual environmental variations, as has been demonstrated in fish otoliths. The proposed work is the first to apply these techniques (especially strontium isotopes) to elasmobranch growth bands in order to age an individual accurately.

To set sustainable harvesting quotas for sharks and achieve recovery of their populations, it is essential to age the animals accurately. The conventional ageing technique consists of counting growth bands in vertebrae, but this approach is prone to errors associated with over- and under-counting resulting from the misidentification of periodic features. More recently, element-to-element ratios have been explored as complementary tools for determining age and migration between marine and freshwater environments. In this context, manganese:calcium shows promise as an age-specific fingerprint and strontium:calcium (along with barium:calcium) as one of the most prominent indicators distinguishing between marine and freshwater or estuarine environments. In the latter case, marine environments typically have significantly higher strontium (and lower barium) concentration, which means that strontium:calcium – alongside manganese:calcium and barium:calcium – can potentially be used as an annual marker, in particular for female sharks that return to freshwater environments each year to pup.
It is well known from fish otoliths (a calcified part of the inner ear) that marine and freshwater environments display distinct strontium isotope signatures (87Sr/86Sr ratios) and that freshwater and marine signatures can be readily distinguished at requisite length-scales (such as 50 microns) using in situ (and largely non-destructive) laser ablation multi-collector inductively coupled plasma mass spectrometry (or LA-MC-ICP-MS). Moreover, it is well established that 87Sr/86Sr ratios can be determined in situ in bio-apatite (calcium phosphate or bone, such as that in fish vertebrae) and 87Sr/86Sr ratios in bio-apatite can be used to determine sub-annual mobility. And yet to date, strontium isotopes have never been investigated in shark vertebrae to these ends.
This study will combine in situ elemental compositions and 87Sr/86Sr ratios in the vertebrae of sharks to determine their ultimate viability as complementary ageing, environmental and migratory reconstruction tools.