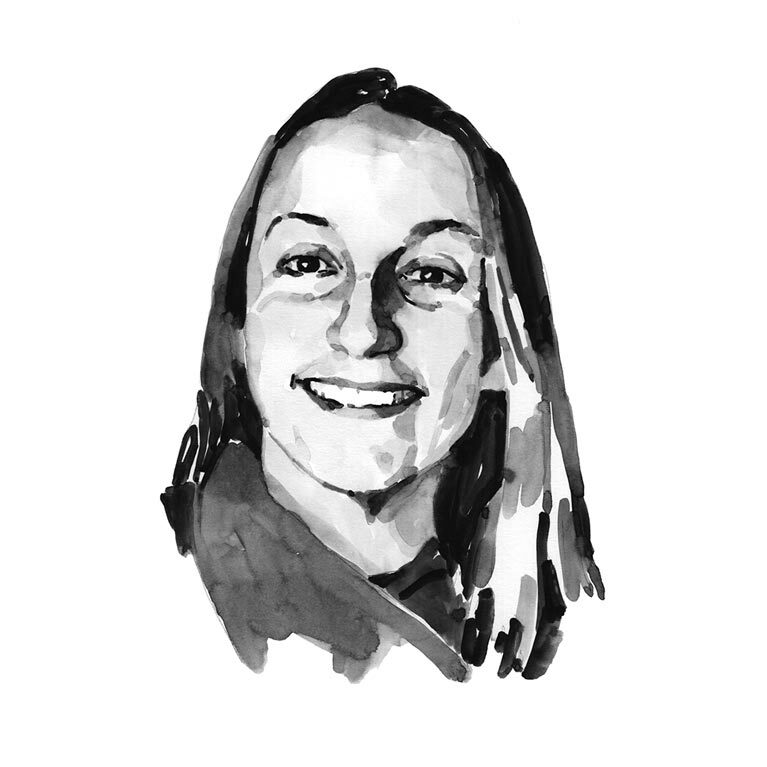 My interest in the ocean began when I was growing up in Alaska, where I was lucky enough to spend lots of time on the water and among the region’s coastal communities. I always knew that I wanted to study marine ecosystems, but my scientific journey has been anything but straightforward.
My first real foray into research was during an internship in the Caribbean, studying the ecology of coral reefs. Intrigued by the tropics, I moved to Guam to complete my Master’s degree and launched diving expeditions to Micronesia, Japan and the Mariana Islands to collect samples of marine plants...

To estimate the size of South Africa’s great white shark population by means of the innovative method of close-kin mark-recapture analysis, which uses genetic relatedness of the individuals sampled.

South Africa’s great white sharks Carcharodon carcharias present a unique case study of the complicated politics surrounding human–wildlife interactions. Measures to protect swimmers, such as the shark nets maintained by the KwaZulu-Natal Sharks Board, are a fine trade-off between the public desire for accident prevention and the conservation of viable shark populations. Accurate population estimates are required to keep this balance, and this project uses genetic information from routinely collected fin clips to provide that information.

South Africa’s great white sharks have been protected from targeted fishing since 1991 and the need to monitor their population has been highlighted by the South African government, but recent robust population estimates are unavailable and new ones are difficult to obtain. To date, research on the population of great white sharks in South Africa has relied on traditional mark-recapture methods, which depend on tagged animals being ‘recaptured’ to produce population estimates. The first study of this kind used dart tags to mark adult sharks, whereas others have used individual dorsal fin markings as ‘tags’ to estimate population size. Each of these methods requires extensive field work, which makes them expensive to continue.
In contrast to traditional mark-recapture studies, a close-kin mark-recapture analysis relies on genetic markers to identify parent–offspring pairs that constitute a ‘recapture’ of the parental individual. Because the ‘tag’ is contained within the individual’s genetic data, each animal needs to be encountered only once and therefore does not have to be recaptured or seen again. The KwaZulu-Natal Sharks Board’s programme of maintaining devices to protect swimmers requires frequent monitoring of its nets and drumlines, which means that there are regular opportunities for additional samples to be collected. These future samples can be sequenced, added to the existing genetic data already collected for this study and used for population monitoring.