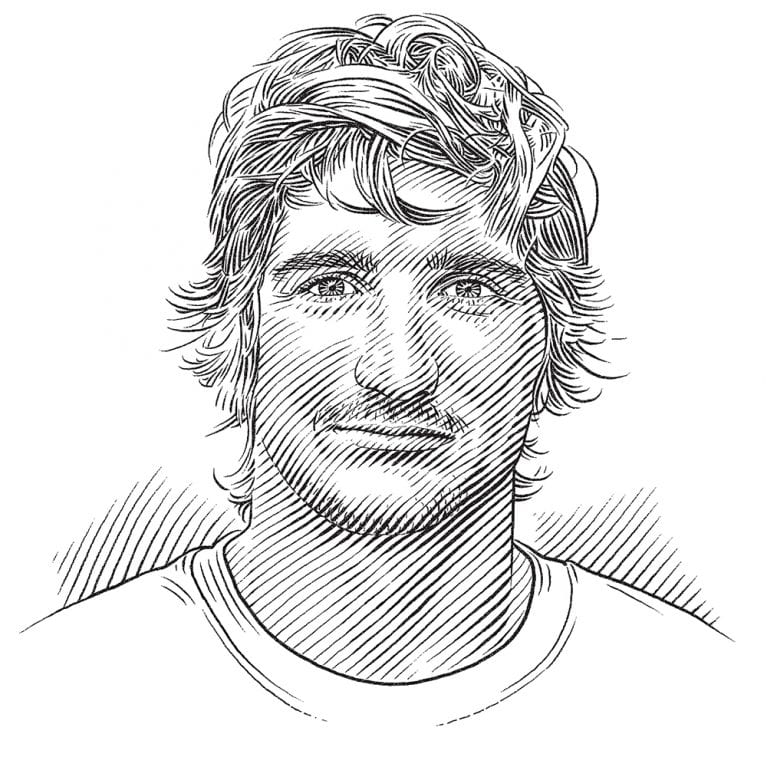 Having been born in Davos and grown up in Frutigen in Switzerland, I am used to seeing the snowy summits of the Swiss Alps. Despite growing up in the mountains, however, I have always had a strong interest in sharks and their environment. When I was asked by my kindergarten teacher what I wanted to do when I grow up, I told her that I wanted to study sharks. At the time, many people in Switzerland would have frowned at this, but now, nearly 20 years later, I am sitting in Bimini and the mountain summits have been replaced by dorsal fins cutting through the crystal-clear waters of The Bahamas.

When I finished high school and enrolled at the University of Berne to study for my BSc in biology, I began looking into opportunities to pursue my childhood goal to work academically with sharks. Finding this kind of information in Switzerland is somewhat difficult and can be very frustrating. However, when I read about the Bimini Biological Field Station Foundation, the famous Dr Samuel Gruber and the work being done at the Shark Lab I quickly put together a plan to get where I wanted to be and do what I wanted to do. But it took another 12 months, and one year of following my ‘plan B’ (studying in medical school in Switzerland), before I landed in Bimini in September 2016 to start my one- month stint as a volunteer. The one month quickly became an offered four-month spot, which after two months turned into a position as project leader investigating the impacts of dive tourism and daily provisioning on the great hammerhead sharks in Bimini. I used this project as the thesis for my MSc in animal biology at the University of Basle.

After successfully defending my MSc thesis, I immediately booked the next flight back to Bimini, as I had been accepted as a Principal Investigator at the Shark Lab, starting in July 2018.

I am currently conducting the field work for my PhD project in Bimini, The Bahamas, where most of my days are spent on the island, although some very exciting collaborations also take me to Florida’s East coast and the Florida Keys. From time to time I return to the Swiss mountains, as I am enrolled at the University of Basle as a PhD student at the Institute of Zoology and a student in the lab of my supervisor, Prof. Dr Dieter Ebert.

I am a marine biologist with a strong interest in the behaviour, physiology, migration, predator–prey interactions and conservation of elasmobranchs. This includes how they shape ecosystems and interact with their own as well as other marine species.

My PhD project has two parts. Firstly, I aim to assess the efficiency of potential time-area closures to reduce the interactions between two hammerhead sharks – scalloped hammerhead Sphyrna lewini and great hammerhead S. mokarran – and fisheries along the Atlantic coast of the USA. Secondly, I am working to better understand the potential effects of top-level predator presence and absence on a meso-consumer (mid-trophic) population in Bimini, The Bahamas.

Scalloped hammerheads and great hammerheads are large-bodied sharks that occur in coastal-pelagic and semi-oceanic tropical waters around the world. Both species are highly mobile predators that are present in the US Atlantic and have been caught as target or by-catch species in a wide variety of fisheries. As a result, they have suffered from significant population declines throughout their range. Compounding these declines are the two species’ high sensitivity to capture: 70–95% of hammerheads caught die before they are landed. Both species are classified as globally Endangered by the IUCN Red List. In 2013 they were listed in Appendix II of the Convention on International Trade in Endangered Species (CITES) and a year later in the Convention on the Conservation of Migratory Species (CMS) Appendix II. According to Jiao et al. (2011), scalloped hammerheads, which were periodically overfished from the early 1980s until 2005, have shown a high risk of overfishing in recent years. Data about the status of the great hammerhead sharks in this region are scarce in quality and quantity. Most likely they were overfished in the mid-1980s and periodically from 1983 to 1997. However, currently the risk of overfishing is low.

Due to the high at-vessel and post-release mortality of these species, traditional management methods such as the prohibition of landings are expected to have limited success with regard to their conservation, and alternative management strategies are needed. My project will identify the seasonal distribution and relative density of hammerheads from fishery-dependent and fishery-independent data sources and combine these findings with quantified horizontal movement patterns along the US Atlantic coast, as revealed by satellite tags on both species. The results will show detailed spatio-temporal distributions that allow me to assess the efficacy of time-area closures in order to reduce the spatial and temporal overlap between fishery activities and the two species.

The second part of my PhD project aims to characterise the potential predator–prey interactions between the great hammerhead shark and a smaller meso-consumer, the southern stingray Hypanus americanus. While great hammerheads show seasonal residency at Bimini, southern stingrays are present at the islands year-round. This creates a dynamic system that I intend to use to advance our understanding of how apex predators influence the behaviour and ecological role of a meso-consumer and the effects of a potentially reduced top-down control in an ecosystem.

Acoustic monitoring, accelerometer-enabled data storage tags, stable isotope analysis as well as body condition factor assessments will be used to reveal potential changes in daily activities, depth and thermal preferences, as well as to establish the fine-scale behaviour of the local stingray population during periods when great hammerhead sharks are present or absent.