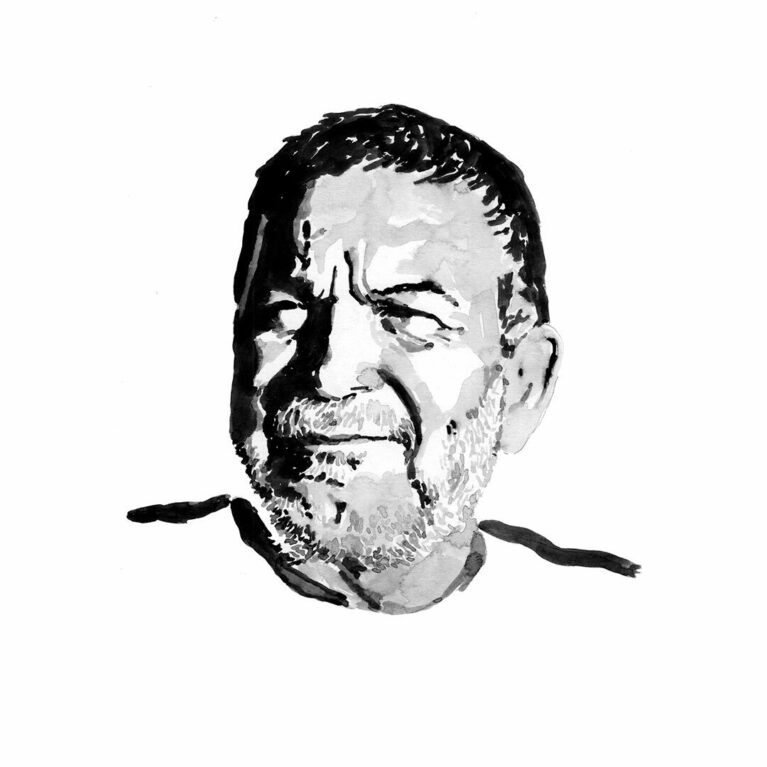 I was born and raised in Los Angeles, California, the son of Costa Rican immigrants. I lived only blocks away from the ocean and, like so many of my generation, was inspired at a very early age by The Undersea World of Jacques Cousteau television show. My family returned to Costa Rica when I was only 10 and so I ended up in one of the most biologically diverse places on earth! I studied biology at the University of Costa Rica, where I developed a strong interest in the biology and conservation of sea turtles. After graduating, I focused on mitigating the impact of fisheries-induced mortality in sea turtles. While I was studying the impact of shrimp trawls on turtles, the trawl operators pointed fingers at the longline industry, which led me to place observers on longline boats to evaluate the problem. That was when I stumbled on the shark-finning issue, an event that changed the course of my career.
I realised that this isn’t a turtle or a shark problem, it’s an overfishing problem with ecosystem impacts – and you can’t solve an ecosystem problem with monospecific solutions. With the best scientific evidence available, I have appealed to the courts and obtained results that have had domestic, regional and global impacts. I have been fortunate enough to represent my country as a scientific consultant to the United Nations and to wildlife conventions such as the Convention on the International Trade of Endangered Species of Wild Fauna and Flora (CITES) and the Convention on the Conservation of Migratory Species of Wild Animals (CMS). I currently work as the marine conservation policy adviser for the Colorado-based non-profit Fins Attached Marine Research and as the development adviser for the Costa Rican non-profit the Endangered Marine Species Rescue Centre (CREMA is its Spanish acronym).

I do my field work in two locations: the southern Nicoya Peninsula and Cocos Island National Park. Community-based sea turtle conservation projects have been operating in five coastal communities of the southern Nicoya Peninsula since 1998 and we have worked with small-scale fishers of the area since 2007. We helped create two marine national wildlife refuges in which shrimp trawls, longlines, gillnets and commercial compressor diving are banned and only small-scale fishing for spotted rose snappers is allowed. We are currently monitoring the movements of bull sharks, manta rays and hawksbill sea turtles in the area with the aim of improving marine conservation policy in the region.
Since I began monitoring the movements of sharks and turtles in the Cocos Island National Park in 2005, I have been to Cocos Island 48 times! Our work there consists mainly of scuba diving to catch and tag sea turtles and sharks, as well as bringing the sharks on board to tag them with sophisticated satellite tags. More recently I have focused on carrying out research at remote sea mounts to study how they affect the migratory movements of endangered sharks. This new information is being provided to the authorities to enhance marine conservation policy, mainly by expanding current marine protected areas and creating corridors between them.

I don’t spend as much time doing field work as I would like! Most of my field work is done in my role as the head biologist aboard the research yacht M/V Sharkwater five months of the year. Leading scientific expeditions to tag sharks and turtles along the coast of Costa Rica and around Cocos Island involves lots of diving! For the rest of the year I try to do as much field work as I can for our coastal projects, mainly the in-water tagging of sea turtles, sharks and manta rays. Most of this work, however, I delegate to other young emerging biologists, as I have delegated the entire community-based sea turtle conservation programme at nesting beaches. So roughly half my time is spent in the field and the other half I work from my home (due to Covid-19 restrictions). Here I am busy with routine reporting and fundraising, as well as one of the most important aspects of the work: turning the science into policy. This requires campaigning, building coalitions, creating public awareness, meeting with politicians, going to the congress, getting public support and, at least in my experience, resorting to court, where the true policy changes have been obtained. There is no daily routine in this line of work!

Randall wants to help better protect migratory marine animals in the Eastern Tropical Pacific. He is interested in hammerhead sharks that aggregate around ocean islands (which are protected) and then migrate along the Las Gemelas and West Cocos seamounts (which are unprotected) between these islands. After deploying acoustic receivers, i.e. deep listening stations, at the summits of these underwater mounts, Randall and his team will track tagged hammerhead sharks in relation to these seamounts. The team will also deploy baited remote underwater video systems (BRUVs) to do ongoing monitoring at both sites.