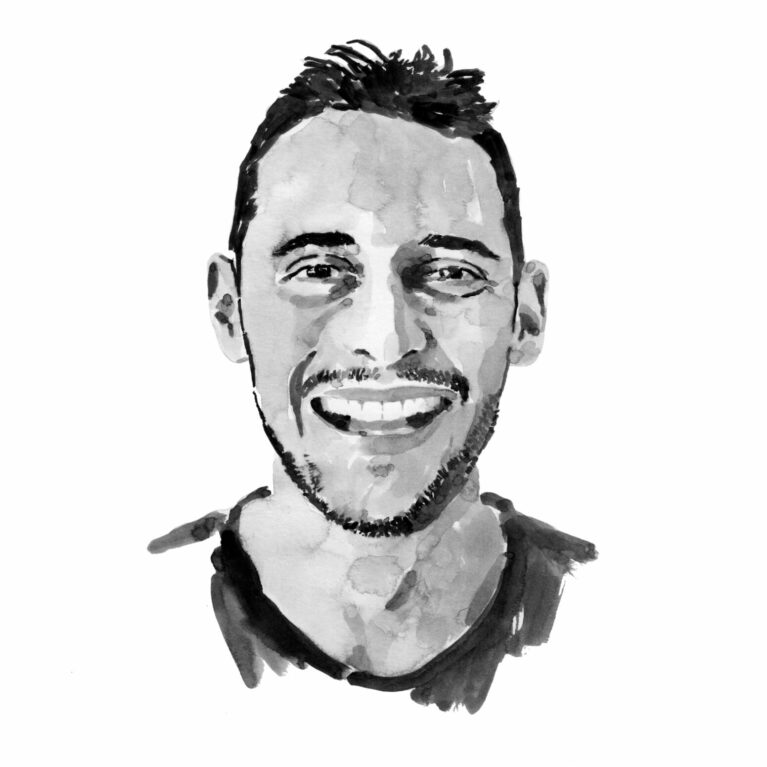 Ever since I saw my first shark in 2013, I knew that I wanted to become a marine biologist and work with these fascinating animals one day. I grew up in Germany, some three hours’ drive from the nearest ocean, but discovered my passion for marine life at the age of 11 when I dived for the first time with my dad. That was in the Red Sea, in Egypt, and I remember being blown away by the colours and the number of fish we encountered – unlike anything I’d ever seen before. On finishing school, I flew to Seychelles for six months to undertake an internship in marine conservation, learning how to survey coral reefs and their associated species. That was when I realised that I wanted to work with coral reefs full-time, so while I was out there I applied to study marine biology in the UK.

Fast forward to 2018 and I graduated with a BSc and an MSc in marine biology and zoology from Bangor University in North Wales. I had the opportunity to return to Seychelles and work as a science officer for the same programme where my journey began, so I spent the next year and a half teaching volunteers how to survey coral, fish and invertebrate species. Then many coincidences occurred at once and I found myself aboard the Ocean Zephyr, an offshore wind-farm construction that had been turned into a science vessel and was visiting Seychelles’ Outer Islands to study their deeper reefs and explore habitats that had never been seen before. A few months later I joined Nekton, the company behind the research cruise, and have worked in Oxford in the UK for the past two years and three months. The focus of my work was mainly to analyse the collected stereo video footage from our dives and then to help write up and distribute the data.

I was fortunate enough to call the beautiful Seychelles my home for more than two years in total and have recently finished my contract in the UK, where our work and research cruises focused on the Western Indian Ocean. I am currently starting my PhD at the University of Western Australia in Perth, where I am part of the Marine Futures and Sea Around Us labs, working with a team of international predator ecologists and conservationists. Although now based in Australia, I am extremely lucky to have been granted funding by the Save Our Seas Foundation for my project, which allows me to conduct my fieldwork at the SOSF D’Arros Research Centre (DRC), located on D’Arros Island in Seychelles’ Amirantes Island Group. I will collect data on the reef shark populations that call D’Arros and the neighbouring St Joseph Atoll their home and will investigate how benthic dynamics influence their behaviour and habitat use.

Understanding what kind of habitat sharks prefer, especially in times of intensifying and re-occurring disturbances, is the main goal of our project. As coral bleaching events become more and more frequent and destructive, we want to investigate how the associated loss of three-dimensional habitat complexity affects reef sharks and their prey. For this project we will use a combination of methodologies that range from camera systems to DNA analysis, looking at reef sharks’ movement patterns, habitat use and diet, the distribution of their prey species and the three-dimensional coral reef complexity. By using this combination of survey methodologies, we will collect data on a range of parameters that can ultimately help conservation practitioners in the effective management of reef sharks across the Western Indian Ocean region.

Project
The right reefs for sharks

Nico is using acoustic telemetry and BRUVs around Seychelles to explore how reef sharks are using their reef homes. What are they eating? What prey is available? His project aims to explore what factors influence ideal habitats for sharks and will combine information from both pristine and degraded reefs to create a model to test this suitability. The point? To build on work by the Marine Futures Lab across the Indian Ocean and the Indo-Pacific and to help identify priority shark conservation areas.