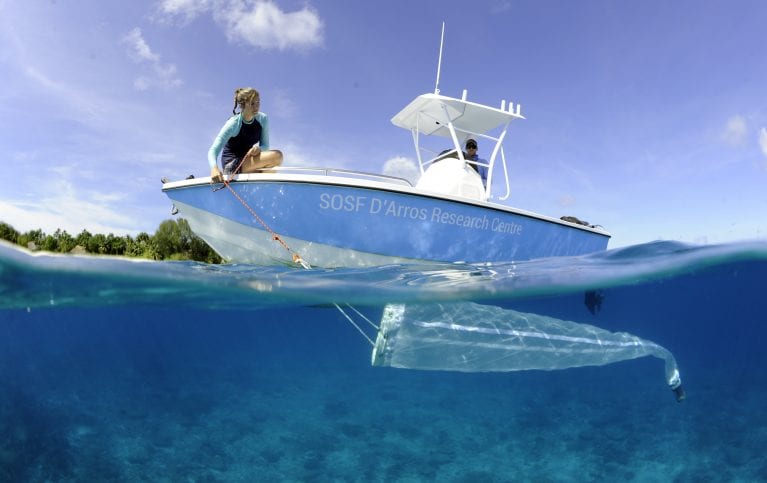 For over fifteen years, the Save Our Seas Foundation – D’Arros Research Centre (SOSF-DRC) has conducted research that focuses on marine and tropical conservation in the Amirantes Island group of the Seychelles. Together with the biological diversity and abundance of its sister atoll, St Joseph, D’Arros Island provides an outstanding ocean observatory for scientific research and discovery. Since its establishment in 2004, DRC core research focuses on long-term data collection and monitoring programs, such as a coral reef and turtle monitoring, as well as targeted research projects. 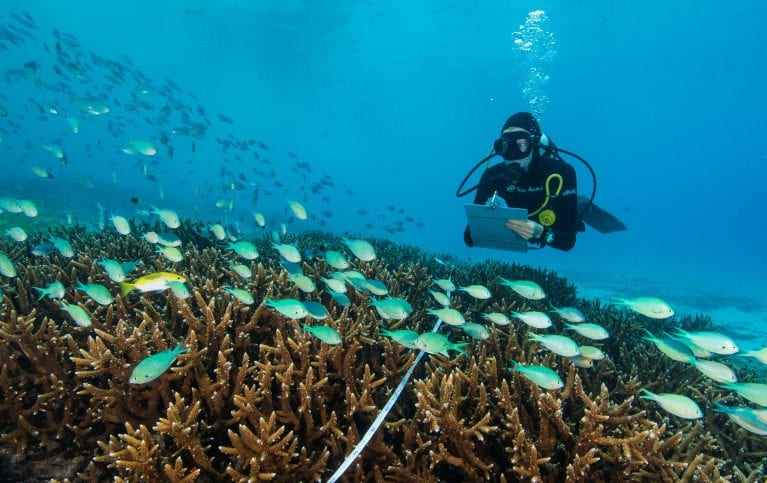 In addition to the ongoing core research programs, up until 2020, the SOSF-DRC has supported more than twenty targeted research projects. These have included the studies of 12 species, such as vulnerable manta rays (Manta alfredi), critically endangered hawksbill turtles (Eretmochelys imbricata) and endangered green turtles (Chelonia mydas). 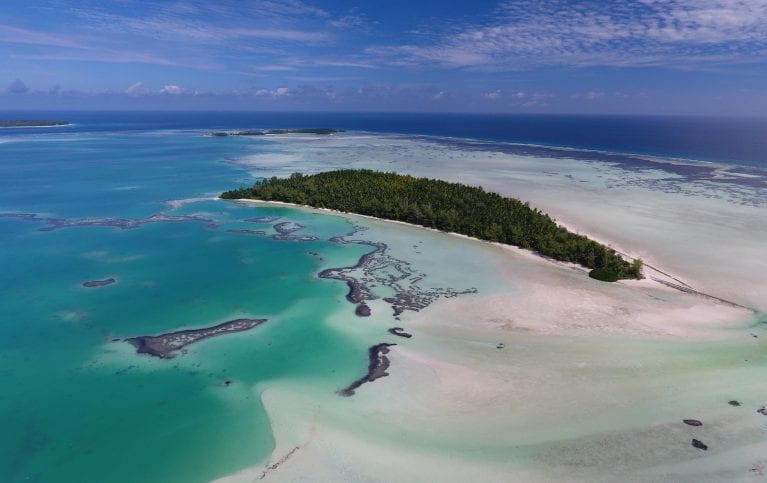 As the smallest African nation, the Republic of the Seychelles is made up of 115 islands covering 459 kilometres squared of total landmass. Scattered approximately 1,600km off the coast of Kenya, D’Arros Island and St Joseph Atoll lie roughly 225km southwest of Mahé at 5°S of the equator as part of the Amirantes Island group of the Outer Islands of the Seychelles.

The sandy beaches of D’Arros wrap 5km around and its highest elevation is 3m. D’Arros Island is separated from St Joseph Atoll by a deep channel to the east, roughly 1km wide and about 60m deep. St Joseph Atoll consists of several named vegetated islands, the largest of which is its namesake, St Joseph Island. The inner lagoon of St Joseph is entirely enclosed at low tide and is roughly 7m at its deepest. 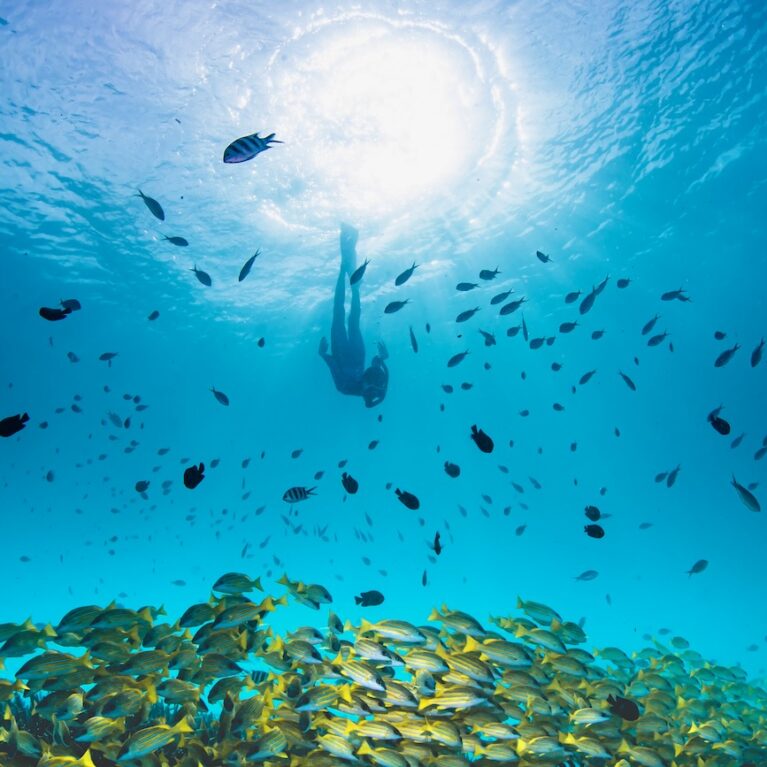 Discover why D’Arros and St Joseph are so important for threatened species! Win a spot in the new competition!
Can you help advocate for Seychelles’ critically endangered species and create awareness in your school or community?    The Save Our Seas Foundation (SOSF) is launching its next D’Arros Experience competition open to all Seychelles resident between the ages of 10 and 14. The prize? Participating in a one-week environmental… 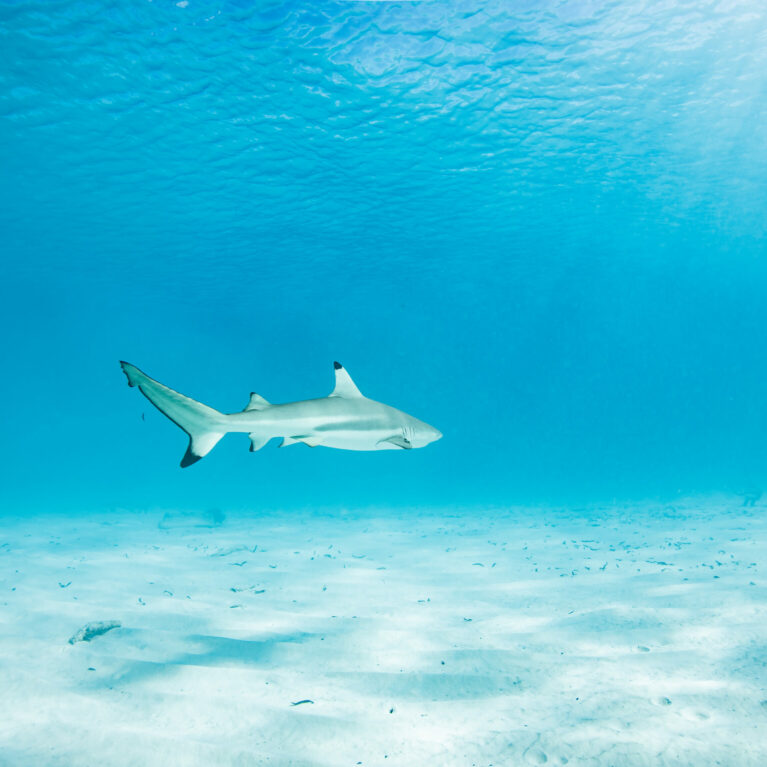 Celebrating 10 years of D’Arros Research Centre
What might wilderness mean? We reflect on a decade of the Save Our Seas Foundation at the D’Arros Research Centre   ‘I think that many of the people who seem uninterested in the marine environment, on other Seychelles islands like Mahé or Praslin, are simply so because they’ve not yet experienced…
PhD opportunity studying manta rays
Activity and energetics of reef manta rays (Mobula alfredi) in contrasting seascapes The Project Reef manta rays are iconic inhabitants of coral reef ecosystems in the Indo-Pacific and have been shown to spend extended periods of time aggregating at select locations. While the habitat use patterns of reef manta rays…
See all centre news